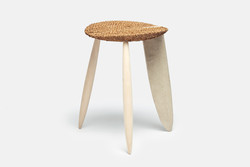 The collaboration between the two started during their BA in communication design, illustrating books and magazines. Their interest in product design developed on the IM masters course at Design Academy Eindhoven, where they graduated in July 2009 with a thesis based on traditional Sicilian folk craft. Formafantasma’s work explores such issues as the role of design in folk craft, the relationship between tradition and local culture, critical approaches to sustainability and the significance of objects as cultural conduits. They identify their role as the bridge between craft, industry, object and user and seek to stimulate a more critical and conceptual design dialogue through their work. Works of Studio Formafantasma has been shown during the Milan and the Dutch Design Week, Abu Dhabi Art, during the ICFF in New York, Design MiamiBasel,the prestigious auction house Sotheby’s in London and other international design fairs and exhibition. Formafantasma’s works are part of the collection of: Victoria and Albert Museum, Droog Design, Rossana Orlandi Gallery in Milan, Moss gallery NY, Nodus Rugs, Dilmos Gallery, Libby Sellers Gallery, Textile Museum in Tilburg, Stedelijk Museum Den Bosch, Mudac, The Art Institute of Chicago, Fendi and Vitra Design Museum.

In March 2011 Studio Formafantasma has been nominated by Alice Rawsthorn, design critic of the International Herald Tribune and New York Times and Paola Antonelli, design curator of the MOMA in NY, as one of the twenty most promising young design studio.

The studio has been between the finalists of the Index Award 2011, Brith Insurance Designs of the Year 2012, IMM Young Design Award 2011, Dutch Design Awards 2012, Doen| Material Prijs, Elle Decor International Awards, Innovation by Design Awards-Fast Company and Icon Design Awards. Andrea and Simone are lecturing and heading workshops in various Education and Institutions. At the moment they are teaching at the ‘Well Being’ Department of the Design Academy Eindhoven. 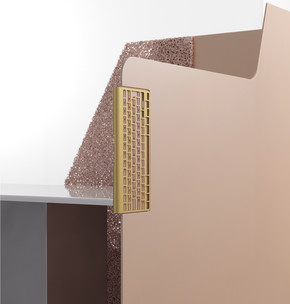