The first building on Coleman Street (in terms of postal address) in London's City is a nine-storey office building with an oval-shaped footprint. Viewed from the outside and thanks to its hard-edged facade it looks as if it has been modeled on the image of a giant crystal: Irregular-shaped and highly polished pre-cast concrete elements make up the structural framework and into it have been fitted seemingly frameless dark blue shimmering windows. English architects office David Walker Architects used a construction system of pre-cast concrete components to create this crystalline optic.

The 425 pre-cast concrete elements made by Belgian company Decomo, which specializes in planning and realizing concrete structures, go to form the backbone of the column-&-beam structure. David Walker Architects devised a plan such that no single form would be used more than six times in the overall structure of the building. Nevertheless, the varied order of single geometric forms creates an appearance of formal symmetry.

This makes the building not just aesthetically appealing but exemplary in technical terms. The harmonious facade image is achieved by structural glazing: This means that the individual glass panels do not require a mechanical mount visible on the exterior. Instead they are glued to the frame construction on all four sides. The anti-UV glass (ipasol neutral 68/37) made by the Interpane company prevents the office rooms overheating in summer without overly restricting the transparency. 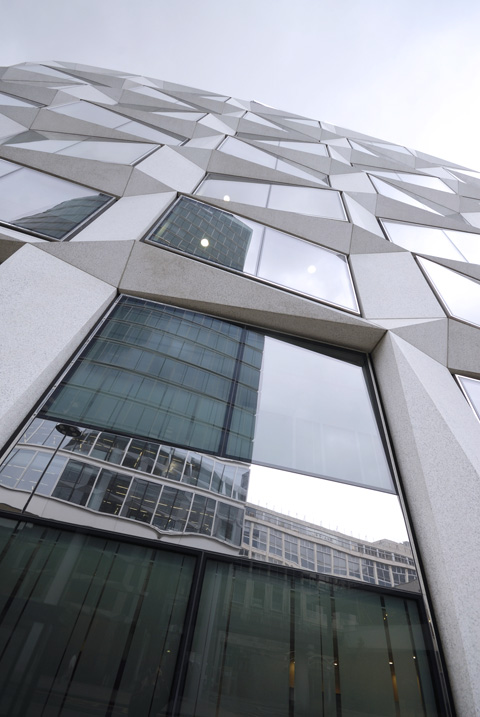 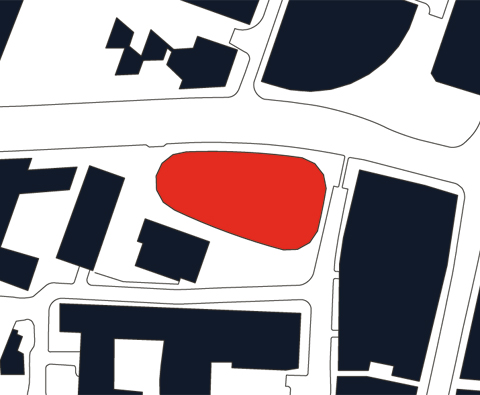 Illustration of the Location plan © dwarchitects 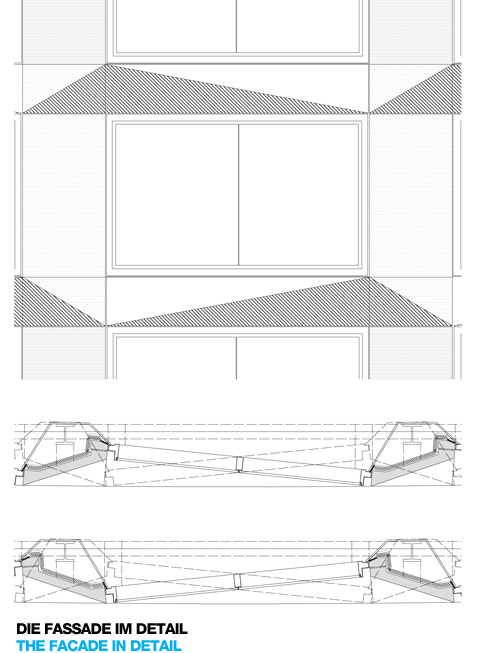 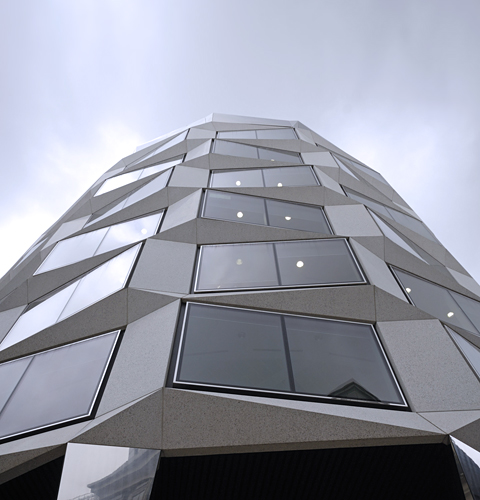 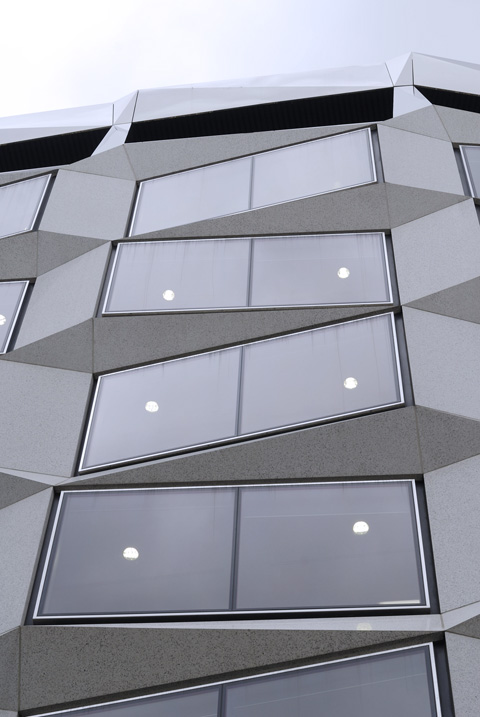 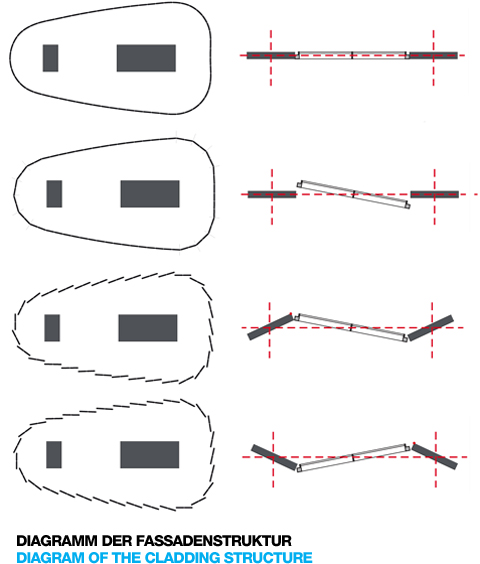 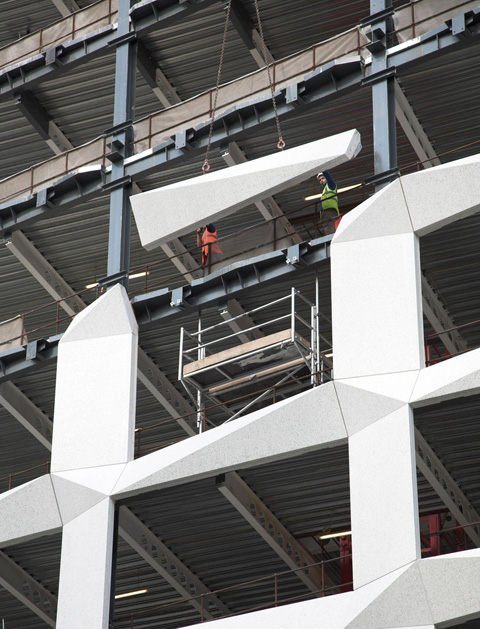