“Neue Kathedrale” (New Cathedral) is what residents of Cologne are calling the new subway station “Heumarkt”. The reason: with an underground hall that stretches upwards as much as 30 meters, this building very much approaches the dimensions of a church. Construction work started back in 2004 – the brief was to extend the subway station and protect it against flood damage and the danger of fire. This important transport intersection was re-opened for the Cologne subway and LRT lines in December 2013. It comprises a total area of 20,000 square meters, distributed across three levels. The vaulted ceiling far overhead and visibility over a wide area make this train station appear generously proportioned, open and elegant – despite the sometimes hectic bustle of the close to 10,000 persons using it each day.

At the Heumarkt subway station trains on the north/south line meet the east/west cross-town line. The intersecting levels are connected by means of an intermediate level designed to function as a strip mall. In other words, there is a lively bustle here underground – and for this very reason special safety measures are important. Architect Ulrich Coersmeier made sure that the relevant walkways were open and easy to negotiate, whilst Colt handled the provision of the fire safety technology. After all, if there is a fire, the smoke needs to be curtailed and channeled so that it does not spread uncontrollably. In such cases, the smoke curtains serve as a protective wall against the billowing smoke, forcing it into predefined areas. A total of 160 meters of these automatic fire guards, the Colt “SmokeMaster SM-5”, are installed right around the ceiling vents.

When the alarm is raised, the smoke curtains unfurl downwards, creating a two-meter-deep curtain within 60 seconds. They must also be able to withstand extremely high temperatures for at least 30 minutes – Colt’s smoke curtains hold out for twice as long. The “SmokeMaster SM-5” needs to be positioned so that the area from ceiling to floor is impervious to smoke – with such an open design as here at Heumarkt it is a tall order. But Colt proved its worth as a partner, and has managed to ensure a leakage rate just short of zero, even in difficult corner areas. If a fire should break out, the passers-by are therefore extremely well protected from uncontrolled smoke emissions. Nonetheless, the occasional passenger may well be given a fright by an acoustic art installation by Werner Reitener – in the evenings the artist uses a random generator to have a ghost train “pull in” to an arbitrary platform. 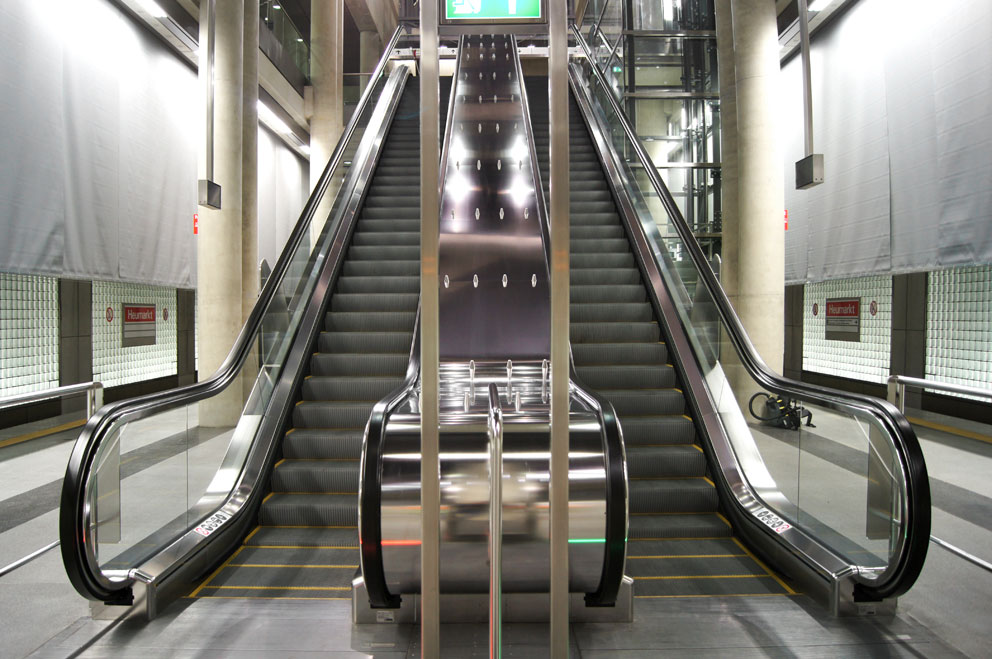 On both sides of the escalator there are Colt smoke curtains – particularly important in public buildings. Photo © Colt International 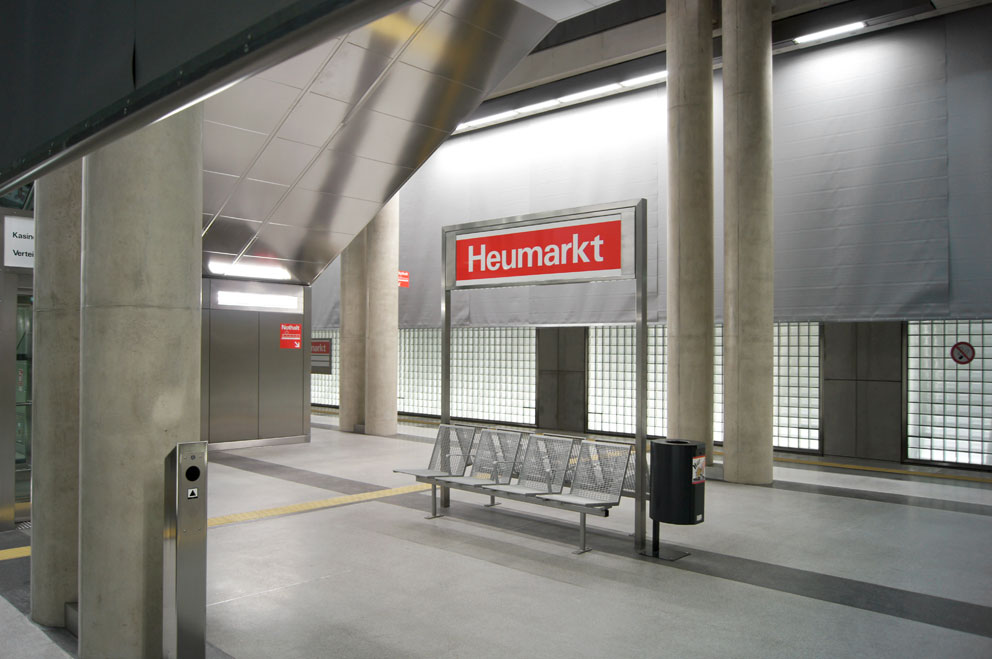 When the alarm is raised, the “SmokeMaster SM-5” rolls down automatically within 60 seconds. Photo © Colt International 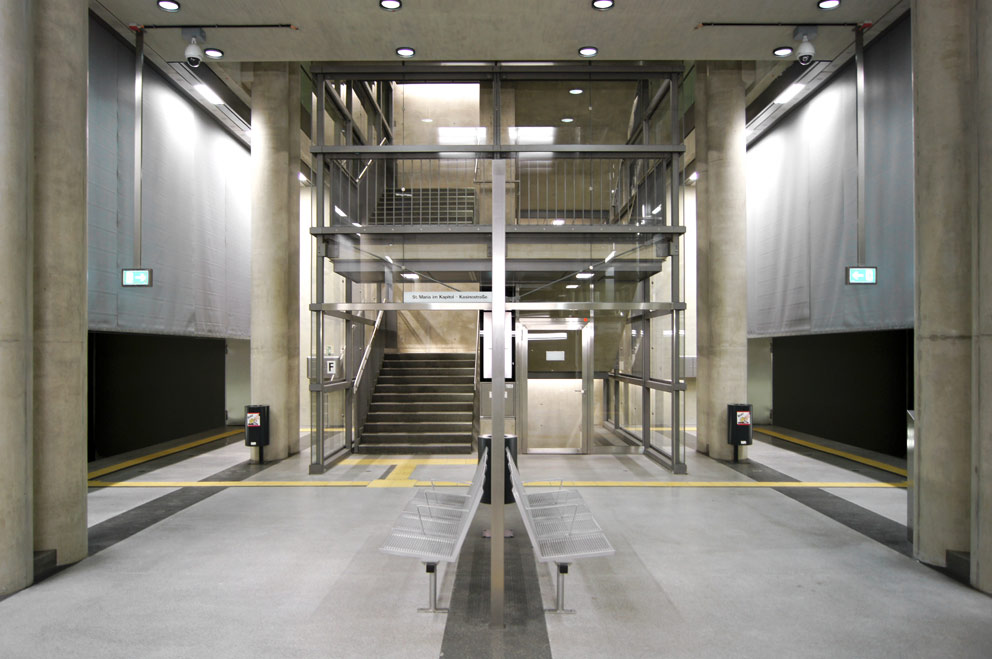 Colt had to define various different smoke sections throughout the building before the curtains could be installed. Photo © Colt International 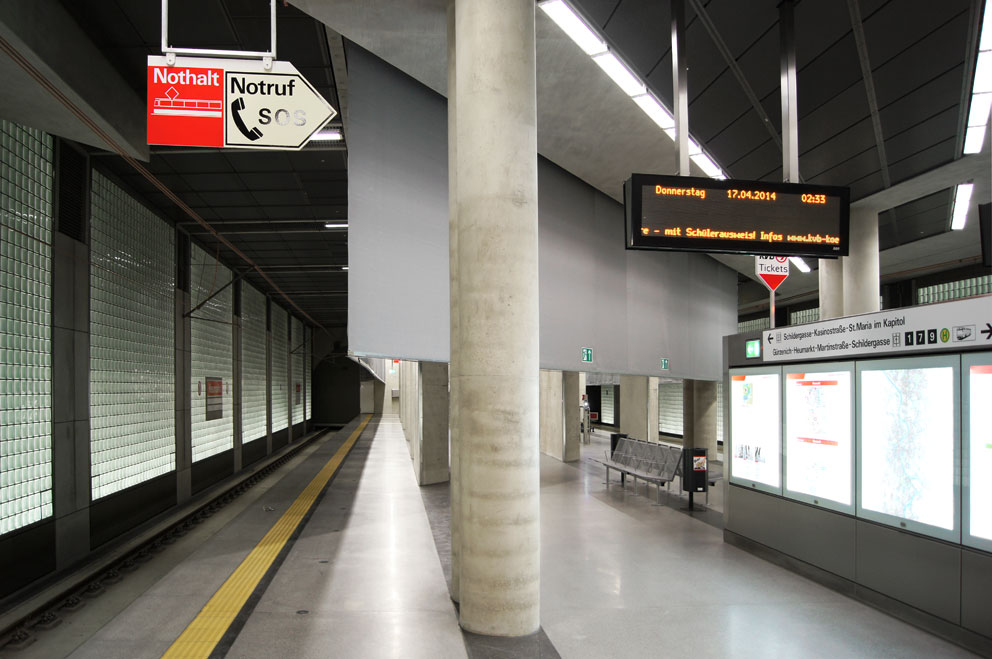 Under the terms of the STUVAtec fire protection concept the “SmokeMaster-5” needed to be installed. Photo © Colt International 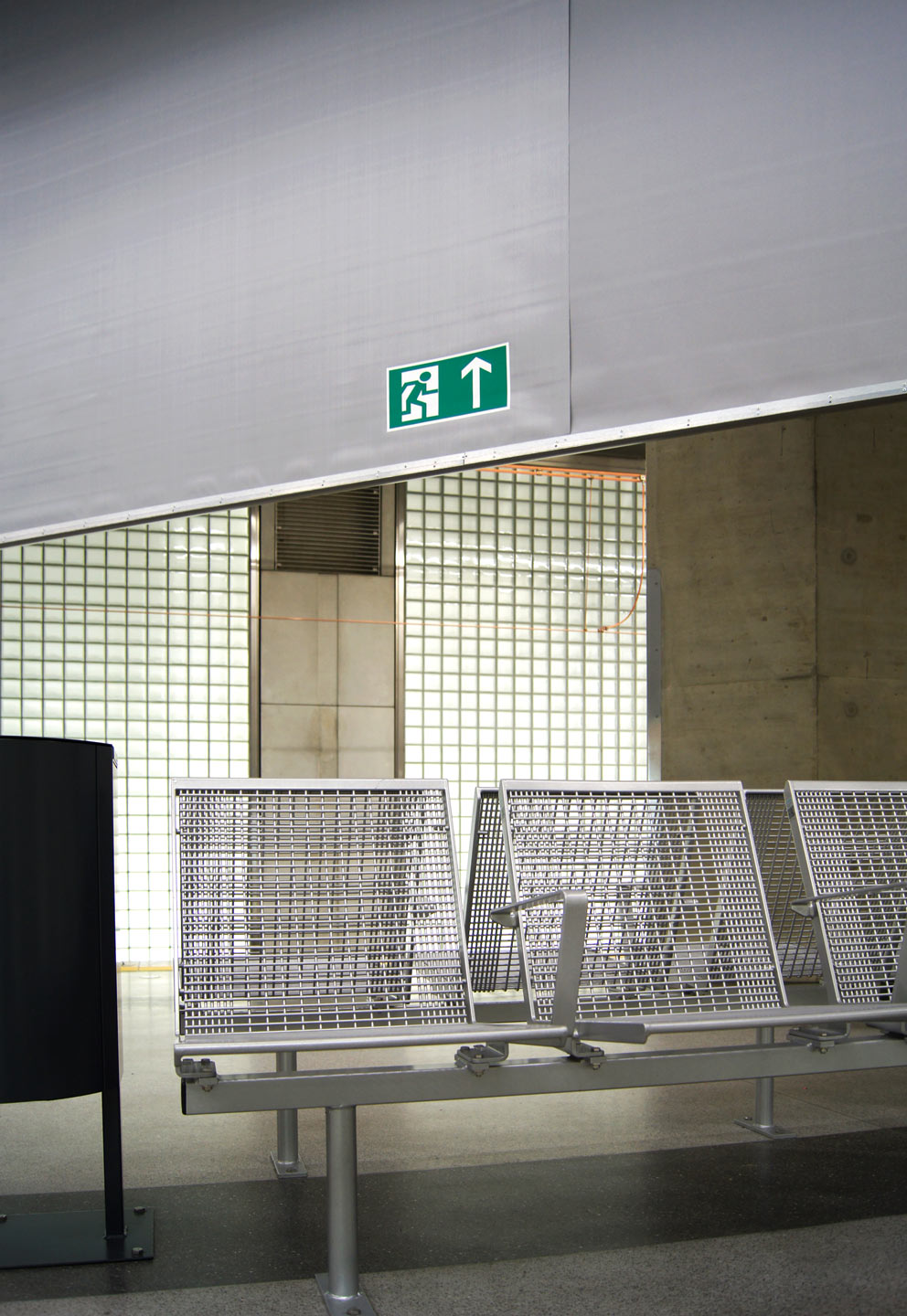 The smoke curtains are certified in accordance with EN 12101-1. Photo © Colt International 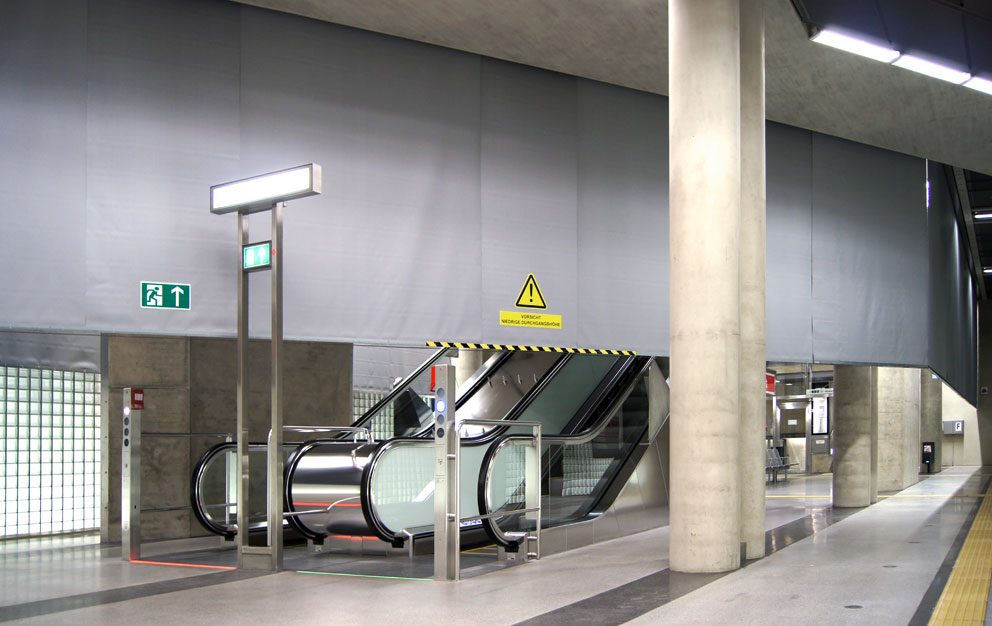 One particular challenge for Colt was the sheer dimensions of the subway station. Photo © Colt International 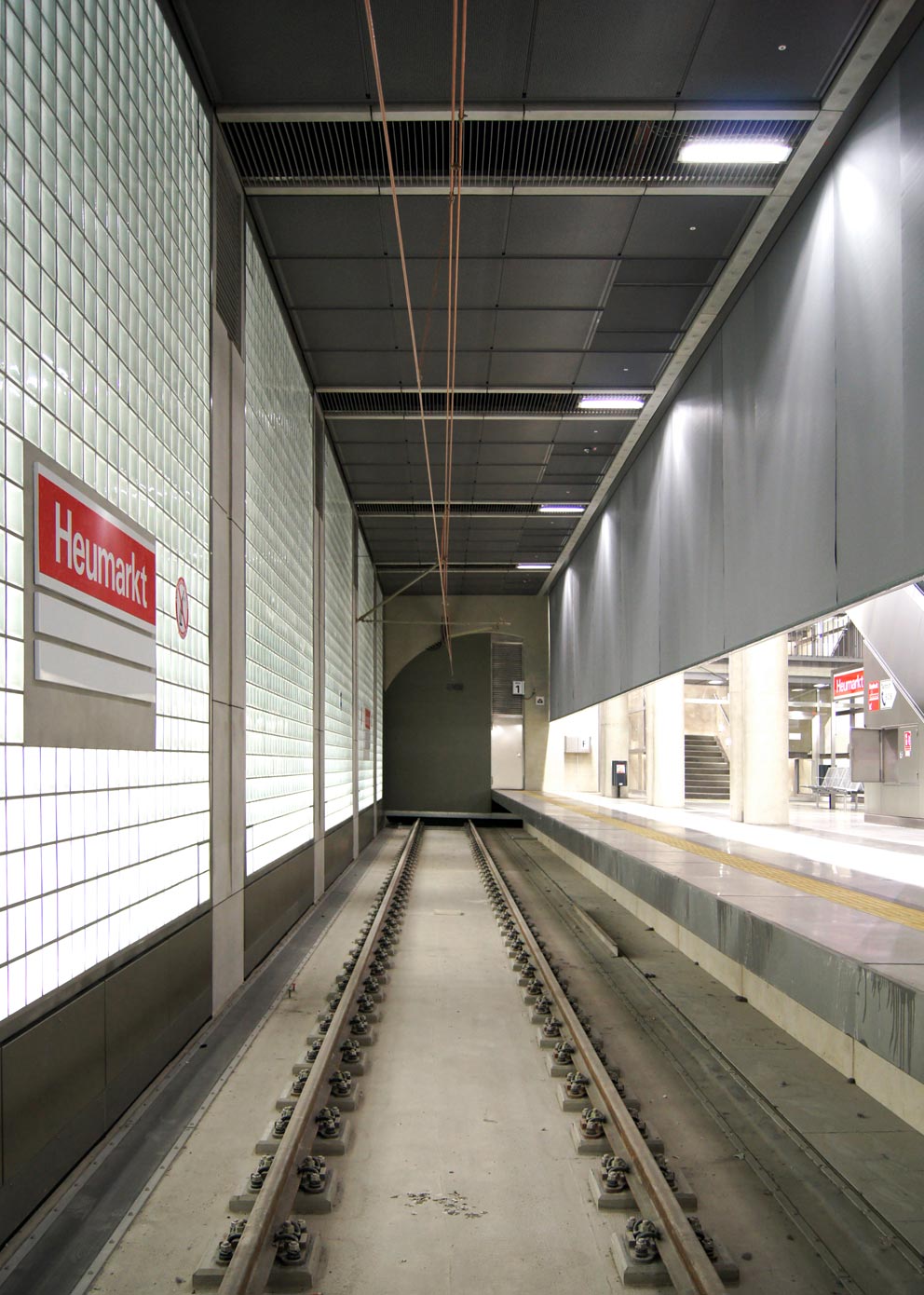 The boxes containing the smoke curtains need to be installed so that the area between the wall and the ceiling is smoke-proof. Photo © Colt International