A few years ago, the "Unprivate House" caused a real stir in the world of architecture, among other things as an exhibition catalog published by the New York Museum of Modern Art. The focus at the time was on opening out a private residence to its surroundings. A house in Otake created by "Suppose Design Office" and architect Makoto Tanijiri seems to have taken its cue from this principle. "Our goal is to find something new, which is not unfamiliar to people but something that has potential to be basic in our life" describes Yukiko Kondo of Suppose the work of the office.

The house stands on a mountain slope in Kamei Park close to the ruined castle of the same name, and most of the rooms have sliding window-walls that can be opened wide to offer an overwhelming view of the countryside with the Seto Lake below. The actual and conceptual freedom delivered by the simple but pure design creates a living space that is far more strongly defined by the surrounding nature than by the house's restrained design. The black-clad steel structure of the two-storey residence is aligned to the view, creating a sense of openness even when the window walls and the rear façade are closed. The projecting eaves of the roof creates a very definitive and striking shape for the building. Thanks to its gleaming surface, the Otake House also stands out against the beauty of its surroundings. The location, the very special, reduced design, and the unusual structure combine the old and the new to form a mixture of Japanese living traditions and contemporary architecture. 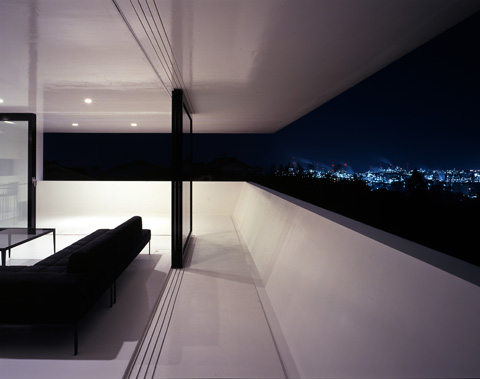 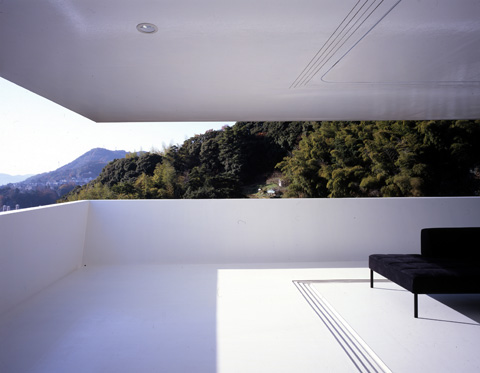 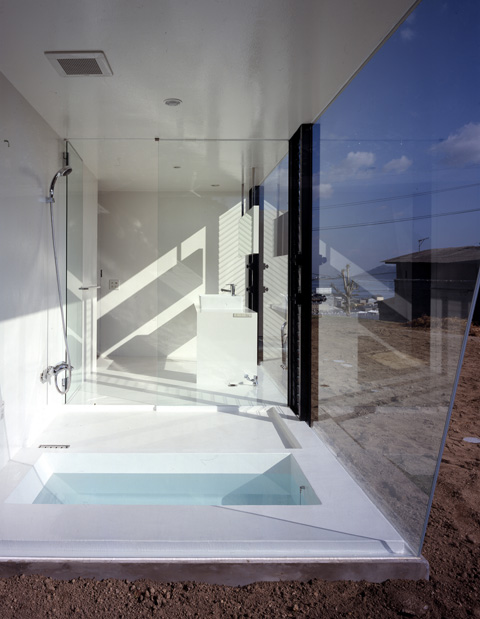 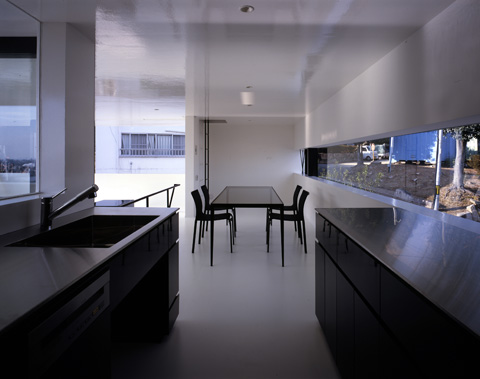 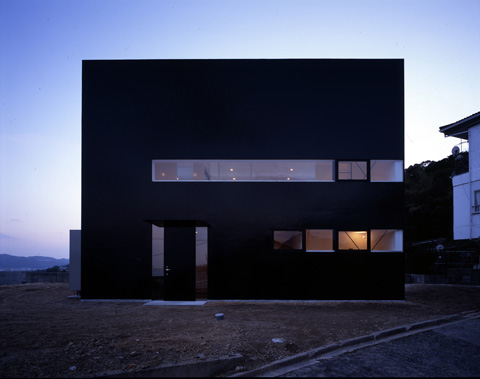 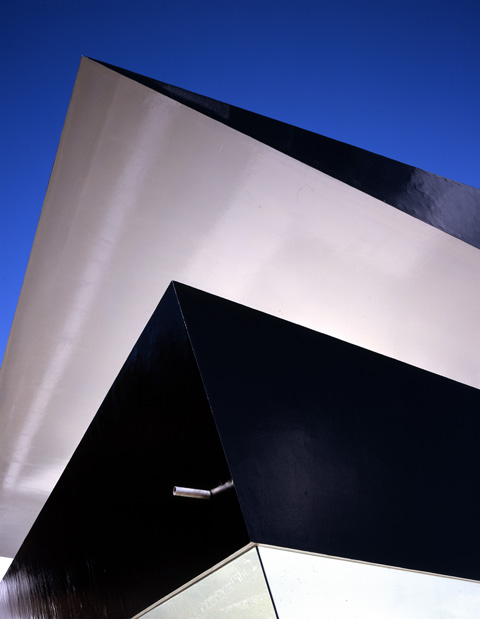 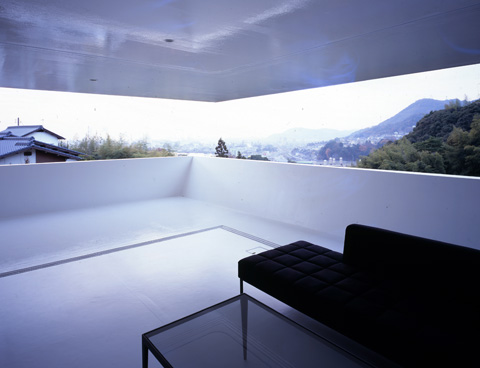 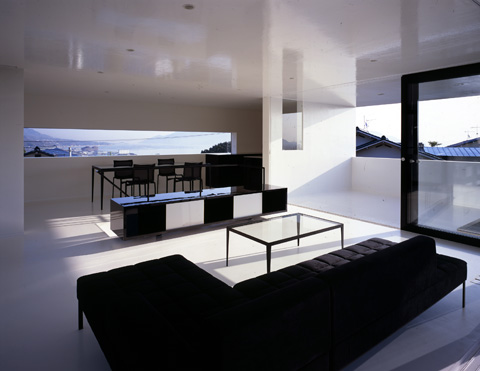 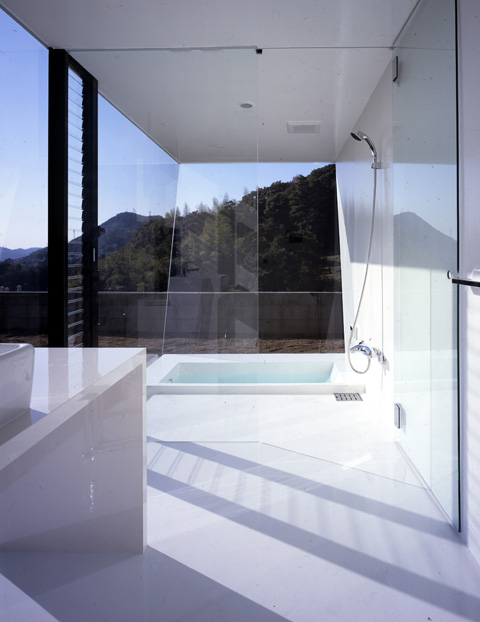 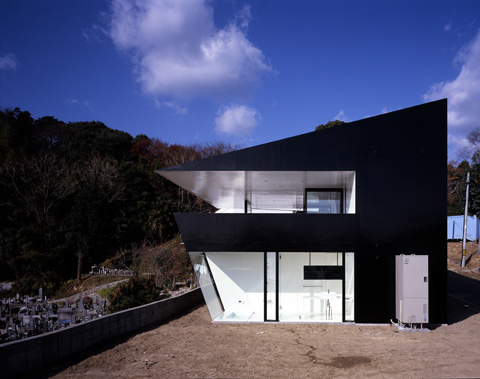 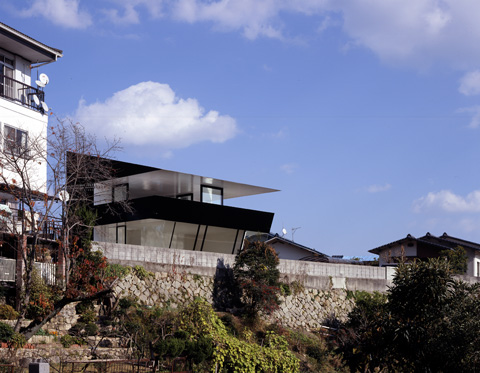