top
Californian Modernism in Bielefeld
May 7, 2015

“Haus O” radiates a sense of lightness and calm – and an elegance that brings to mind the architecture of Californian Modernism. Yet the residents of this villa don’t look out over Los Angeles, but over Bielefeld in Central Germany, and its attractive rural surroundings. The detached family home sited on an exposed hillside was designed by Sebastian Büscher Architekten. From the street the building initially simply looks like a modest bungalow. It is only when you get to the garden side that the sophisticated architectural concept is revealed: The shape of the house is informed by asymmetrically interlocking cubes extending over three stories and extensive full glass frontages on each level. The large windows are primarily a result of the location of the site on a northern slope; indeed, the architects wanted to create a light-flooded interior.

Wholly in line with the nature of modern architecture, the planners forwent decorative elements. Consequently the façade appears extremely restrained – the glass of the windows emphasizes the plain, rough surface structure of the exposed concrete. In the interior the puristic design is consistently continued down to the smallest detail. The architects used Corten steel and wooden panels for the ceilings and walls and also opted for polished exposed concrete for all work surfaces.
“The reduced design is intended to eliminate all disruptive elements and direct the gaze onto the very special character of the concrete with its particular surface structure. I selected restrained furnishings, mostly built-in furniture, that meld into the architecture of the space,” explains architect Sebastian Bücher.

Absolute precision was important to the architect, including in the details that only come to light on closer inspection – such as the door hinge systems by Simonswerk. The floor-to-ceiling doors in silky white are visually unobtrusive and were installed with a shadow gap to the wall. The hinge system “Tectus” by Simonswerk was fitted, cleverly concealed, in the block frames – perfect for straight-line and flush spatial design and for anyone wanting nothing less than top quality. With the completely concealed hinge system “Tectus”, Simonswerk offers maintenance-free slide bearing technology, an easy-to-assemble 3D adjustment system and load capacities of up to 300 kg – with an opening angle of 180 degrees. 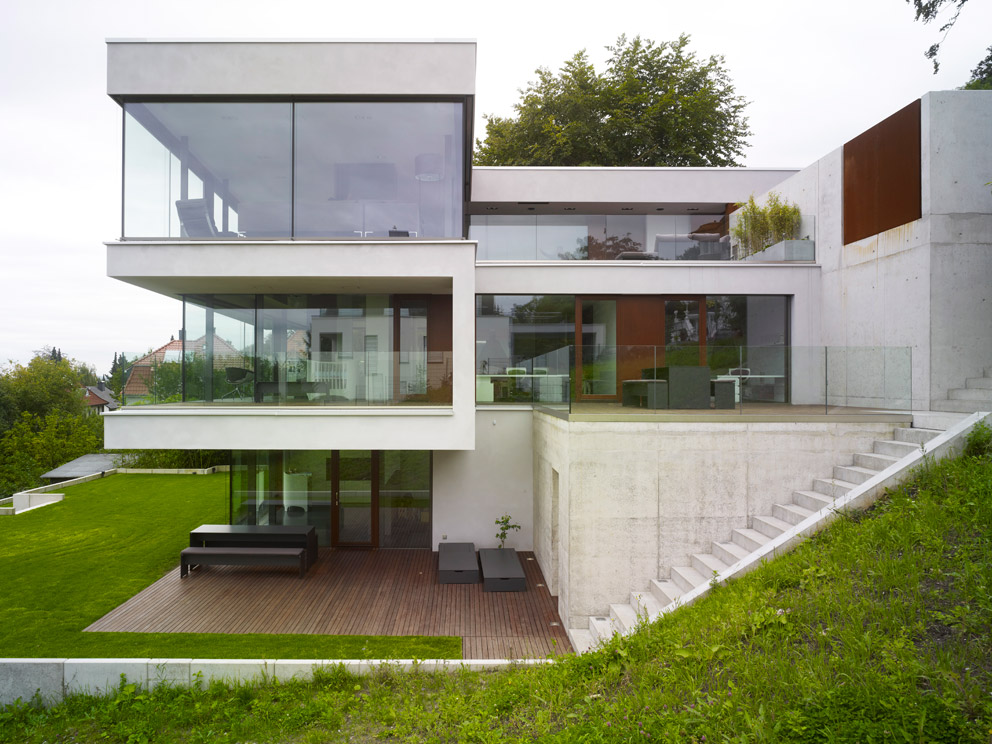 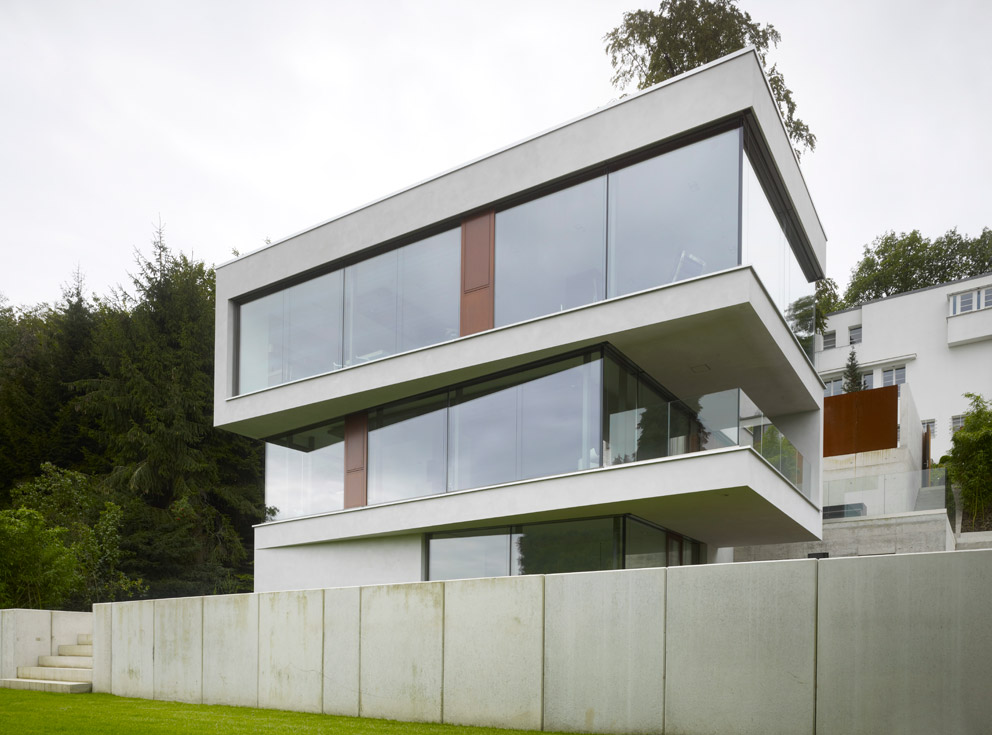 Light and bright: The house has a modular structure – with interlocking cubes made of glass and fair-faced concrete. Photo © Christian Richters 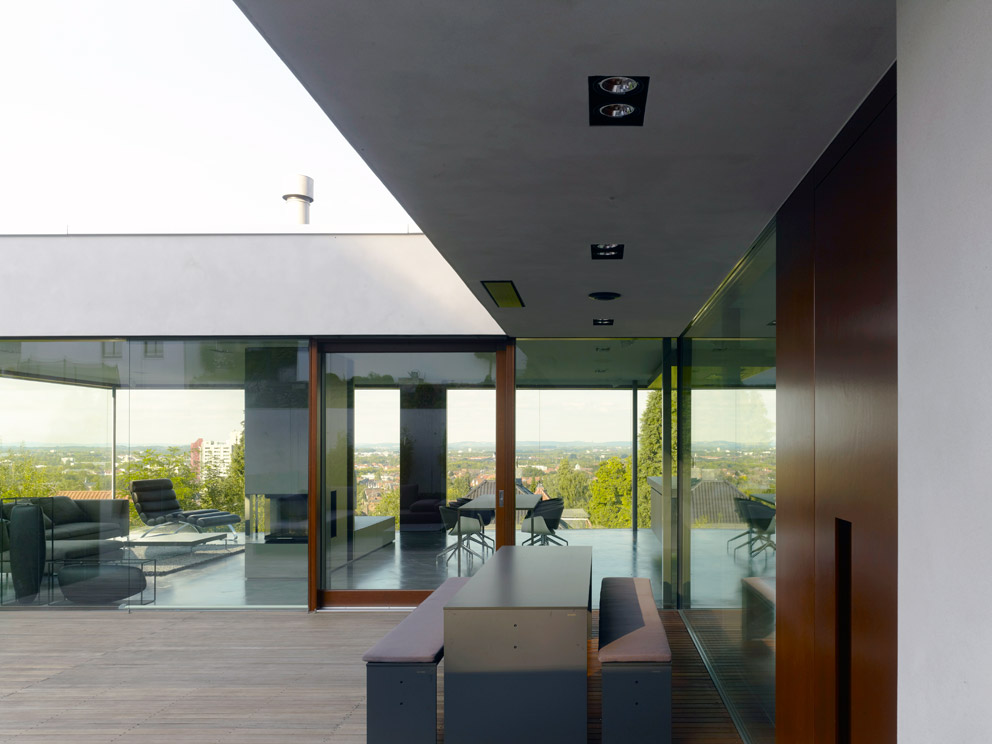 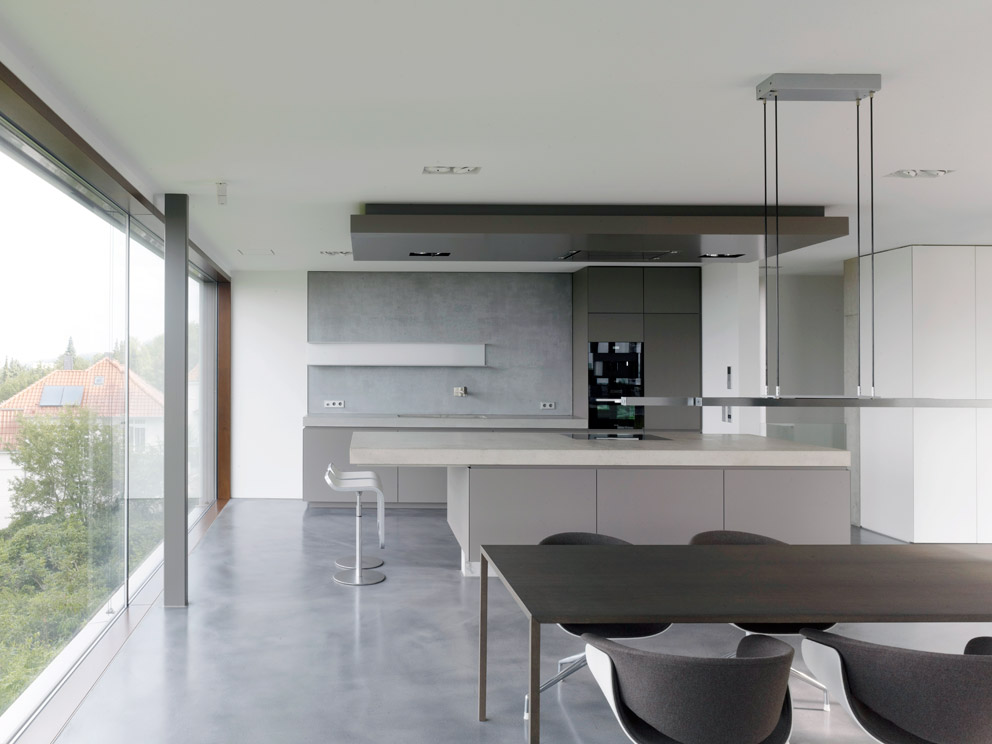 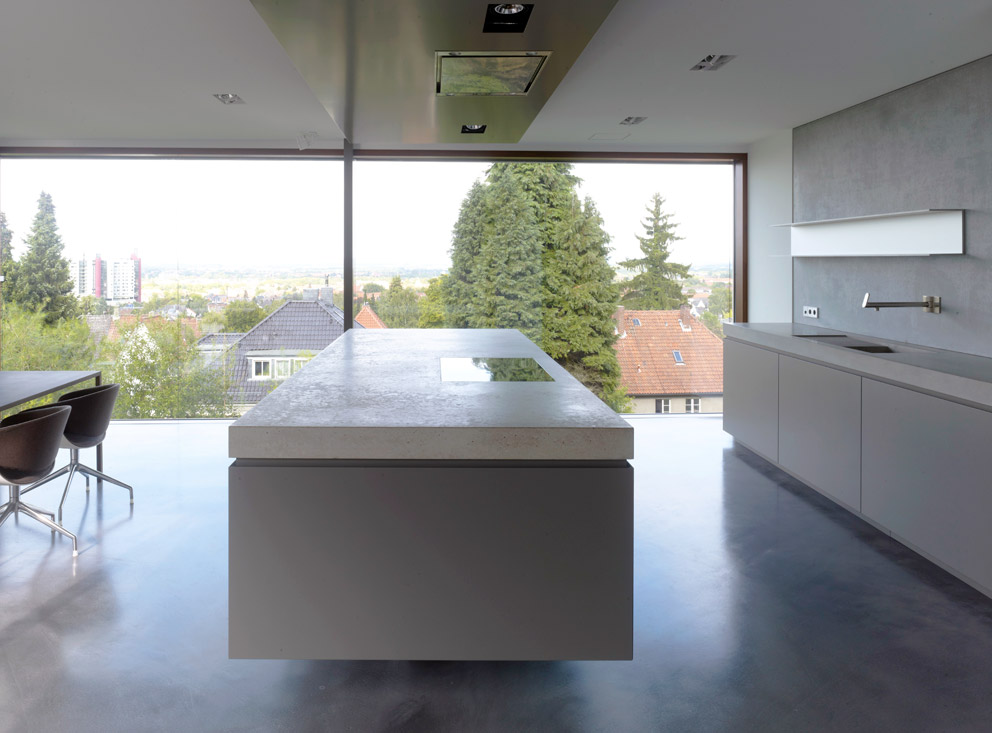 Thanks to the purist interior design, the fair-faced concrete really comes into its own – revealing its rugged beauty here with its special surface structure. Photo © Christian Richters