Not far from the small Medieval town of Monemvasia in South-Eastern Greece stands an old building. Dating from the 13th century the house nestles in undulating countryside with olive trees and orange orchards. The architects at Divercity, headquartered in London and Athens, succeeded in transforming the fortress-like structure into a luxurious hotel. There is an old cistern in the sandstone building and it not only gave the hotel its name Kinsterna Hotel & Spa but was also elevated to the center of the design concept. For example, streams running in small aqueducts constantly accompany visitors. The alfresco restaurant is situated on a self-supporting platform over a small damn. Water winds its way through the slate and concrete of the wellness area before continuing down a slope and feeding into the asymmetrically designed swimming pool.

The 500 year old building was exposed to influences from Byzantine, Ottoman, Venetian and modern Greek architecture, and in designing the hotel rooms references are made to these various epochs. A total of 27 apartments boast interior designs typical for the region – for example, the walls are painted gray and olive green. 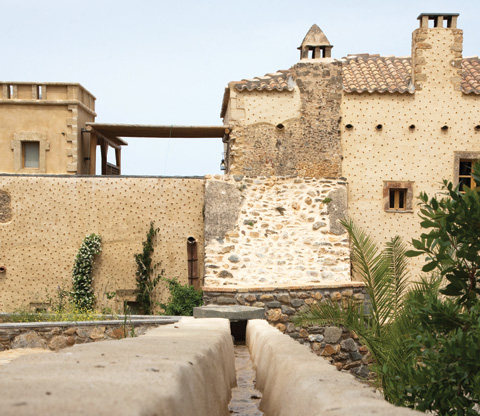 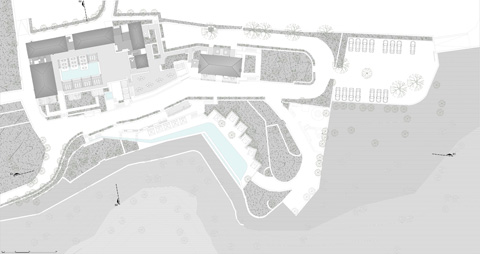 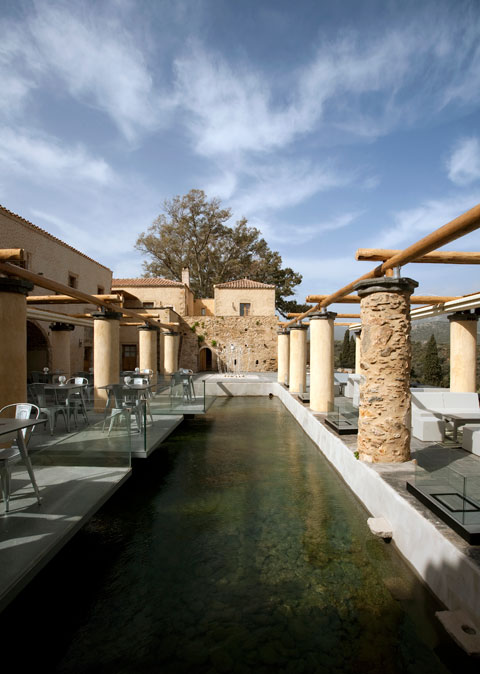 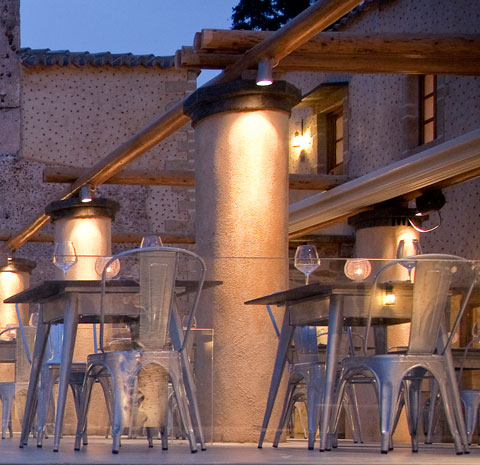 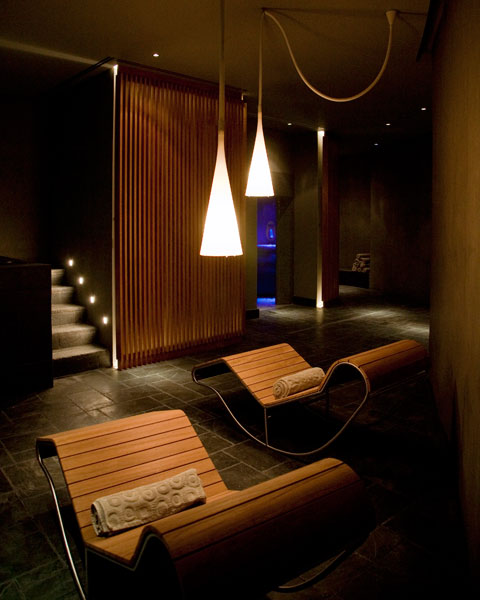 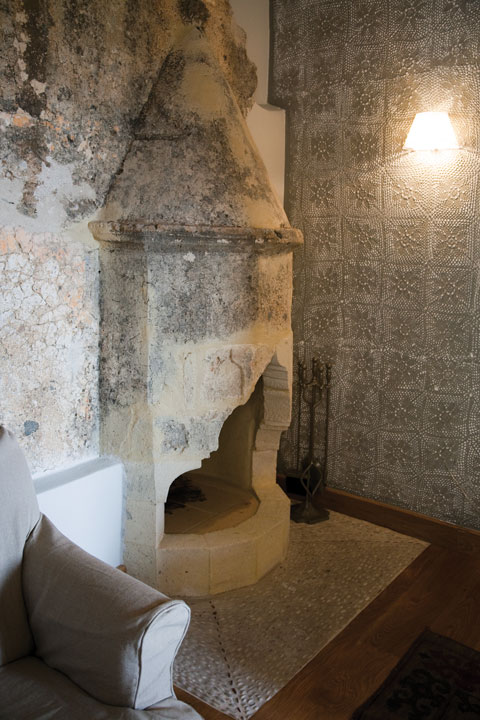 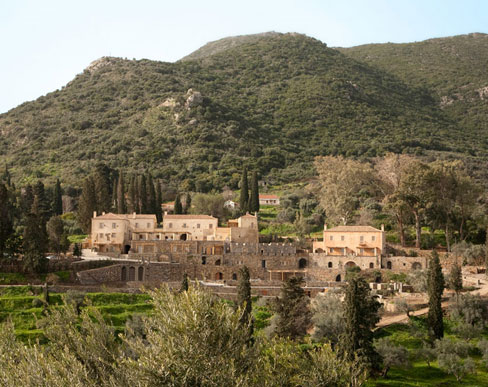 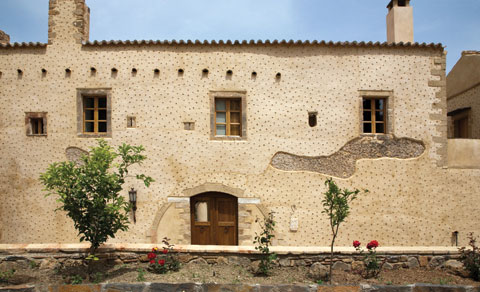 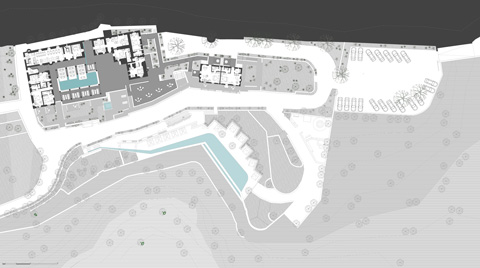 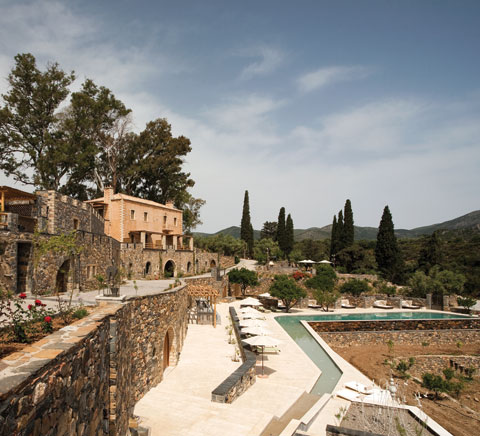 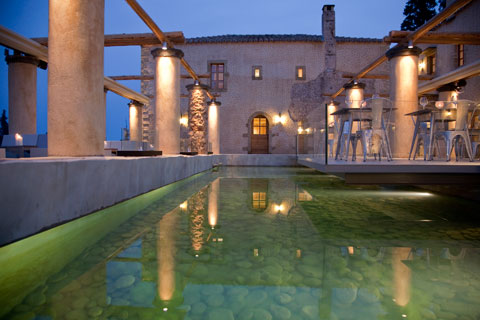 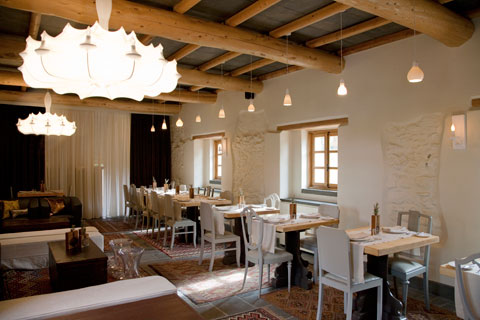 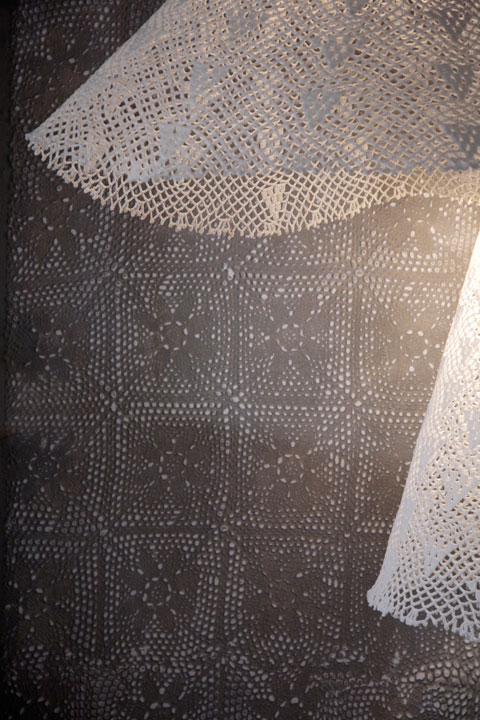 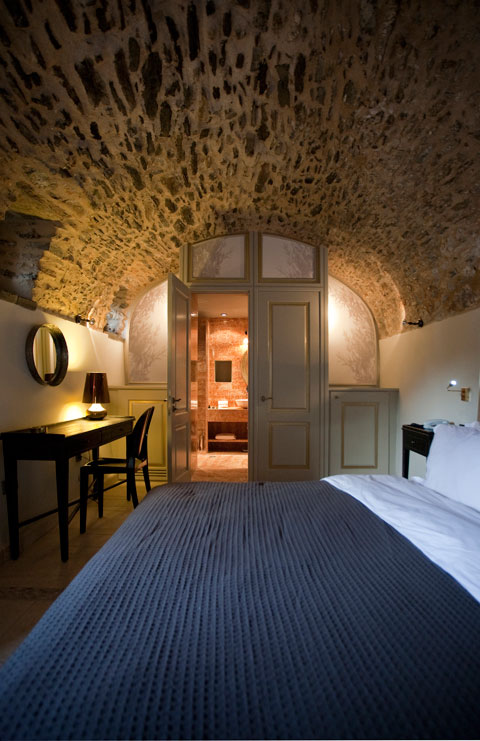 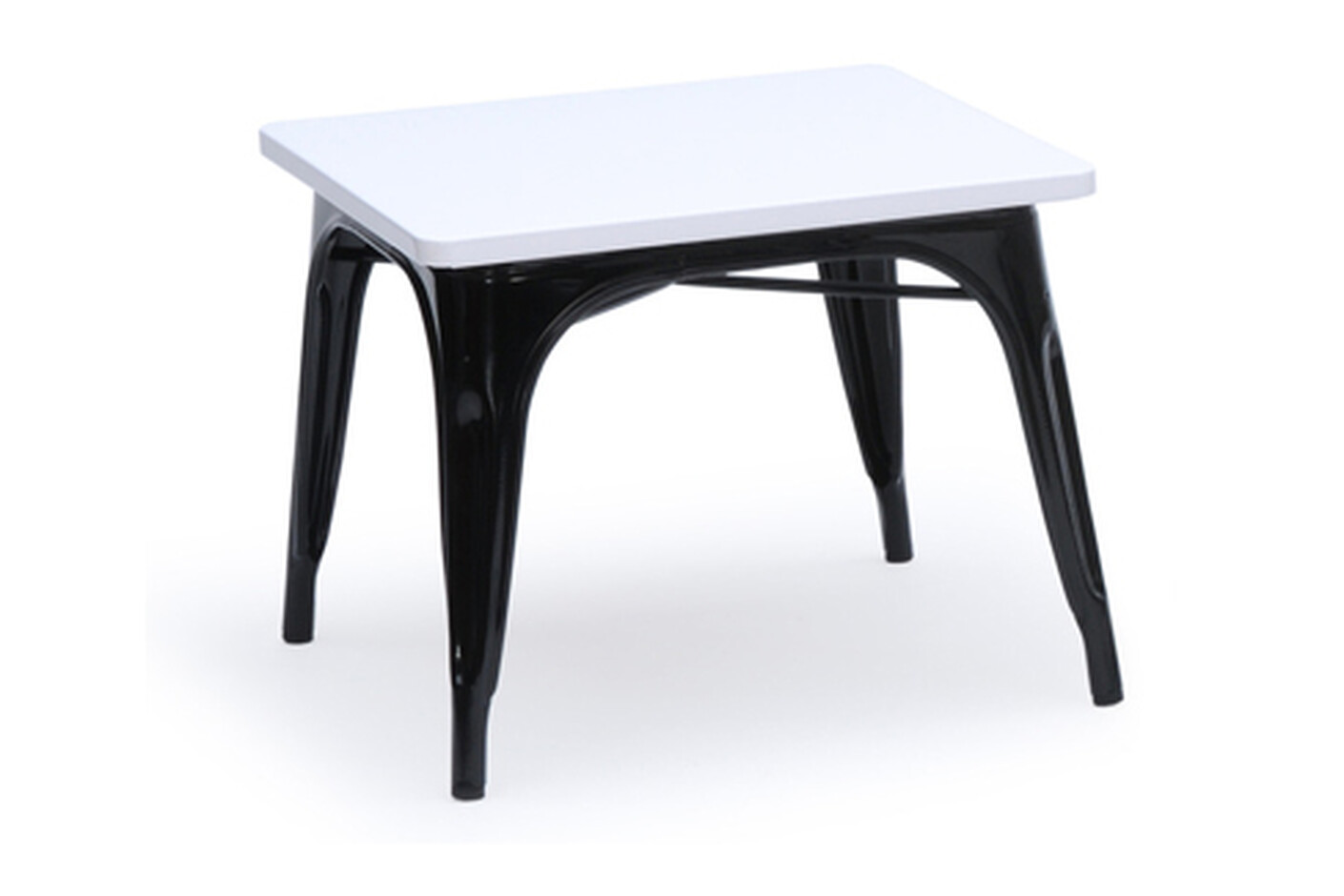 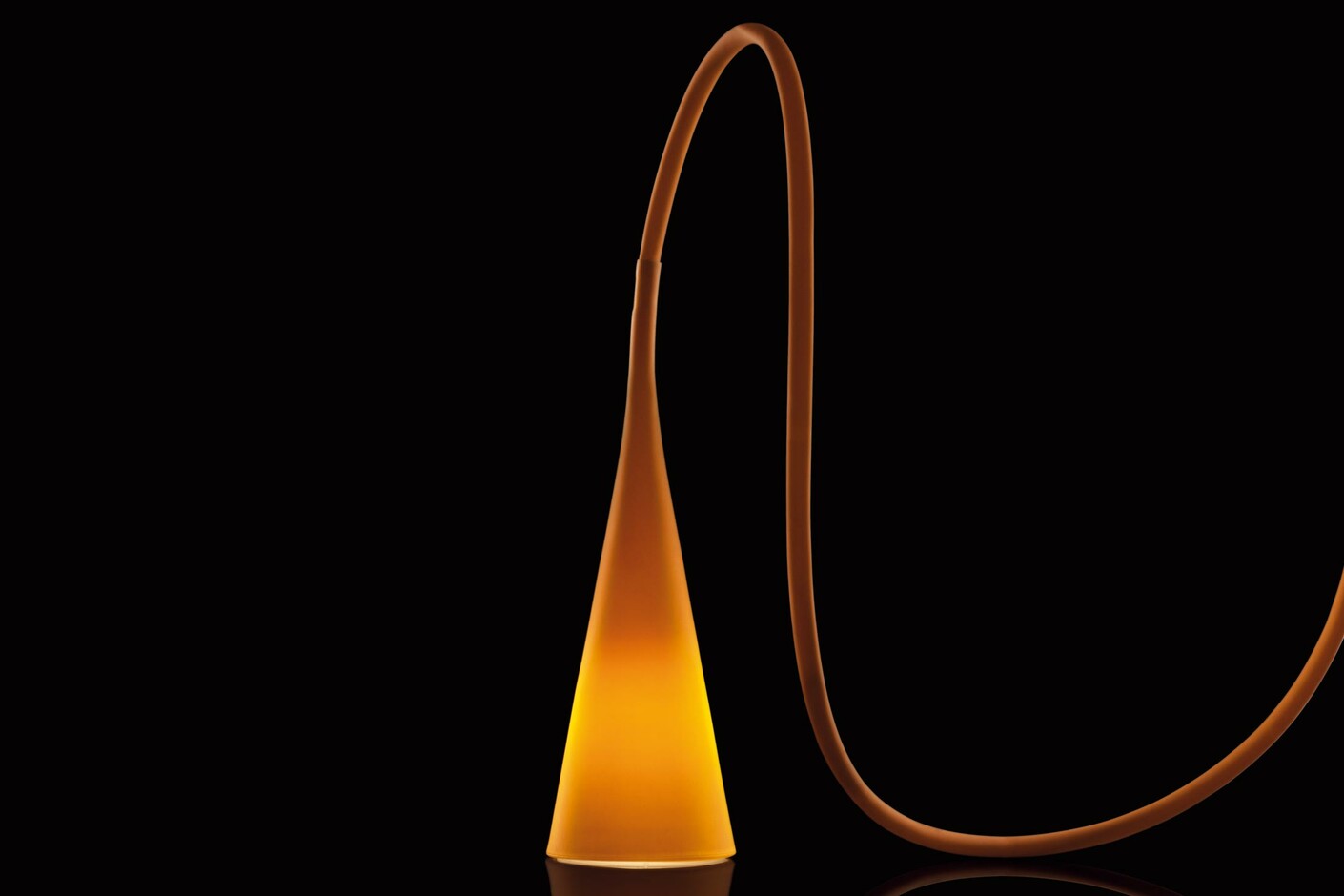 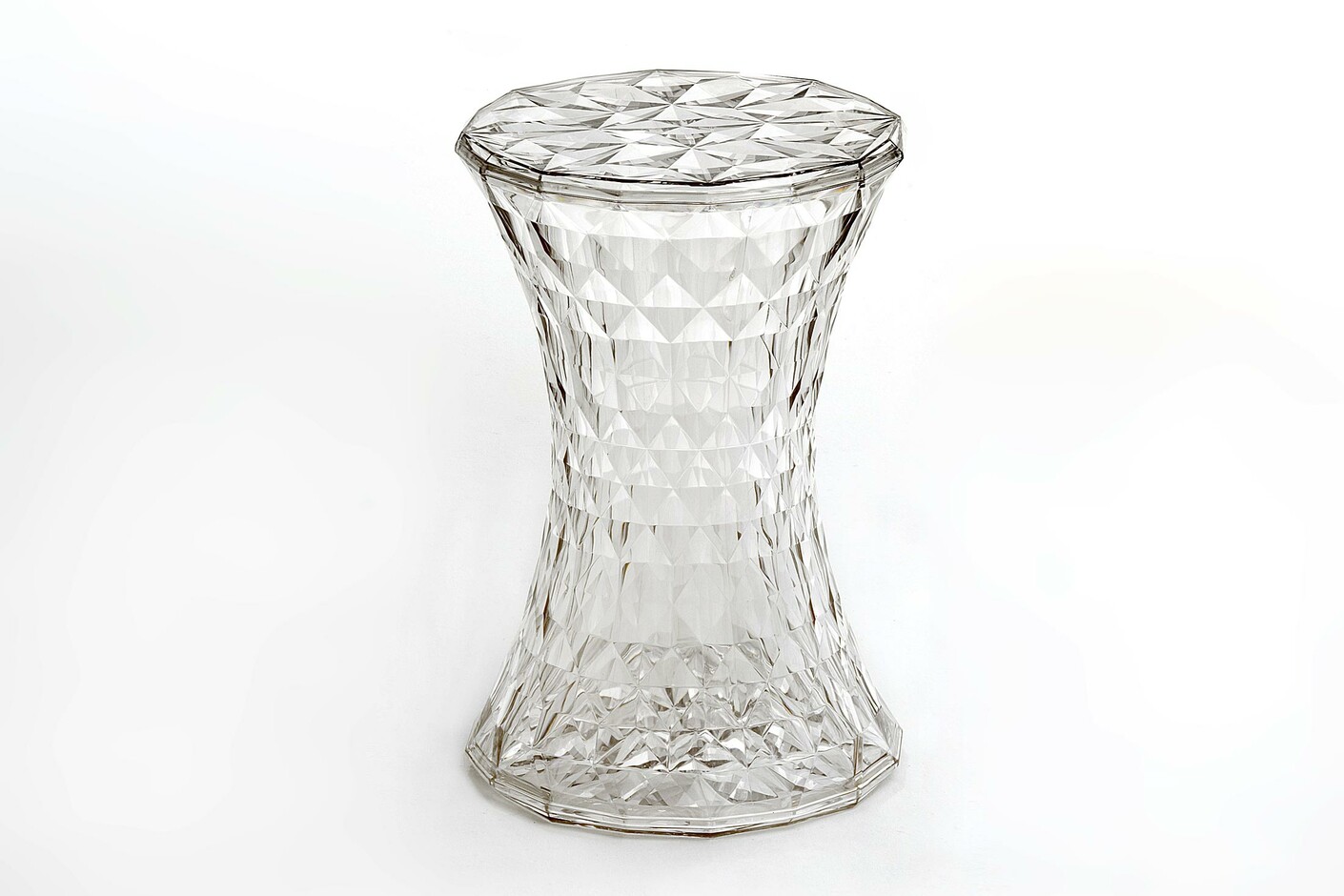