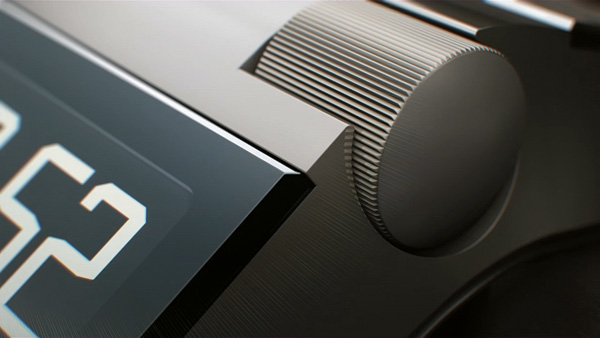 Swiss watches stand for high quality and an appreciation of tradition but they can also represent innovative design, take the story behind digital watch brand Ventura in Dübendorf (Zurich) for example. Founded by Pierre and Yuko Nobs in 1989, the duo made it into the permanent collection at the Museum of Modern Art in New York with their very first design: “watch Flemming Bo Hansen”. And it was to be followed by later successes such as the “v-matic Mechanik-Chronometer”. In 2000 they created the world’s first automatic digital watch in the form of “SPARC”. While the decision to focus on digital watches may appear to be a revolutionary move for a Swiss watch brand, it was merely a consequential step for Ventura, who felt the use of conventional clockwork mechanisms placed too many restrictions on their creative freedom. The decision to develop and manufacture their own digital clockwork mechanisms gave the innovative company, which also has a production facility in Würzburg, free rein in their design, enabling them to foster their own unique formal idiom. The EasySkroll® operating system, developed and patented by the company itself, allows for easy operation using a central scroller, which makes navigating the numerous functions almost instinctive.

Since the high-power microprocessors are programmed in-house, the watchmakers at Ventura have a profound knowledge of applied electronics at their fingertips in addition to traditional skills of the trade. This is good news for their customers as it means that Ventura watches can always be upgraded in line with the latest technological advances, at any point during their long product life.

Company head Nobs’ remains composed in his response to the criticism that digital watches are encumbered with an image as cheap products thanks to mass-produced items from China. He simply cites Apple’s phenomenal success on the market. Likewise, Ventura places great emphasis on high levels of functionality and timeless design, masterminded by the late Swiss architect Hannes Wettstein. It is this approach that has gained Ventura a continual stream of prestigious, international design prizes since its founding. Just recently, the current “SPARC MGS” model was awarded with the GOOD DESIGN Award Japan, the Red Dot “Best of the Best 2012” from the Design Center Essen and German Design Award “Special Mention 2013”. 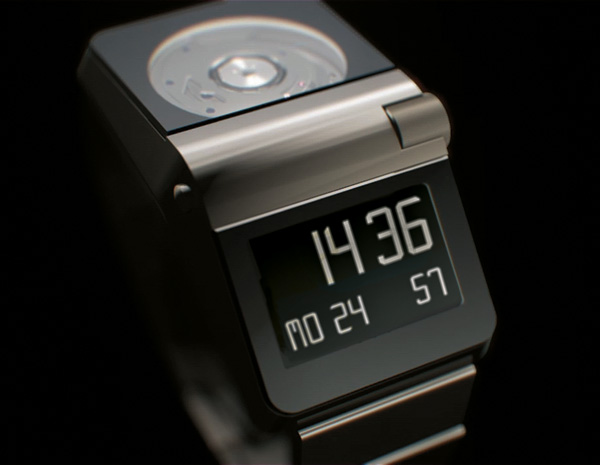 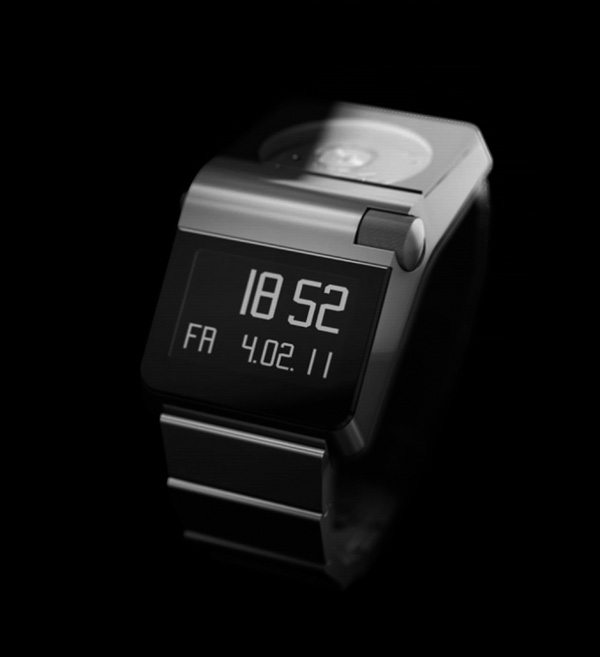 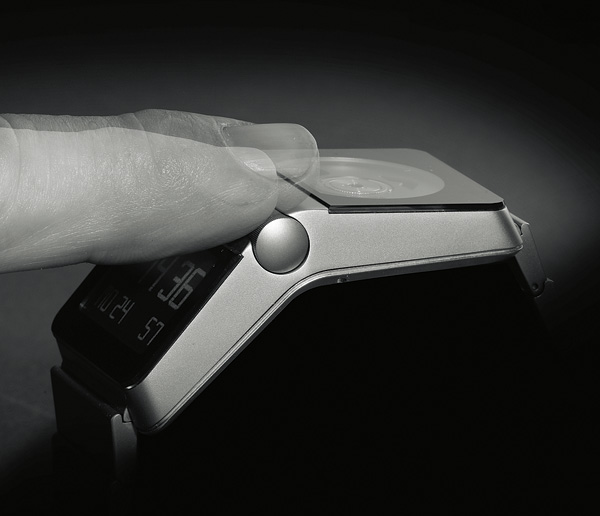 The “knick” (kink) created by designer Hannes Wettstein makes the scroller easy to access and protects it at the same time, photo © Ventura 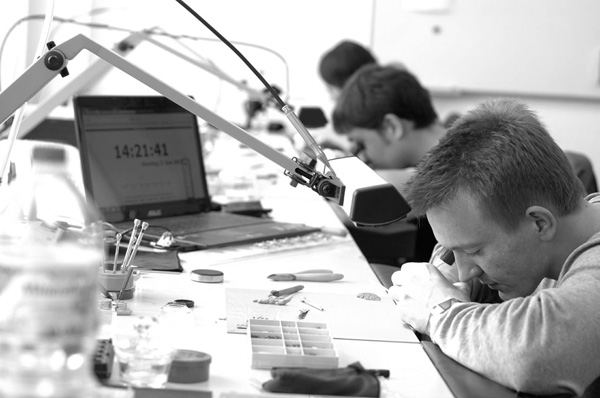 Each and every Ventura watch is made by hand in the company’s electronic manufactory, photo © Ventura 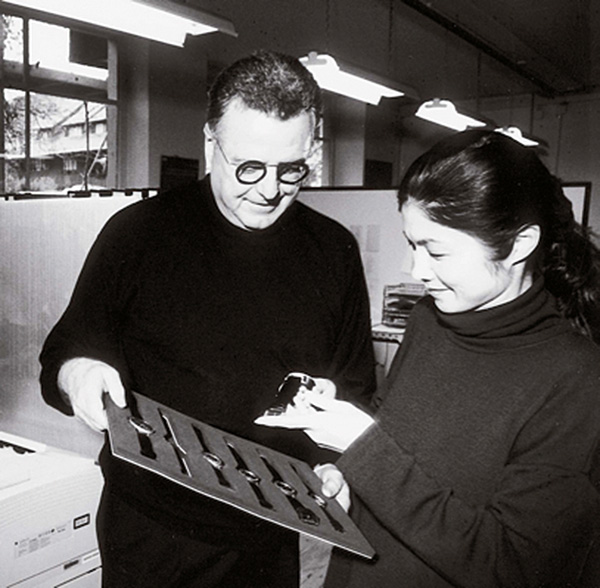 The Ventura founders Pierre and Yuko Nobs in 1995, photo © Ventura 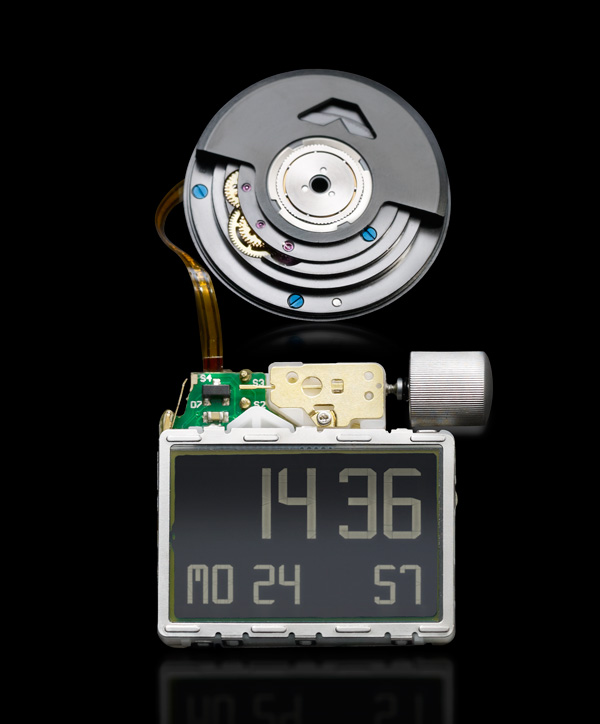 Sophisticated technology: the EasyScroll mechanism transfers the movements of the scroller to the electronic mechanism in the time module, photo © Ventura 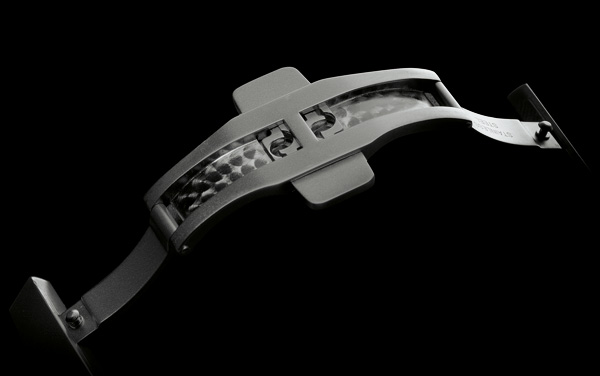 Perfection down to the smallest detail: the inside of the strap’s folding clasp is tap-ground, photo © Ventura 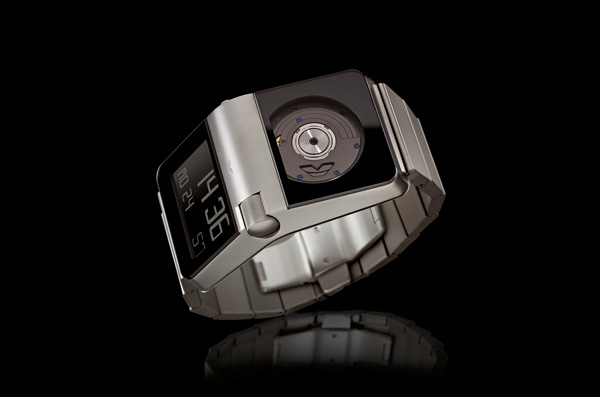 The “SPARC MGS” wristwatch is powered by the wearer’s movements alone, photo © Ventura 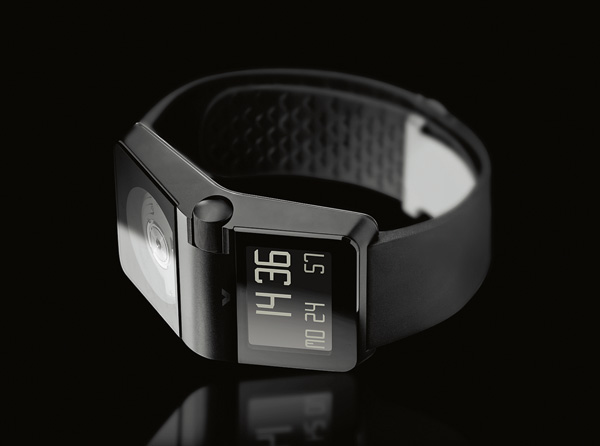 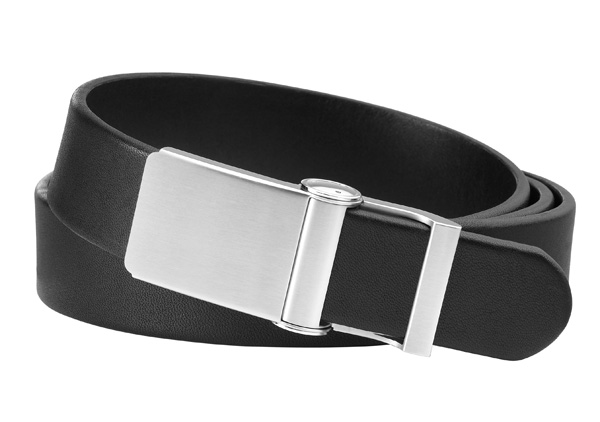 This black, calf leather belt is part of the “Gents and Belts” collection and boasts a “precision” buckle made of stainless steel, photo © Ventura 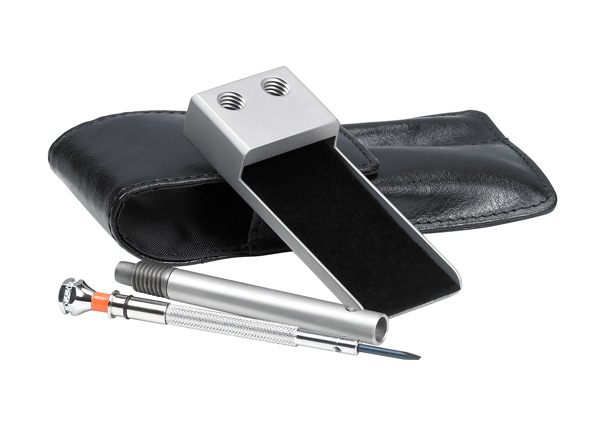 “Gents and belts” comes in a leather case with a three-part tool set to cut it to size, photo © Ventura