With its newly constructed headquarters, Sulfurcell proves that solar construction can be both aesthetically pleasing and economic. With its building, which consists of an administrative building and production hall, Sulfurcell and its construction partners are breaking new ground in industrial architecture.

The main design element utilized on the administrative building is provided by the solar facade cassettes, which were deployed here for the very first time. Their surfaces consist of hardened, frameless glass, enabling the modules to create a smooth and elegant glass facade. Black metal spandrels and brown timber banding provide additional highlights. When developing this solution, ease of handling was a decisive factor for Sulfurcell. The modules are hung like conventional cassette cladding systems. Because they are installed on a substructure, this even makes it possible to clad uneven background surfaces, such as the facade of an old building.

The solar facade cassettes are rear-ventilated and equipped with special recessed drainage channels. These discharge rainwater in a controlled manner, thus ensuring that the thermal insulation layer remains dry (see Fig. 5). In technical terms, the rear ventilation has the added advantage that the module temperatures are lowered, thus increasing their energy yields. The 900 cassette modules on the facade supply around one third of the administrative building's energy needs. The remaining energy requirement is provided by the solar power system on the roof of the production hall, ensuring that the administrative building is hundred percent energy independent. 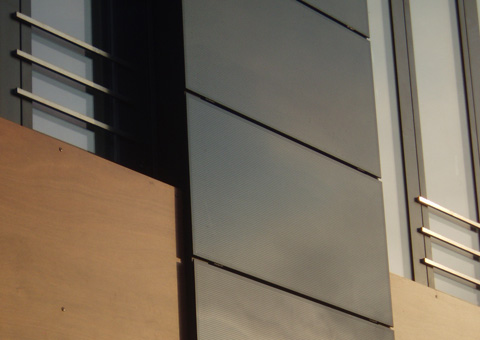 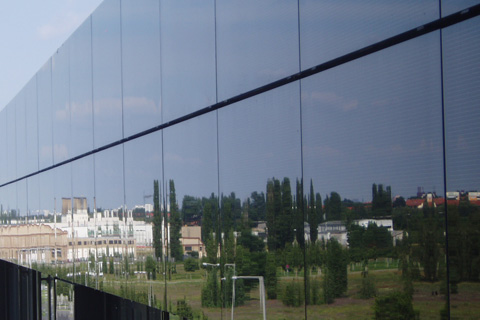 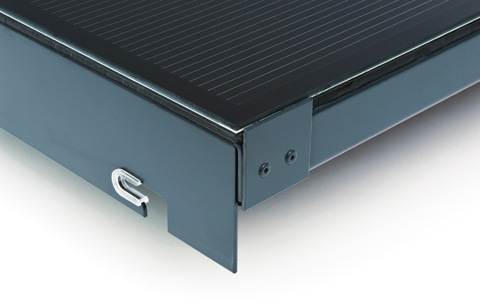 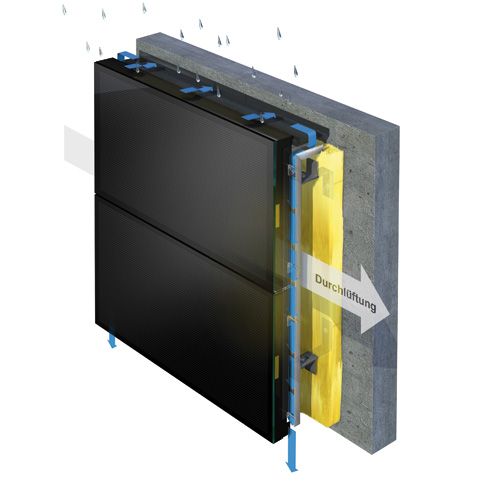 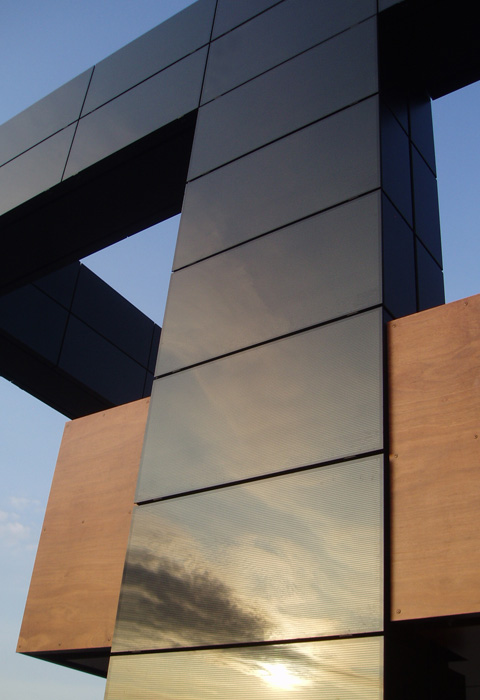 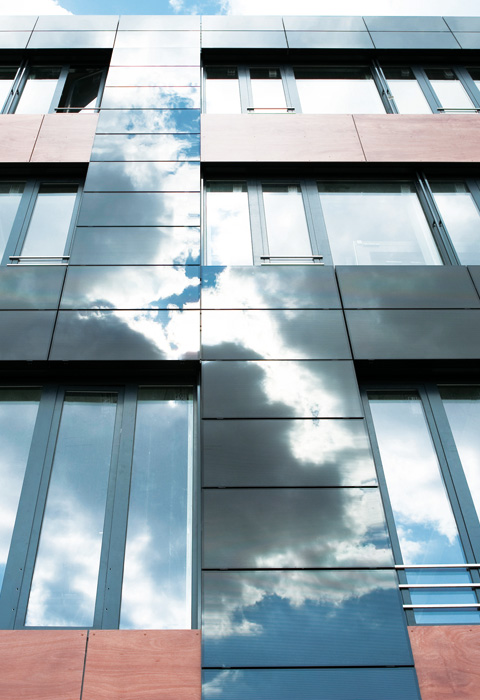 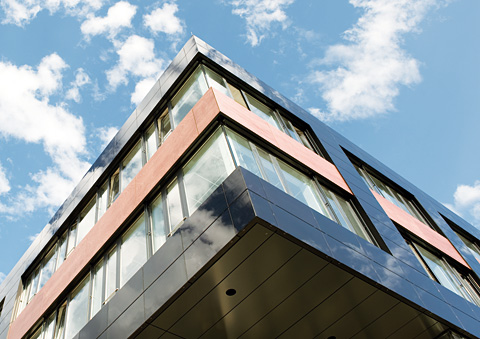 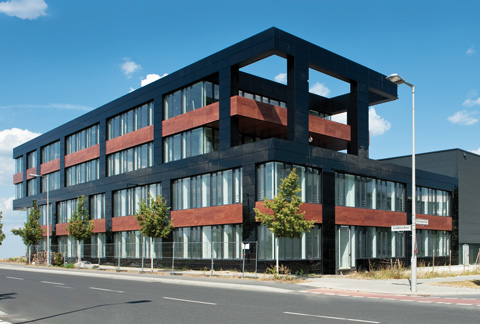