The amount of energy consumed by a building is largely dependent upon its outer shell and can therefore be reduced with the installation of a CCF-façade (closed cavity façade). These façades feature both an inner layer insulation glazing (double or triple glazing) and an outer layer of single glazing, whereby the space between the two layers is sealed, thus protecting the glazing from dust and dirt. In this way CCF façades provide more effective heat and sound insulation, and so significantly reduce the building’s operation and maintenance costs.

In order to avoid the build-up of condensation on the outer pane, the sealed space between the panes is fed with a constant supply of purified and dried air. This is achieved using air dryers located in the attic for example, where they extract humidity from the outside air before blowing it into the intermediary space.

Josef Gartner GmbH in Gundelfingen, one of the world’s leading façade construction specialists, developed the CCF façade for the inHaus2 of the Fraunhofer Gesellschaft in Duisburg right up to series production. The company’s customers come to them for the unique technological characteristics of their façades as well as the possibilities for bespoke designs, even catering to the most unusually shaped façades.

Other examples of CCF façades by Josef Gartner include the high-rise for Roche Diagnostic International AG in Rotkreuz, in the Swiss Canton of Zug, the laboratory façade for the analysis lab in Kaiseraugst and the former Poseidonhaus in Frankfurt. The building is currently undergoing renovation works according to plans drawn up by Frankfurt architects Schneider + Schumacher, whereby the building will be partly demolished, rebuilt and installed with a 27,000-square-meter CCF façade. 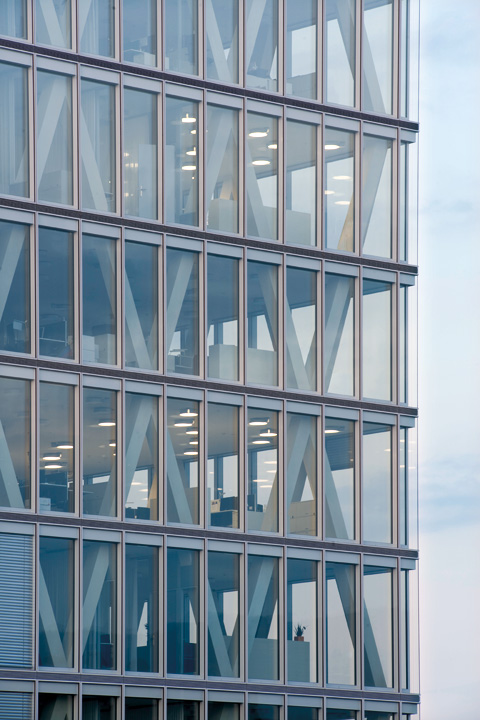 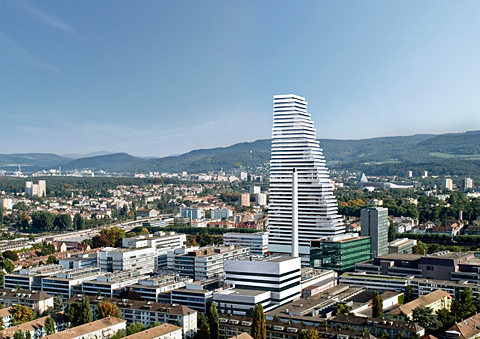 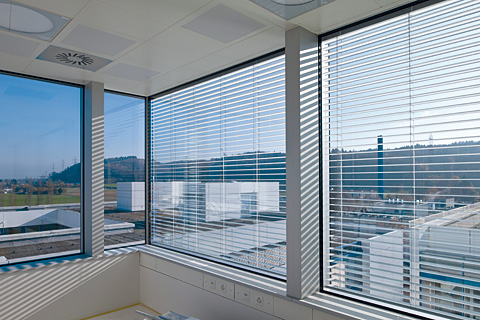 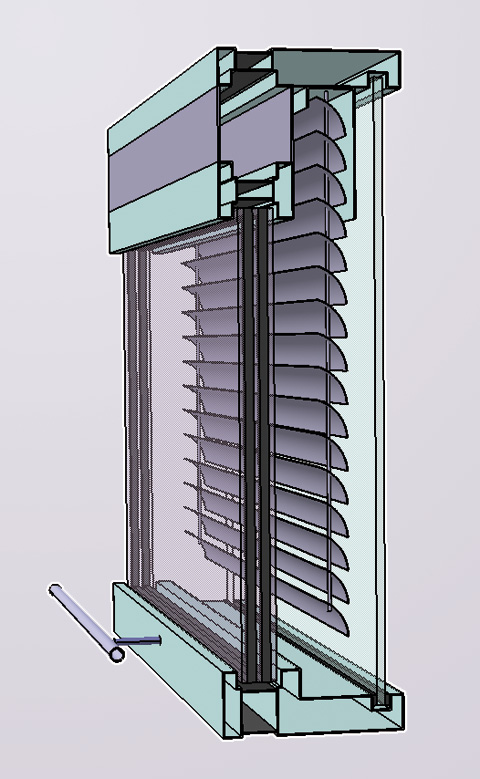 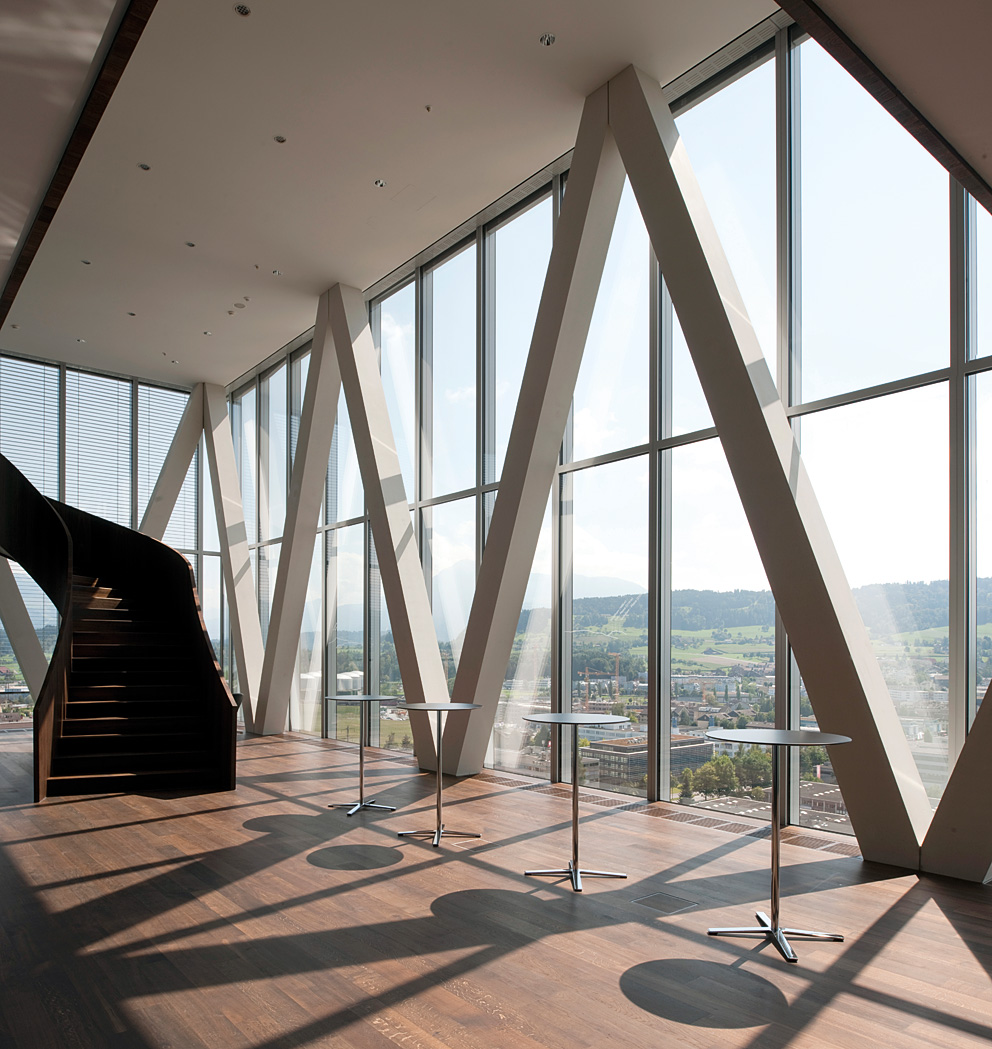 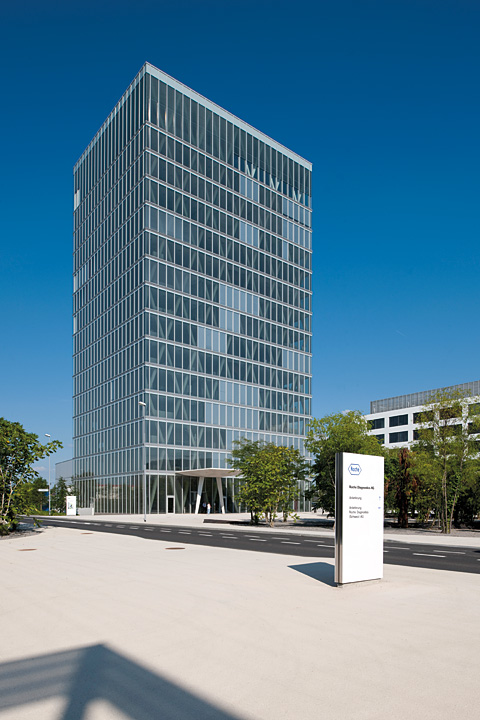 The sealed space between the façade’s panes is fed a constant supply of purified and dried air, which prevents condensation from gathering on the outer pane, photo © Thomas Mayer 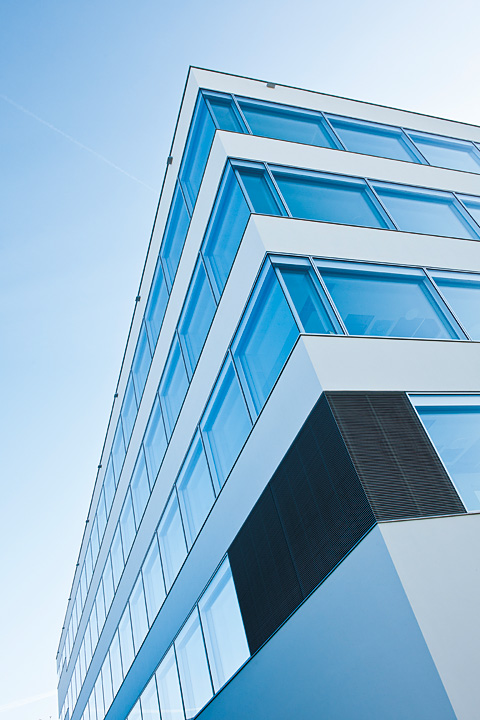 View of the CCF façade for the new analytics laboratory in Kaiseraugst, photo © Stephan Liebl, Dillingen 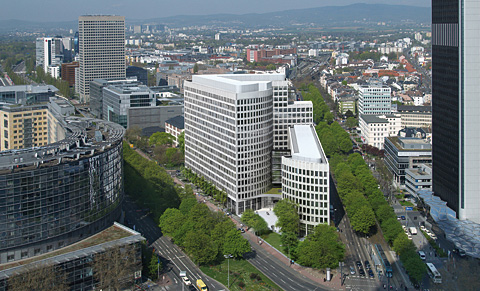 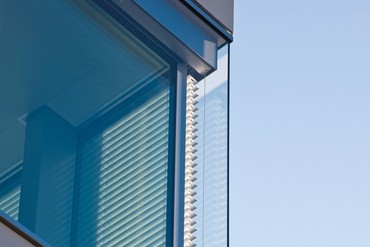 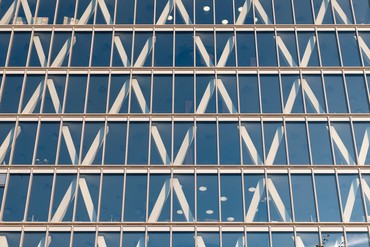