The ceramic elements on the roof of Basle’s Museum der Kulturen shimmer greenish-black and change depending on the time of day and the light. They can be seen from all around: from the pedestrian zone and the hill on which the Basle Minster is located. The concave, convex and flat ceramic elements were made by German architectural ceramics specialist AGROB BUCHTAL and are a contemporary interpretation of the flat tiles characteristic of the historical roofs of Swiss towns.

Swiss architects Herzog & de Meuron planned the new extension with its striking folded roof that protrudes far over the façade. Their design tops the existing 1917 building on the courtyard side by architects Vischer & Söhne. With the building’s shimmering crown, the architects have created a new landmark in Basle’s Old Town. The Classicist museum building was constructed in 1849 according to plans by master builder Melchior Berri.

Yet the architects not only realized the complex and widely visible outer cladding, but also the layer beneath. Every single one of the ceramic tiles is individually attached to a raised metal structure, and can also be removed individually at a later point, for instance should access be required to the water-drainage layer beneath. To this end a tried-and-tested mounting system by AGROB BUCHTAL was modified and advanced specifically for the project.

With these construction measures the Museum der Kulturen aims to give its rich history a contemporary context and present it on the outside. And in this it has succeeded admirably. 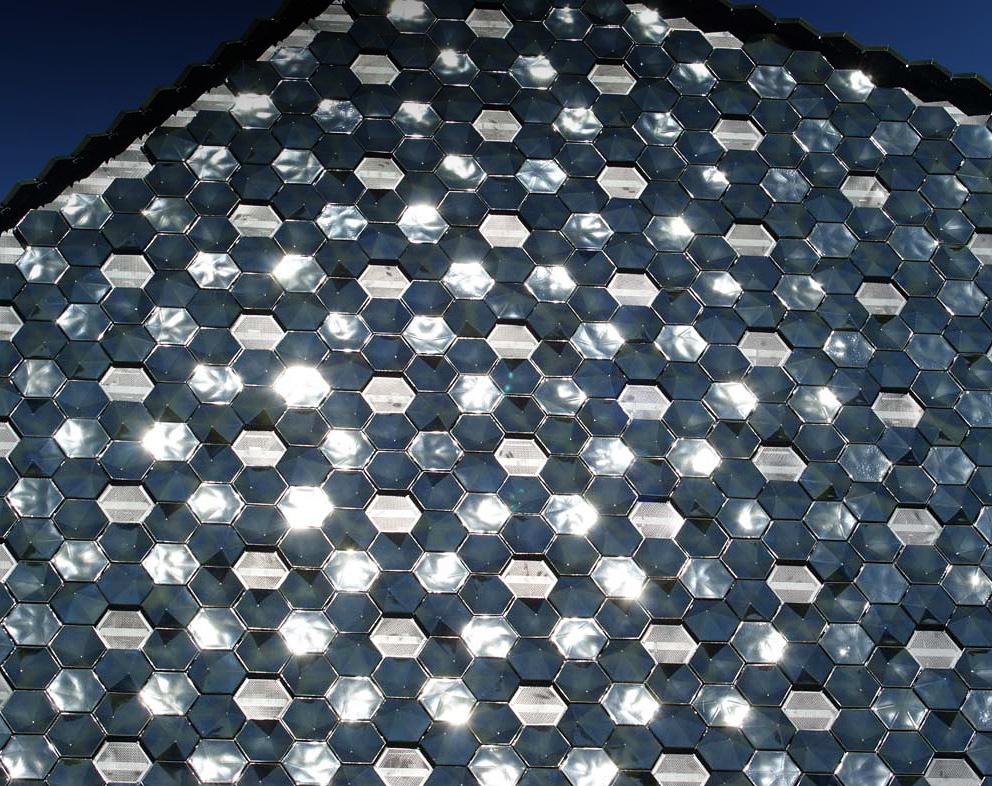 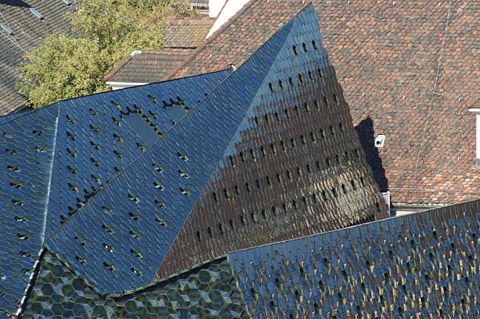 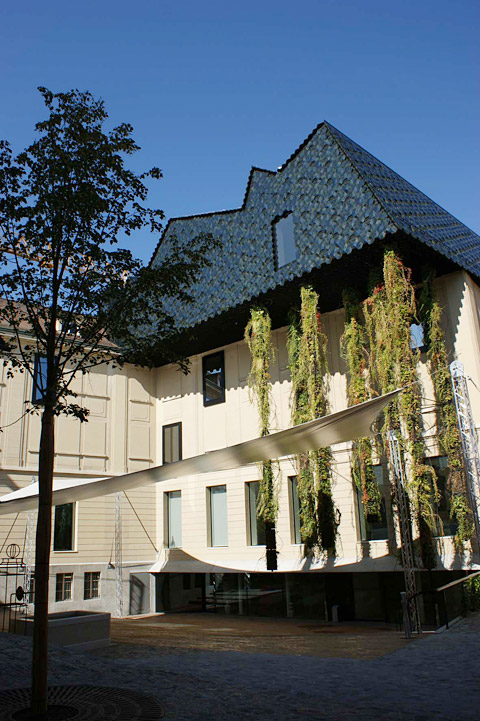 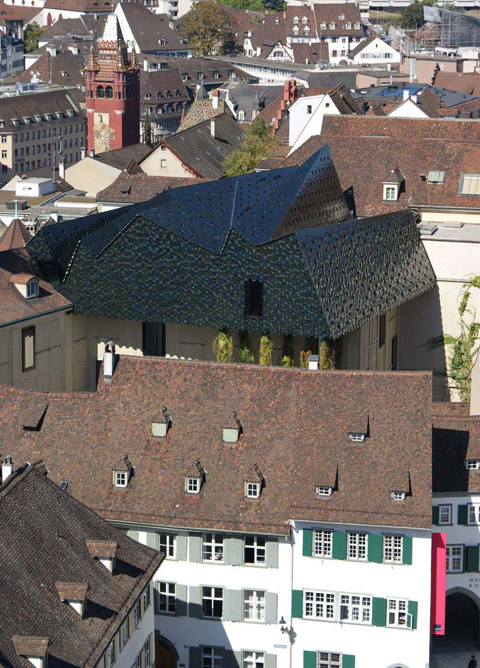 View of the new Museum der Kulturen roof in Basle from the hill of on which Basle Minster is located, photo © Agrob Buchtal 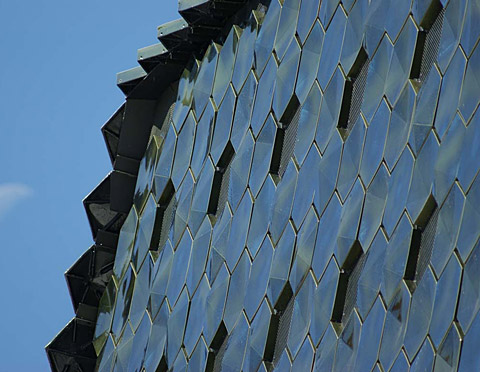