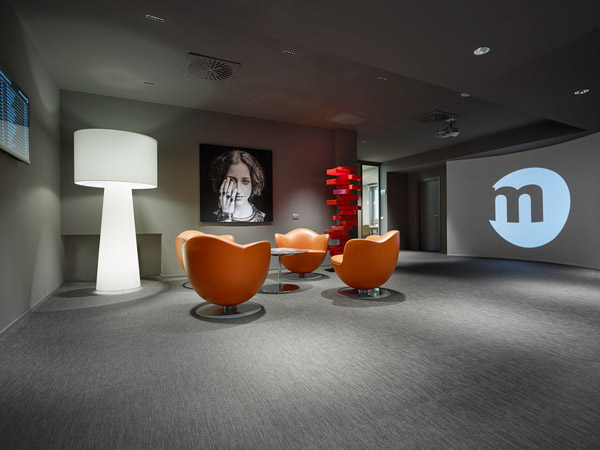 Fashion, design and craftsmanship can be a very exciting combination – the products by Swedish manufacturer Bolon show this very clearly. The company has a longstanding tradition of making elaborate carpet flooring with exceptionally stunning designs. The refined color tones and combinations, the artistic patterns are very popular floor coverings among designers and architects alike. Tom Dixon, Jean Nouvel and Renzo Piano are among the company’s selected clientele.
Italian architect and designer Giulio Cappellini from Studio Cappellini chose carpeting from Bolon when in 2014 designing the new “Istituto Marangoni” campus at Via Cerva in Milan. At the renowned fashion and design college, founded in 1935 by seamstress Giulia Marangoni, young creative talent learn the ins and outs of product and shop design as well as fashion and fashion management.

Cappellini created highlights in the seminar rooms and lounge areas by opting for chairs and tables in very contrasting colors. For example, the students can choose, for example, to sit on bright yellow “Dalia” armchairs by Marcel Wanders or place their books in the red “Revolving Cabinet” shelving units by Shiro Kuramata. In the midst of all this color variety, the “Botanic Tilia” woven vinyl flooring in subdued earth tones creates a sweet contrast. The soft color nuances of the floor oscillate between grey, brown and beige, structuring spacious areas without being obtrusive.

“Botanic Tilia” was developed by Bolon as part of the “Bolon®Green” eco-initiative and contains softening agents that are free of phthalates and is made of renewable raw materials based on plants. Under the heading of “A future without footprints”, the company focuses on manufacturing with biodegradable products. And Bolon was eco-conscious as long ago as 1949, when it was first established, when, with Nils-Erik Eklund as its director, it produced magical rag rugs made from textile scraps. 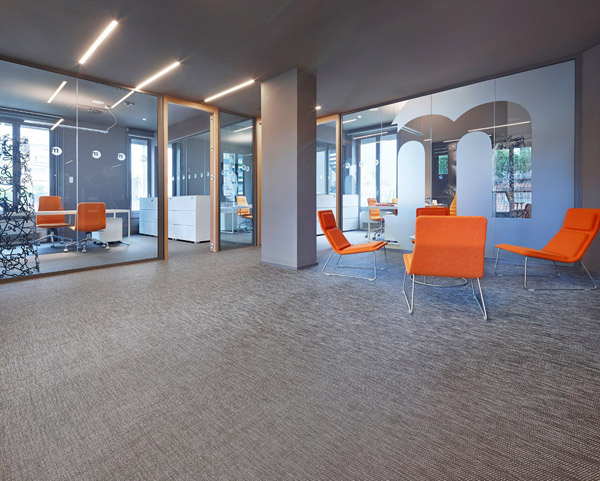 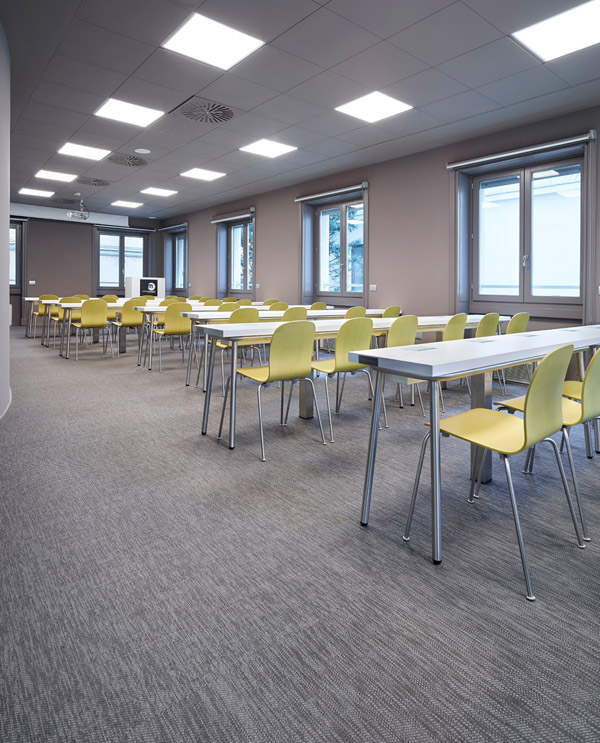 Where they learn: In the seminar rooms, the vinyl flooring with its warm earth tones contrasts delightfully with the bright yellow chairs. Photo © Beppe Raso 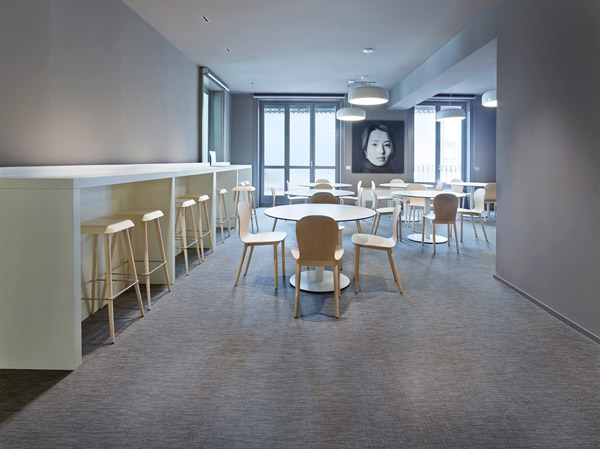 Carpeting has been laid in all rooms in the institute, which all thus look far from sterile. Photo © Beppe Raso 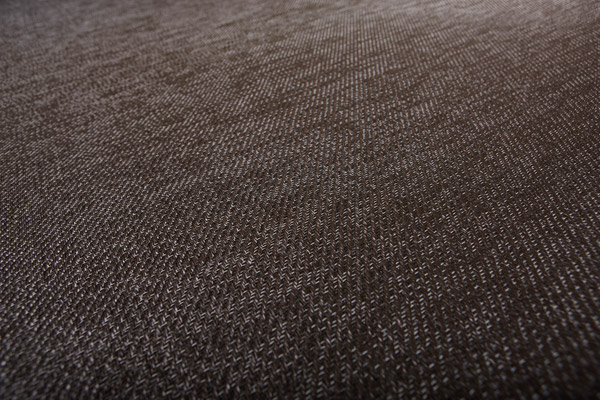 Bolon devises all its carpet patterns itself, and often looks to the diversity of nature for inspiration. Photo © Bolon
Advertisement