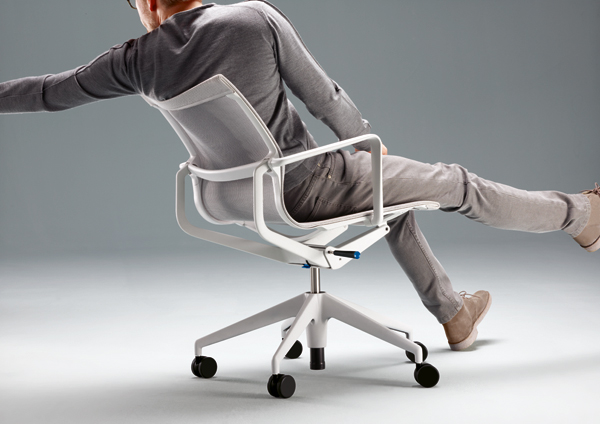 As simple and natural as the swivel chair might appear, Alberto Meda spent years developing its design. The choice of materials was one of the most important items on his agenda and led him to select the high-tech plastics and woven textiles that now make this design so innovative. He also placed great emphasis on the connection between the physical characteristics of the human body and the chair itself, hence the name Physix. He wanted the seat shell and backrest to be made from a single piece of fabric without this impairing on flexibility. Thanks to the multi-threaded knitted fabric, which is reinforced in certain areas, the seat stretches and morphs to accommodate the user’s every movement. This flexibility was crucial for Alberto Meda when working on the design, as was the material’s transparency which ultimately lends the product such lightness in its appearance. Furthermore, he chose to use plastic for the side elements, between which the fabric is stretched, further augmenting the design’s lightweight feel. The polymer frame is not completely rigid as one may think but malleable in certain sections. As such the frame remains stable and robust in the seat and backrest while thinning and flattening out slightly in the transition area, allowing it to follow the user’s movements. But the frame has to be stabilized of course, something the designer certainly didn’t forget, including a complex synchronous mechanism in his design. Aluminum brackets on the back of the chair transfer the user’s movements into the spiral springs, which are hidden, encased beneath the seat. After all, Alberto has a penchant for disguising complex mechanisms of his designs in the simplicity of their form. But there is “a long process” that precedes such a visually and physically lightweight result, one that involves a great deal of research and experimentation. As such Physix is a continuation or an advancement of the numerous chairs he has already designed for Vitra in the past. And despite all of the technical innovation contained within them, a certain kinship, a technically inspired lightness is clear to be seen throughout. 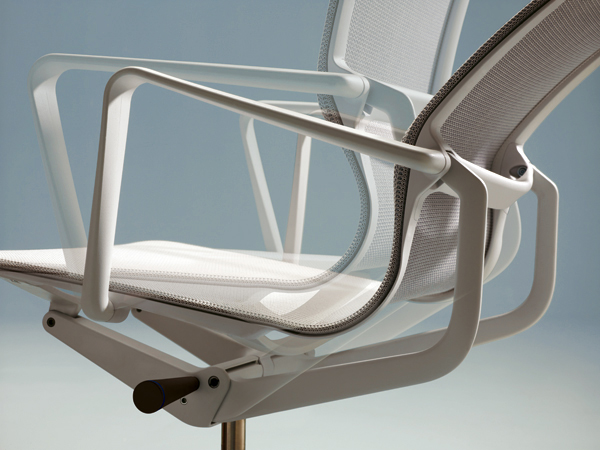 The complex mechanism is nowhere to be seen in the finished product. Photo © Vitra 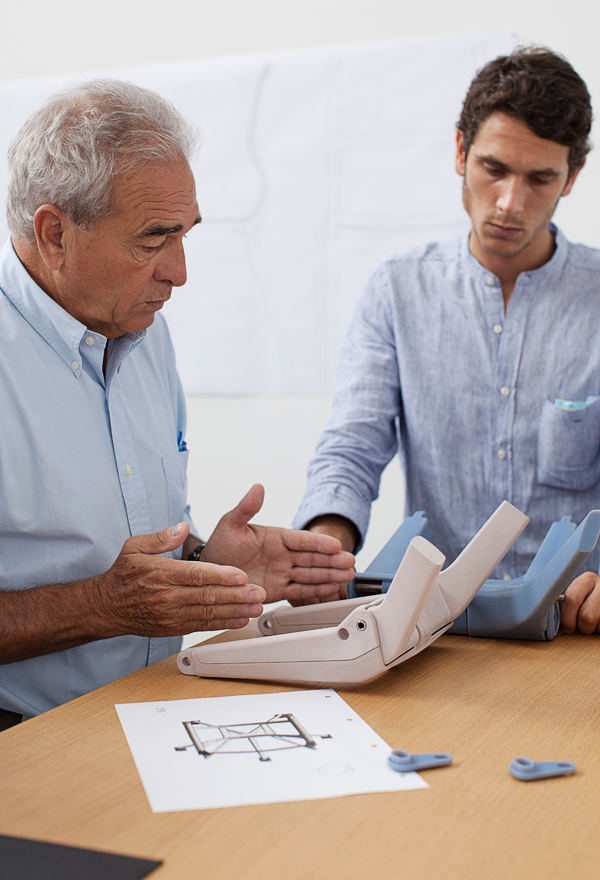 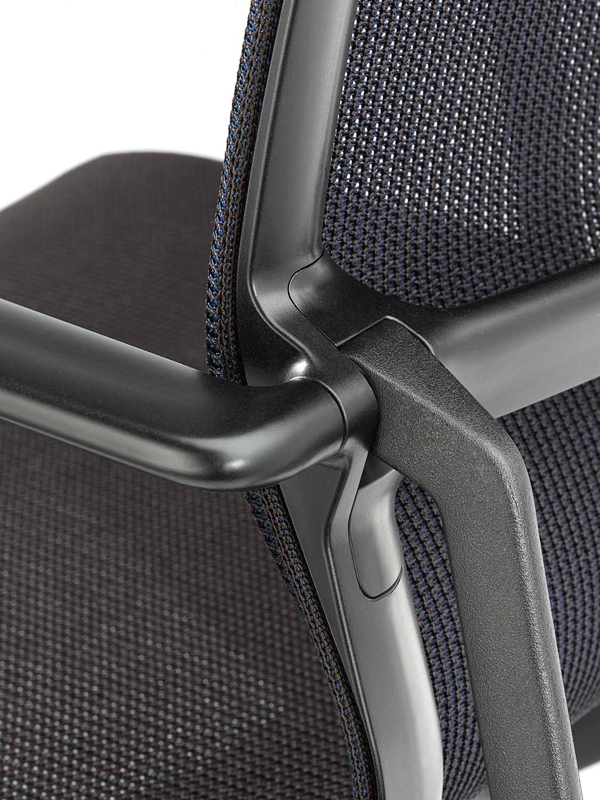 Detail shot of the backrest with its seemingly simple mechanics. Photo © Vitra 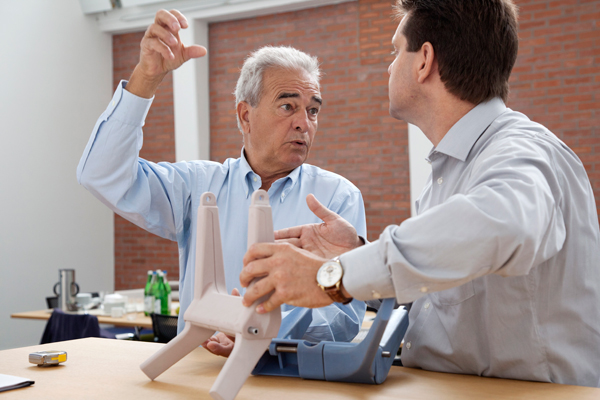 Alberto Meda explains the development process behind Physix for Vitra. 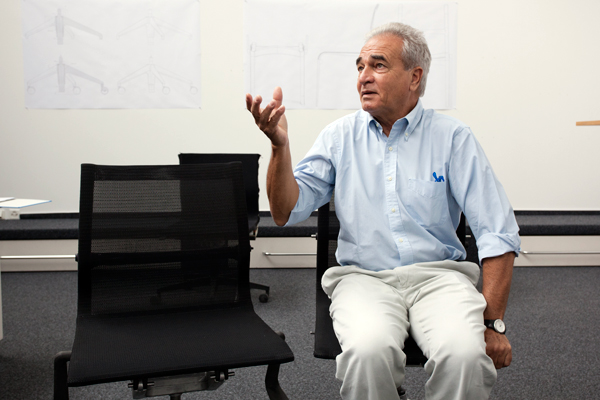 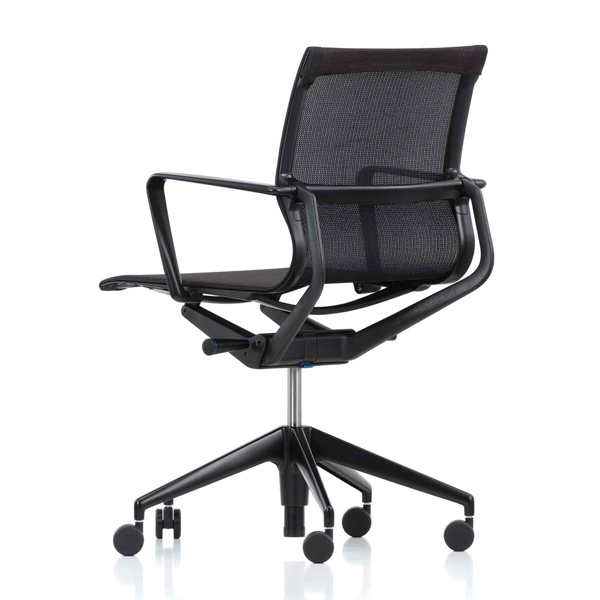 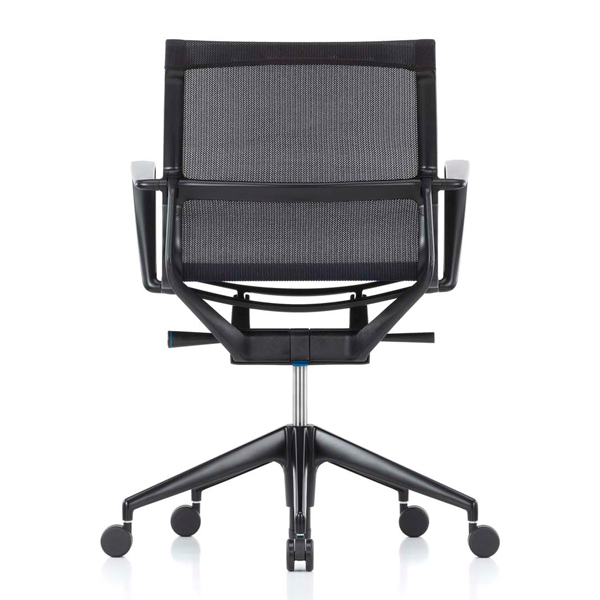 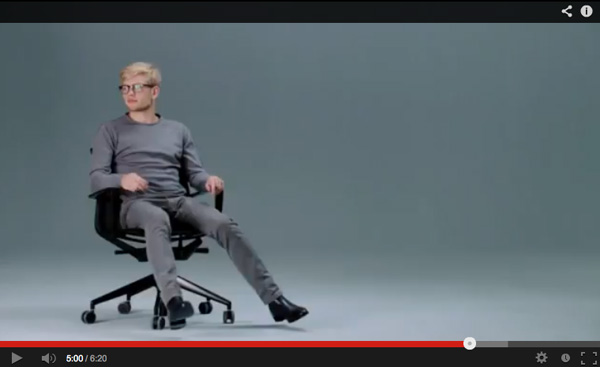 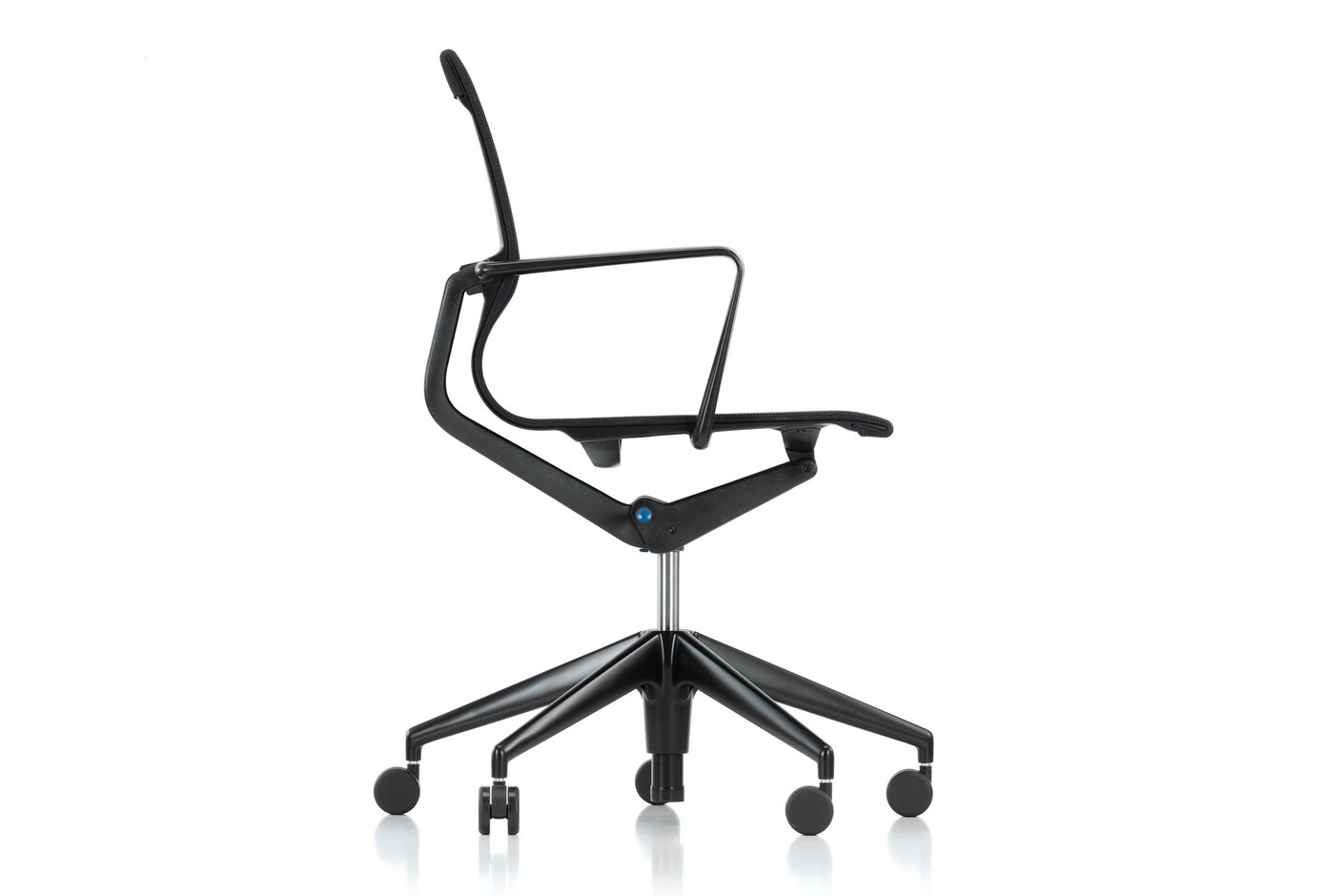