Together with the light planning office of ag Licht the Amsterdam based architectural firm UN Studio and Zumtobel realized one of the largest lighting installation of a façade world wide. The shopping mall "Galleria Center City" in Cheonan, South Korea is already visible from several kilometers away. Not only the size of the 12,600 square meter facade is responsible, but also the video display of the entire medial surface. Over 22,000 LED light produce the dynamic lighting effects and give an iridescent shell that stands out impressively from the urban context. The specially developed LED lights by Zumtobel are designed so that they are integrated almost invisibly into the facade. The installed DMX control provides individual programming of each LED spotlight and transfers the animation onto the buildings surface very detailed. The interplay of all LED spotlights thus creates moving images and messages on the facade.

"In Asia, people don't just visit shopping malls in order to consume. In the Far East, shopping malls like Galleria Centercity are also a place for social interaction" says Ben van Berkel, the architect in charge of the shopping mall and UNStudio's director. "Shaping the shopping mall as a living space required, externally as well as internally, a unique, creative design force capable of attracting visitors, inviting them to linger and motivating them to return", adds Ben van Berkel. The media façade turns this idea into reality perfectly: gently-washing soft color transitions and light sequences moving like waves bring a fascinating sense of movement to sweeping areas of the building. 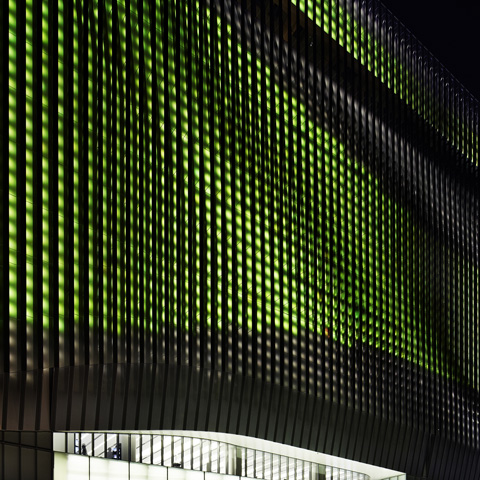 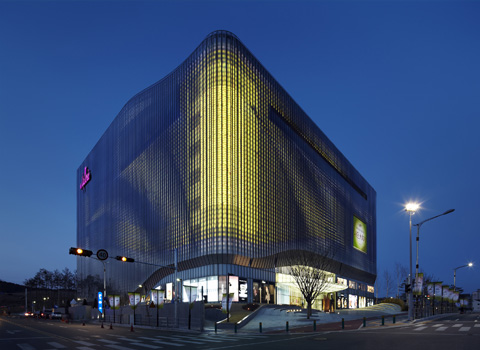 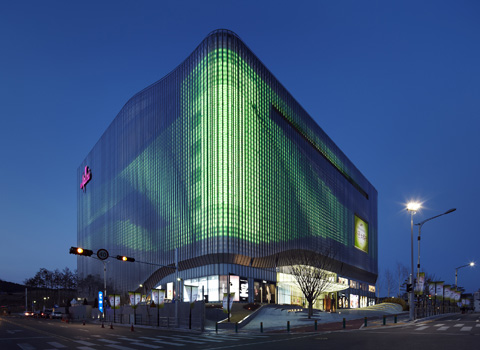 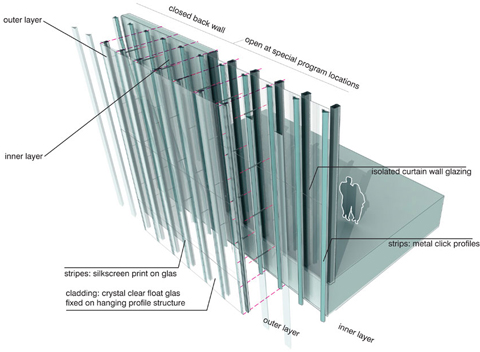 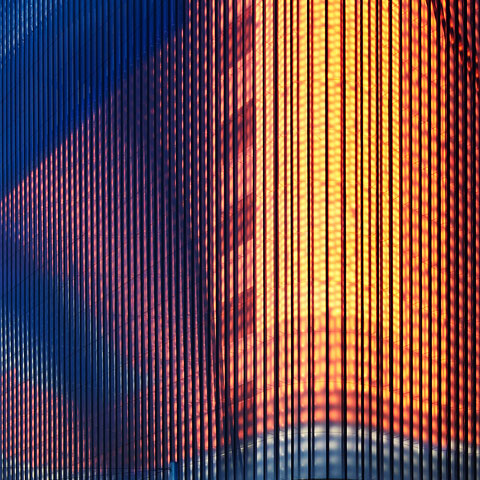 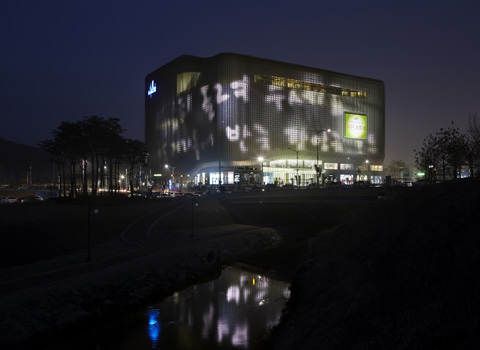 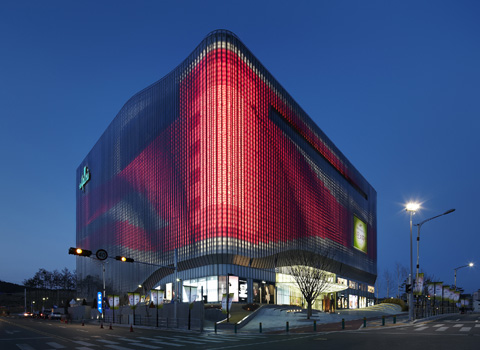 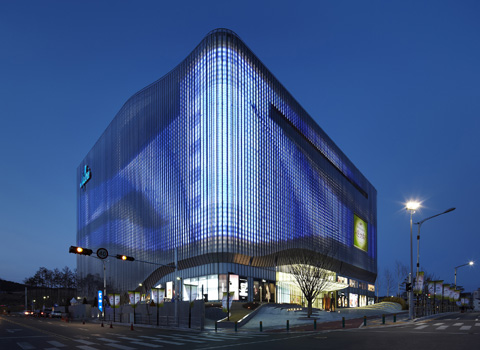 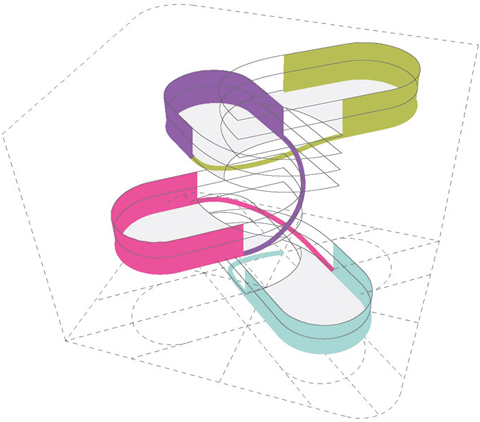 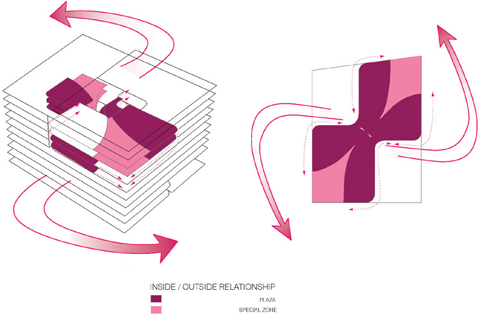