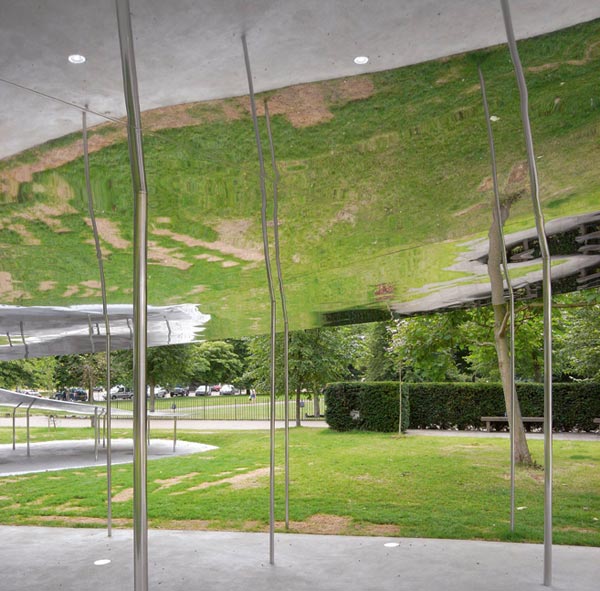 Toyo Ito is a subtle, friendly person. He understands English perfectly but when you speak to him he often answers in Japanese and has an assistant translate for him. This not only reflects his love of precision, but is also an expression of a biography which is thoroughly Japanese. In 1967, at the age of 26, Toyo Ito left his homeland for the first time. He traveled to Berlin where he wanted to see two buildings: Hans Scharoun's Philharmonic Hall and new Nationalgalerie designed by Mies van der Rohe and likewise just completed. It was an eye-opener for him, a revelation of a quite different, unexpected sort and one which, Ito says, has influenced him ever since. It demonstrated to him how different architecture in Japan was from architecture in other parts of the world. "For me, a building in the West represents something that stands alone, something autonomous, something self-contained, and has in fact done so ever since Ancient Greece," says Toyo Ito. "In Japan we see it differently: Buildings in Japan are always supposed to be a part of nature. They should strive to be in harmony with nature."

Buildings in Europe and the US seldom follow this rule on the design level, even if they are biomorphous in form or ecologically constructed. Ito has always sought harmony with nature and he succeeded in a special way in 2004 when he completed a multistoried retail store for Tod's on the Omotesando, the marvelous road that cuts through the Tokyo district of Harajuku. The building's facade borrows from the tree pattern of his Serpentine Pavilion in London. The cast concrete branches create a translucent skin for the building with forms that are as organic as they are irregular.

For Tod's, Toyo Ito was following in the footsteps of his student, Kazuyo Sejima who started working in his office in 1981 before going independent six years later. Sejima has since surpassed her teacher, both on Omotesando and elsewhere. One year before the shoes were lined up on Tod's shelves, Sejima had designed what might be considered one of the most beautiful department stores on earth: The Tokyo branch of Christian Dior. This building sent her company, which today operates under the name of Sanaa, soaring to the giddy heights of fame - something the reserved Ito probably never dreamt of for himself.

At Christian Dior a tree, a real one in fact, also plays a role. It stands direct in front of the main entrance: During the day, the building recedes behind the somewhat crooked cherry tree, wrapping itself in a woolen world of pale gray curtains behind the completely glass facade which finely reflects everything outside. When it is dark the illuminated facade displays the contours of the tree all the more dramatically. And also reveals how irregular the floor levels are. It really does not matter whether the observer finds this asymmetry natural or unnatural, the building is very faithful to the ideas of Toyo Ito and very faithful to the Japanese understanding of architecture and in its own way, part of nature.

Sejima designed the Dior building together with Ryue Nishizawa, with whom she joined forces in 1997 to create Sejima and Nishizawa and Associates, Sanaa for short. Dior was such a resounding success that it was promptly awarded the Golden Lion at the Venice Architecture Biennial in 2004. That same year the duo's design for the Museum for Contemporary Art of the 21st century opened its doors in Kanazawa, a good 40 kilometers east of Tokyo. Six years later, in 2010, Sejima is now the Biennial's Director. And her company is also very active in both Europe and in the United States. All this was born out of necessity as given that the economic situation was so grim in Japan Sejima and Nishizawa had to search for work elsewhere.

Sanaa designed the most recent Serpentine Pavilion in London: Slender steel struts support a curvy roof, the lower side of which is covered in mirrored material, reflecting the surrounding parkland and visitors alike. Recently, Sejima and Nishizawa created a university building in Lausanne, the Rolex Learning Center. Once again it takes nature as its theme. In Lens, 200 kilometers north of Paris, Sanaa is busy devising a branch of the Louvre: Again, it will be a flowing building, also completely white, with a 130-meter-long roof, a structure that almost hovers over a large green meadow in the middle of the city.

So does Sanaa have a secret? What construction materials do Sejima and Nishizawa use to make their buildings look so unusual? Complete glass facades, slender steel pillars, white or at the most light gray, fine metal mesh. These are all examples of what eventually becomes a atmospheric, ethereal, amoeba-like, limitless natural architecture.

That said, it is not just the materials that play the key role here. The range of shapes Sanaa prefers also aims at being effortlessly different, contradicting expectations. Flowing rooms that are not divided up produce a maximum of openness, the borders which usually define buildings vanish. The curved, round, fluid nature of these structures also ensures that interaction is not limited to simple intersections, simple plus and minus, but instead much sweeter combinations are formed, creating dynamic, unpredicted natural opportunities for experiencing and encountering the building. Another example is the Zollverein School of Design in Essen whose facade of smoothly polished concrete once again takes up the motif of orderly difference, the revolutionary which seems to be very normal. The arrangement of the windows, which seem to be randomly staggered and scattered across the facade in different sizes make this building special. And the windows, all rectangular, all straight, also show that Sanaa's architecture of the unexpected consists less of gimmickry and effects, but in its sum everything is interrelated and coherent.

The filigree lightness of Japanese architecture is due to the fact that the half life of a building in Japan is much less than that in other countries. In their fanatic thirst for the new, the Japanese like to pull down buildings after as little as 10 or 20 years. This can mean that the architect feels a greater lightness when designing and therefore dares do more, sometimes to the benefit of the building, sometimes not.

Needless to say, not everything that looks beautiful is beautiful. In the newly opened Learning Centre in Lausanne the flowing surfaces turned out to be somewhat too challenging for wheelchair users, and now the flow has been disturbed by ramps and hoisting platforms. In Lausanne, you can also see that an architect who wants the theme of purity to win out can quickly be trammeled by reality. A variety of wall clocks from the main sponsor company whose understanding of design is anything other than purist and refined, decorate the walls of the interior. Likewise at the New Museum in New York, a stack of oversized shoe boxes which attracted great interest when it opened in 2007, you can see that the pure gray-white facade only exudes a sense of peacefulness until the user applies brightly colored illuminated advertising which does not harmonize any better with the building it declares is art.

Within just a few years Sanaa had turned the sensitive, the fragile into a fixed factor in architecture. How long Kazuyo Sejima and Ryue Nishizawa will influence architecture on the whole, how long their buildings in Japan and elsewhere will stand up to the passage of time remains to be seen. One project at any rate is still missing. Sanaa should construct something in Yemen, even if it is just for fun. Sejima and Nishizawa's company name derives from the first letters of their names but some people really believe that the architecture of the Yemeni capital served as inspiration for the company and its name. In 1997, however, the architects did not even know what or where Sanaa was. " I was quite taken aback when I saw the word ‘Sanaa' on the display panel at the airport in Paris," recounts Ryue Nishizawa. "A flight to my office?" Perfect!" But on rethinking he took the flight to Tokyo after all. 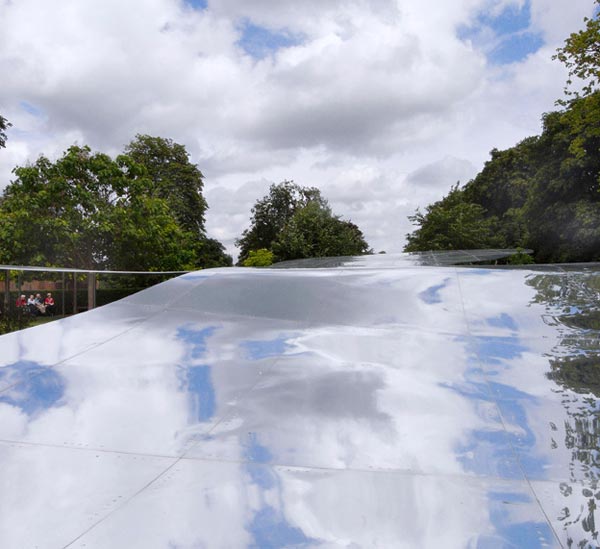 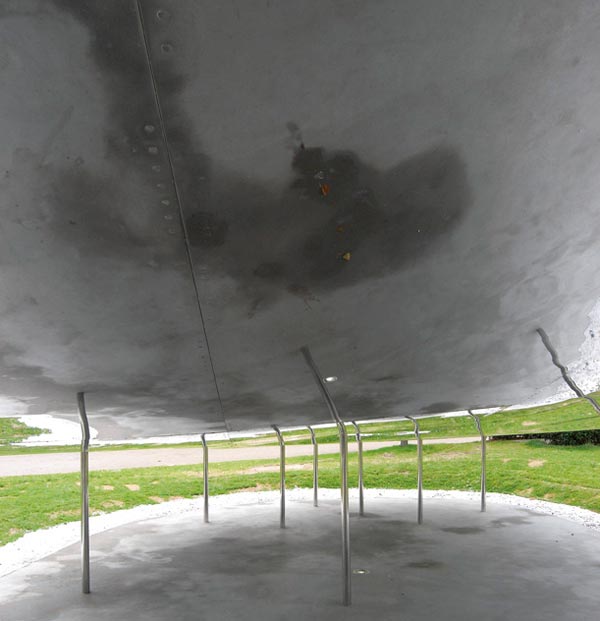