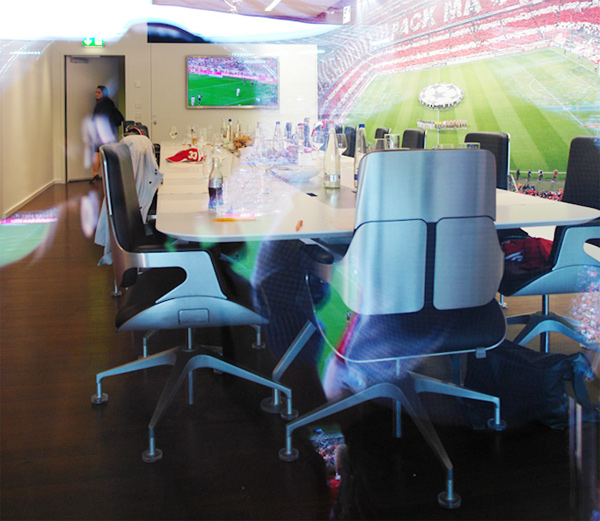 The makers of champions sit in these swivel chairs: the FC Bayern Munich presenter box in the Allianz arena, Munich, photo © Emotionsraum

FC Bayern Munich doesn’t accept any compromises on performance. It demands 100% from its players in every single match. And it was no different when it came to the design for its new presenter box in the Allianz Arena in Munich, designed by one of the world’s most famous architectural firms, Herzog & de Meron of Switzerland, and completed in 2005.

The football club charged office furniture manufacturer Interstuhl, which is based in the small south German town of Meßstetten-Tieringen and well known as high achievers in terms of design, ergonomics and sustainability, with the task of furnishing its new presenter box. The company opted for the elegant “Silver” swivel chair with its synchronous mechanism and weight adjustment, created by Iranian designer Hadi Teherani.

The Hamburg-based architect developed “Silver” as more than just an office chair whose components are 100% recyclable but as an object of use that would also fit well into private living spaces or perhaps in the box of a prestigious football club. They have since created an entire “Silver” collection, featuring armchairs with lower backrests, chairs, conference tables and storage furniture.

When it came to the design for the walls and bar, Interstuhl joined forces with design agency Emotionsraum®, based in the Bavarian city of Rosenheim close to the Austrian border. They subsequently outfitted the elongated room with a 25-square-meter-long acoustic wall, which can be ornamented with a range of different designs to suit the occasion and in turn brings more depth to the space.

The furniture and interior design concepts have been perfectly tailored to the client’s needs and now inspire the FC Bayern Munich board of directors, which often hold its meetings in the presenter box, to achieve top results.

The makers of champions sit in these swivel chairs: the FC Bayern Munich presenter box in the Allianz arena, Munich, photo © Emotionsraum 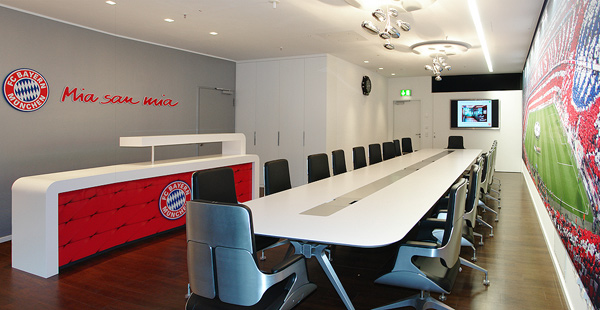 The bar and acoustic wall are the outcome of a collaboration between Interstuhl and design agency Emotionsraum®, based in the city of Rosenheim, Bavaria, photo © Emotionsraum 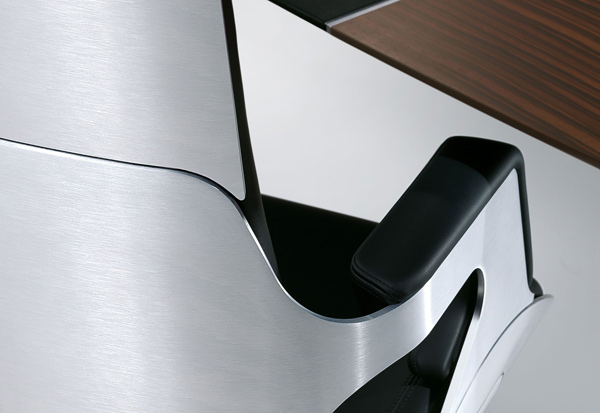 The “Silver” office chair is the brainchild of architect Hadi Teherani, photo © Emotionsraum 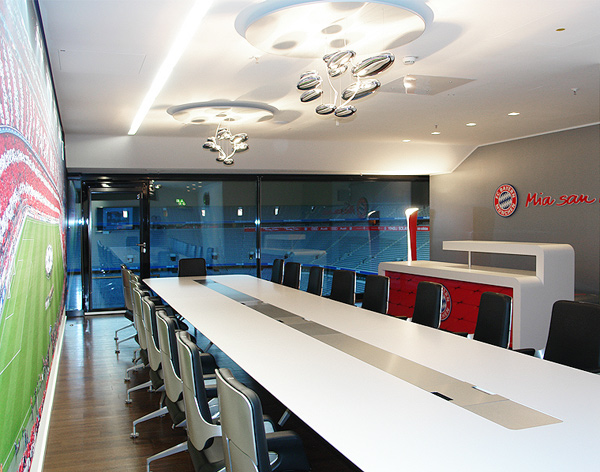 As though cast from a single mold: The “Silver” chair’s elegant design fits in perfectly in the FC Bayern presenter box, photo © Emotionsraum 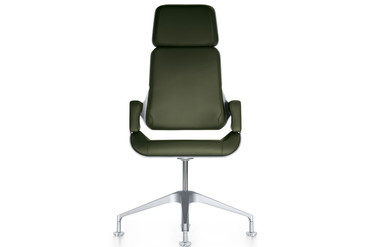 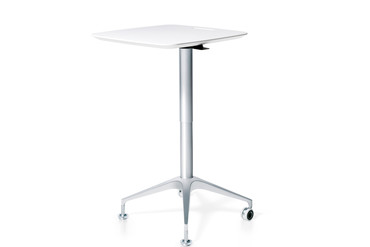 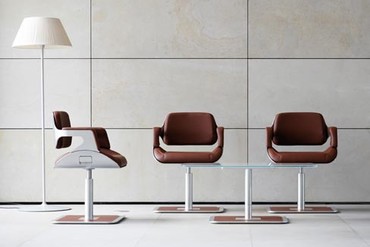 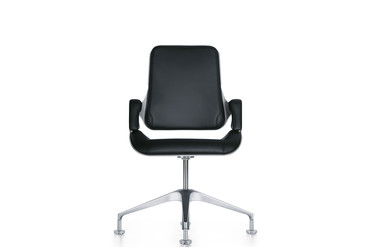 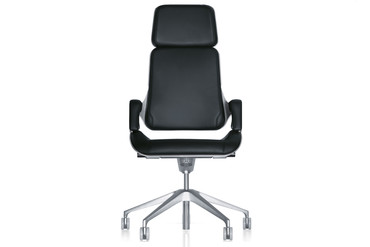 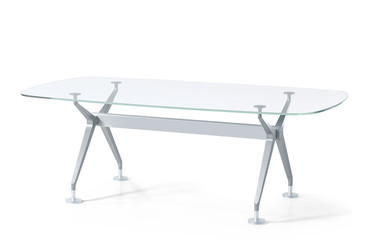 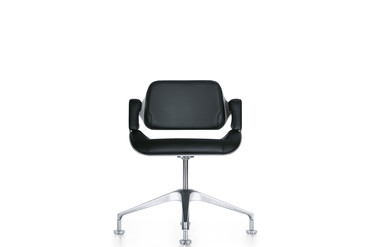 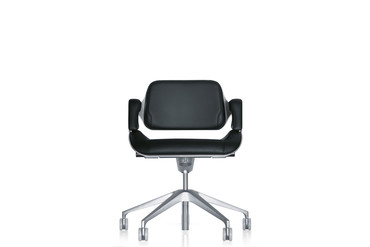