The Dutch Water Line was originally devised for military defense purposes and built in the 17th century. Today, it is part of the UNESCO World Cultural Heritage. The West Brabant Water Line is located in the southwest Netherlands and is part of the historical Dutch Water Line. It is here that "Fort de Roovere" is located, a star-shaped fort surrounded by moats that has, after almost two centuries of being left to decay, has now been rebuilt and forms part of the surrounding park and recreation area.

The planning challenge the architects at the Dutch-Belgian office of Ro&Ad Architekten faced was to render the fortifications accessible to the public. Yet instead of using a conventional bridge to pass over the moat they designed a path through the water, which the architects call a "Pedestrian Trench Bridge". A wooden structure flush with the level of the moat has been clad with waterproofing thanks to strips of EPDM sealant. A circumspect, architectural intervention into the countryside that is at the same time a veritable experience. 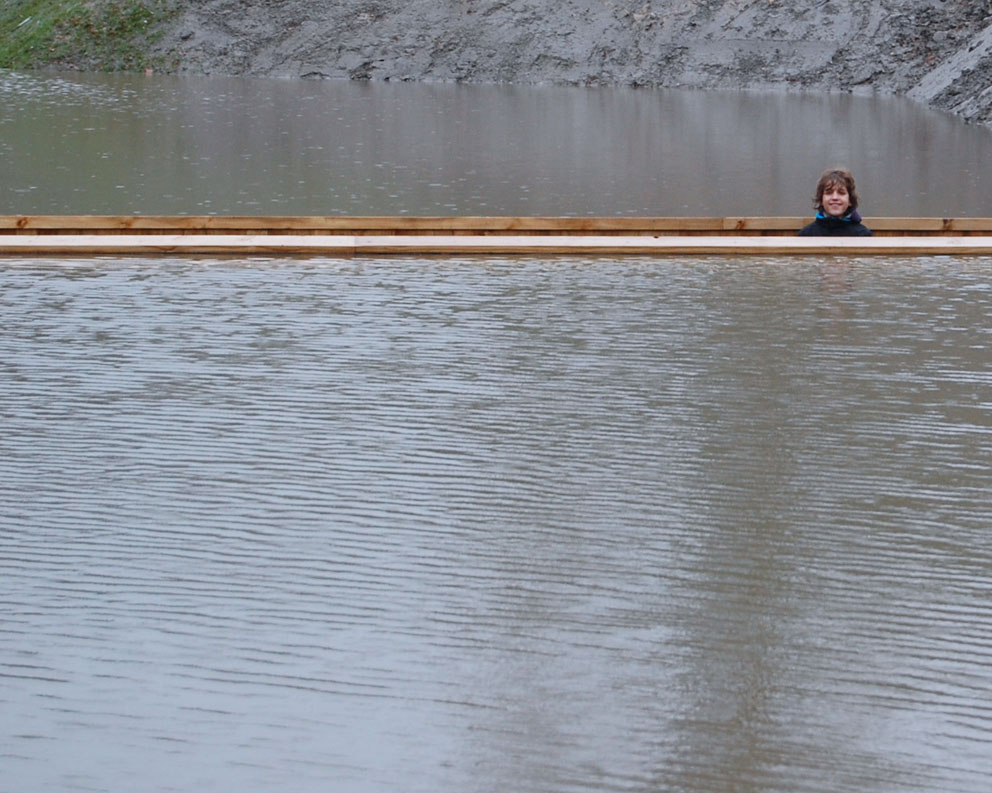 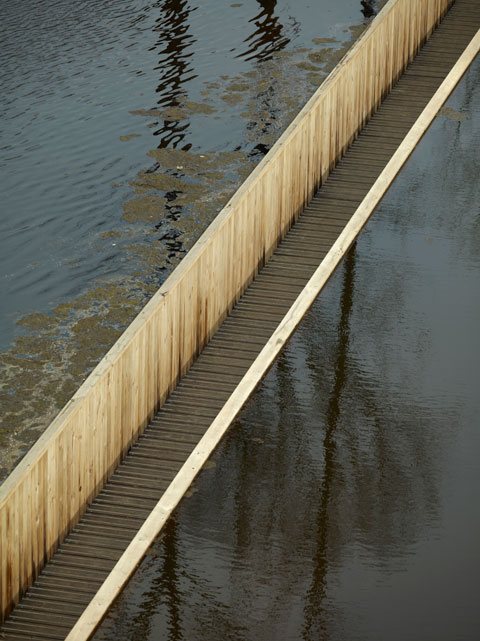 The sides are paneled with Accoya® timber wood, a surface-treated, extremely durable product 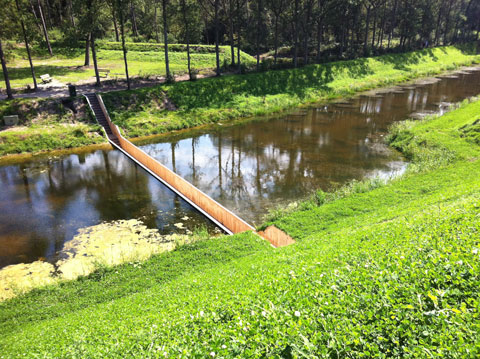 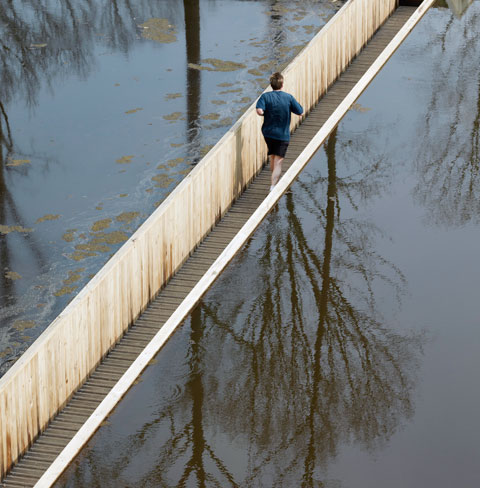 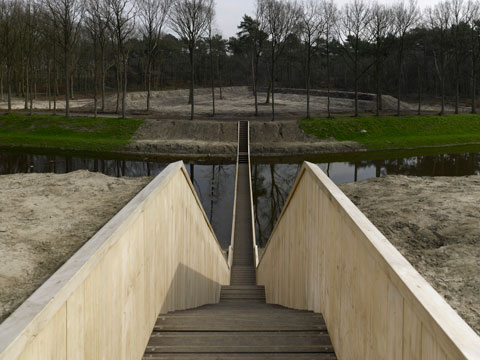 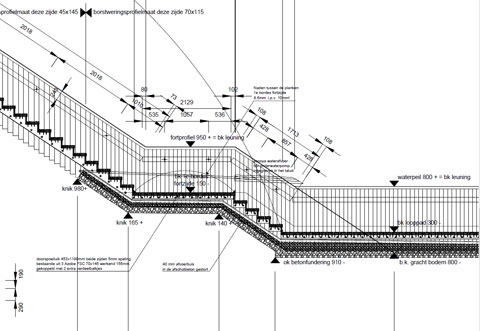 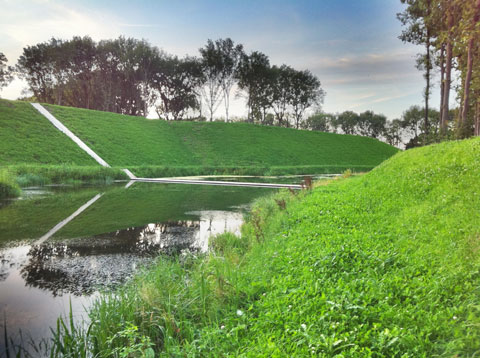 Viewed from a distance - an invisible bridge 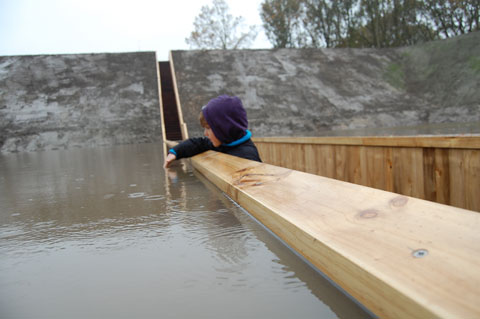 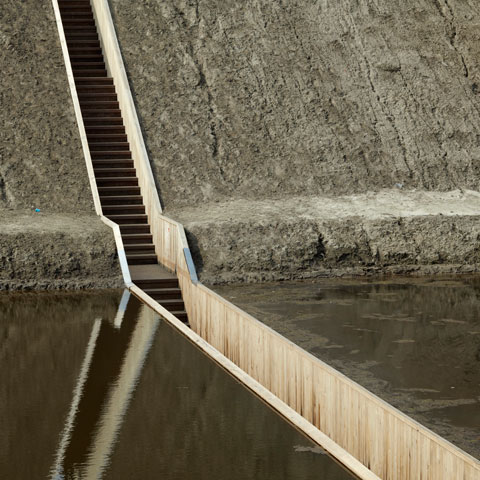 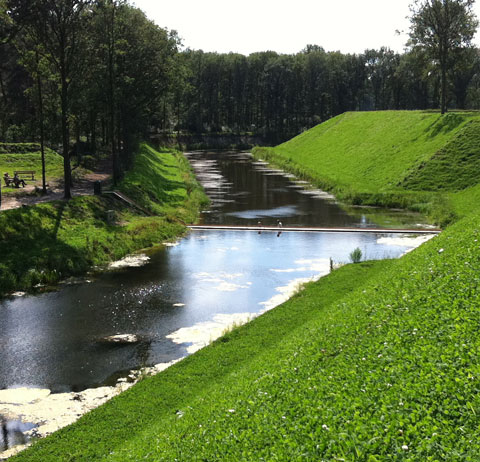 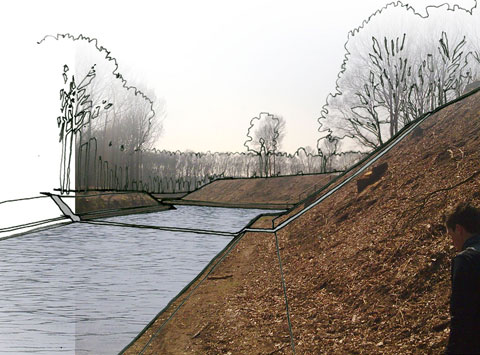 An early sketch of the trench bridge 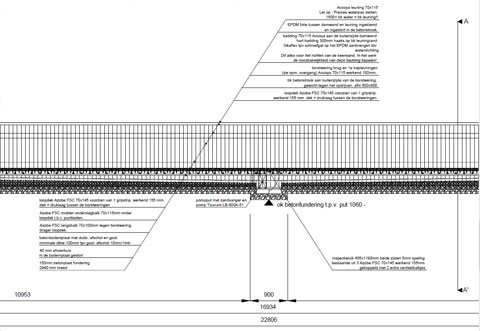