Bartels Systembeschläge's concealed door hinge systems are high-end, functional hinges that can be mounted flush into any kind of door, to hold door weights of between 40 and 300 kilos. Currently, no other hinge producer has developed such a mature and well-engineered program of concealed door hinges; the DX function principle including three-dimensional adjustability was developed by the company BaSys. The elegant lines of "DX hinges" also emphasize the importance of door hinges as design objects in the realm of modern interior architecture. The new gold and silver-plated material surfaces represent the exclusive version of the hinge system. 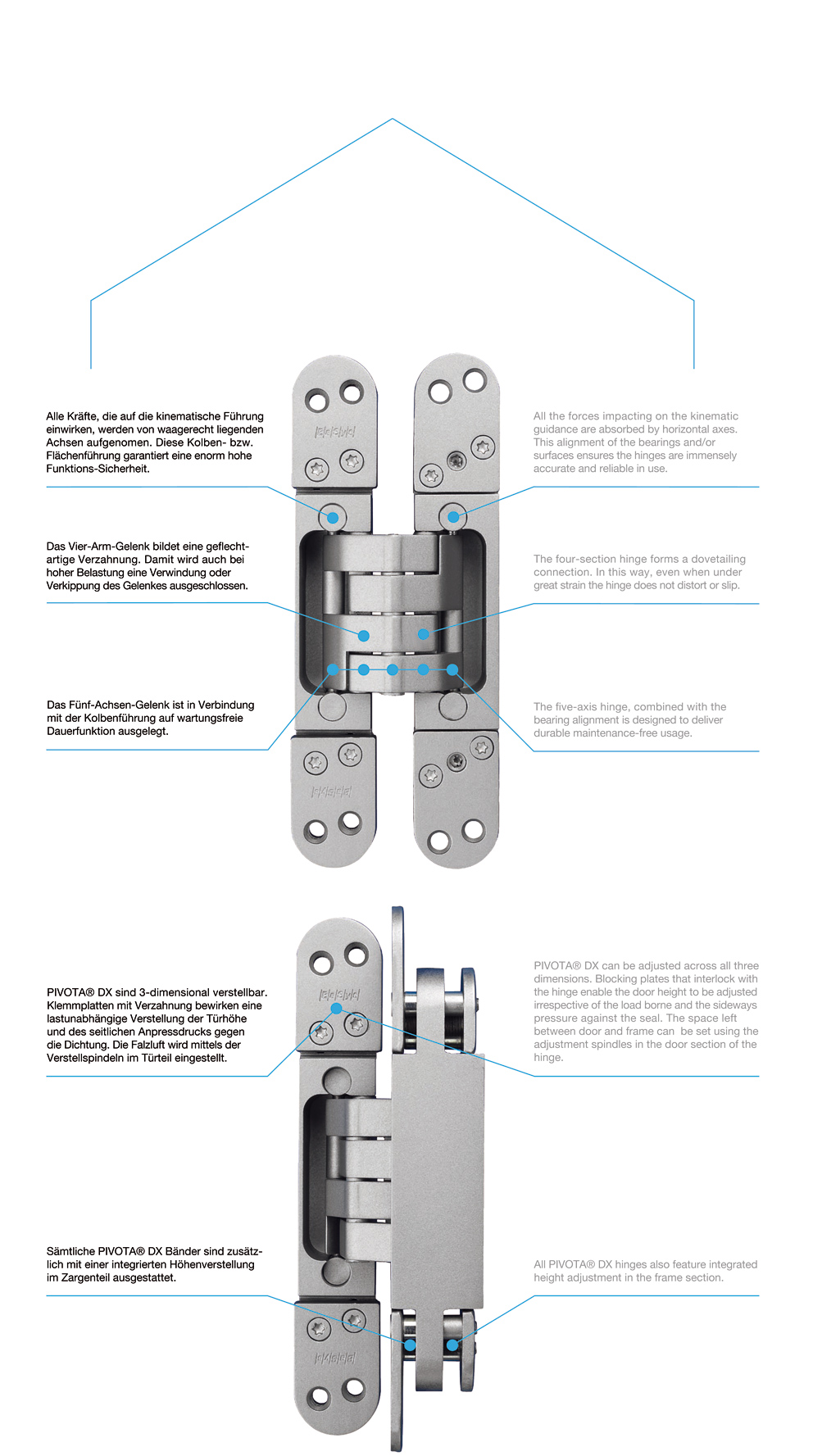