In their design for the new Grand Stade Lille Métropole stadium, the planners have succeeded in creating an architectural and medial masterwork in one. The main façade of the multi-purpose stadium devised by French architectural firms Valode & Pistre and Pierre Ferret is dressed in “DOGLA-TRIO 1030” metal wire mesh cladding covering a total surface area of 2,046 square-meters. Manufactured by HAVER & BOECKER, it boasts a semi-transparent surface that shimmers in the sunlight. At the same time, the stainless steel mesh protects the stadium’s interior from excessive sunlight as well as being easy-to-clean, maintenance-free and non-combustible.

Furthermore, at the stadium’s main entrance the façade functions as a transparent media façade, called the “Image Weave”, which can communicate or announce information on what is going on inside the stadium to the outside world using a range of graphics, lighting and videos. A total of 4.3 kilometers of high-performance LED profiles were installed in the mesh cladding to do the job. At 20 meters in height and 120 in width, the façade’s 70,000 pixels form three different resolution ranges and thus offer three distinct options for providing visual entertainment: a square screen used for videos, an oblong screen tracking the score, and an extensive background screen for graphics and light shows.

The video is controlled via the “e:cue Lighting Control Server fx” and 25 “e:cue Video Micro Converters” by Traxon Technologies, which are located in a local control room. But it can also be controlled using a smartphone or tablet PC.

IMAGIC WEAVE® has transformed the façade of the Grand Stade Lille Métropole stadium into a multi-media playground, more than satisfying the complex demands placed on modern-day stadium architecture. 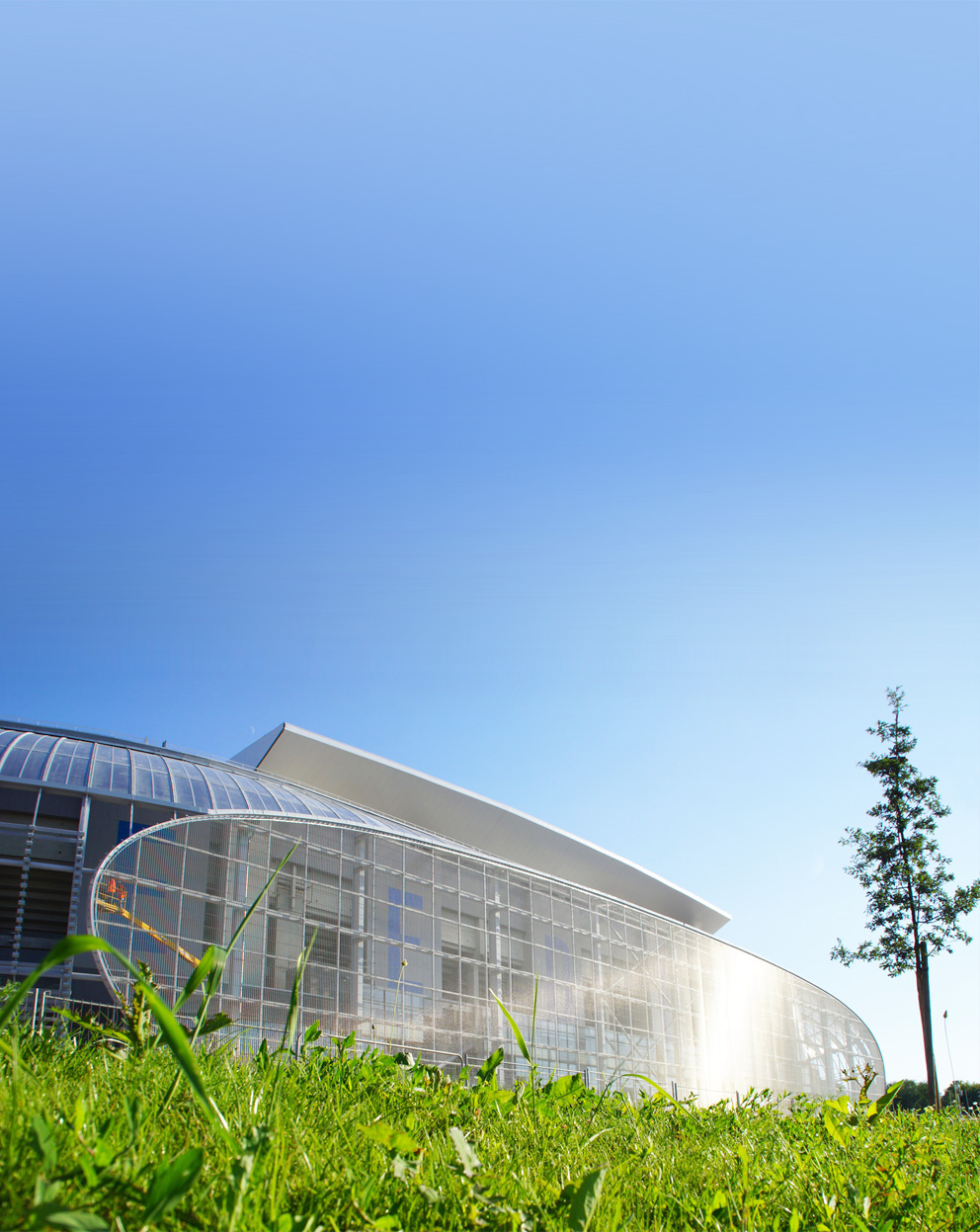 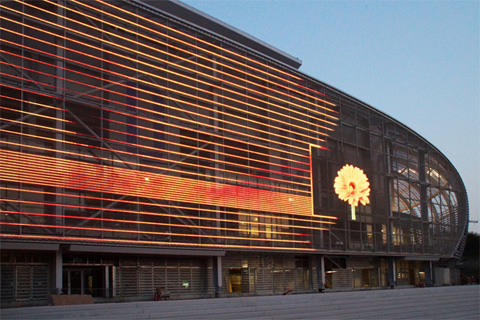 The slim-line LED profiles do not detract from the visual illusion of transparency created by the homogenous mesh façade, photo © Haver & Boecker 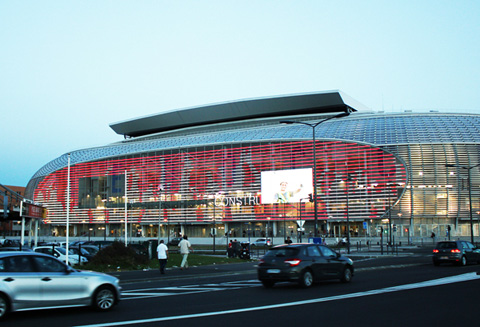 Three different resolution areas transform the façade into a multimedia playground allowing for optimum use of the space, photo © Haver & Boecker 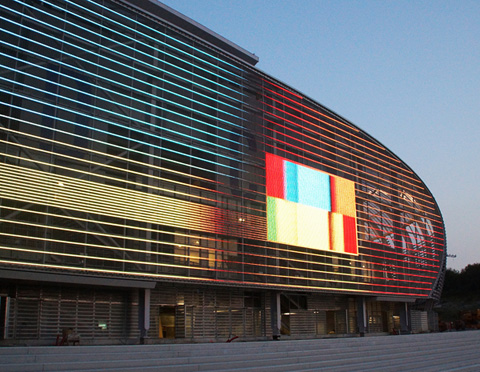 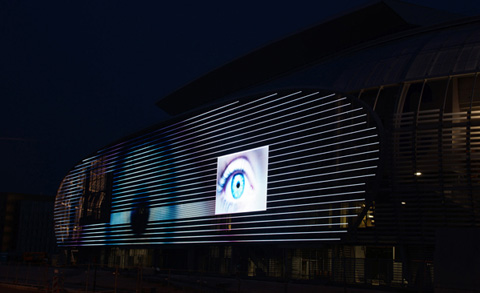 At the fall of darkness, IMAGIC WEAVE® brings the façade to life, photo © Haver & Boecker 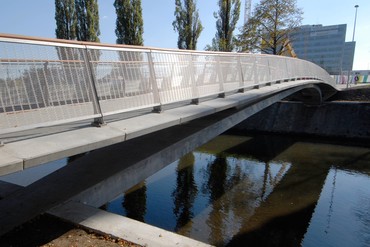