The Taiwanese computer giant Acer chose the Swiss town of Bioggio as the location for its new corporate headquarters, photo © Stefano Schröter

Surrounded by the idyllic mountainous landscape of Lake Lugano, the Taiwanese computer giant Acer has set up office in Bioggio, now the nerve center for their operations in Europe, the Middle East and Africa. The new 7,500-square-meter headquarters were designed and realized by the Tarchini Group, which collaborates with architects and designers to plan, build and furnish office buildings tailored specifically to their clients’ needs.

Designing the new headquarters in the sun-drenched Swiss canton of Ticino, the building shell formed a key aspect of the planning process. The planners had come up with a rather demanding energy concept, which meant that the team needed to find a protective, lamellar skin that would independently regulate the climate inside the building while flooding the building’s interior with as much daylight as possible. This made Colt International a natural choice, being a specialist in the development of complex installations that provide systematic sun protection and optimal use of daylight.

For the Acer project, Colt International developed a moveable glass lamella system, “Typ Colt GSL”, which now envelops the building from the second story upwards like a second skin. The glass lamellae are arranged in horizontal rows, overlapping and squamous, made of laminated safety glass. Fixed rigidly between and next to the windows, in front of them the lamellae are moveable and open continuously up to 90 degrees, which they do automatically in response to the respective position of the sun and weather conditions. They are mounted on vertical, square tubing made of stainless steel and driven by three-phase motors via push rods.

The entire system is controlled by a total of 23 motors on all four sides of the building. Light sensors register whether the sun is shining or not and if so the lamellae open as far as the edge of the shadow. This means that there is no gap between the shade provided by two vertical lamellae, preventing direct sunrays shining into the building between the lamellae.

The glass lamella system by Colt International is not only functionally impressive, with intelligent control mechanisms that ensure effective sun protection, light control and efficient ventilation; it also makes an aesthetic contribution to the building’s overall design.

The Taiwanese computer giant Acer chose the Swiss town of Bioggio as the location for its new corporate headquarters, photo © Stefano Schröter 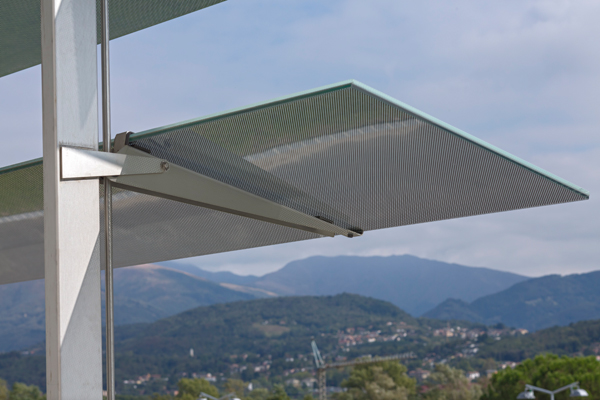 Glass lamellae by manufacturer Colt International are operated by 23 motors in total positioned on all sides of the building, photo © Stefano Schröter 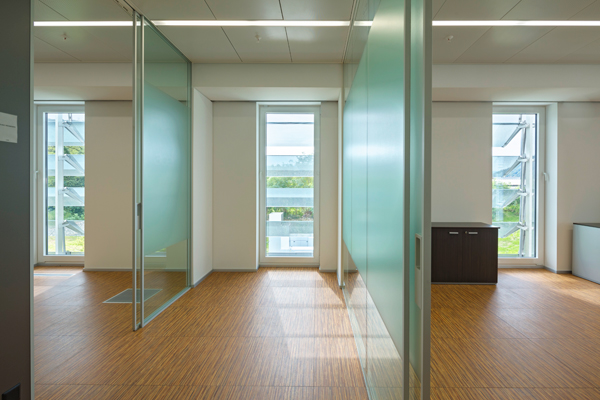 The squamous façade regulates how much daylight enters the building and the temperature in the interior, photo © Stefano Schröter

Fixed rigidly between and next to the windows, in front of the windows the glass lamellae are moveable, photo © Stefano Schröter 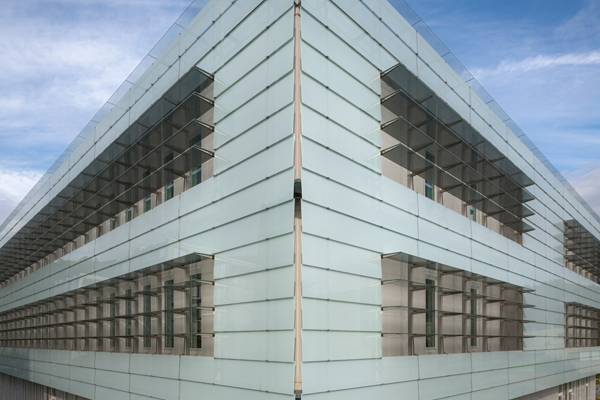 The lamellae are made of laminated safety glass and are arranged in rows, overlapping and squamous, photo © Stefano Schröter 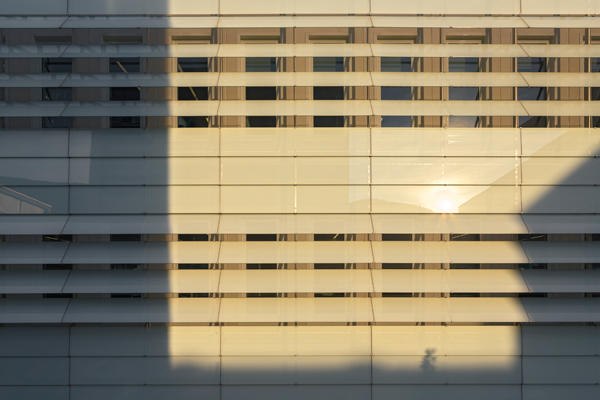 Light sensors register whether the sun is shining or not, photo © Stefano Schröter 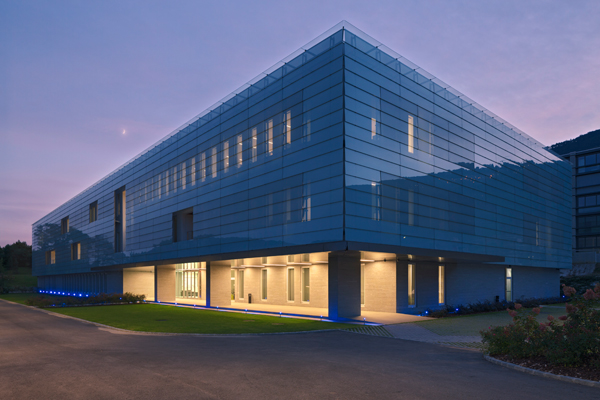 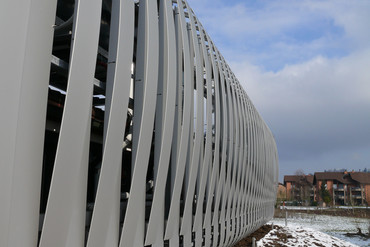