The human body finds the sun's rays pleasurable. Radiant heat feels similar when it emanates from wall heaters made by WEM. The secret is concealed in the house's walls: The pipes conveying the warm water are hidden in specially developed dryboard panels made from loam and destined for timber house construction or are embedded in the plaster. In summer, cold water is pumped through the meandering line of pipes. The system then functions like a silent air conditioner without any annoying draughts.

In winter hot water is pumped into the pipes and the heat radiates evenly and gently, just as it does from a tiled stove. Unlike customary radiators, which heat and permanently circulate the air, the WEM radiators inside the wall function by radiation. The infrared radiation the wall exudes is especially pleasant. The warmth is felt to be more pleasurable than that from conventional radiators, even if the air temperature is about three degrees lower.

The WEM wall heating system enables users to achieve up to 18% energy savings. The warmed walls lower air and thus dust eddying in the room, of particular interest to people who suffer from allergies. Wall heating systems are essentially suitable for any house as long as there is enough wall surface at hand to accommodate them. The "heating area" requirement depends on the system used, the house volume, insulation and the temperature at which the water flows.

The „Loam House“ project, developed along with Jörg Deselaers and his “EcoLut” building concept and Düsseldorf-based Mekus Architekten, has given rise to an exhibition building that visualizes modern buildings created using loam or wood. The building stands out in particular, for the 7.20-meter-high rammed loam wall and the temperature control thanks to WEM climate panels inserted beneath the loam plaster. 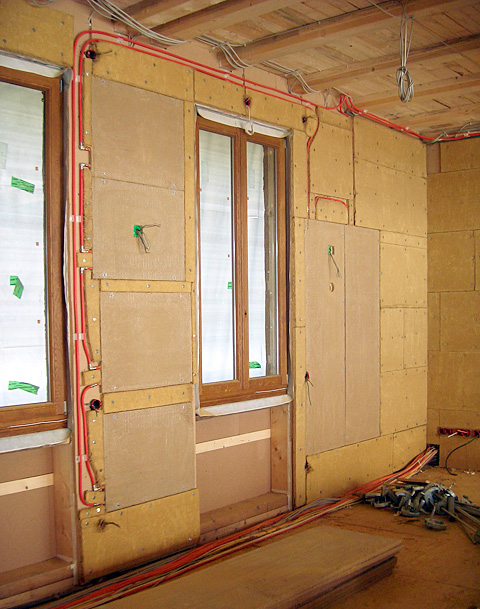 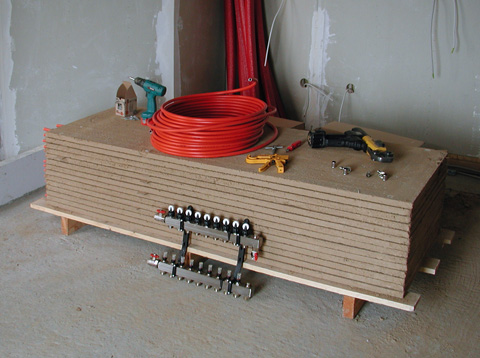 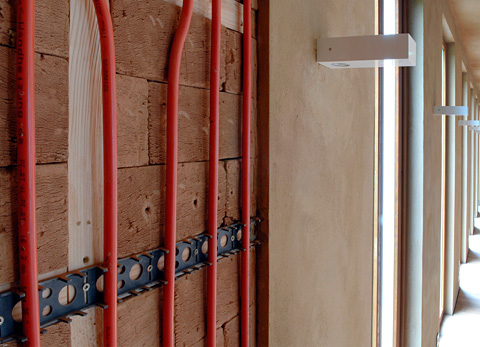 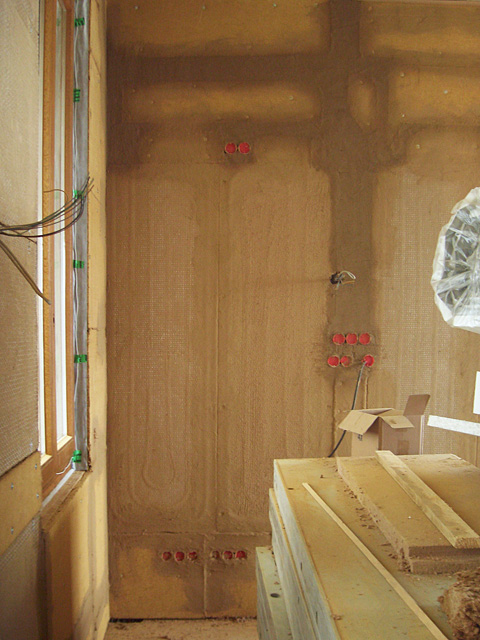 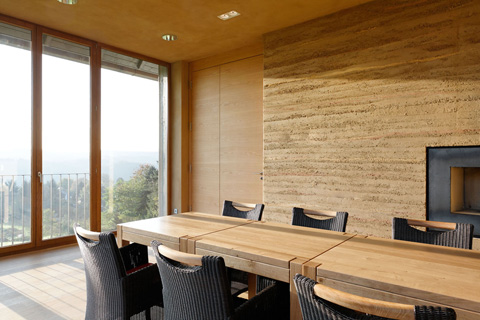 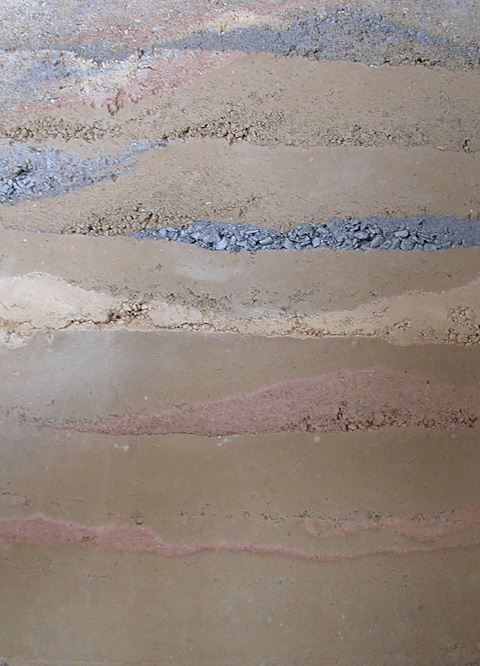 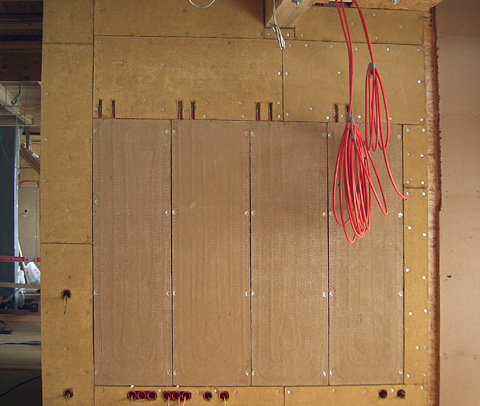 The air-conditioning elements are installed in both the walls and ceiling. | Klimaelement © WEM 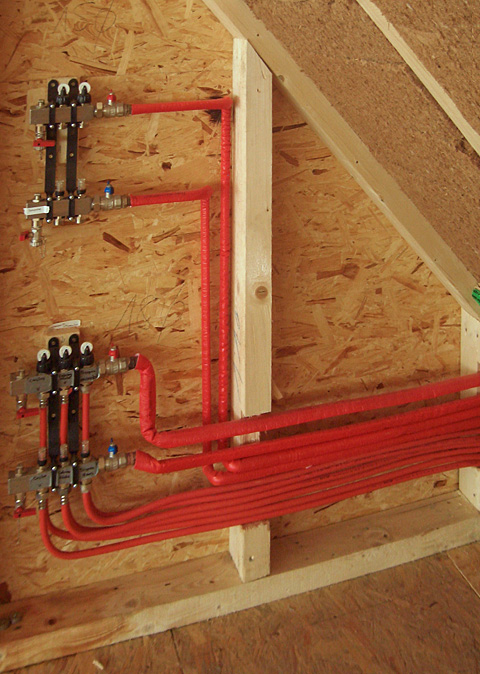 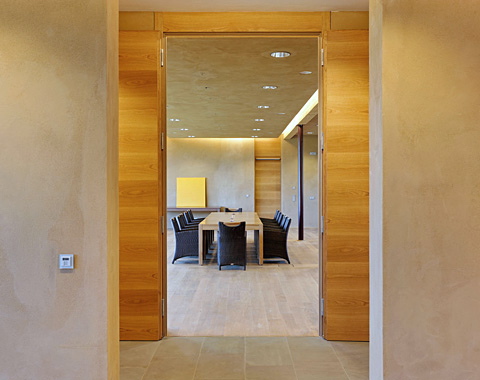 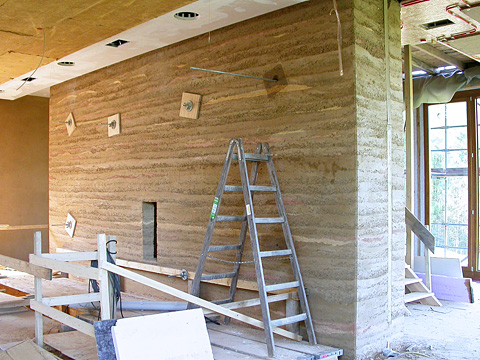 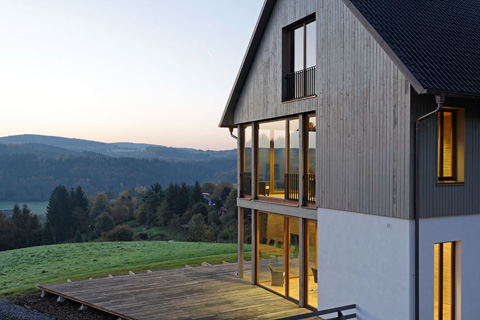