High transparency and clear proportions: this is what formed the focus of the design for HQ2, the new headquarters of the company BFFT in Gaimersheim close to Ingolstadt and brainchild of the architects. In addition to the fully glazed main building they also designed a series of small yet solid buildings for the company, which develops automotive technology including software, drive technologies and test stands for prestigious automotive manufacturers. As such, the architects planned a building for the fast-growing company that boasts almost 10,000 square meters of office and functional space spread over five stories. The transparent and inviting ground floor is glazed on all sides, while the glass façade that envelops the four upper stories is veiled by more than 520 vertical aluminum lamellas, which also provide protection from the sun. They also form a second façade, creating a strict, regular pattern or a vivid portrayal of the structure inside. There are six lamellas (seven at the corners) to each of the small office units on the interior, whereby the lamellas for each office can be controlled individually by users. However, the lamellas can also be universally set to adapt to changing solar conditions throughout the day and as such provide optimum shade to the areas behind. After all, not only is it important that employees aren’t faced with glaring sunlight at their workstations; this system also saves energy when it comes to cooling the offices in summer – both decisive arguments in favor of the lamella façades by Colt. Furthermore, the high-tech nature of the specially developed façades are well suited to such a company from the automotive and electronics industry and at the same time remain extremely elegant in their appearance – a highly welcome side effect. 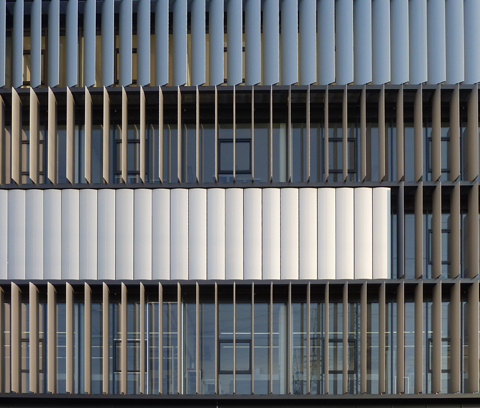 The lamellas can also be universally set to follow the course of the sun or controlled individually in each office unit. Photo: © Jan Bunje 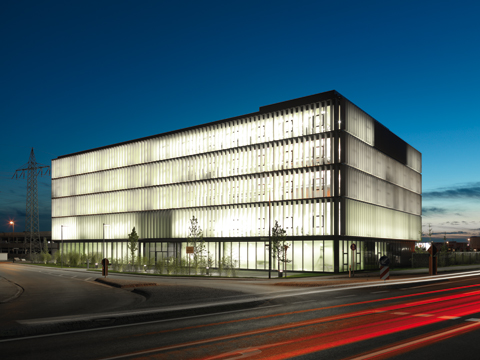 HQ2, the new headquarters of the automotive technology developer. Depending on your point of view, at night the façade can appear fully opaque or completely transparent. Photo: © Colt International GmbH 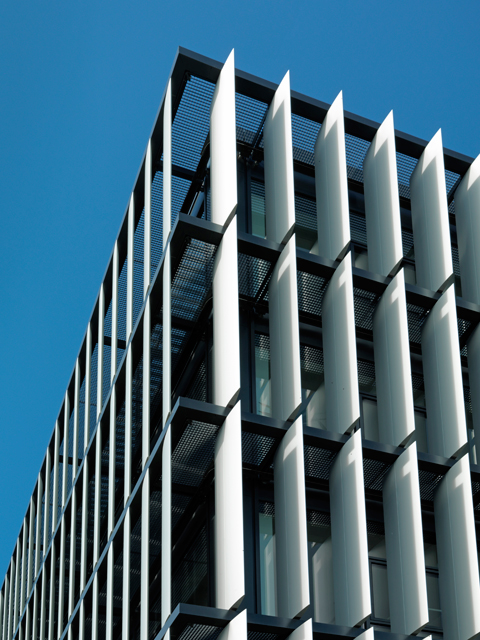 The closed lamellas by Colt were attached to the maintenance platforms that surrounded the building. Photo: © Colt International GmbH 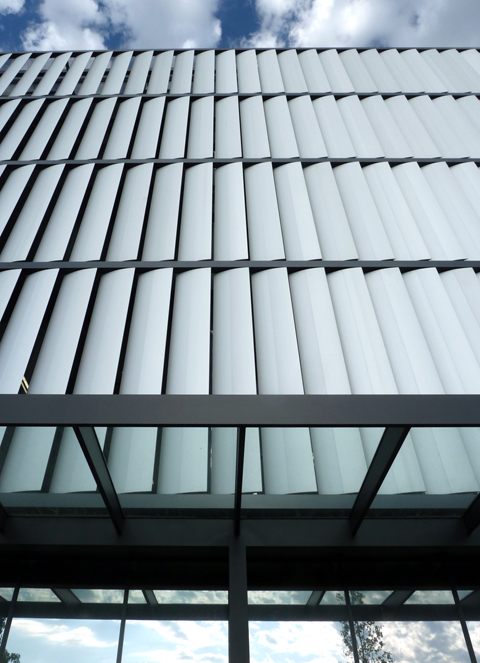 The facade by Colt comprises more than 520 individual aluminum lamellas, which can be controlled separately for each individual office unit. Photo: © Jan Bunje 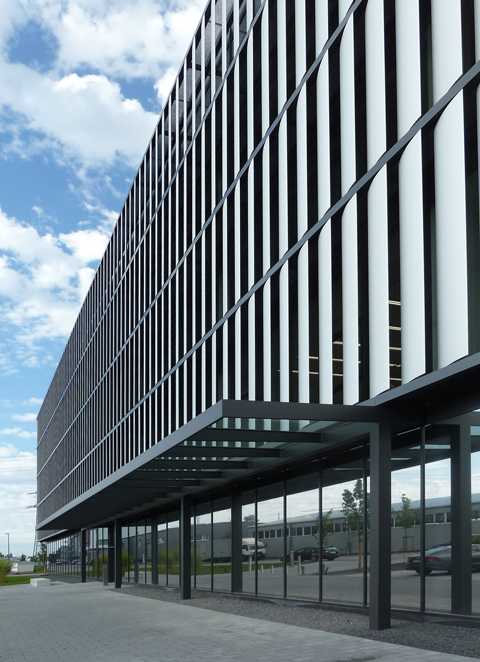 The transparent ground floor and the lamella façade by Colt make for an elegant and modern look. Photo: © Jan Bunje 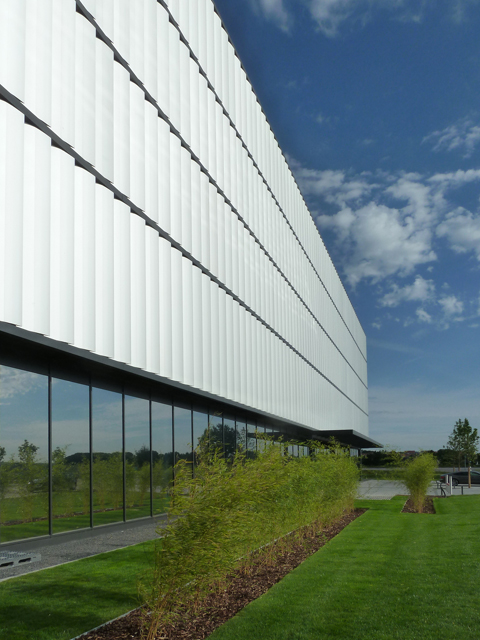 In addition to the necessary shade within the office spaces, the lamellas also allow for a multifaceted interplay between the façade’s respective opacity and transparency. Photo: © Jan Bunje
Advertisement