In the Renaissance and Baroque chambers of marvels, and they usually housed aristocratic collections of curios and objets d’art, no distinction was made between the arts and the crafts. The nobility simply collected what was beautiful and rare, and was felt to reflect an entire universe. For the renowned international artist Olafur Eliasson this principle also applies in the 21st century: He does not believe there should be a line dividing art and industrial design. In this spirit, together with Zumtobel he has developed the “STARBRICK” luminaire, which is modular in structure and therefore can be combined and expanded at will by means of any number of individual elements. The lighting modules have already been deployed as elaborate installations and light sculptures in galleries and museums, but can also be acquired individually from Studio Eliasson. STARBRICK has, for example, also found its way into the Kunstkammer attached to Vienna’s Kunsthistorisches Museum where it is the only protagonist of contemporary art and ultra-modern technology.

Architect HG Merz, famed for his elegant conversions of museums, a prime example being Berlin’s Alte Nationalgalerie, was in charge of the new presentation in the 20 historical rooms of Vienna’s Kunstkammer. “We have tried to instill these rooms with a sense of magic,” Merz said in an interview. And he’s succeeded: With stylish vitrines which with their unobtrusive LED luminaires shed just the right light on the objects of ivory, gold and crystal: SUPERSYSTEM spots by Zumtobel diffuse or focus light of the right intensity and thus create an appropriate ambience. They thus carefully stage the most marvelous items from the collections of various Habsburg emperors.

The STARBRICK is both art object and lighting solution at once. Developed from the addition, rotation and overlapping of individual modules, a complex shape arises that by combining several elements becomes a highly facetted light sculpture. But STARBRICK is not a pure matter of l’art pour l’art. For the museum, Zumtobel adapted the luminaire to the complex spatial conditions and integrated additional LED spots on its lower side while also selecting the base surfaces for the security lighting. Suspended from the glorious ancient ceilings, the STARBRICKs resemble so many free-floating, enigmatic and yet highly modern sculptures that far exceed their actual function, eliding the distinction between art and design – fully in keeping with the spirit of the chambers of marvel of yore. 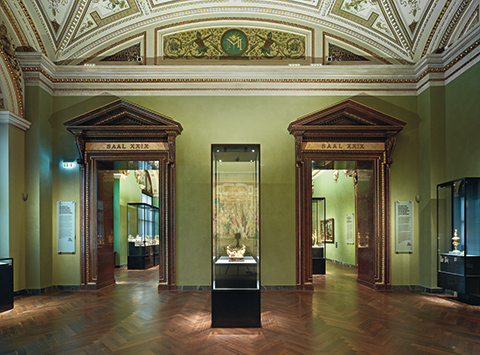 LEDs by Zumtobel shed just the right light on the treasures of art in the display cases.
Photo © Bruno Klomfar / Zumtobel 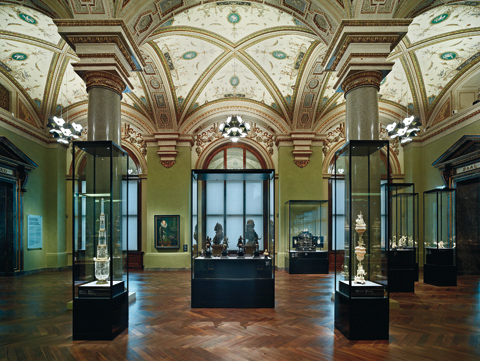 The STARBRICK elements are discernible only at second glance; their clear, pared-down design forms an intriguing contrast with the exhibits displayed at the Kunstkammer. Photo © Bruno Klomfar / Zumtobel 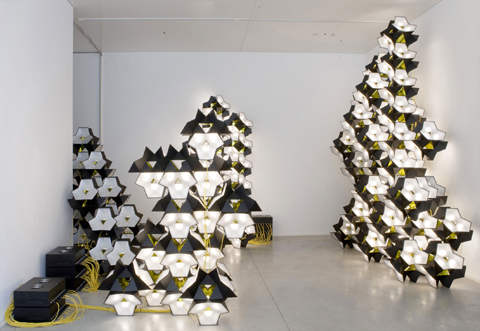 The STARBRICK luminaires are modular in structure and can be combined and expanded at will. Photo © Zumtobel 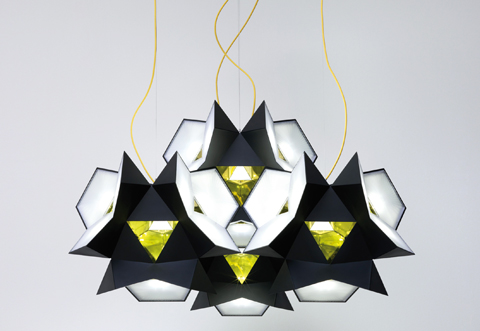 Designer Olafur Eliasson has described the development process that produced the star-shaped luminaire as an “experiment involving light modulation and space”. Photo © Zumtobel 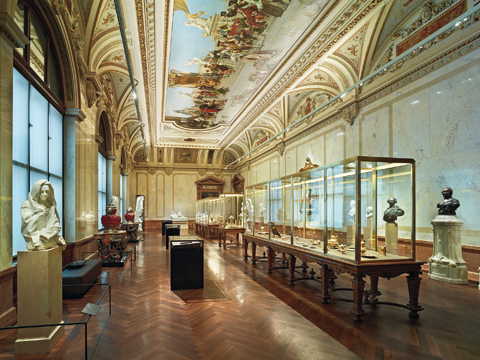 HG Merz has given the historical rooms of Vienna’s Kunstkammer a makeover – for a much enhanced presentation of exhibits. Photo © Bruno Klomfar / Zumtobel 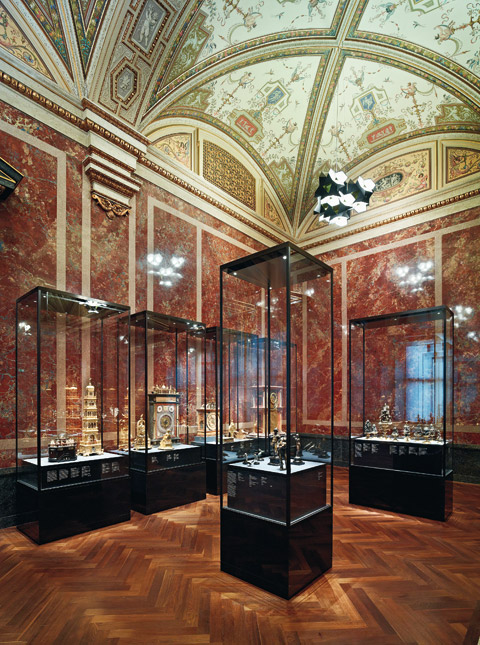 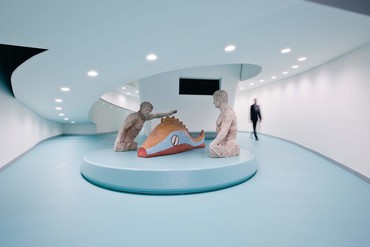 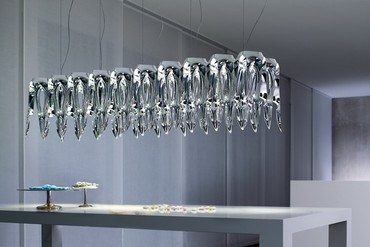