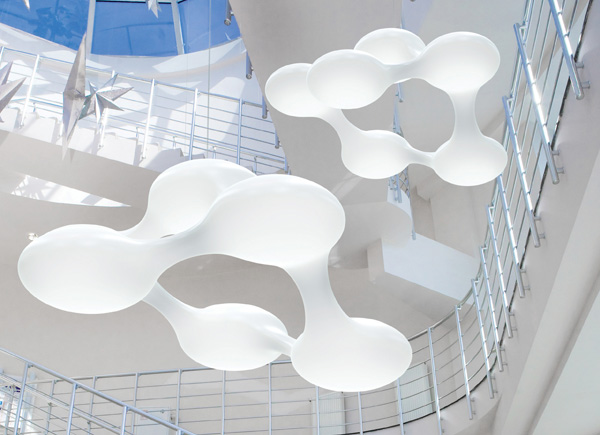 With every change of perspective the COSMO pendant lamp appears to take on an entirely different form, photo © next

When we think of molecules, we think of them in their traditional guise, as tiny connectors linking the smallest atomic particles – but COSMO luminaires by lighting manufacturer next provide a quite different take on the term. Reminiscent of some kind of UFO, the components measure 88 x 160 centimeters and float beneath the ceiling with an almost unbelievable lightness. Designed for rooms with high ceilings, this pendant lamp is particularly well suited for use in hotel lobbies and galleries as well as shops, bars and restaurants. No matter which perspective you look at COSMO from, it always appears to take on a different shape, as though some organic life form were concealed within it.

The man behind this new, colossal take on blob art is designer Constantin Wortmann. But not only the size of the finished product is phenomenal, the technical challenges involved in creating this floating nexus of six luminaires from just one single molded piece were equally extraordinary. An outlay that remains unmatched in the lighting industry.

In order to cast COSMO in one piece during the rotation molding process, next first ordered a two-part aluminum tool mold from tool manufacturer Maus in Karlsruhe, which was prupose-made using a CAD template. The pendant lamp was then cast in polythene using this custom-made mold. Molecule upon molecule came together, combing to create a truly extraordinary luminaire.

Thus next has earned itself yet another point, developing a new, organic luminaire that not only illuminates the whole room but transforms the space in the most poetic of ways.

With every change of perspective the COSMO pendant lamp appears to take on an entirely different form, photo © next 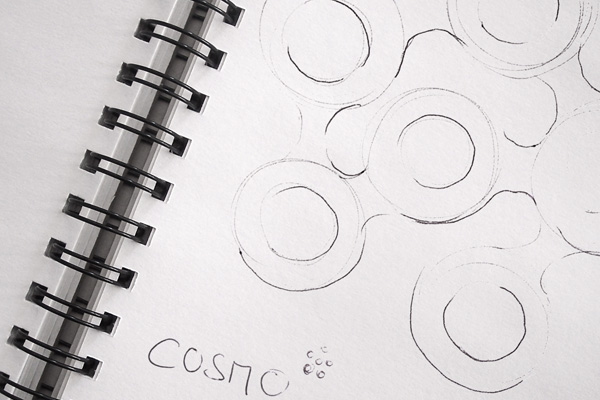 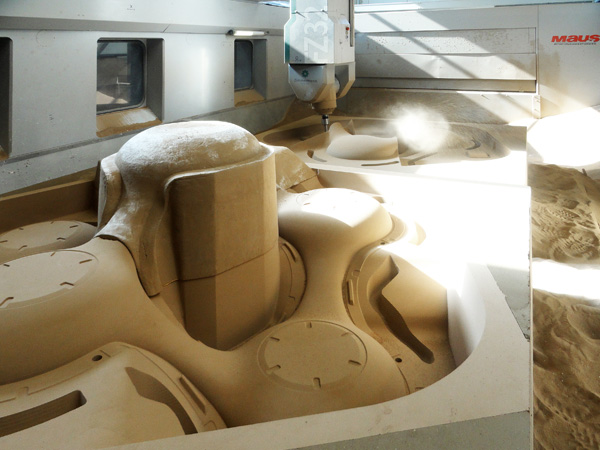 Shaped preforms for the mold, used to cast COSMO in aluminum, photo © next 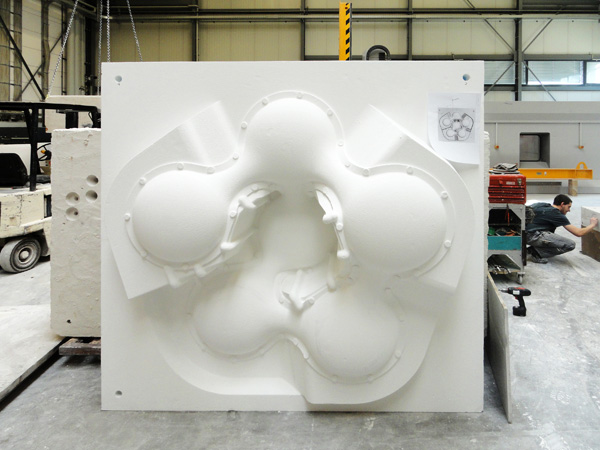 The second preform represents the outer contours, photo © next 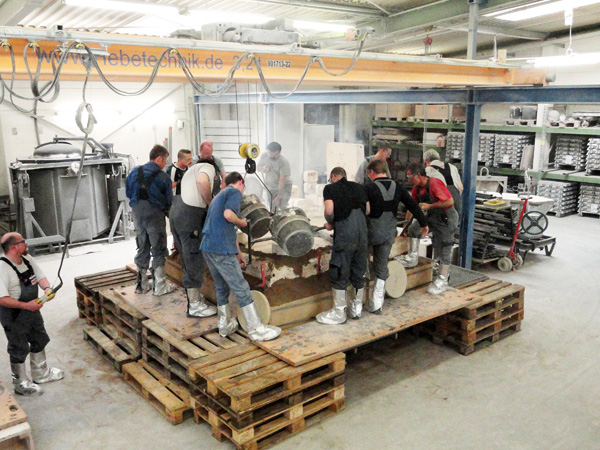 Molten aluminum is poured into the mold, photo © next 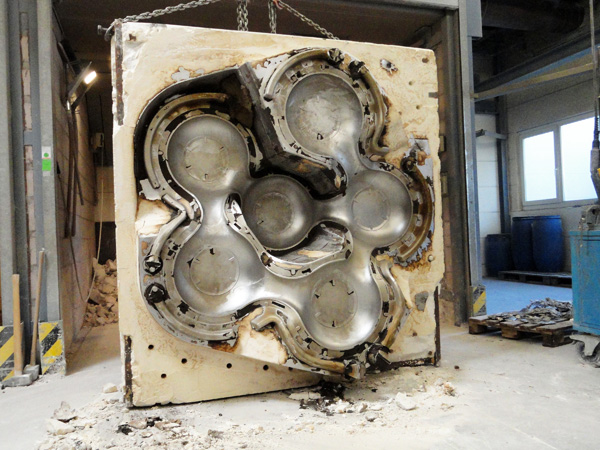 Upper aluminum blank in the mold, photo © next 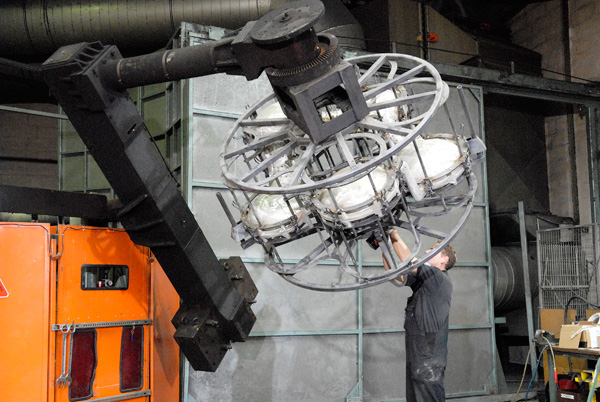 COSMO luminaire on the rotating arm, photo © next 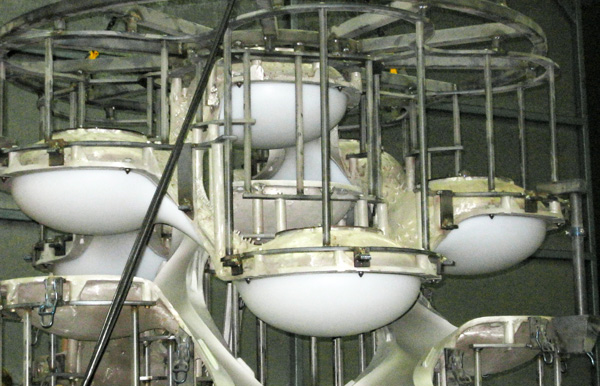 The rotation cage can now be opened, COSMO is finished, photo © next 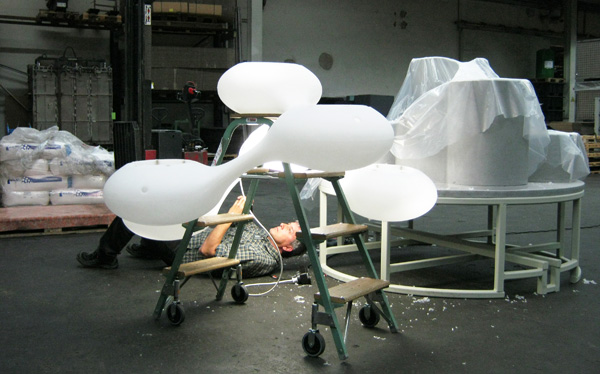 The cables and barely visible mounting are affixed to the luminaire, photo © next 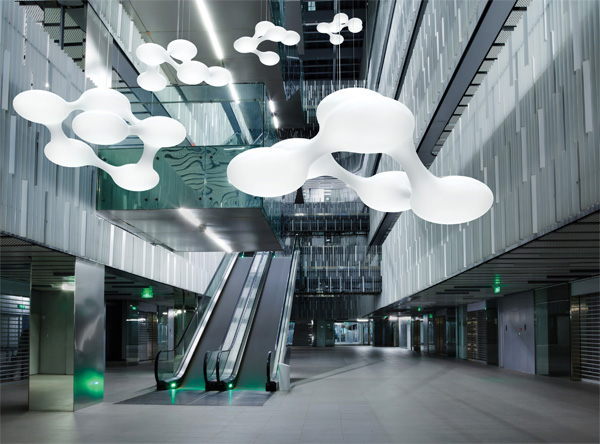 A colossal, molecular structure, COSMO is best hung in high rooms such as lobbies, stairwells or galleries, photo © next 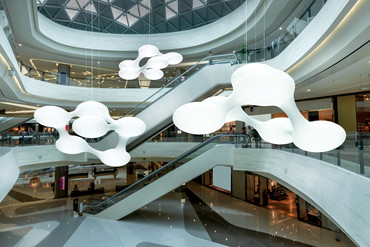