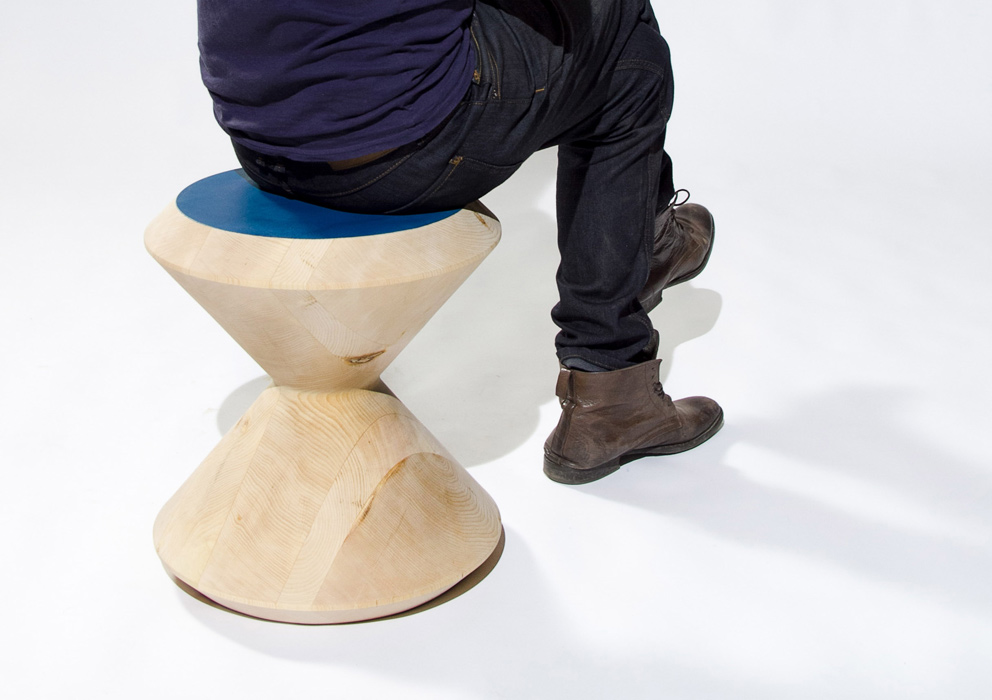 Inspired during a visit to the United States: “Nine-Sitzer” is a stackable high stool made of solid cedar wood. Photo © Harry Thaler 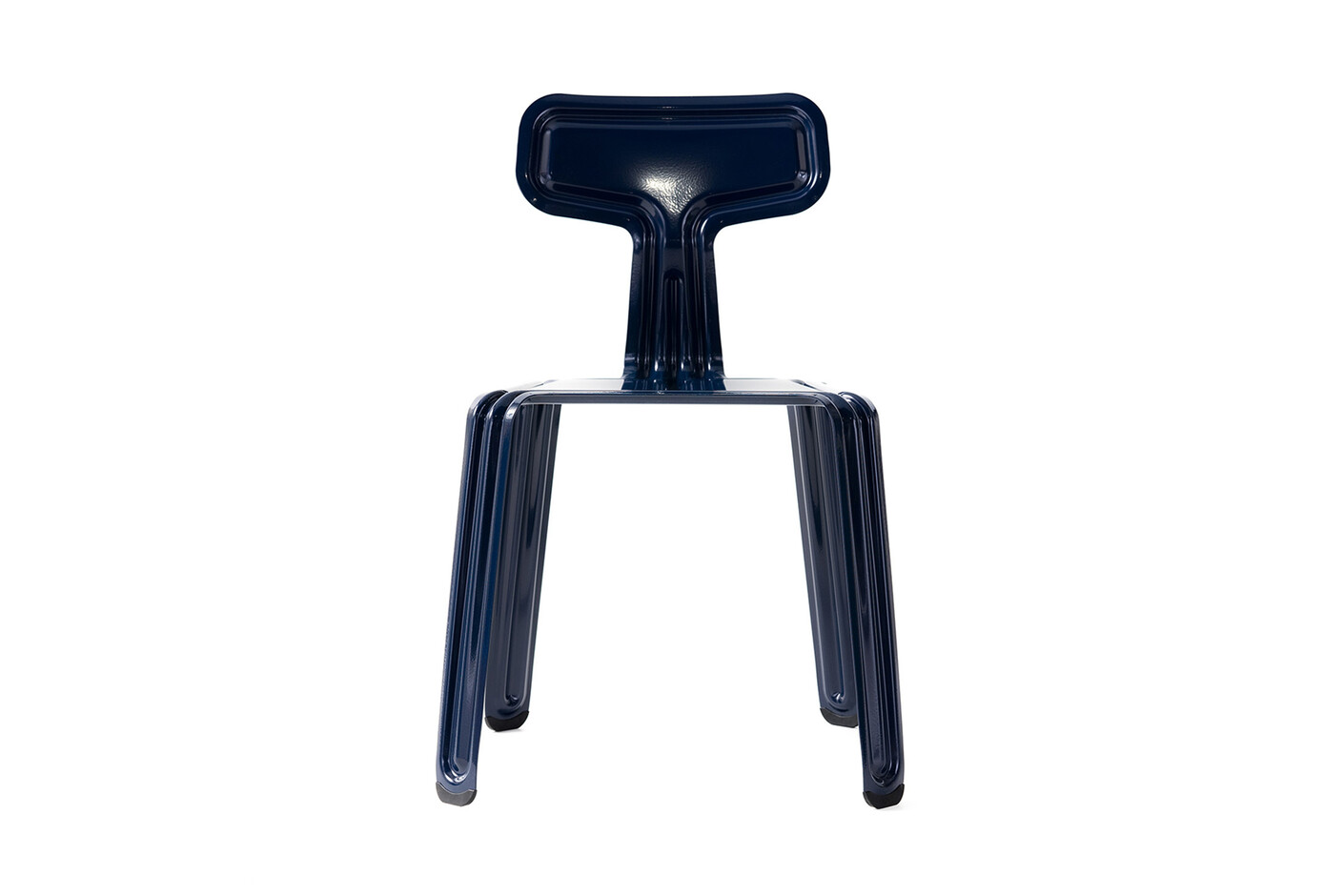