top
New shores – with the completion of a design studio begins an extensive construction phase of the redevelopment project off the coast of Newfoundland
von | Aug 5, 2011

A few years ago, Fogo, an island off the Canadian Atlantic coast, had to withstand the collapse of the local fishing industry and the resulting exodus of a large portion of its population. The island is a place full of subtle, elementary beauty. Eleven communities, with a total of no more than 3,000 people, inhabit the island's harsh, windy terrain.

"Long Studio", designed by Norwegian architectural firm Saunders, is the first building to be completed within an ambitious master development plan, which alongside residential buildings foresees artists' studios and a five-star hotel. The 120-square-meter, elongated building is one of six destined for designers who are to open offices on Fogo. Long Studio was prefabricated during the winter in the workshops of local craft businesses and then assembled upon stilts on site during the warmer spring days. The building consists of a "shell" made of blackened pine, while the interior provides a stark contrast with whitewashed pine paneling. 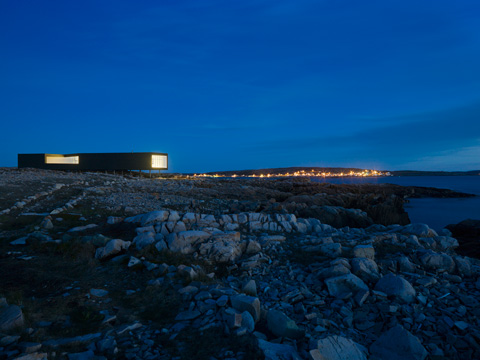 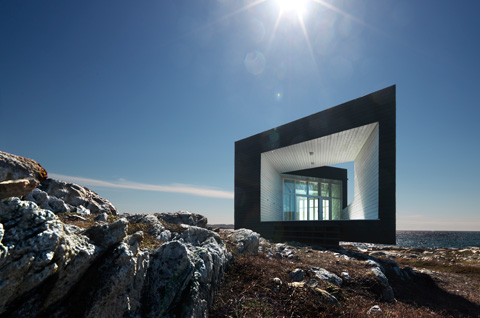 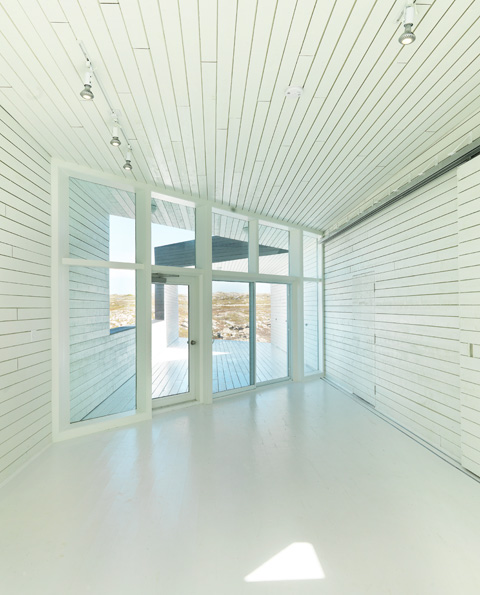 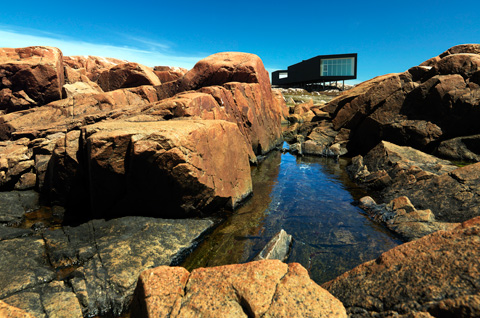 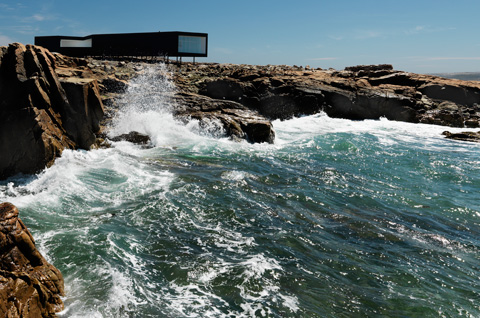 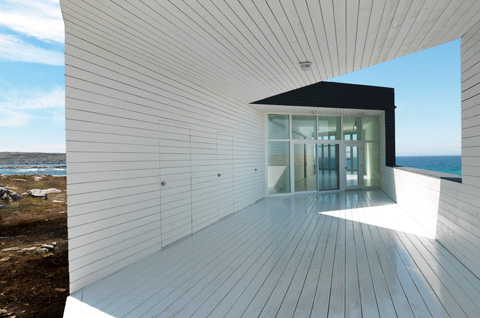 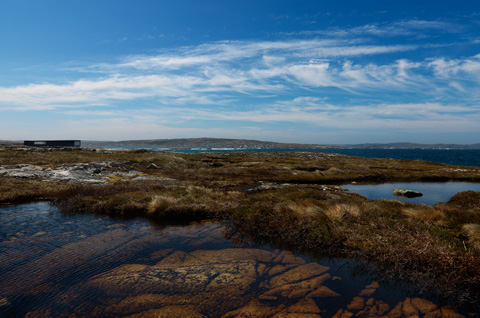 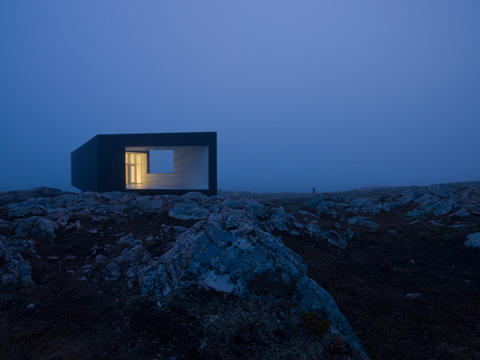 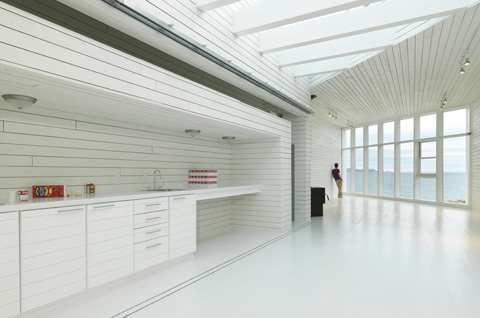 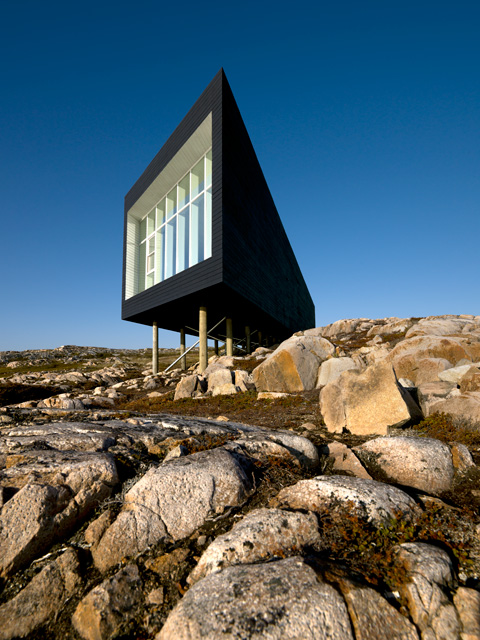 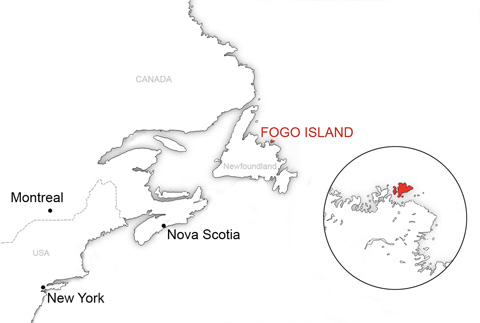 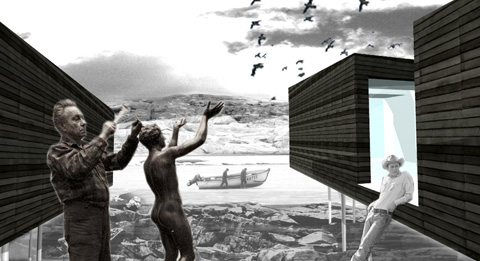 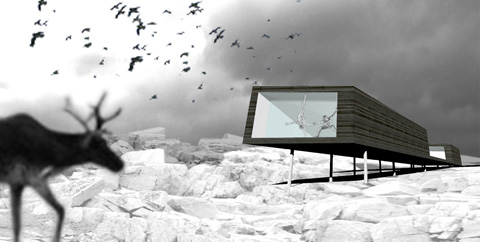 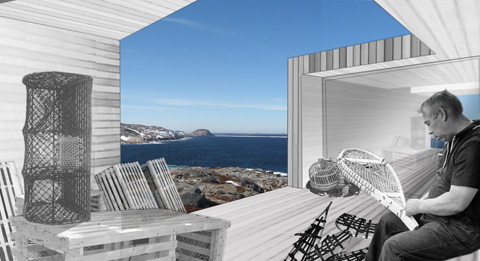 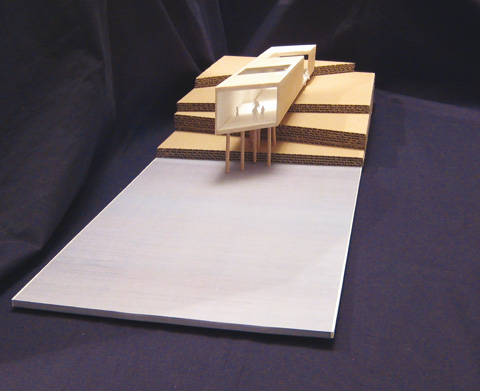 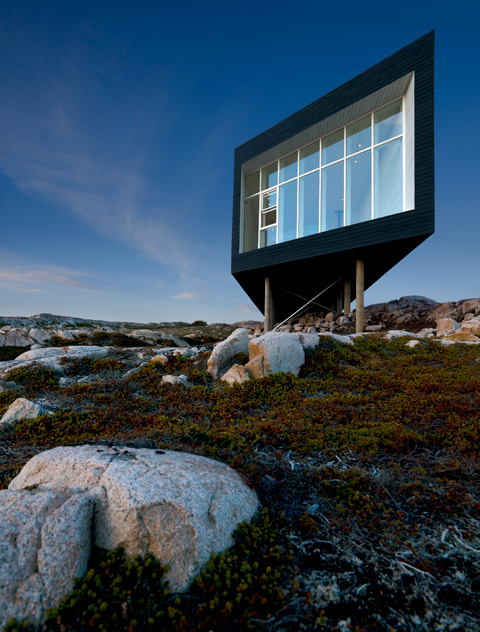 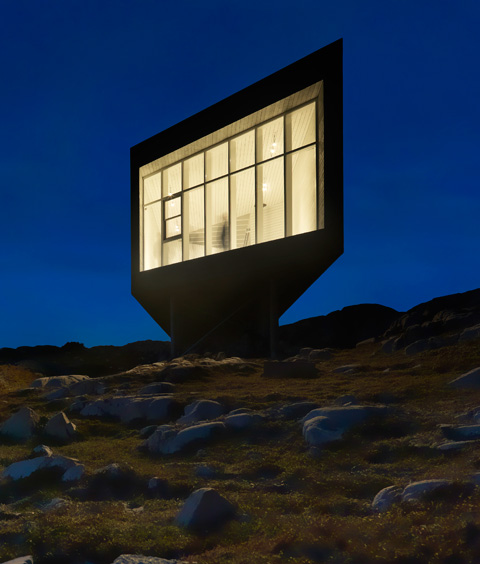 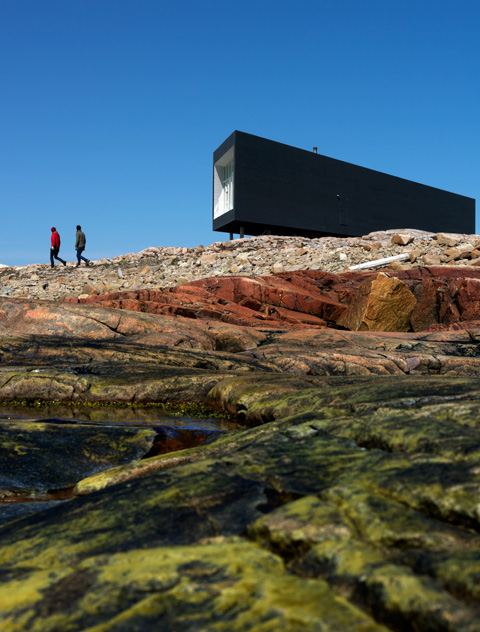 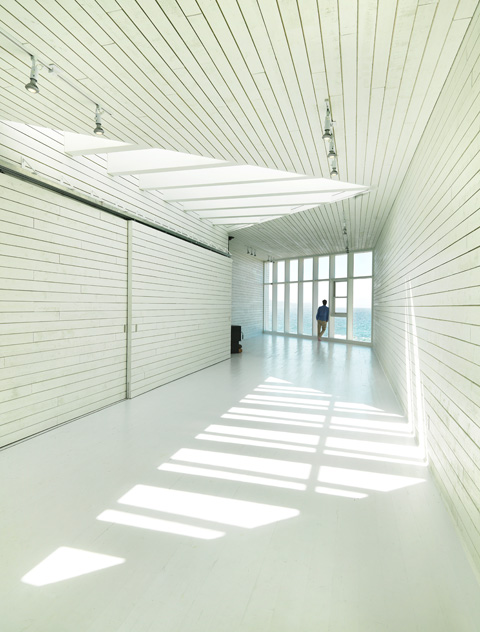 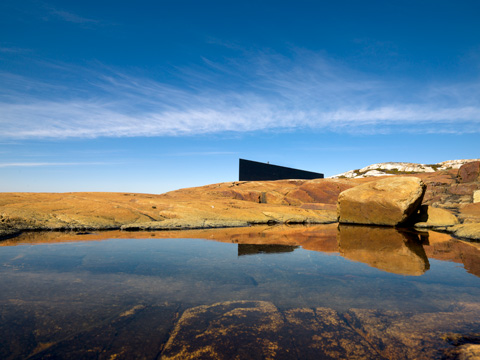 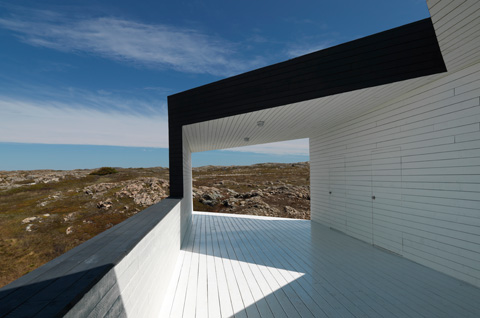 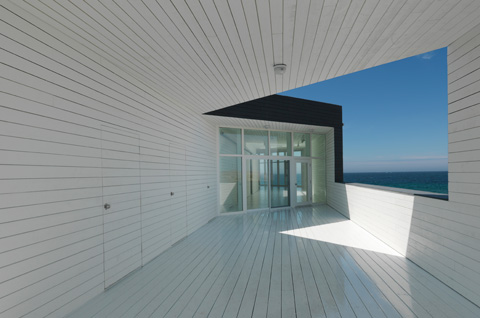 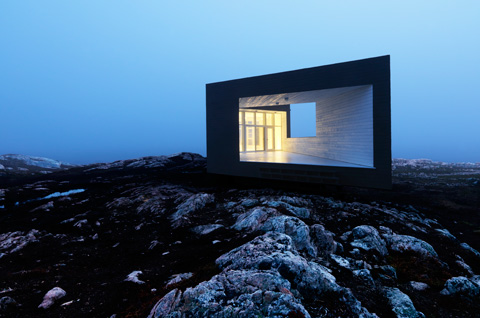 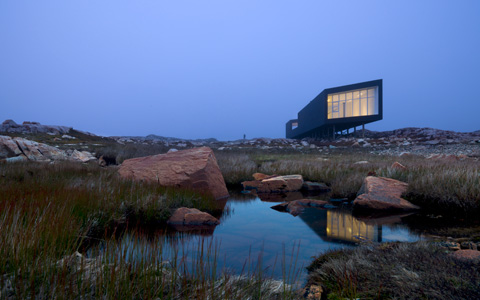 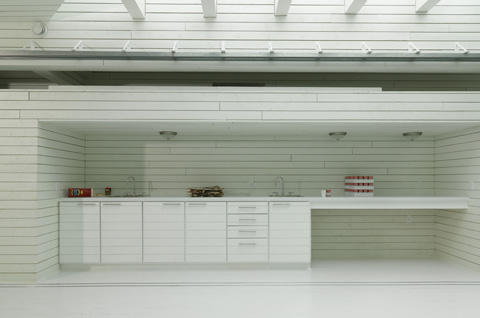 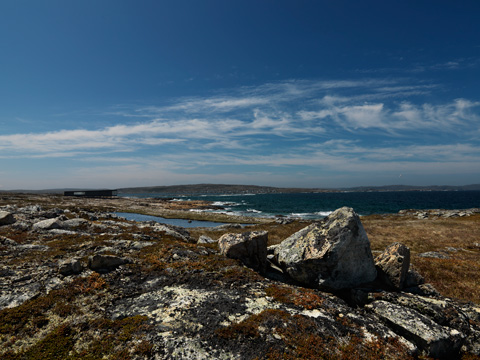 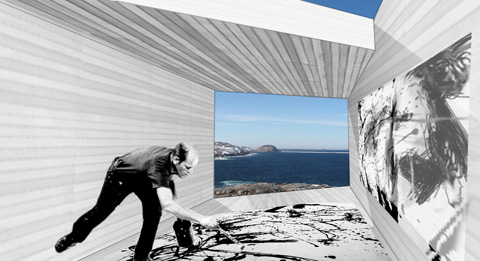 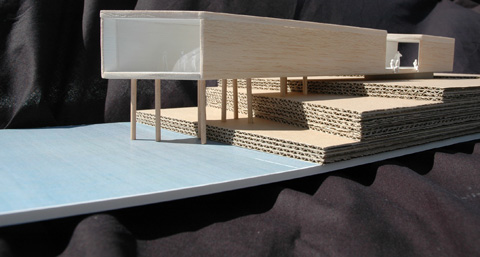