Today in the Austrian town of Hall, a Regionalbank provides its private banking services in a new building designed by ao-architekten on a site where the oldest of the fortified town gates, Milsertor, once stood. Accordingly, the building is simply known as "Haus am Milsertor" (the building at Milsertor). The three-storey edifice rises up from a trapeze-shaped site, its pointed corners fitted with very special sun-protection blinds. Depending on the light, these can be folded out and wrapped around the building as a protective layer or flapped back, affording an unimpeded view outside.

Every folding element consists of two panels connected by hinges. The hinges for 1,504 plates were custom-made and screwed to the panels by means of rubber-cushioned individual brackets. The position of these folding blinds is controlled centrally; however, they can also be adjusted individually. "A special propulsion system needed to be developed for the concept," reports Walter Niedrist of ao-architekten. Colt International turned the Innsbruck-based architectural studio's idea into reality with these custom-made parts.

In this case, the technology for moving the blinds represented the biggest challenge for Colt. Although the region around Hall sees frequent rain and snowfall, it was important that no water should penetrate the mechanism. To this end, Colt devised a new sliding system whose sensitive parts are safely hidden in guide rails. It was also the experts at Colt who convinced the architect team to use Plexiglas.

The blinds must be able to withstand all kinds of weather and extreme fluctuations in temperature. Unlike fabric constructions, Plexiglas possesses the necessary structural qualities and can remain very slender, even when executed as a large pane - the individual panels are only 6 millimeters thick. Moreover, the acrylic glass used, "Plexiglas satinice" by Evonik, filters out UV light as well as offering very strong and, at the same time, pleasant light filtration, ensuring that sufficiently diffuse light is transmitted via the blinds on the facade into the inside of the building. 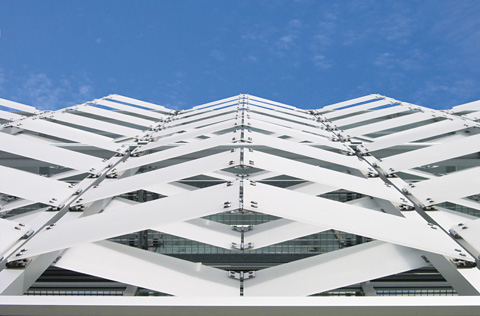 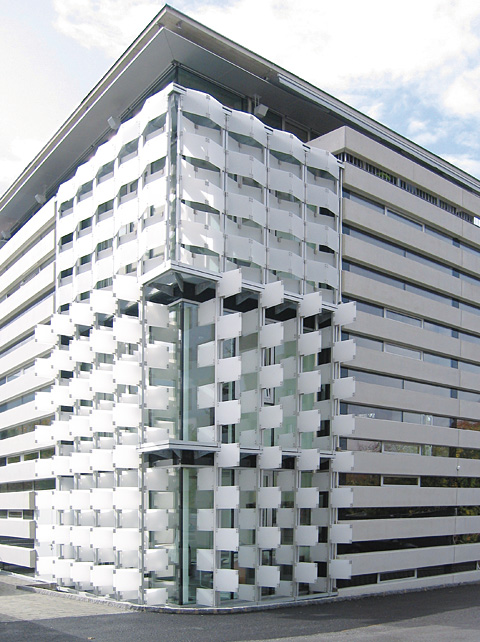 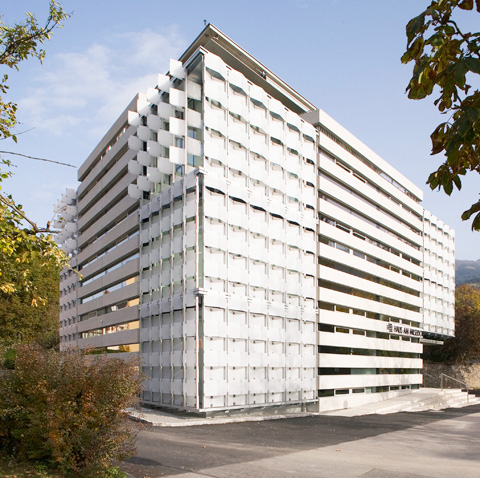 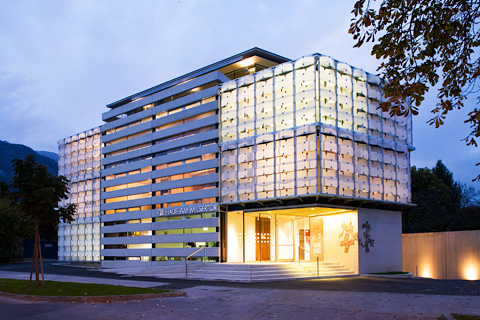 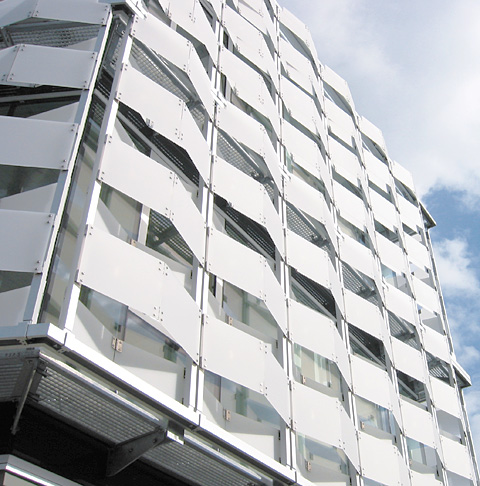 "The building at Milsertor", Hall in Tyrol | All photos © Colt 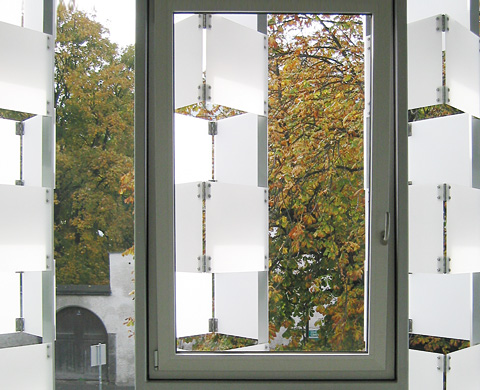 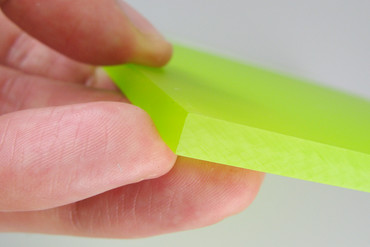