The still lifes that are the vegetables on display in the supermarkets attest to the desires of a society which aims for almost boring spotlessness: fruit and vegetables, everything regular and beautiful. And it is only slowly that a general awareness is emerging of the fact those slight irregularities and those traces of growth which make something special and lend it character.

This is also true of Dinesen’s HeartOak flooring which is the central design element at noma in Copenhagen, currently one of the world’s best restaurants. The reason: this is not only a robust, authentic wooden floor. The quality of the oak floorboards mirrors the restaurant’s conversance with special ingredients and its honest approach to the region’s natural resources.

After all, before opening his restaurant in Copenhagen in 2003, chef and owner Renè Redzepi spent three months out in the wilds of Scandinavia in order to make new culinary territory known in his home country. His penchant for discovery and for experimentation opened up Nordic flora and fauna to culinary palates. He put cloudberries, musk oxen, reindeer and razor clams on his menus, made new discoveries and underwent borderline experiences such as an “edible soil” made of malt, nuts and beer. In other words, Redzepi is not a man interested in flawless appearances but in the peculiarities and characteristics of every single ingredient – all of which come exclusively from Scandinavia and are consequently only available in the relevant season.

The intention was for this honest, no-frills, no-compromises approach to be visible in noma’s new design, as well. We always wanted a simple and natural design for our restaurant – this matches our own attitude to food. As key elements I would like to mention Nordic, unpretentious and simple, is how Redzepi describes his ideas which were implemented in 2013 by a Danish architectural bureau, Space cph.

noma has its premises in a former warehouse with a unique atmosphere and a long history. The building is listed and accordingly very little can be done with it in purely architectural terms. A number of materials and a certain amount of furniture were transformed and reused. The restaurant’s chairs and tables, for example. The chairs were sandblasted, stained matte black and treated with wax, with the result that their surfaces almost resemble charcoal. After being sanded down and treated with green vitriol and matte soap the tables now boast a soft grey hue.

However the heart of it all, the room’s central element, is its floor. The architects at Space cph decided on a material that acquires its own special patina over the years and becomes increasingly beautiful with time: Dinesen flooring. These wooden floorboards made of up to 200-year-old oak are full of life and vitality. The reason: they are not regular and smooth but have, over the course of this long period of time, developed their own particular characteristics. In order to leave these traces of growth visible, the only way that the natural cracks have been preserved and closed was with wood inserts in the planks. This honest approach to materials fills Redzepi with enthusiasm: In our restaurant this flooring with Dinesen floorboards worked wonders. It is beautiful, it is a perfect match for noma’s style and philosophy and it has, moreover, decidedly improved the acoustics – which is important to us and an additional benefit that we had not reckoned with. 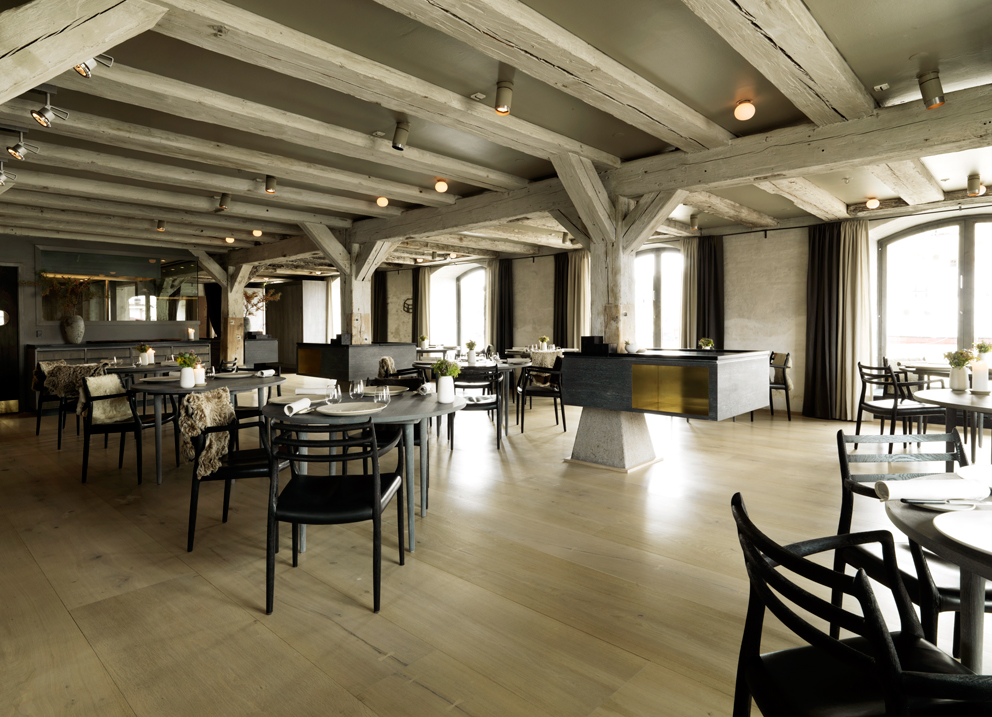 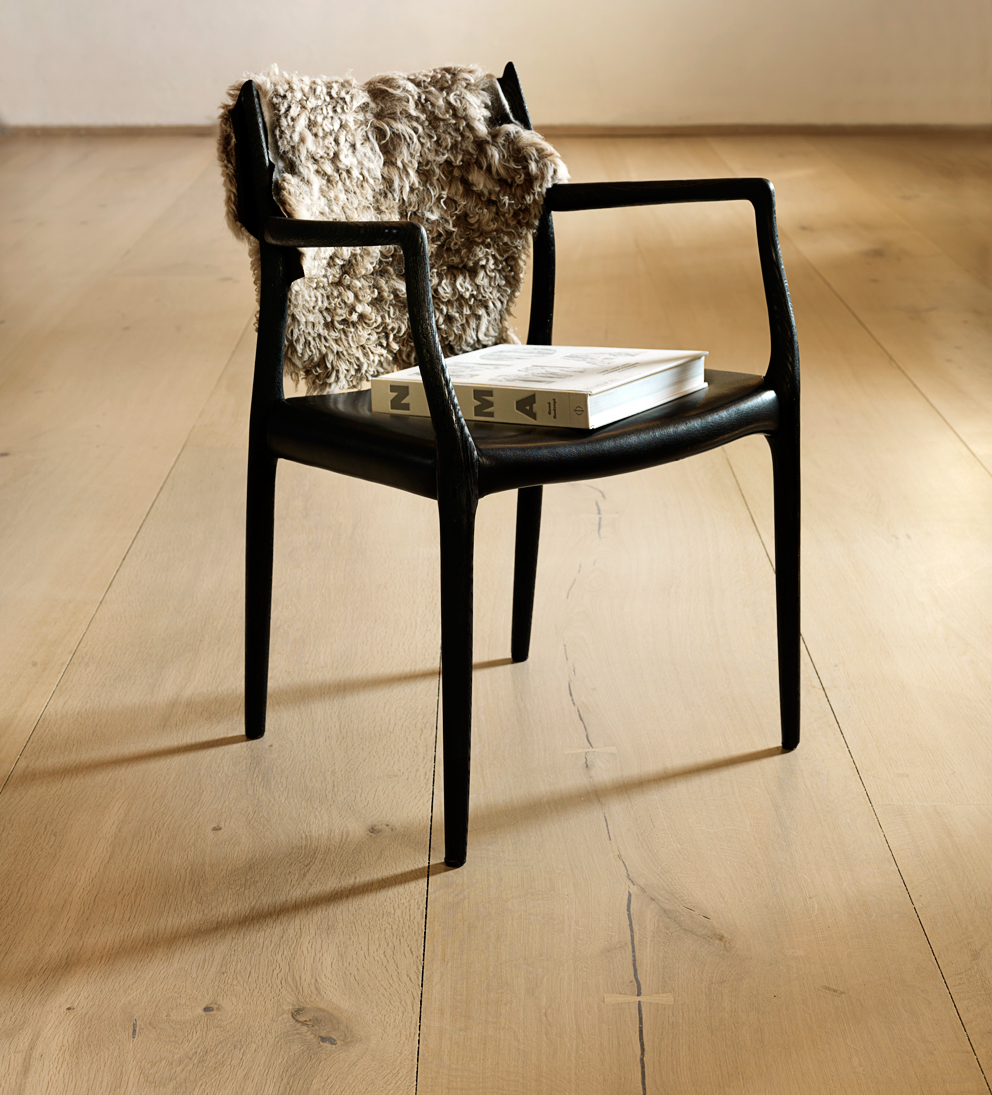 The HeartOak flooring by Dinesen is full of vitality. The natural rents were preserved out of respect for the oaks which were up to 200 years old and, as a special detail, have been closed with filler made with the sanded wood. Photo: © Anders Hviid 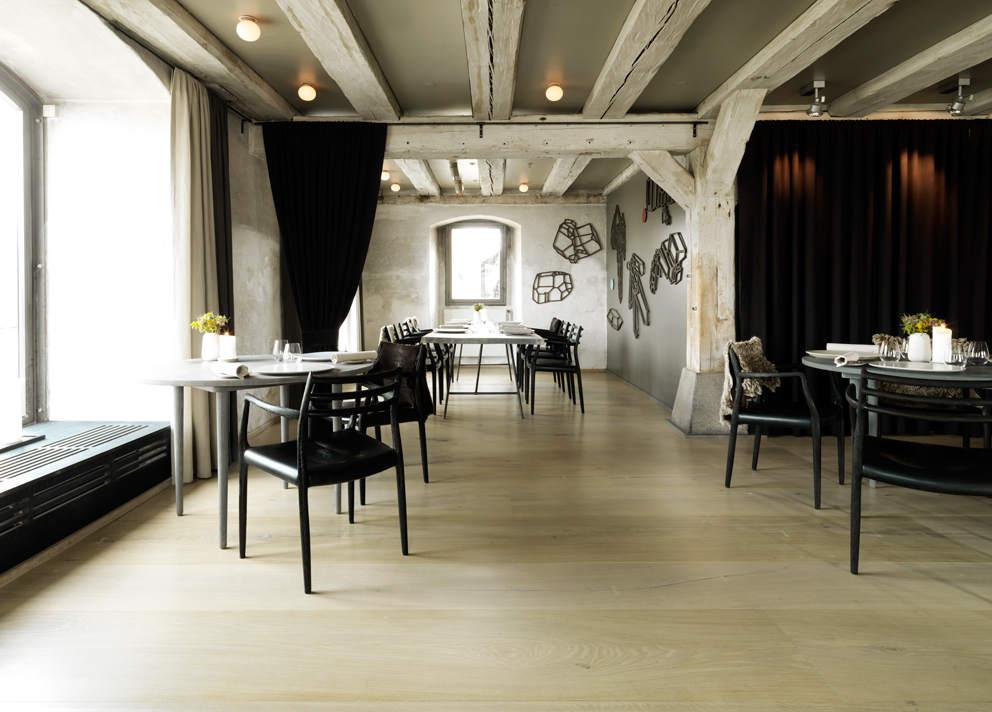 h green vitriol and matt soap, the tables now boast a beautiful grey hue, as if they had weathered on the beach. Photo: © Anders Hviid 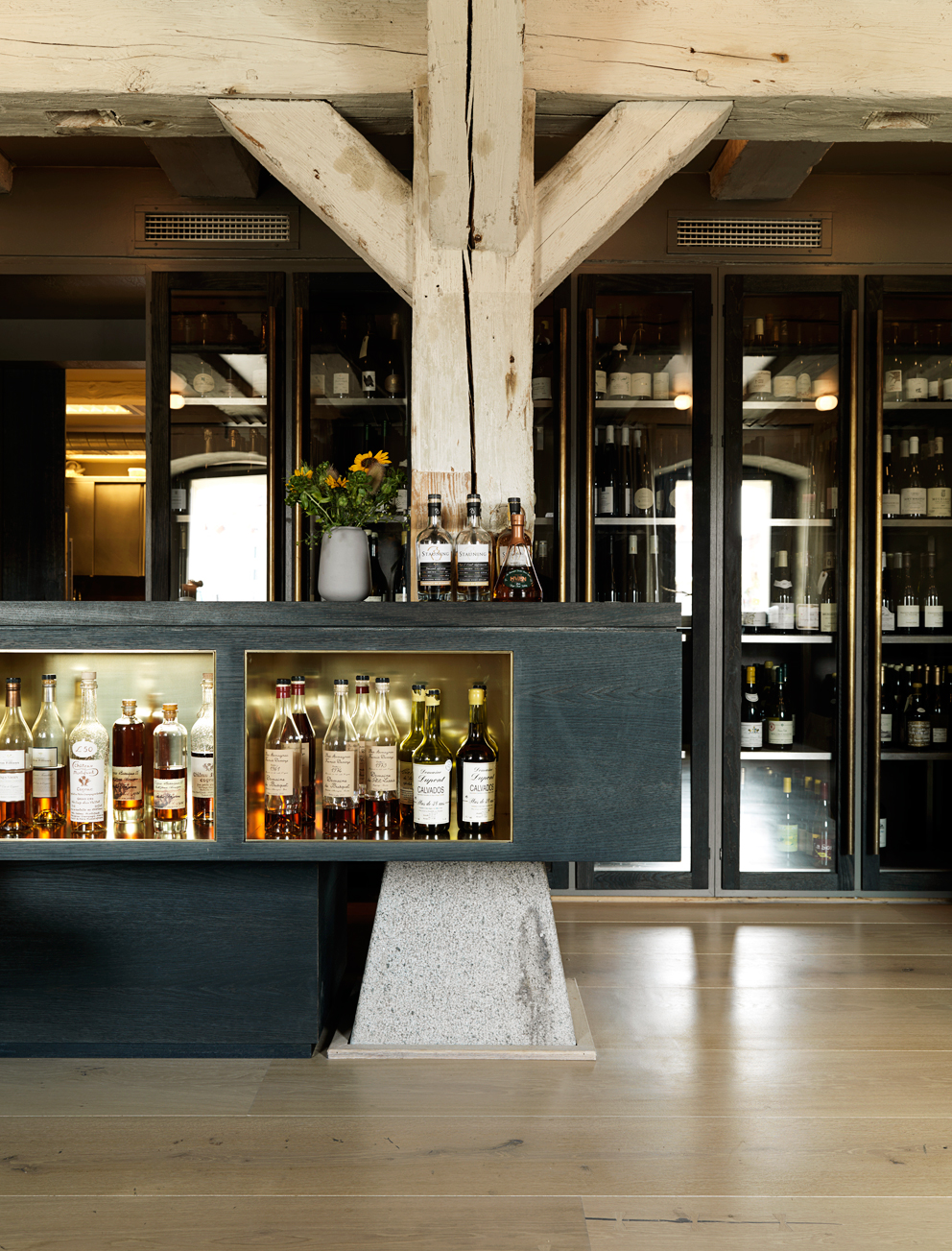 Not only does the old wooden frame represent a listed relic from olden days, it is even considered a characteristic element and has been integrated into the new design. Photo: © Anders Hviid 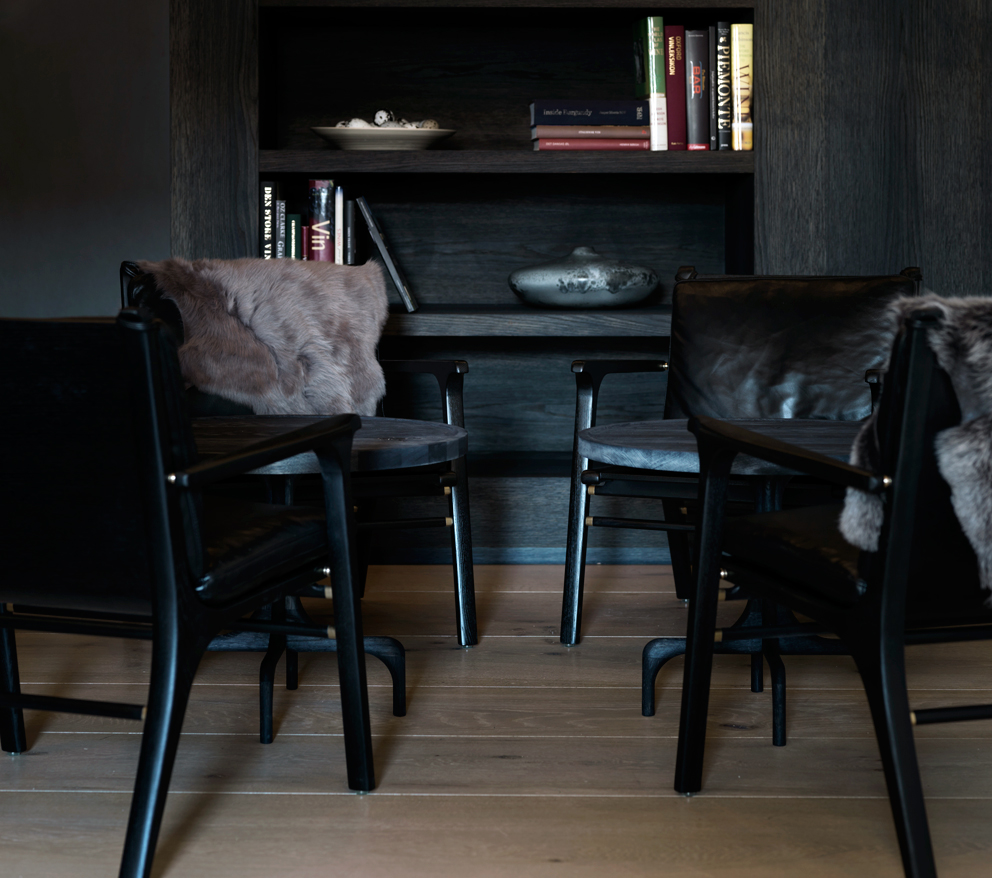 The chairs were sandblasted, stained satin black and treated with wax, making the surface look almost like charcoal.Photo: © Anders Hviid 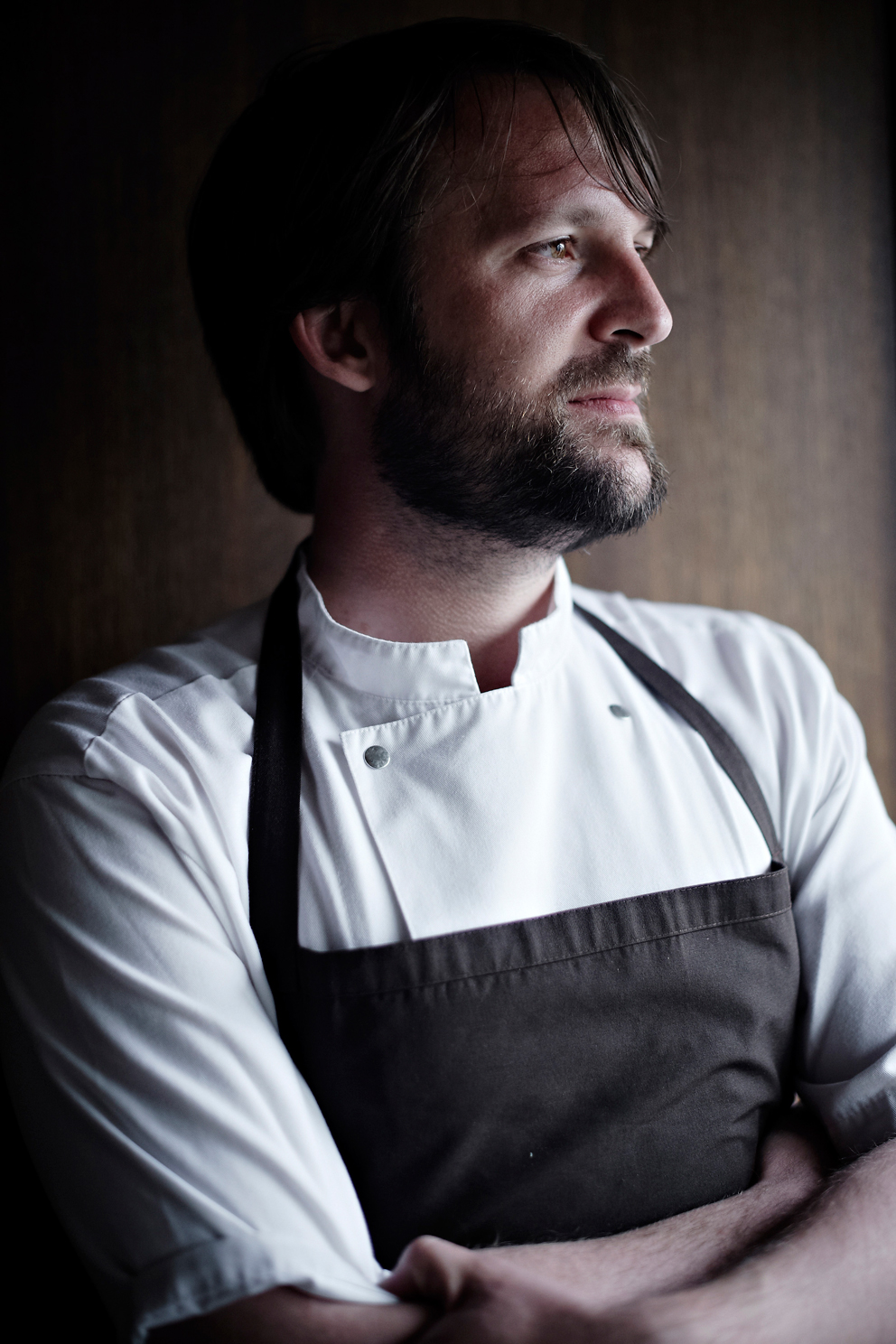 Born in 1977, Renè Redzepi, is considered one of the most important exponents of the new Nordic cuisine. He received his first Michelin star at a mere 28 years of age. Photo: © Peter Brinch