Californian company Solyndra develops, produces and markets photovoltaic (PV) systems that include both elements and mounting supports for large and low-pitched commercial roofs. The Solyndra system was developed to optimize PV output on industrial roofs by converting more of the sunlight shining on the entire roof surface into electricity.

Trier-based company Alwitra, a specialist in flat roof constructions and partner of Solyndra, also features the high-performance photovoltaic modules in its product range.

Solyndra panels use cylindrical modules that capture sunlight on a 360-degree photovoltaic surface, enabling them to convert direct, refracted and reflected sunlight into electric power. The Solyndra elements achieve optimum output if mounted horizontally and closely together as this will cover considerably more roof surface than is usually available.

This PV system is ideally combined with the Alwitra "Evalon" white roofing sheets. Compared to other roofing sheets, it has optimum reflective properties and reflects incident solar radiation from the roof surface. The effect is two-fold: increasing the PV system's yield and saving additional energy as the roofing sheet and thus the rooms below it heat up less. In one year, this combination will on average generate considerably more electricity per flat roof than conventional solar systems. 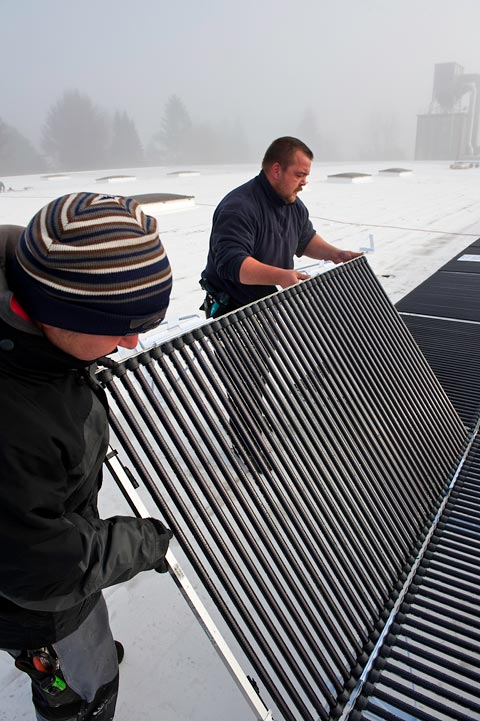 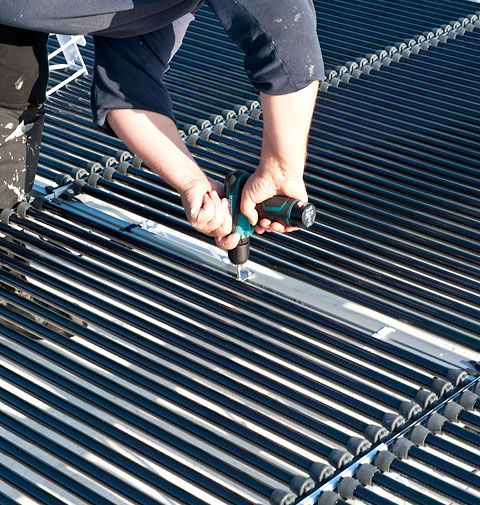 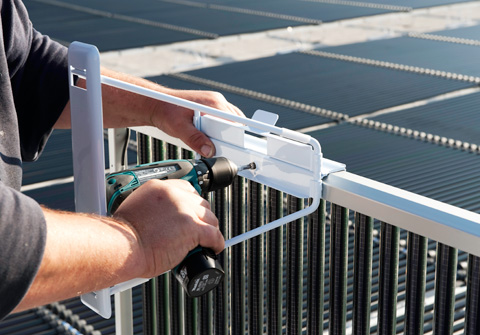 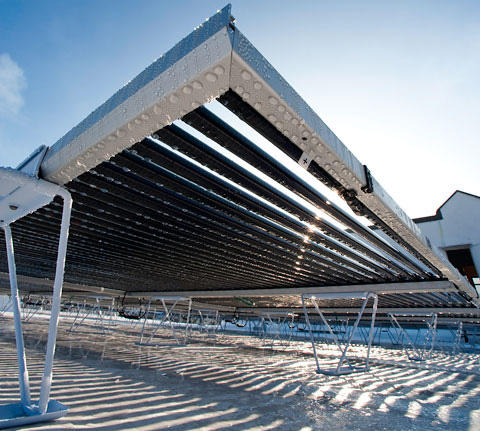 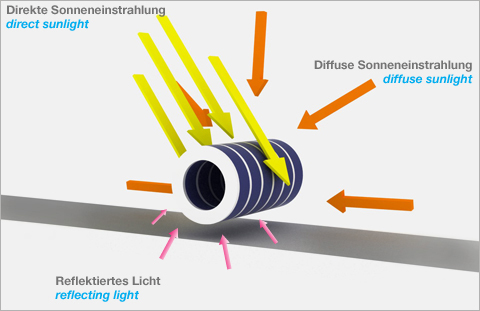 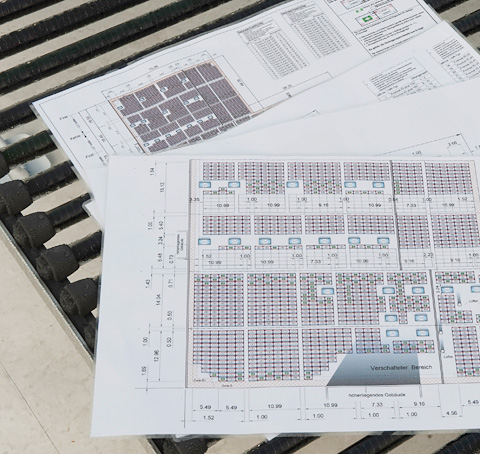 Planning of the laying with the photovoltaic modules of Solyndra | All photos © Alwitra, Solyndra 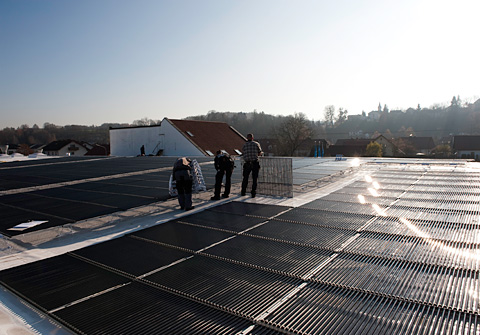 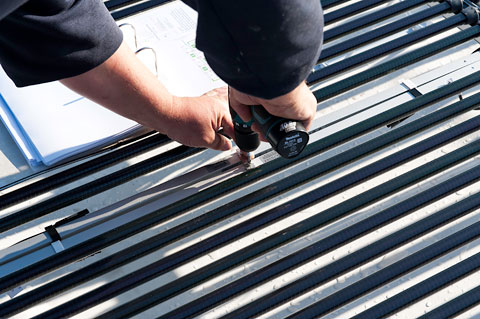 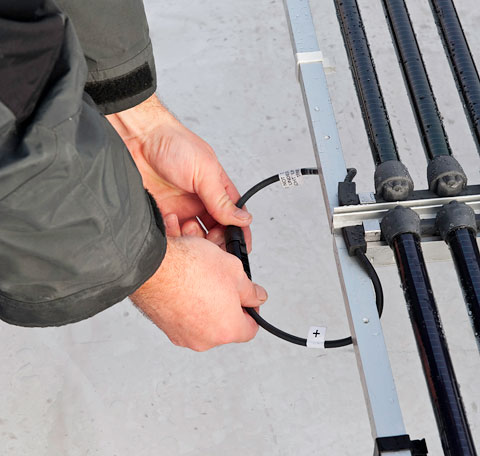 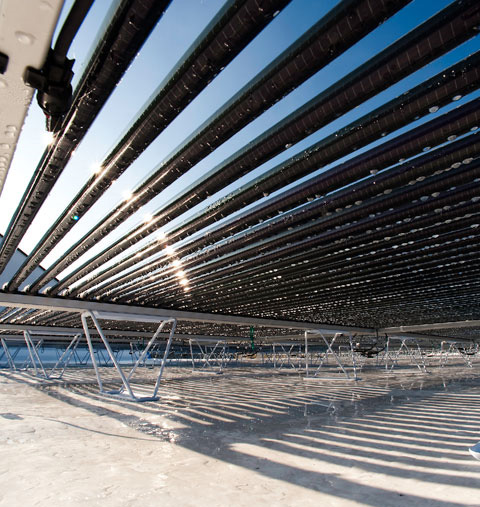 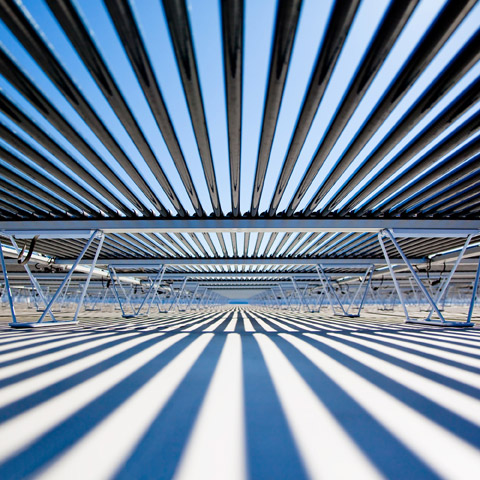 Solyndra photovoltaic modules, in combination with high reflective, white roof sheeting by Alwitra. The incident solar radiation is reflected to the tubes which increases the efficiency by 20 %. 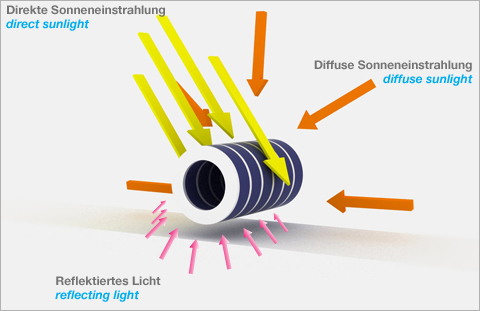 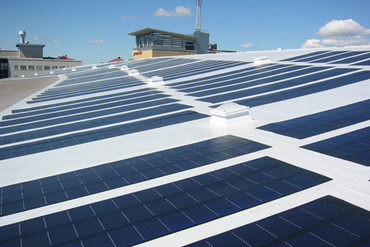