The Pasarela del Arganzuela pedestrian bridge is now in place, bringing a major construction project in Madrid to a conclusion. The bridge covers the Rio Manzanares and the broad river banks, is the brainchild of French architect Dominique Perrault. A stainless steel weave wraps round the steel structure, which tapers like a cone from outside to inside from both sides - turning the bridge into a silver shimmering helix. Within the structure, the softly refracted light creates a pleasant atmosphere. The two sections of the bridge meet in the central platform in the middle. The helix is intended as a metaphor for the growing links between the two districts otherwise separated by the Manzanares river. During the night, the bridge lights up like a golden spiral. 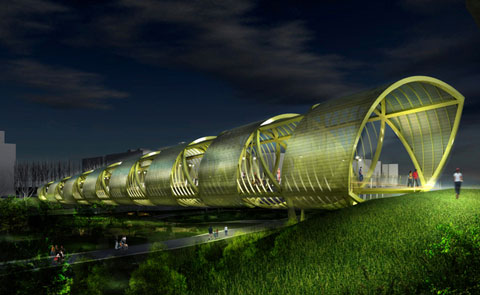 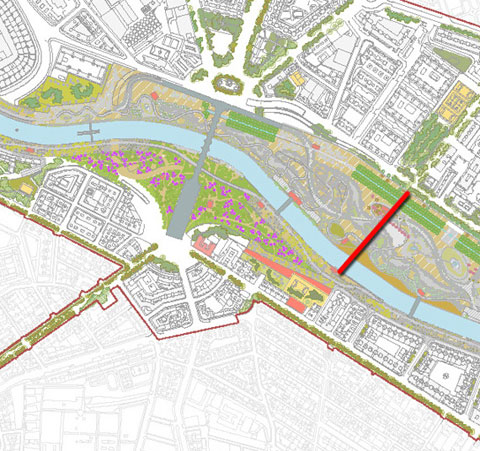 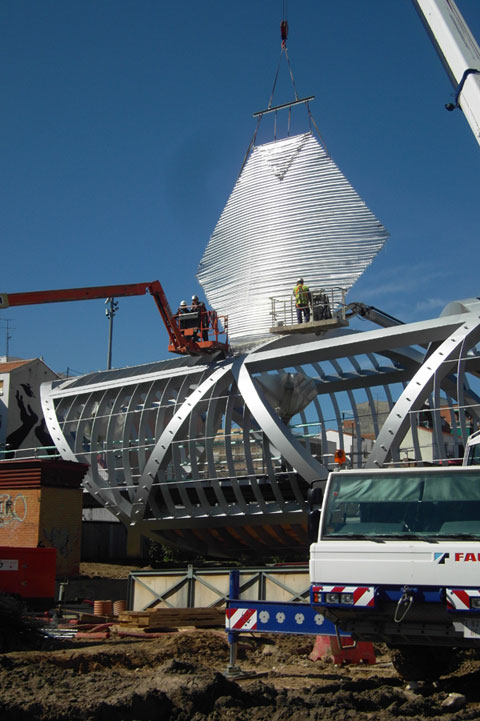 64 triangular weave sections, each dimensioned to match the load-bearing structure form the wrap that runs round the Pasarela del Arganzuela – 30 for the northern and 34 for the southern helix halves 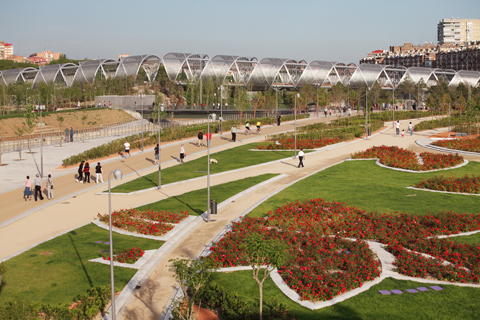 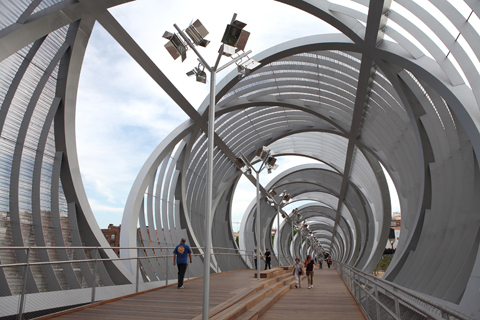 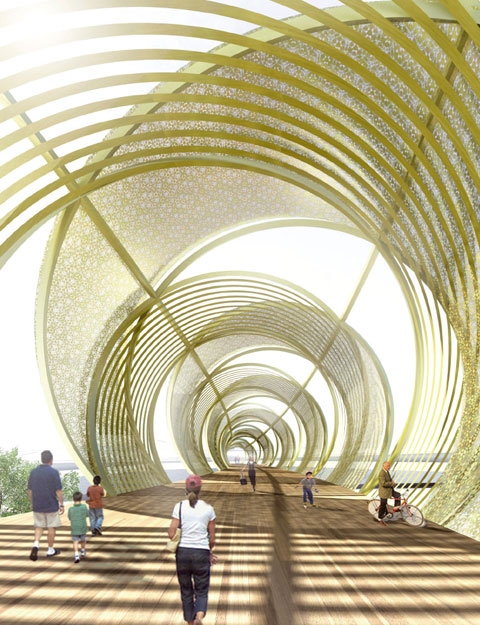 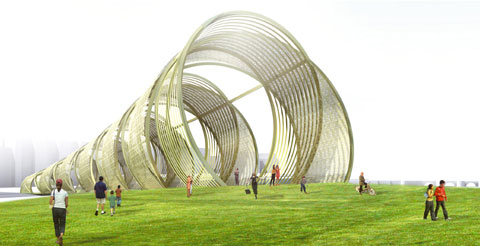 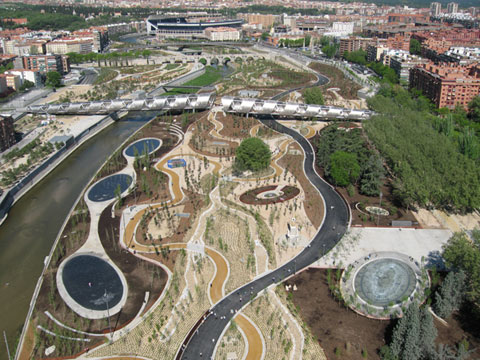 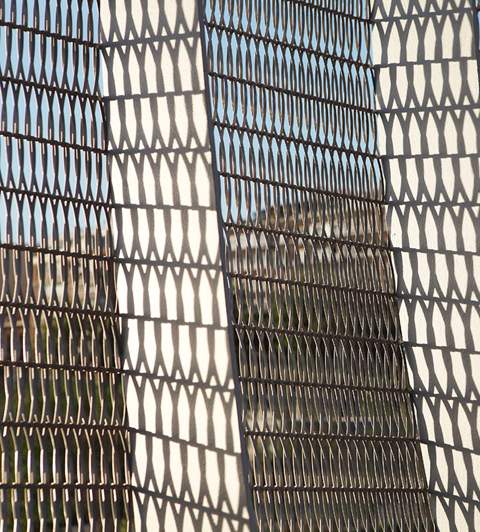 4,500 square meters of GKD’s Escale 7 x 1 weave was used for the bridges' covering 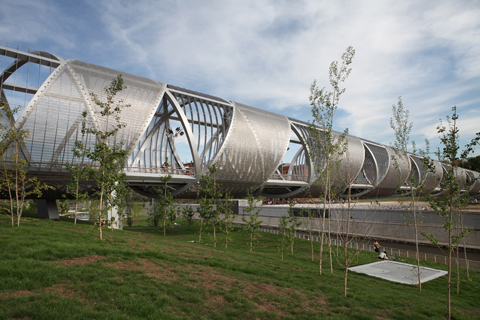 The spiral-shaped wrap is designed such that in each instance an open side faces one covered in stainless steel weave. This ensures that pedestrians always enjoy a view of the 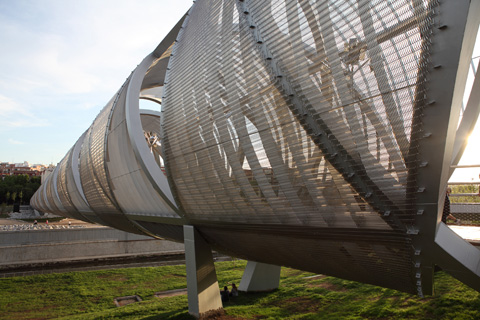