The bridge "Slinky Springs to Fame", which spans the Rhine-Herne Canal, is a pedestrian bridge near Oberhausen in Germany. The helical architectural sculpture designed by German artist Tobias Rehberger is part of the "Emscherkunst.2010" project. A colorful band with a steel spring wrapped around it connects the Kaiserpark with the Volkspark on Emscher Island, a narrow strip of land that is no less than 34 kilometers long. Emschergenossenschaft commissioned the construction of the 406 meter long stressed ribbon bridge, engineers from Schaich Bergermann & Partner oversaw the planning as regards design, structural and light concepts.

The support structure for the tensioned ribbon bridge was reduced to a bare minimum to create the structure's airy appearance. Two metal strips of high density steel run along inclined supports, the resulting tension is dissipated via outer vertical tension bars to powerful bridge abutments. The walking surface is made of precast concrete parts, which are screwed to the base. The railings and spring are attached to them. The bouncy plastic surface of the walkway combines with the alternating colors of the concrete and the surface to intensify the dynamic experience while walking on the bridge. Railings consisting of steel posts and cable nets effectively dampen the oscillation of this vibrant structure.

Rehberger's bridge design alludes to the children's toy named Slinky, not least because it has been named "Slinky Springs to Fame". The American Richard James created Slinky the spring in the 1940s. Today Slinky comes in a wide variety of different colors and shapes. 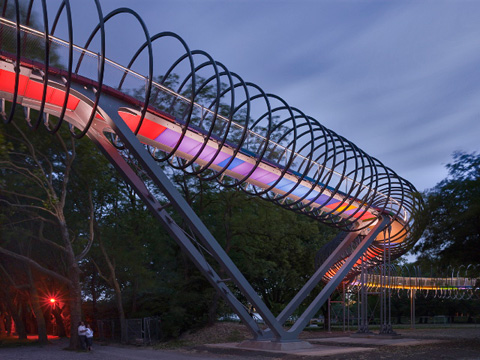 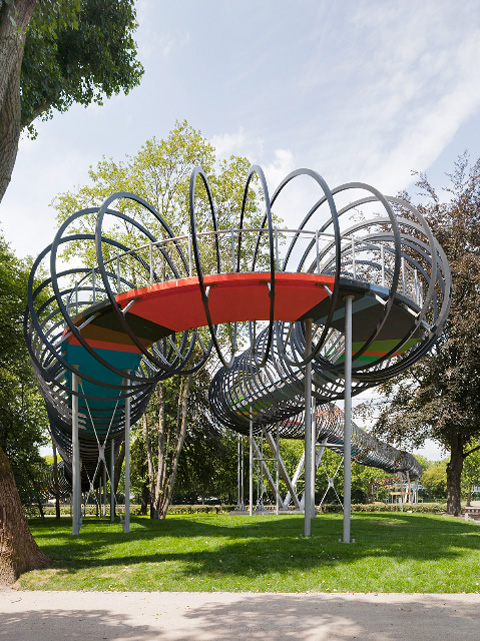 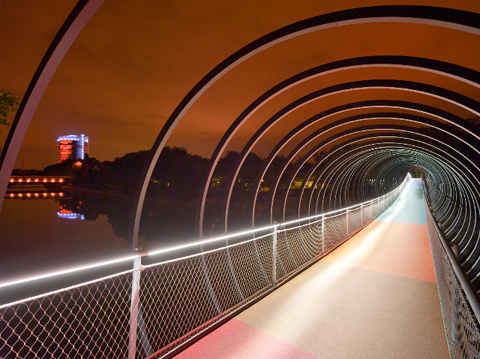 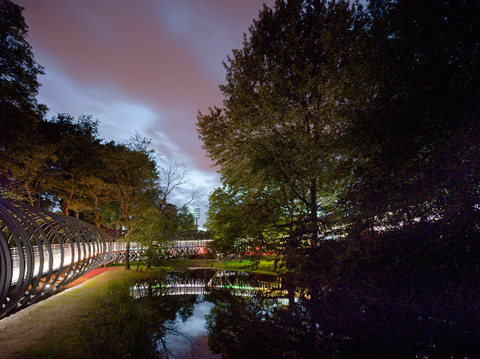 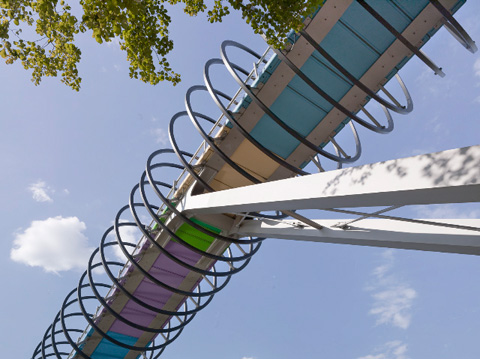 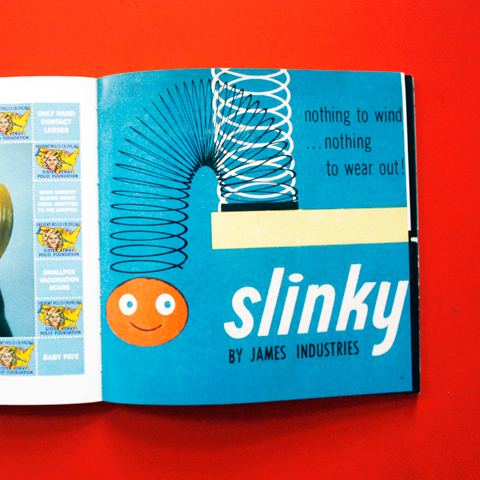 Photo from the book: Do you remember technology, published by Chronical Books | © Stylepark 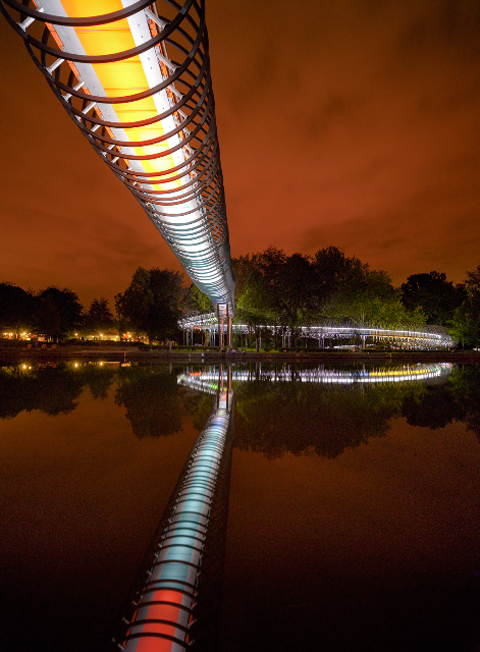 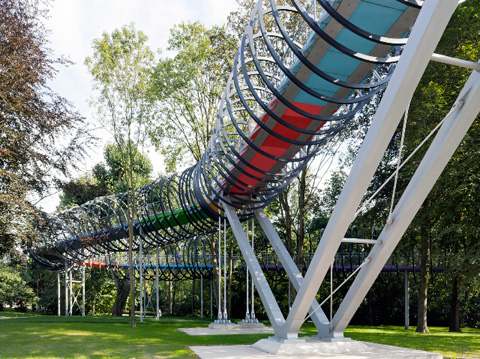 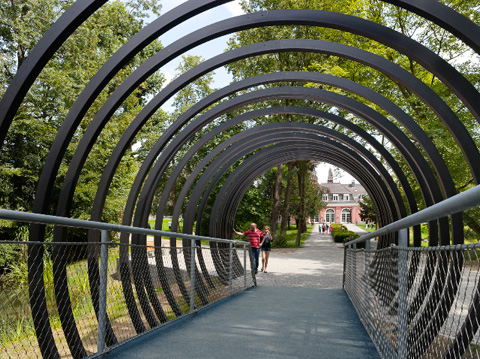 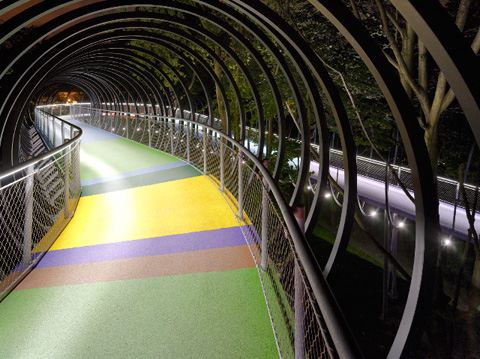 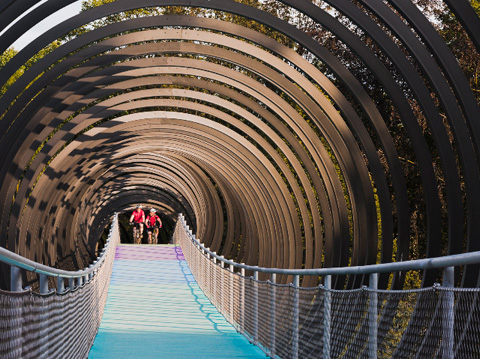 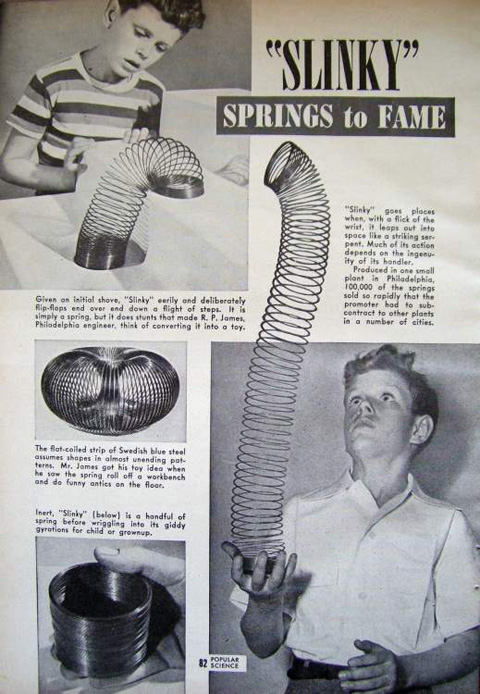 © From Wikipedia, the free encyclopedia 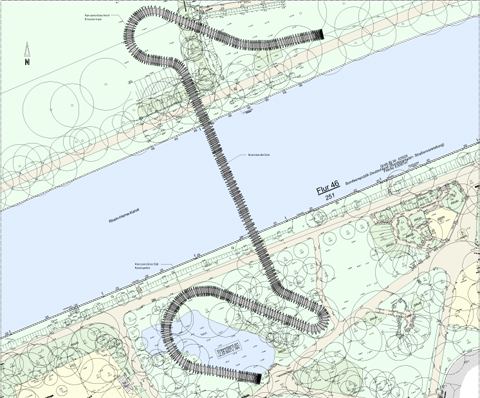