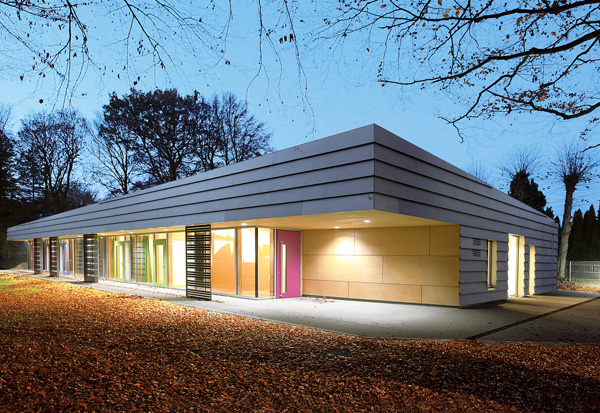 The district of Gröpelingen in the west of Bremen lies on the banks of the Weser River and is still home to a functioning harbor. For some years now, the Hanseatic city has endeavored to dilute the industrial feel of this the most highly populated and indeed youngest of its western districts and to make the area a more friendly and welcoming place for those who live and work here. This initiative has included the construction of a new daycare center, designed by architects Claudia Gräfe and Nico Grashoff.

Inspired by the district’s proximity to the water, the architects shaped the building like a ship, which just like Noah’s arc would offer a playful haven for the community’s children. The nursery has provided new premises for three childcare groups from the area, which are identified by the colors pink, green and blue.

The building has been designed as a passivhaus, while the gray fiber cement panels by Scandinavian manufacturer Cembrit that form the building’s façade make for a striking design feature. The building opens up to the south-southwest, flooding the rooms with natural light and warmth and lamellae provide protection against strong sunlight during the summer months.

Pink, green and blue fiber cement panels border the window reveals, making each group’s identifying color visible from outside the building, bringing some color to the building’s gray façade and thus lending it a more friendly appearance. These colorful tones are continued on the building’s interior, where the flooring, carpets, walls and curtains all correspond to the color-coded system.

Producing fiber cement products for ventilated curtain façade paneling, roofing, fire protection and interior fittings, Cembrit has enjoyed a successful presence on the European market for over 80 years now. Thanks to additional advisory services and a range of accessories customized to the construction elements, Cembrit is able provide architects with the expert advise the need for their projects. 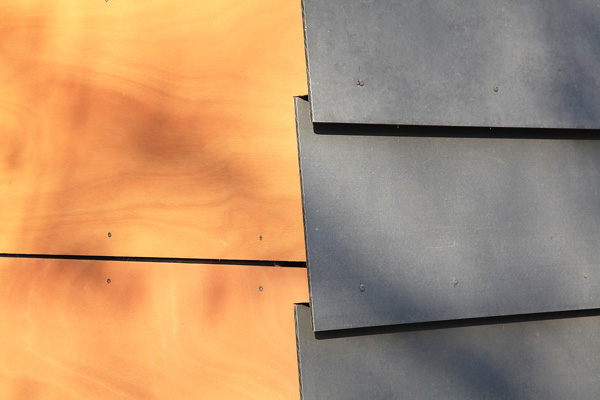 The fiber cement panels in the color variation “flint” were made by Scandinavian manufacturer Cembrit, photo © Jens Lehmkühler 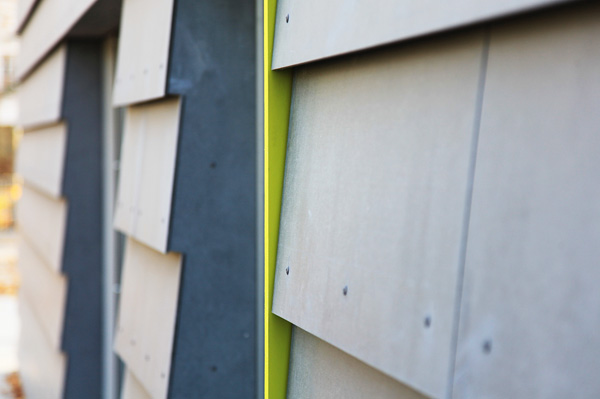 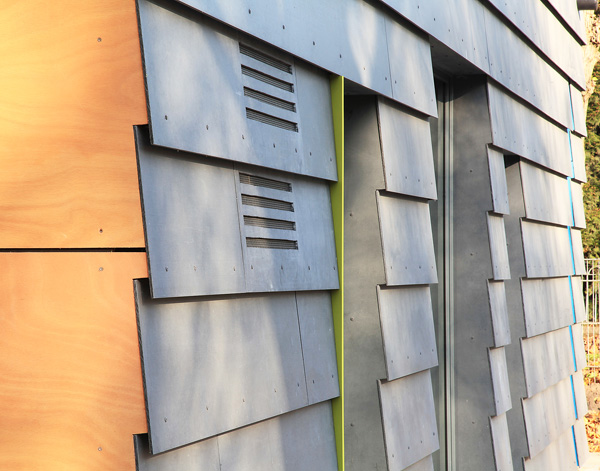 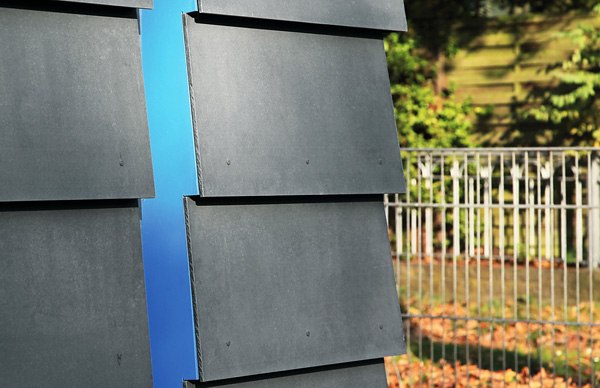 The fiber cement façade also boasts colorful markings, which correspond to the three groups, blue, pink and green, that have moved into the daycare center, photo © Jens Lehmkühler 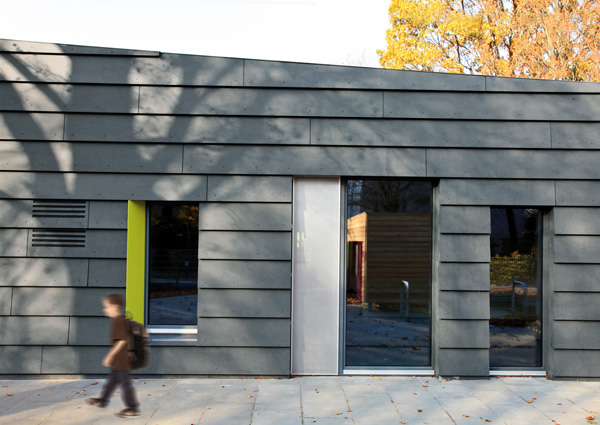 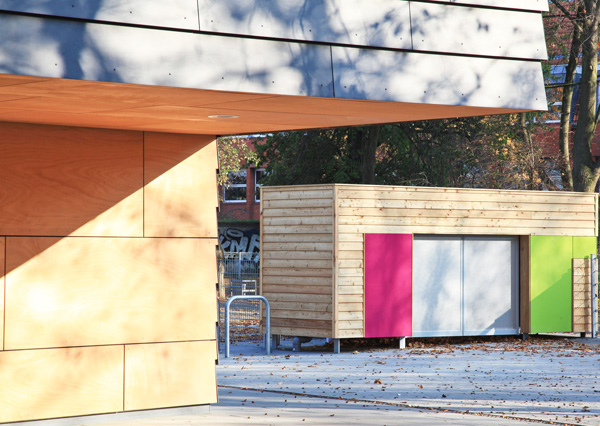 The building is solidly built, primarily made of stone and concrete, while a wooden panel construction forms a well-insulated façade, photo © Jens Lehmkühler 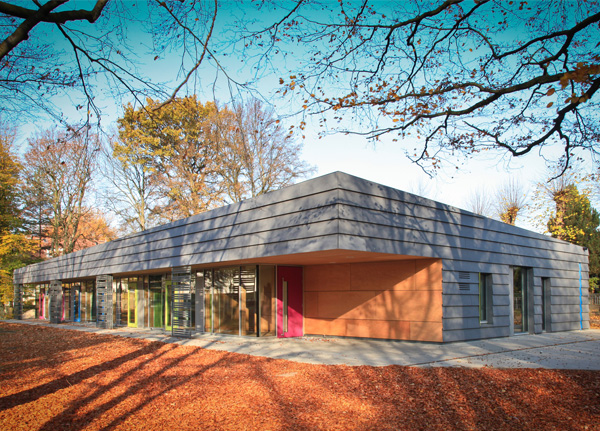 The building’s form resembles that of a ship, making reference to the center’s proximity to the Weser River, photo © Jens Lehmkühler
Advertisement