The owner of the house, which is located on a hillside slope, lived on an estate in Canada for a while. He was fascinated by the constantly changing and extreme weather conditions. At the same time, the latter also made him aware of the power of nature in an impressive way. These experiences led to the building owner's close relationship with nature and as a result the location and the integration of the landscape played an important role when it came to building his own private house.

He started working very closely with the architects from the Stuttgart-based studio C18 Architekten, to an extent that went far beyond the usual commissioning for a job, discussing substantive issues with them in detail. Particularly with respect to questions of the exact nature of the surface design and the selection of materials, together the two sides developed a multi-faceted, subtle living concept. The material should be allowed to "speak": coarse gravel delimits and contrasts the shiny white façade, the metallically shimmering curtains on the south side consist of a shiny, silvery textile which was originally produced to cover scaffolds. In the living area, there is a prolonged tamped clay wall, the color of which changes from layer to layer. Some of the layers are colored lightly and with bright colors, others are very concentrated featuring a deep brown so that, on the whole, a large picture forms.

For the architects, the Spreng House has become a field of experimentation. Their task was to break with expectations and conventions, something that is also reflected by the material compositions. 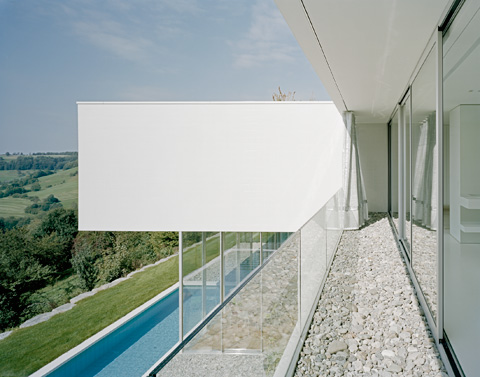 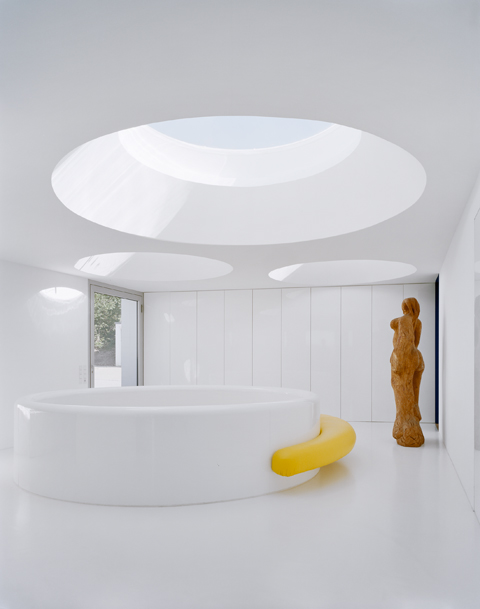 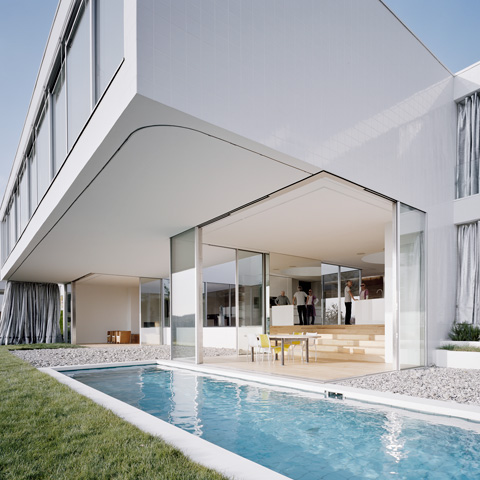 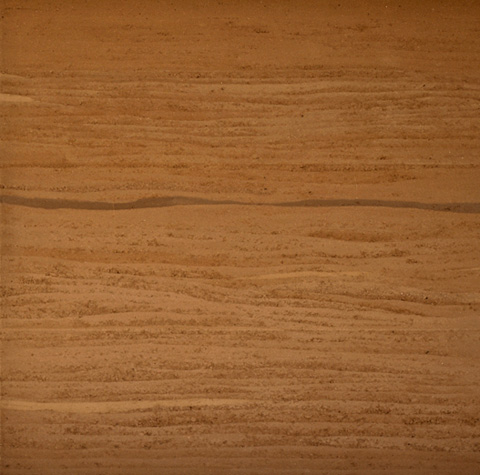 Detail of the tamped clay wall in the corridor 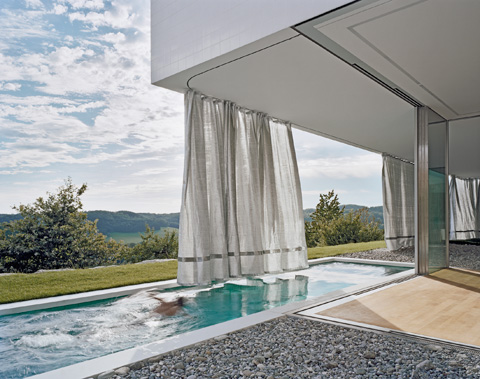 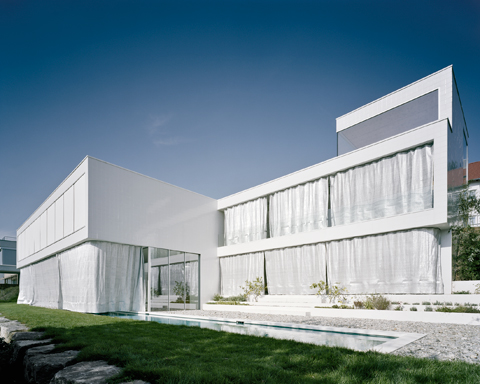 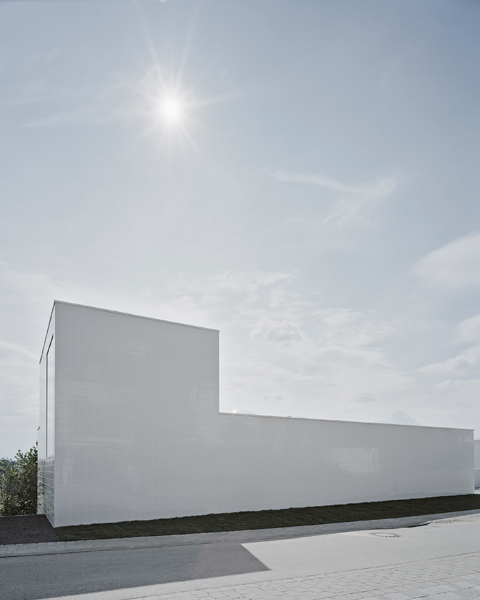 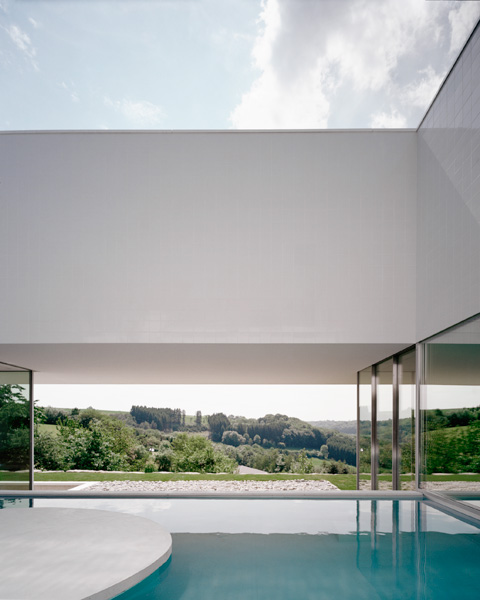 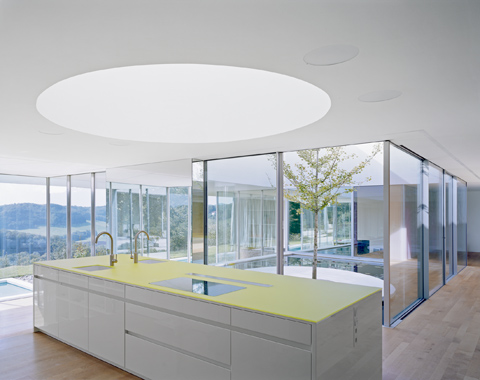 In the front: Kitchen in white Corian with bright yellow bin. In the background: The atrium with sliding windows by Sky-Frame 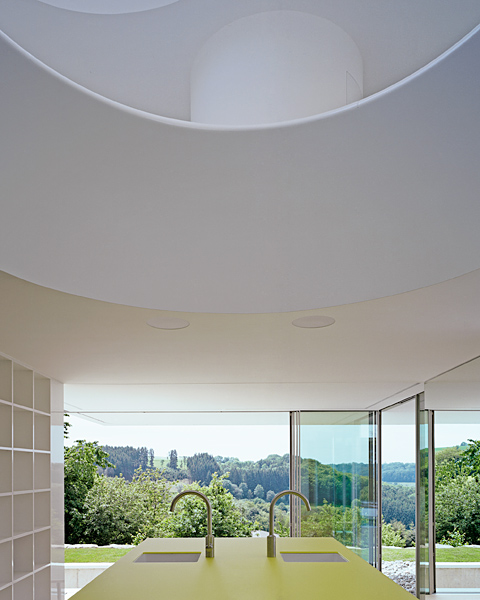 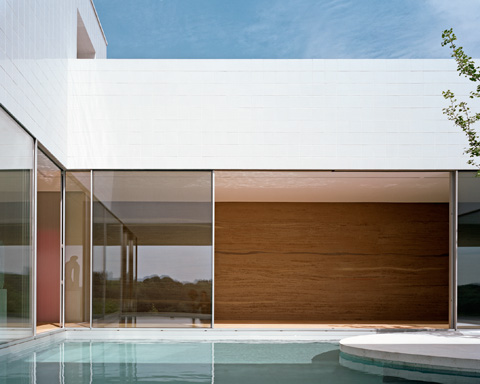 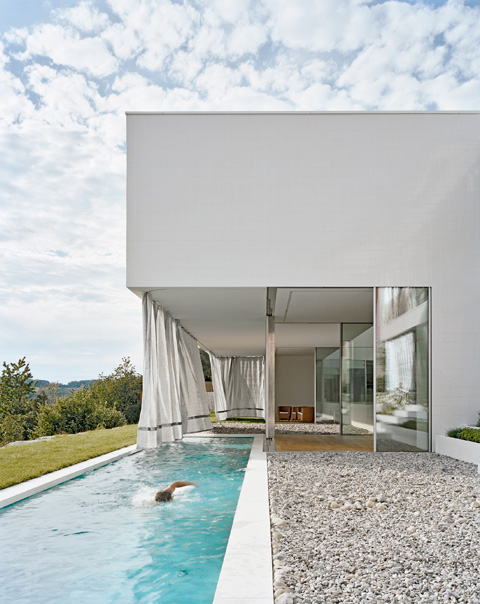