Berlin industrial corporation Sulfurcell is a spin-off of the renowned Hahn Meitner Institute (Europe's largest institute in the field of thin-film photovoltaic research), and since 2003 has been developing and producing thin-film solar modules on a chalcopyrite semi-conductor basis.

With their anthracite-colored surfaces and discreet pin-stripe pattern, the solar modules meet the highest aesthetic standards. They have been used on countless roofs and facades since the market launch in 2005 and lend buildings a very modern appearance.

Now, like conventional façade panels the newly developed cassette module can, be set into the façade structure without a frame being required. Unlike the customary solar panels inserted into facades, the result is a building skin that consists of one sealed glass facade. The cassette modules were used for the first time for the new Sulfurcell company head office. 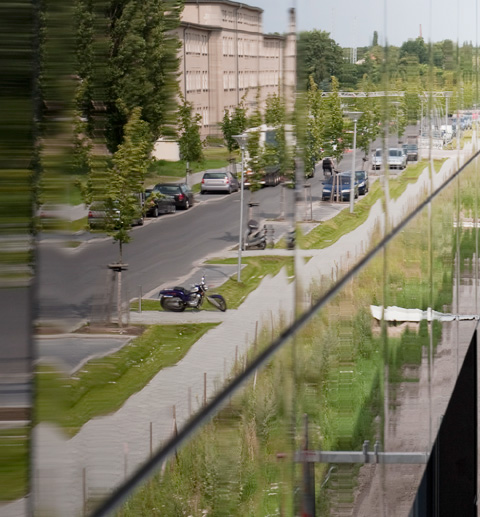 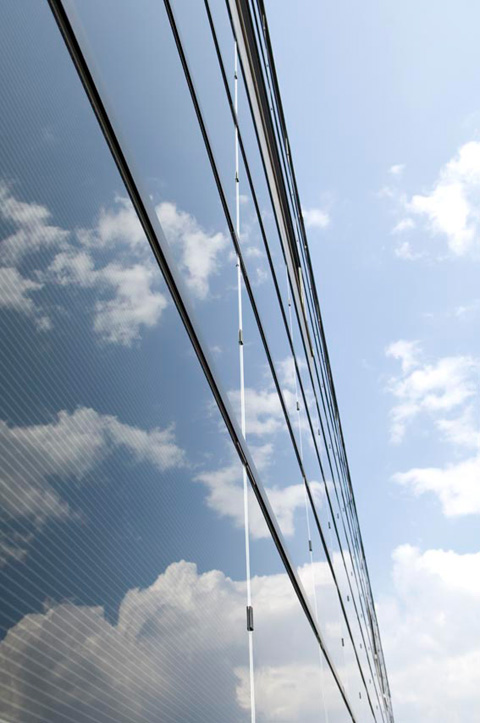 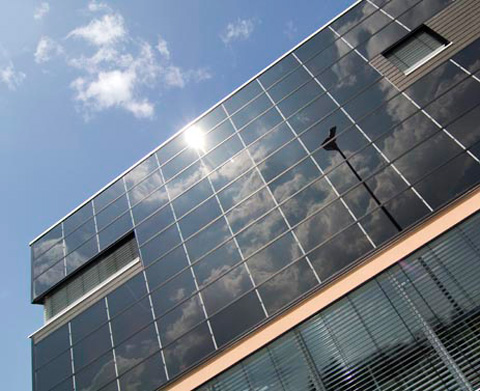 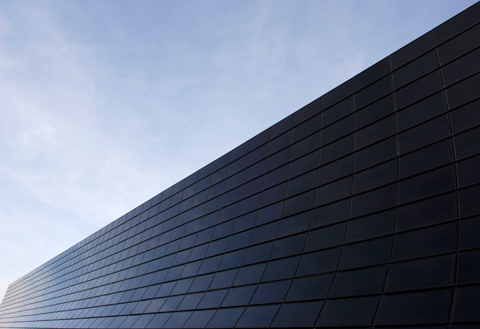 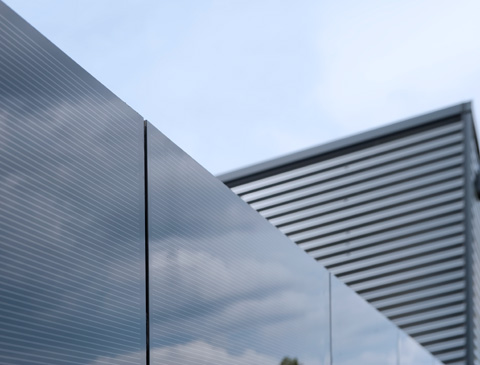 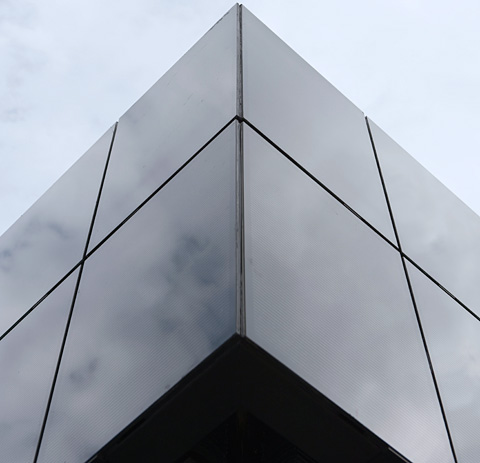 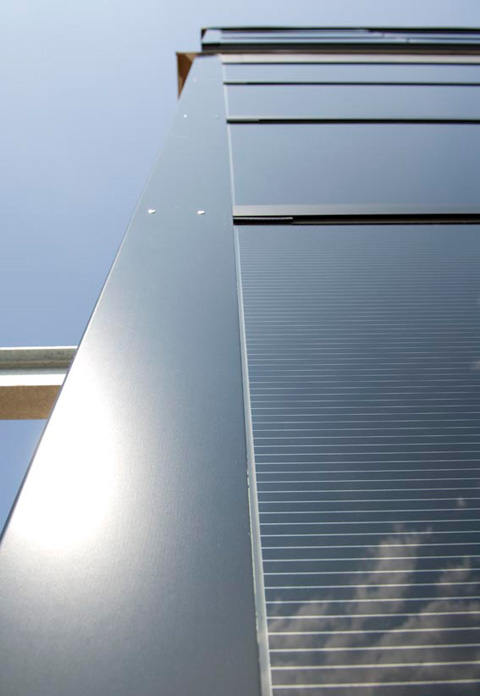 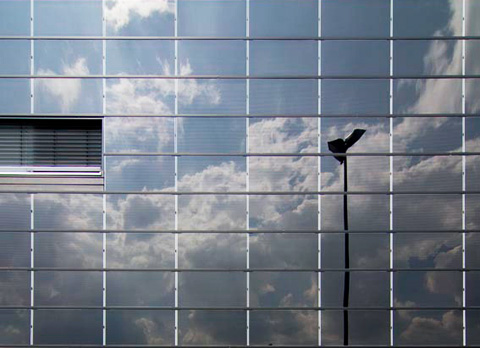 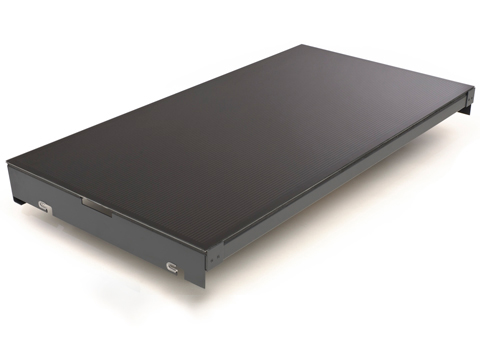