In World War II, the Collegiate Church in Stuttgart - which was originally a late Gothic hall church - was largely destroyed. When it was reconstructed the former triple-nave church hall became a single space was covered with a wood-clad barrel vault ceiling. During the renovation work the barrel vault roof was replaced by a new steel structure, though the spatial concept has largely been preserved.

The new structure quotes the former Gothic arched forms, while at the same time the suspended triangular glass sail improves the acoustics, making the church more suitable for organ concerts. 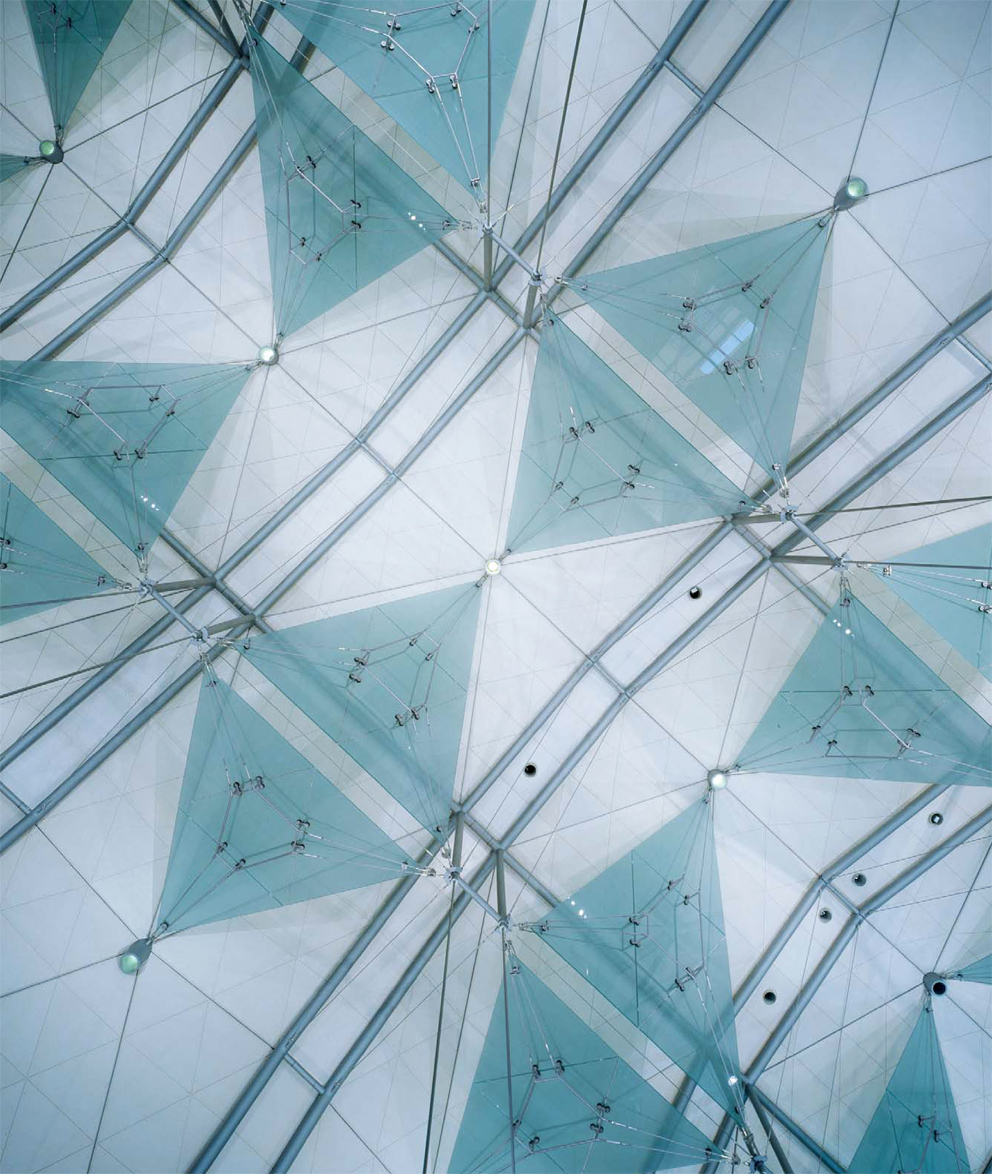 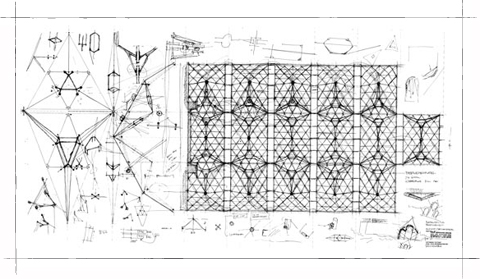 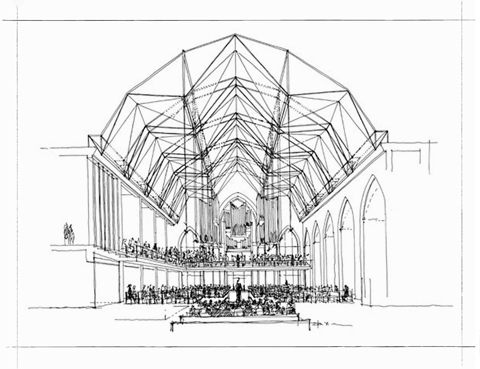