Rafael Viñoly, a US architect of Uruguayan origins, was commissioned to design a new airport hall in his old home of Montevideo. The brief was to produce a contemporary architectural symbol that would cater to the needs of the flourishing tourist industry as well as reflecting the growing importance of the capital as a banking and trade center. Through its dimensions alone the roof makes a powerful impression although it rests on a slim space framework. Its glazed walls lean far outwards, their lightness underscored by a stringent, reflection-friendly pale color and materials concept. The colors white and silver gray predominates; as for the materials, glass, metal and polished stone stand out particularly. A small number of shiny black cubes in the hall accentuate special function areas. Dovetailing the indoor and outdoor space under the roof construction has meant that daylight plays a particularly important role.

The Ricardo Hofstadter engineering bureau was commissioned to implement adequately dramatic artificial lighting effects. The lighting concept is based on consistent indirect lighting of the curving umbrella-like roof with a constant quality of light in both the indoor and the outdoor areas so as to the light the giant roof in its entirety. As a result the rooms present themselves as generous halls flooded in light offering optimum visibility without lighting itself being visible and thus with no risk of blinding, with an average illumination level of around 300 lux. In the indoor area Ricardo Hofstadter used hundreds of "Parscoop" floodlights for 400-watt halogen metal vapor lamps mounted on the horizontal flanges of the space framework. At the same time, with their asymmetrical distribution of lighting strength, they succeed in providing constant lighting for the ceiling without any noticeable light sockets.

Using illuminants with an average lifespan of 12,000 hours in operation and connected loads of around 14 watts per square meter, the concept has proven ambitious not only in terms of light architecture, but also with regard to maintenance technology and energy. 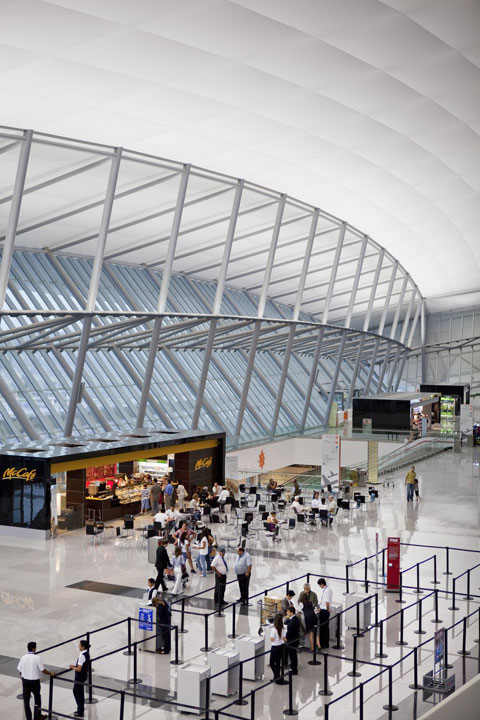 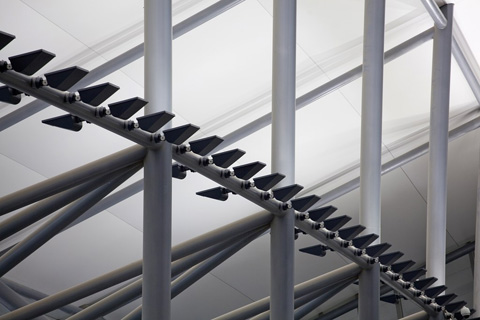 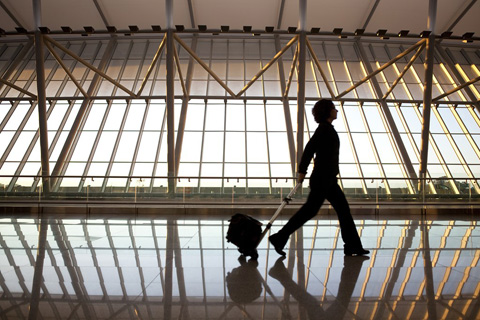 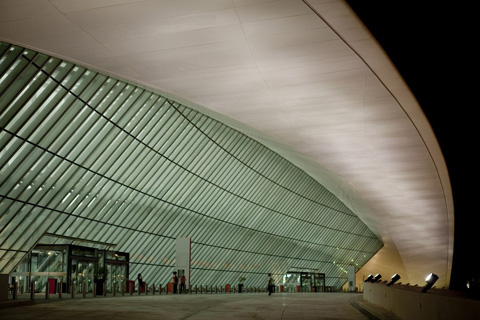 New airport building near Montevideo in Uruguay | All photos © Erco 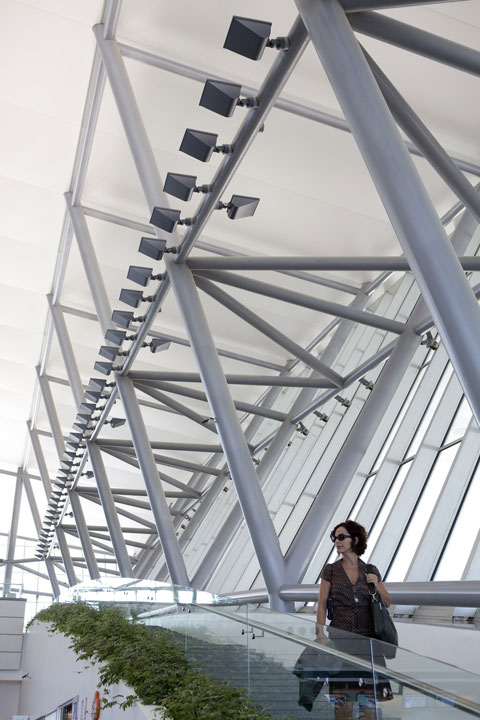 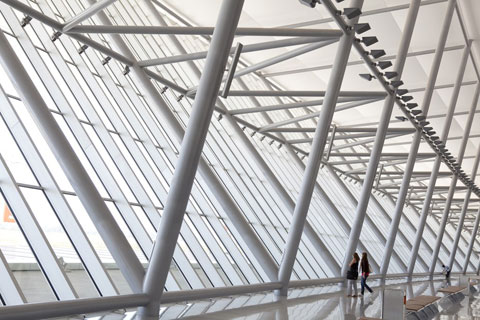 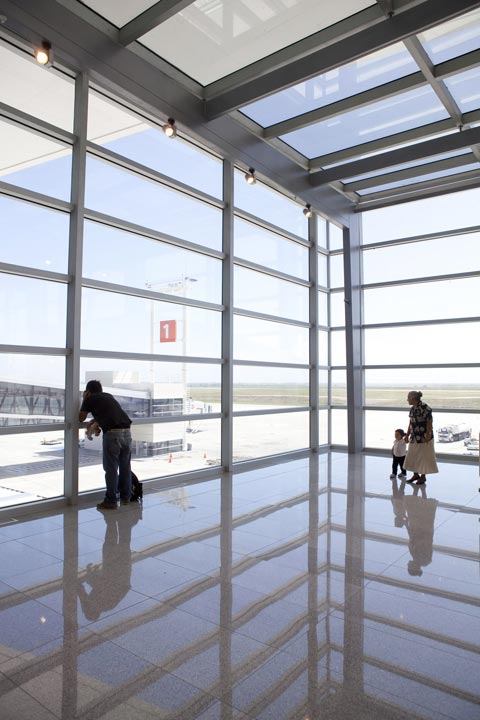