A new story of a real estate office in Munich was to be upgraded and redesigned. Performance artist Wolfgang Flatz has been entrusted with the planning. He has also brought in Markus Benesch to create a design concept for the office's interior. Benesch has conceived a kind of "façade model" for the office space, an idea that won over both Flatz and the client.

When designing the rooms Benesch sought to achieve an interplay of contrasts. He suggested a kind of piazza where people could meet and move around freely. All peripheral equipment such as copy machines, printers or coffee machines has been arranged in such a way that employees are required to stand up and walk to reach them.

The design for the red and white stripes found in the conference room was created under the brand name "Colornori" for an exhibition at the Milan Furniture Fair in 2009. Implementing the design proved to be something of a challenge due to the inaccuracies that come with the territory when renovating existing structures as, for example, the sheets of wallpaper had to be hung such that they line up exactly with one another. The "Silver" chairs by Interstuhl have been made to correspond to the color scheme and have been integrated into the space. The mirrored table frame takes on the red-white pattern from the walls, while the tabletop made from macassar wood looks like it is floating as the only "conservative" element in the whole room. 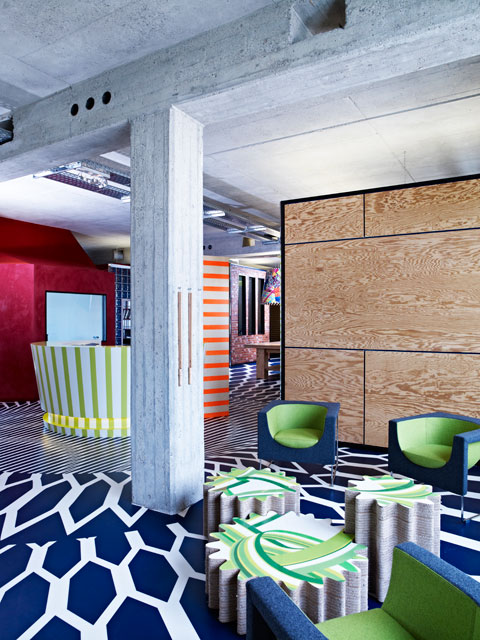 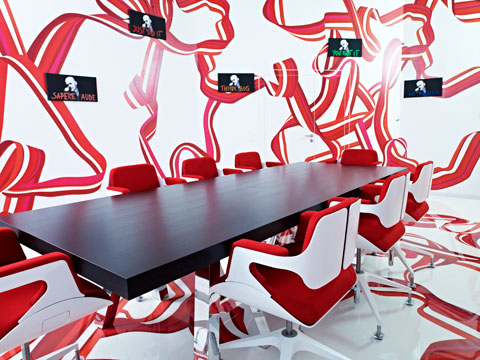 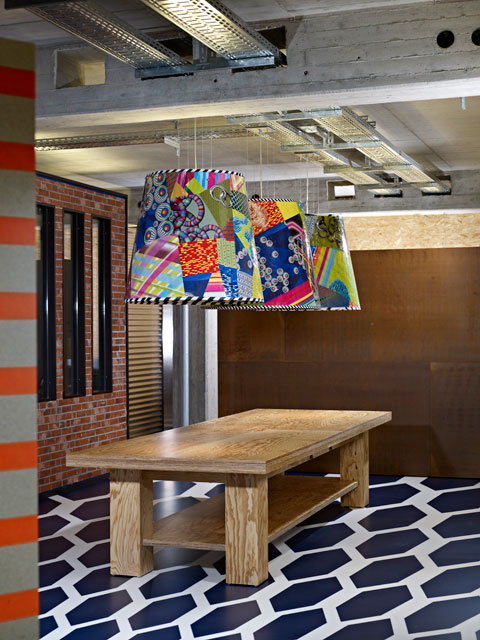 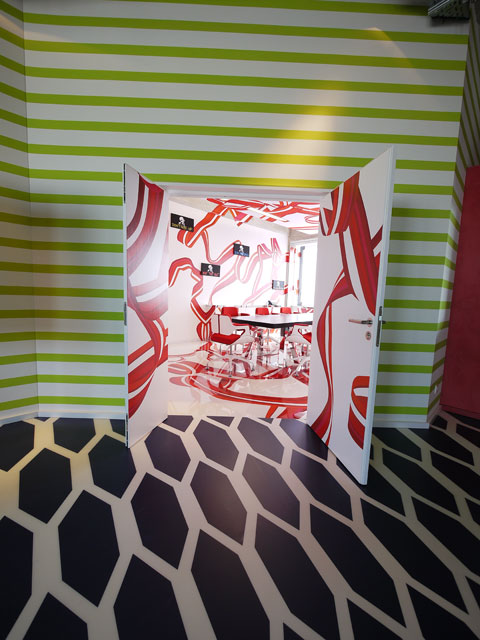 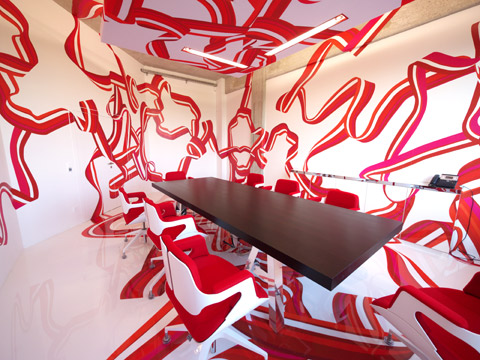 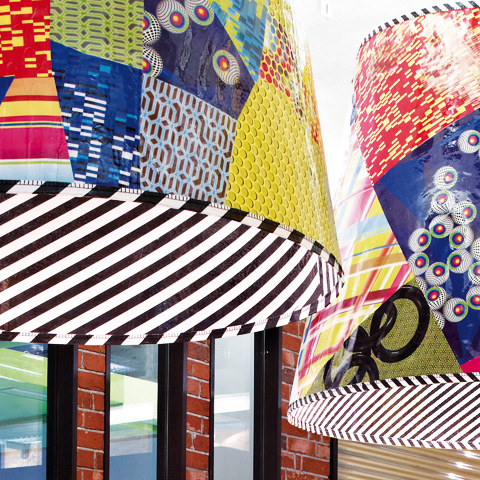 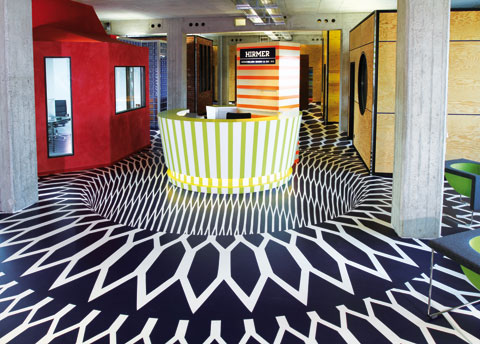 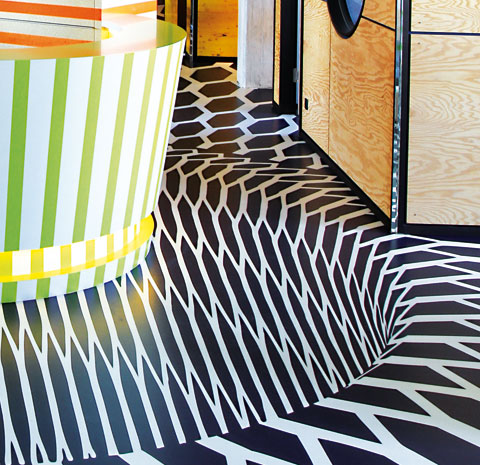 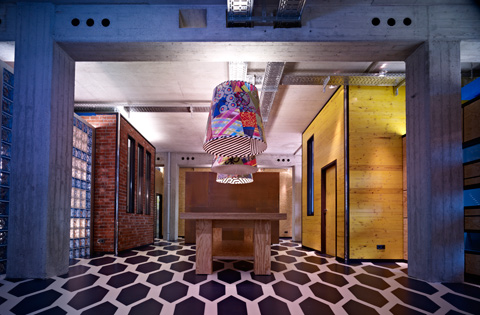 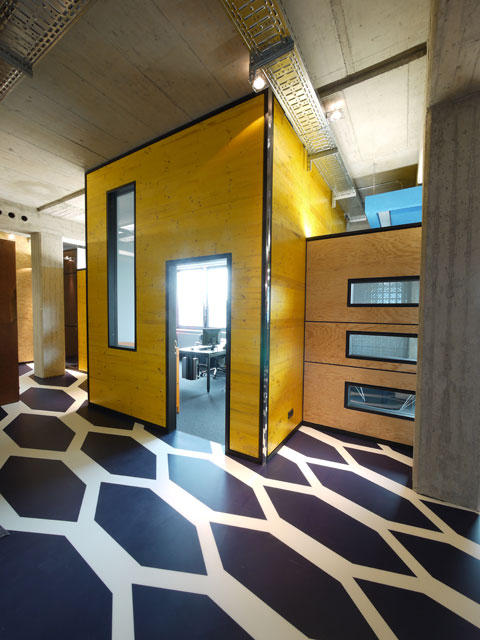 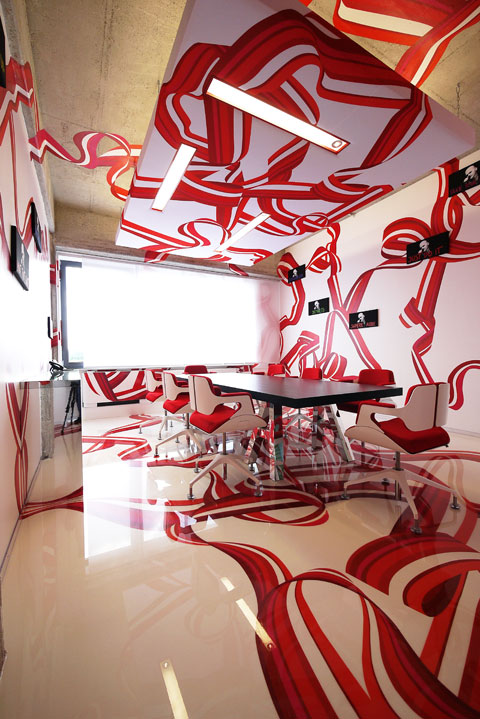 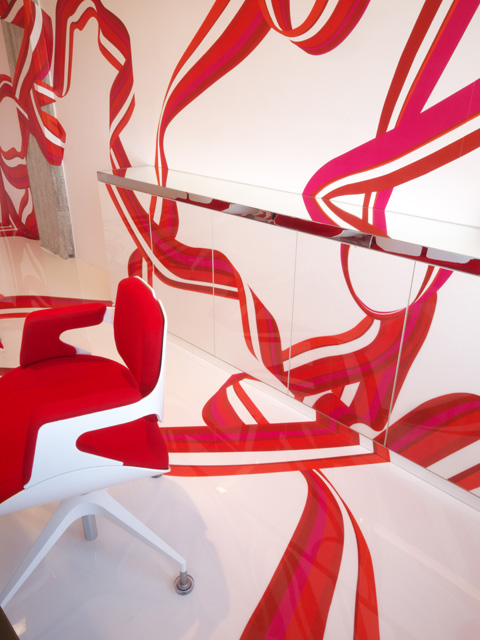 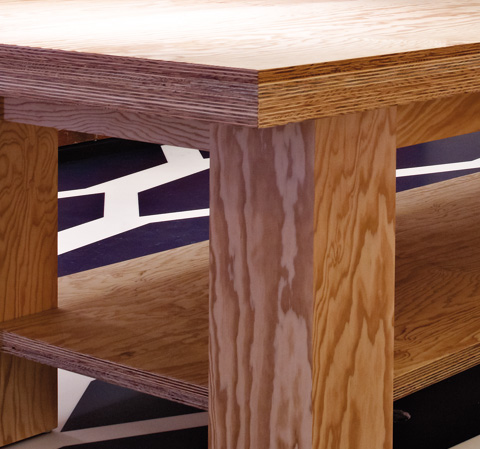