Switzerland’s Büro Burghalter Sumi Architekten came to fame in the early 1990s with two buildings that boasted wooden facades. Back then, the traditional material was about to embark on its Renaissance in contemporary architecture. And for the studio’s latest project, a factory and nine residences made up of owner-occupied apartments in Kempraten, a district in Rapperswil, the architects chose a multi-layer façade with Hawa sliding shutters. To keep the new builds from appearing overly solid, they set the ground and top floors slightly back, and painted them brown. The spacious balconies with the silver-grey wooden sun- and sightscreens give the buildings a horizontal thrust, such that they seem to only have two stories.

“You can really play with the rhythm the wood sets with the scale of the individual slats or panels. Our goal is always to highlight the sculptural nature of frontage,” explains Marianne Burkhalter. For the project, standing shuttering was used for the concrete for the outside walls again creating a rhythm for the long facades. But the new builds’ appearance is defined first and foremost by the wall-to-ceiling sliding wooden shutters – they have HAWA Frontslide 60/A fittings. The north and east sides with the lines of windows have a more closed feel to them as here the silver-grey slats are placed far more closely together.

When completely closed, the Hawa shutters nevertheless reveal the position of the windows, as they are slightly set back and thus continue to structure the facades. Ms. Burkhalter explains that “the shutters allowed us to use the façade playfully on the inside. As the inhabitants decide what the façade looks like each time they open or close the shutters. And we very much like this because it is so unplanned and the homes change their faces repeatedly in the course of each day.” To ensure the sliding is an easy matter, the architects chose electrically controlled shutters using HAWA-Frontslide 60/matic hardware. In fact, using the shutters is also easy from the inside thanks to this system: “It enables inhabitants to freely select what section of the outside world they want to look at.” 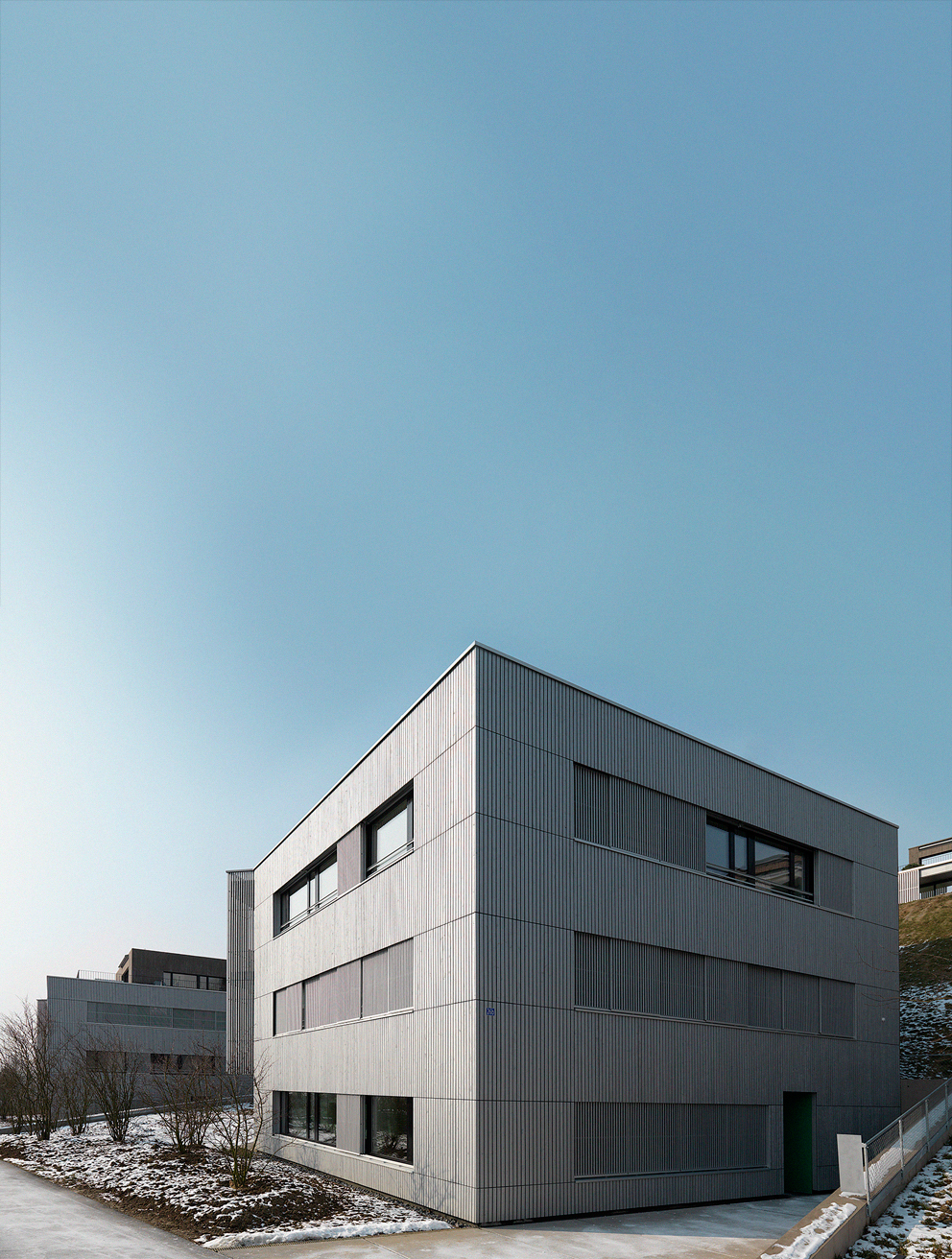 The north and east sides have a closed appearance, but thanks to the Hawa-Frontslide hardware the shutters can be moved electrically. Photo: © Hawa

The north and east sides have a closed appearance, but thanks to the Hawa-Frontslide hardware the shutters can be moved electrically. Photo: © Hawa 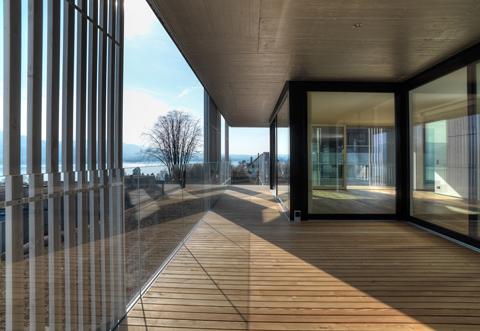 The residences have spacious patios and balconies, shown here with the shutters open.Photo: © Hawa 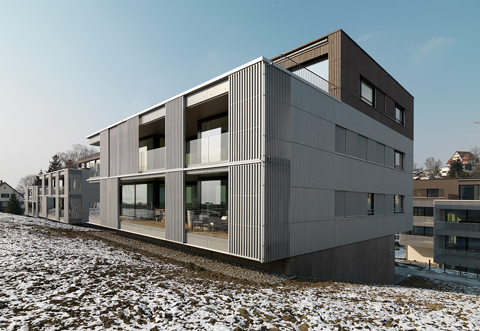 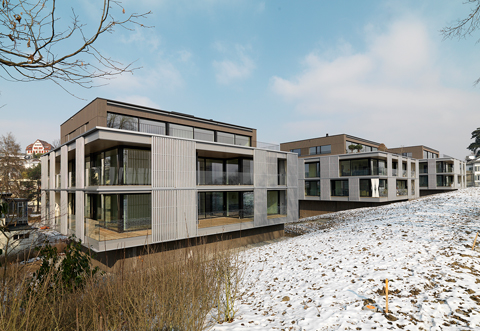 Thanks to the Hawa hardware, the shutters can be easily moved and the building frontages look different by the day. Photo: © Hawa 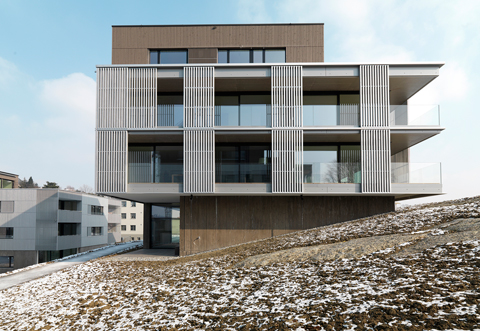 The residences are located on a slope, in part with views out over Lake Zurich and were designed by Burkhalter Sumi Architekten. Photo: © Hawa
Advertisement