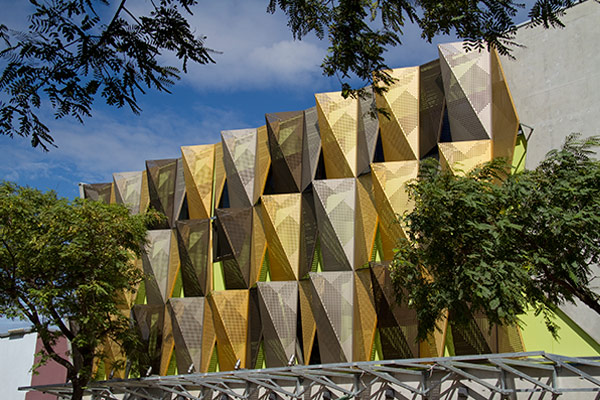 Whenever you change your vantage point the façade looks different. Photo © Rick Vermey

When you think of shelters for the homeless it is rarely as high-end architecture – and instead some functional and cost-effective edifice. In Bunbury, however, down the coast from Perth in Australia, the architects at Gresley Abas seized the mission of modernizing such a shelter as an opportunity to clad the miserable original building in a colourful and dynamic facade – using metal screens from Colt. On completion of the building work, Yanget House now houses 37 apartments as well as stores and offices on the first and second floors which generate rental income that goes toward financing the project.

Colt perforated panels provide solar protection on the east side. Artist Rick Verney specially designed a 3D relief of projecting, angular elements that seem both transparent and sculptural thanks to the characteristic perforation pattern. The team at Colt was commissioned to realized Verney’s plans, in the process of which they found calibrating the individual blinds was quite a challenge, as they had to be perfectly aligned vertically and horizontally – using a clip system. The “shadow metal” consists of powder-coated anodized aluminum – the perforation pattern on the screens is not just a key design element, but also ensures light transmission and the passage of energy. The customized design thus spawned both sun shading and an unusually textured dynamic façade that is as good as unmistakable.

Whenever you change your vantage point the façade looks different. Photo © Rick Vermey 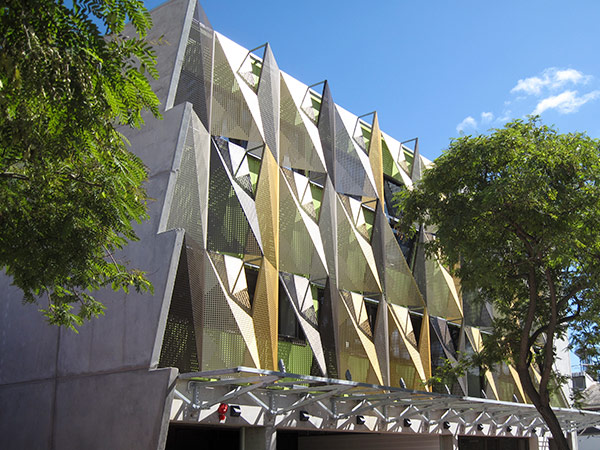 The façade with the Colt perforated screens is both an art-&-architecture project and effective sun shading. Photo © Rick Vermey 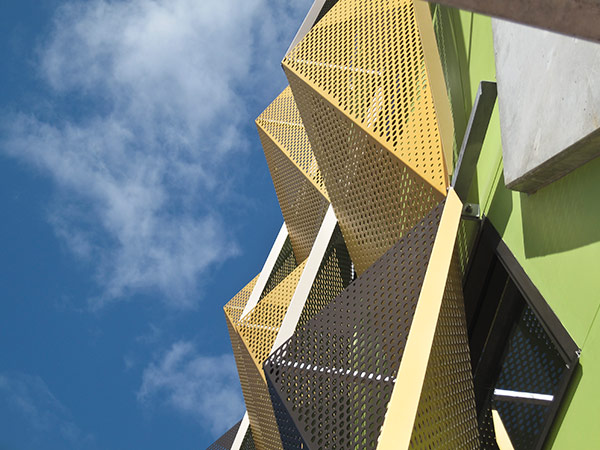 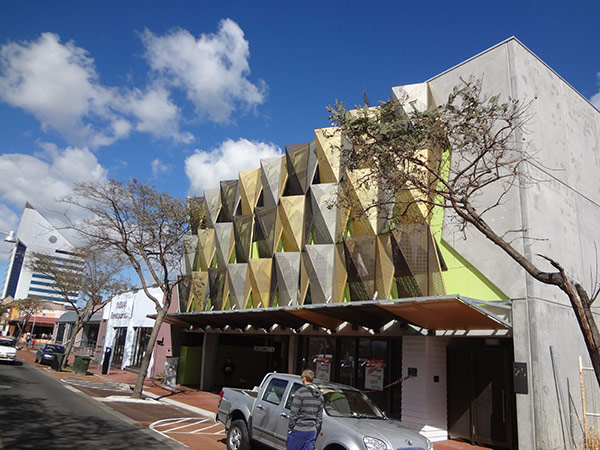 The Colt powder-coated screens were supplied with a variety of perforations and colors. Photo © Rick Vermey 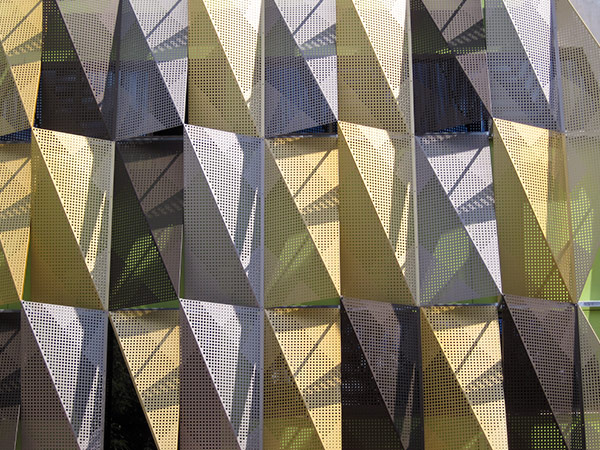 The façade is defined by the interplay of light and shadow, transparency and texture – purpose-created by artist Rick Vermey. Photo © Rick Vermey 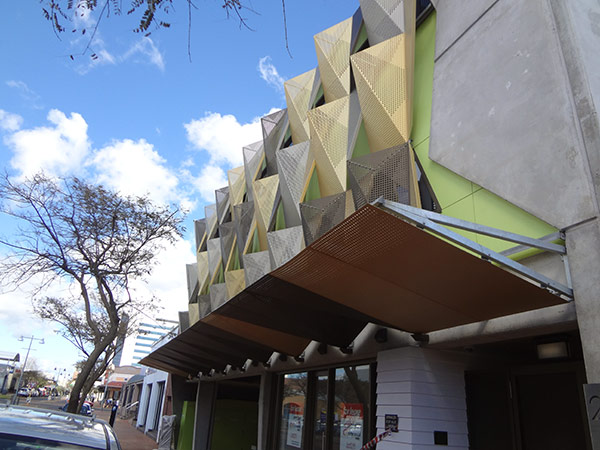 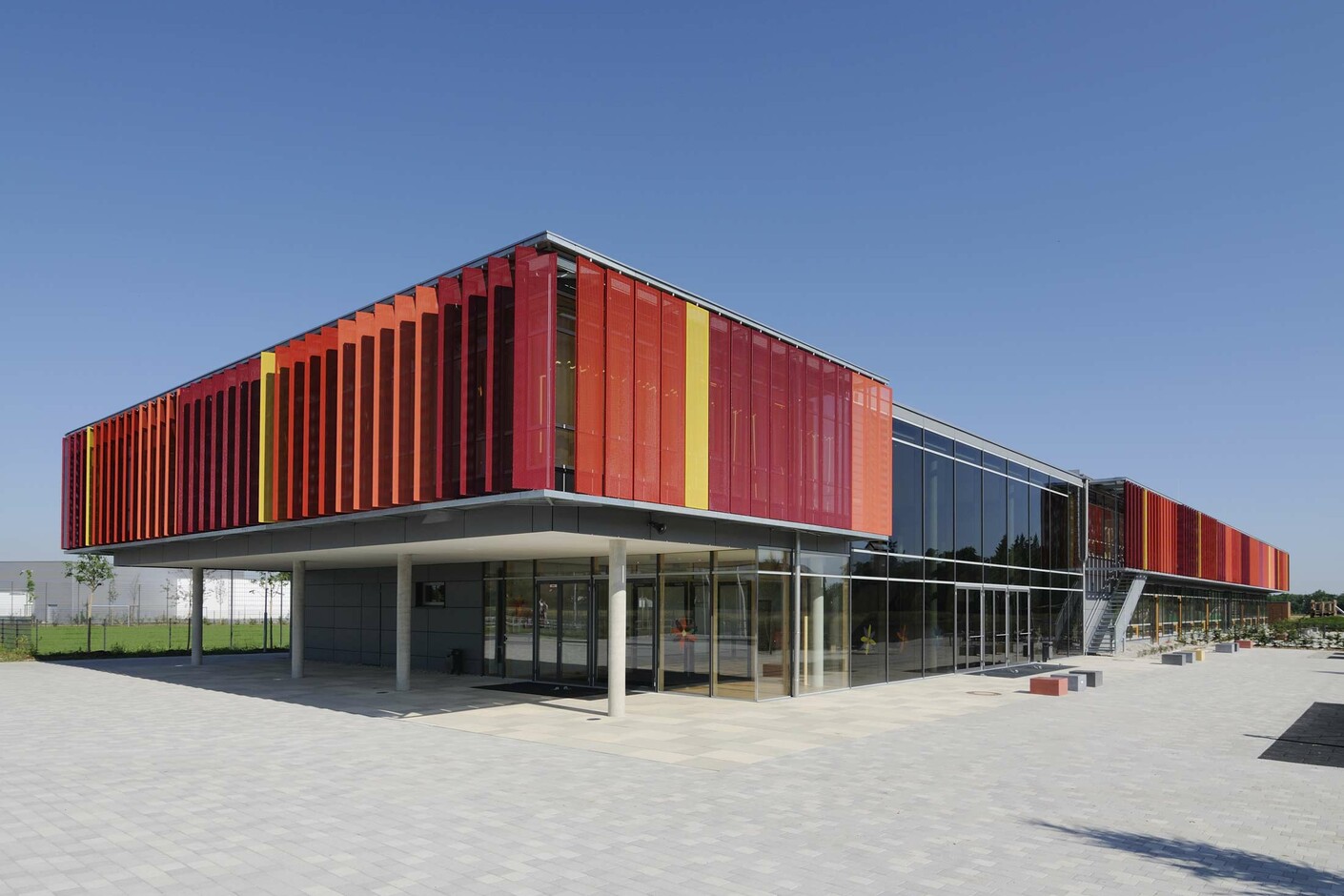 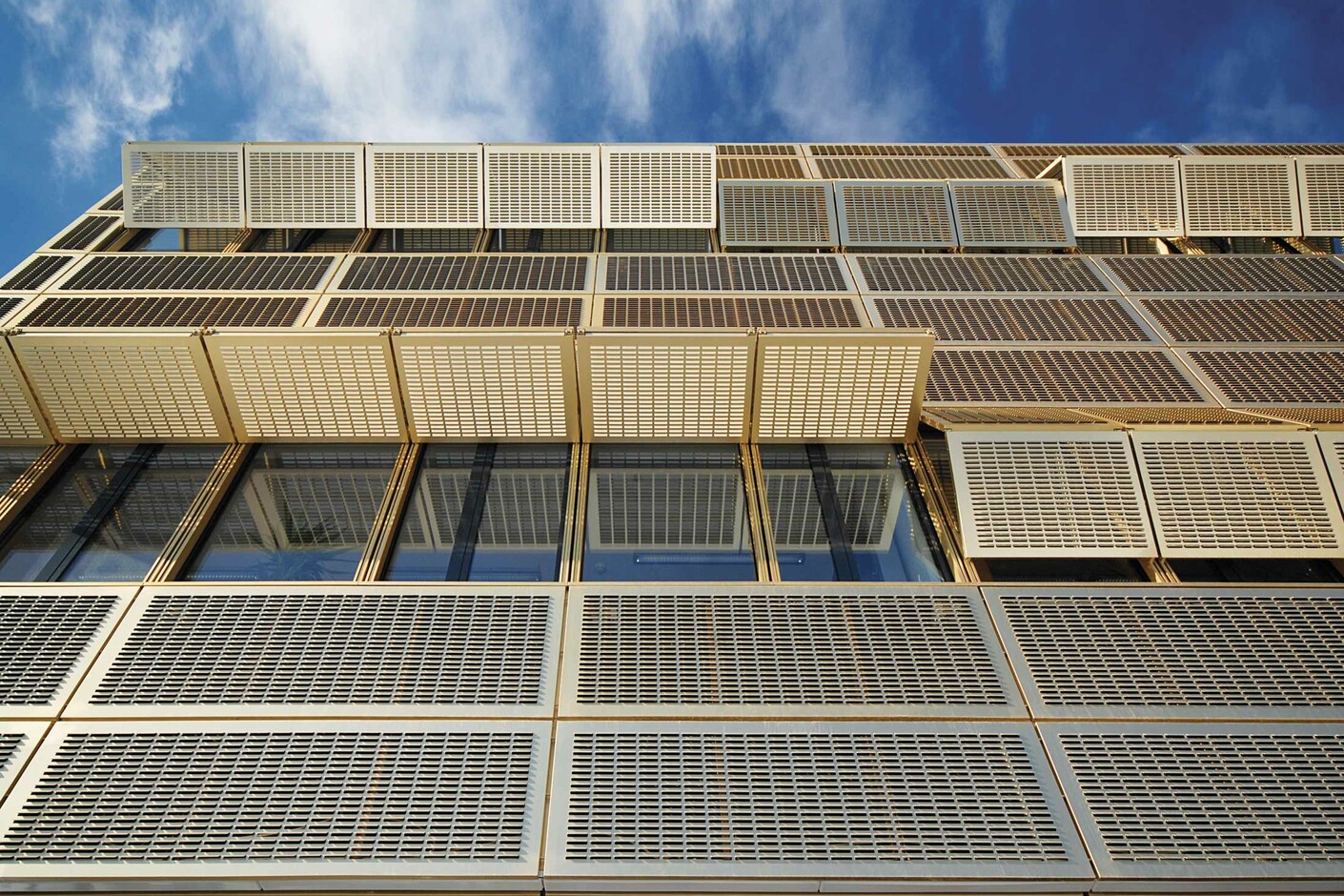 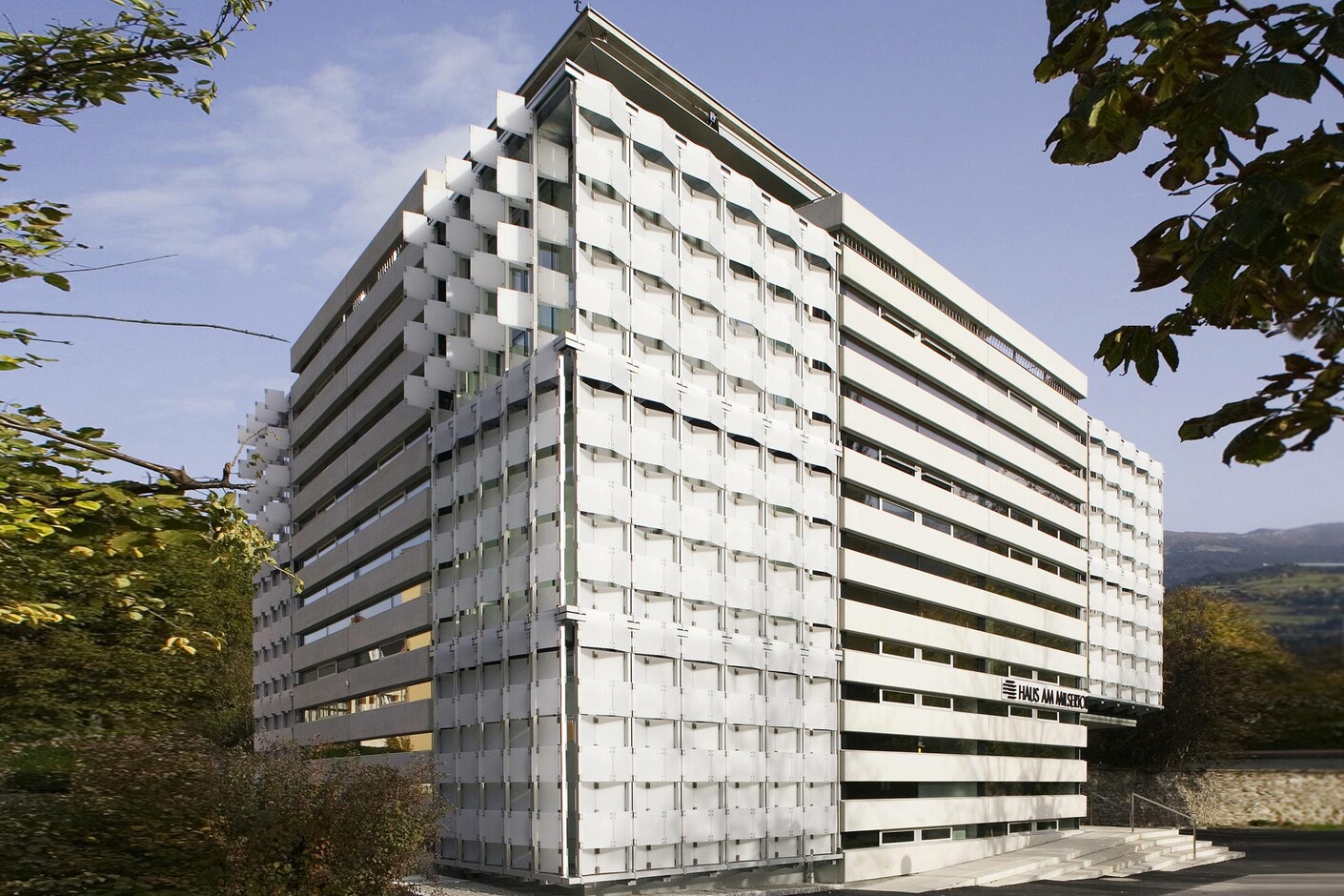 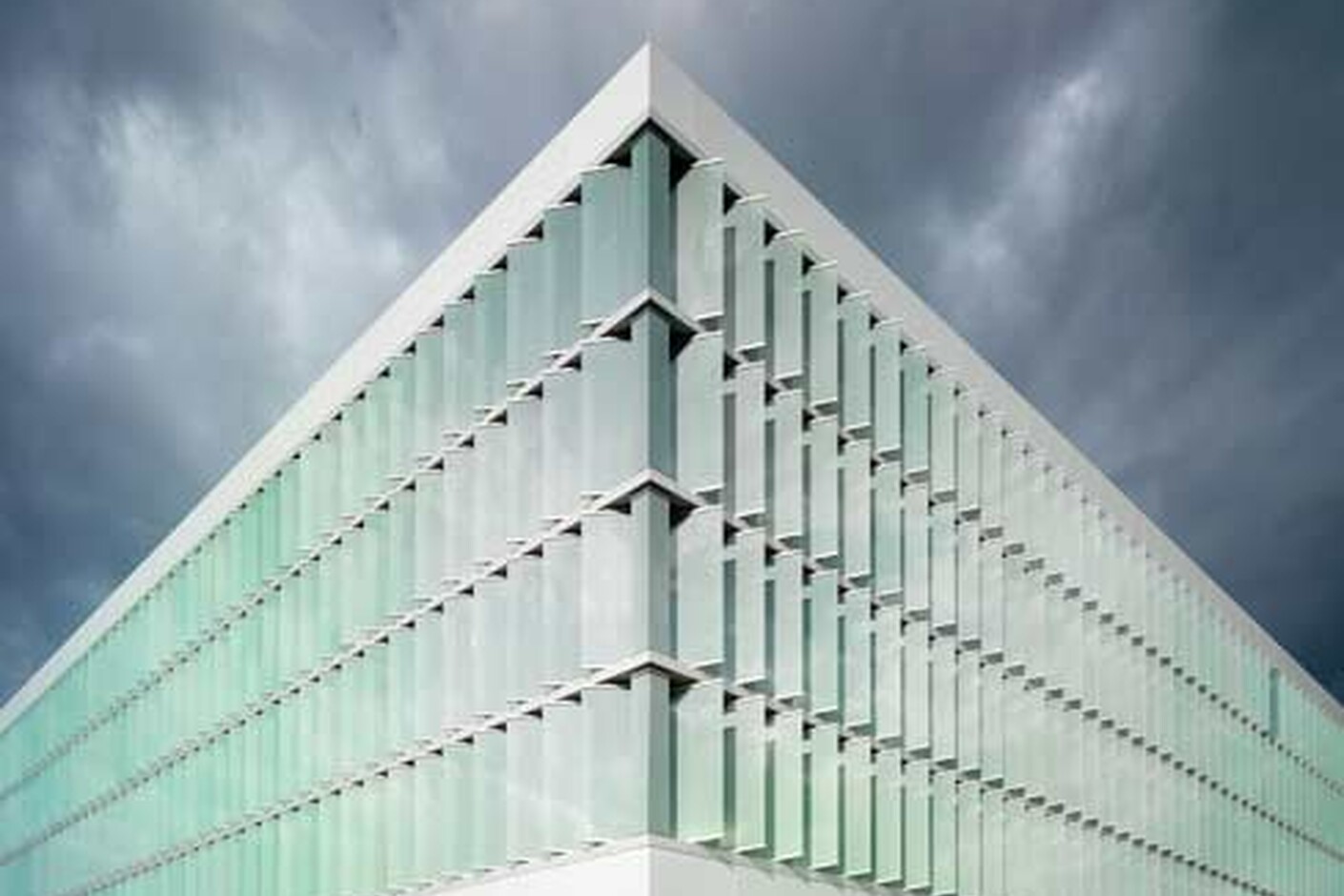