The Scandinavians value good design very highly, and when it comes to lighting design you really have their attention. After all, effective and atmospheric lighting has a decisive effect on our disposition and mood, especially during those long, dark winter evenings. Danish lighting manufacturer Louis Poulsen has been designing and producing luminaires for 89 years now, offering lighting solutions for all occasions, for the home, office and outdoor areas. Albertslund is just one of the classics to be found in their portfolio, named after a suburb on the outskirts of Copenhagen built in the 1960s. Back then, Jens Møller-Jensen was working in his father’s office as a draughtsman and felt that the lighting that had been earmarked for the new district was far too expensive. So decided to put forward his own idea by way of a design counterproposal. His prototype made using a jam jar, an antenna and a traffic sign won over the clients thanks to the sheer logic in its construction and was subsequently implemented across the board, years before he had even finished his training as a designer. The luminaires soon attained the status of a design classic and led to the development of an entire product family based on the original design. They are still in place in Albertslund, but today they can also be found in the La Defense district of Paris, or in a one of the new, modern quarters of Chicago. And surprisingly in many historical centers, for monument conservationists also seem to appreciate their simply, graphic construction.

Formal logic is also of great importance to designer Mads Odgård. ICON, his outdoor luminaire, has also turned out to be strikingly graphic in appearance, rounded in its form, concentrating the beam of light directly downwards. As though a completely natural part of the landscape, they hang above the streets of Copenhagen like old-fashioned glass lanterns. However, it is not just the shape of the luminaires that is important here. Each of these classic designs by Louis Poulsen is available in an eco-friendly, energy-saving version with LEDs. And this too is part and parcel of high-quality Scandinavian design. 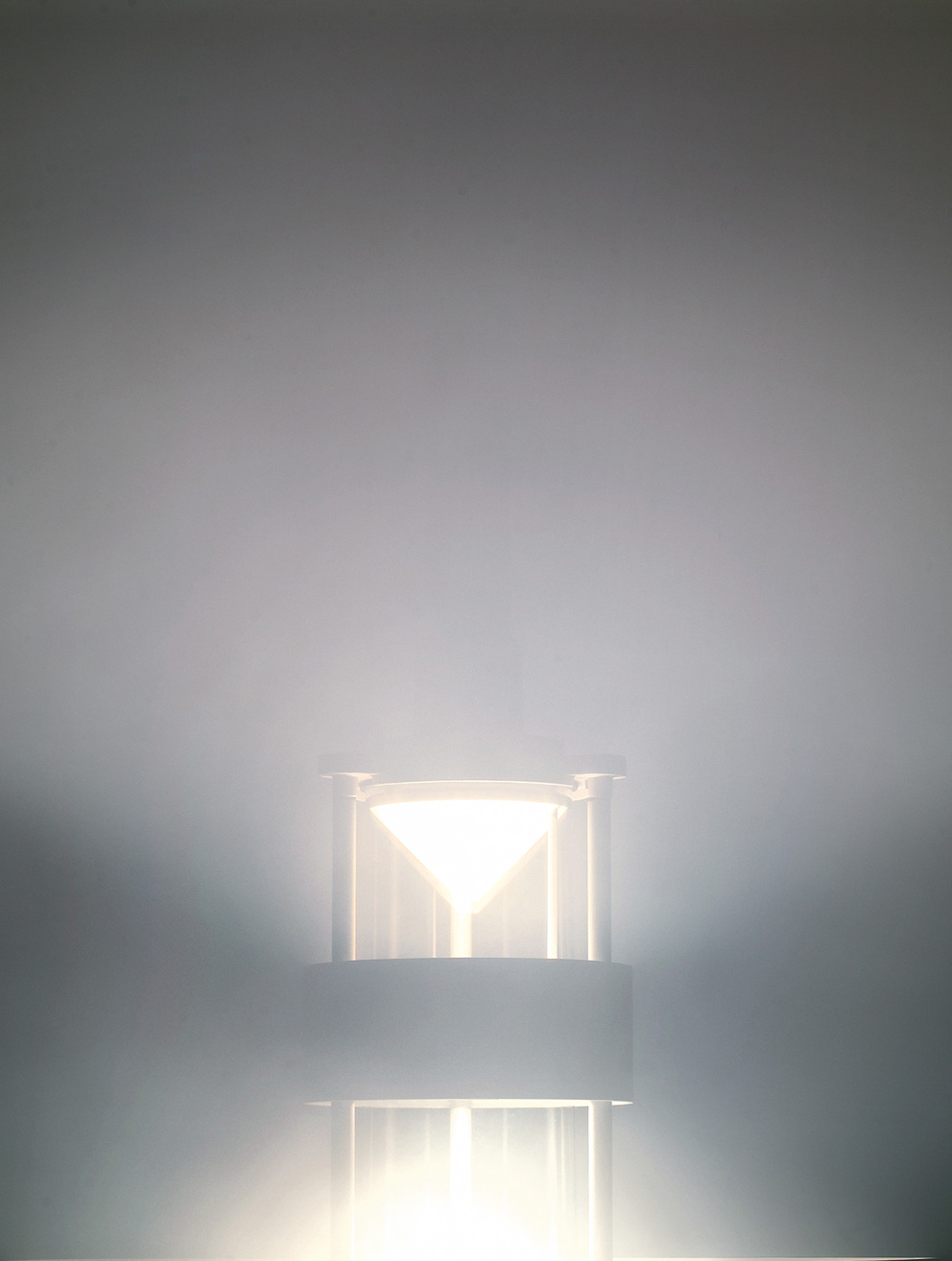 Detailed image of Albertslund, a design classic from the 1960s. Photo © Kaslov Studio

Detailed image of Albertslund, a design classic from the 1960s. Photo © Kaslov Studio 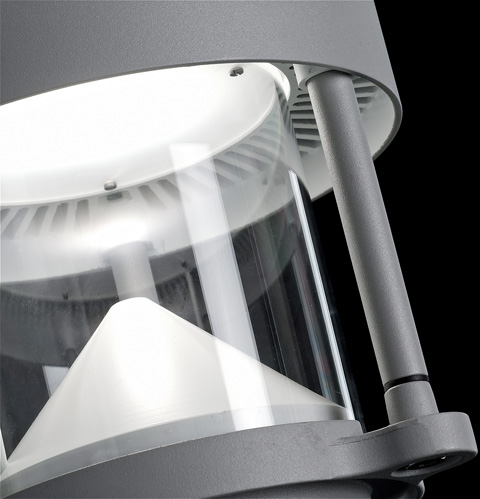 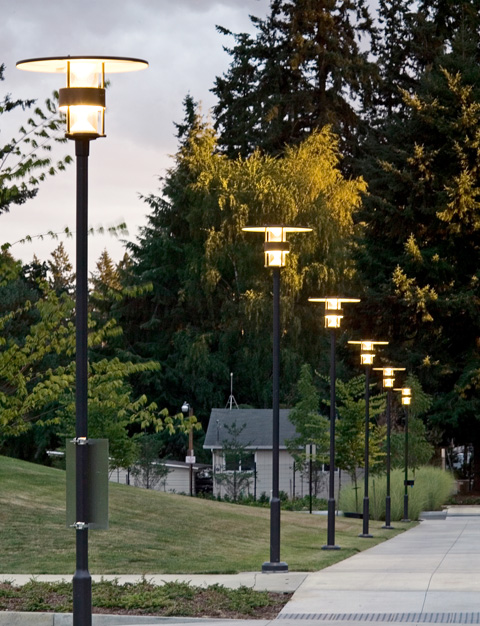 Albertslund in a park in Wilsonville, Oregon. Photo © Frank Domin 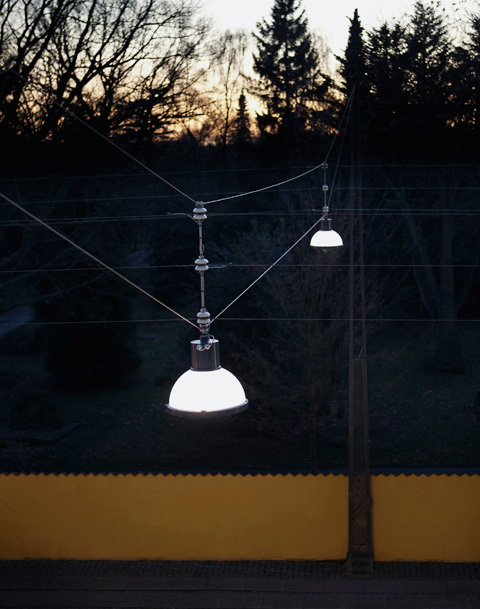 ICON lamps shining down on Nørrebrogade, a lively street in a district of Copenhagen characterized by buildings from the turn of the 20th century. Photo © Kira Brandt 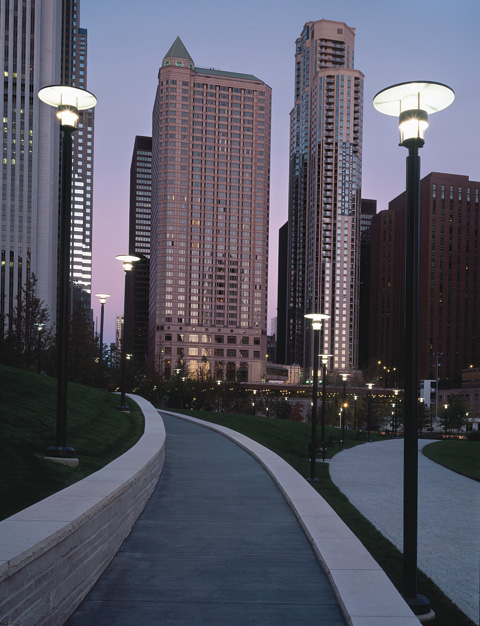 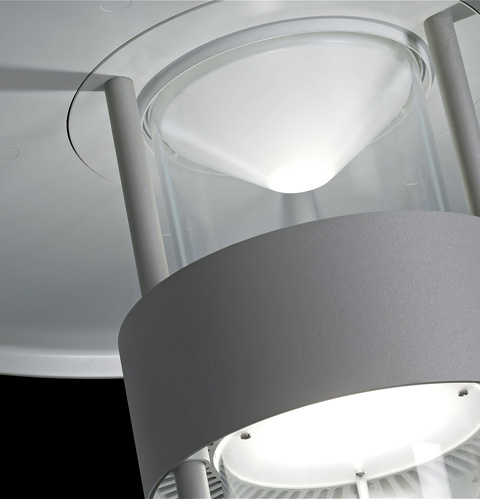 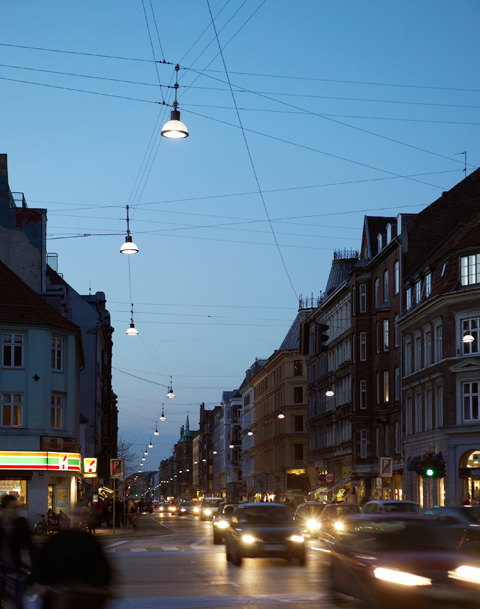 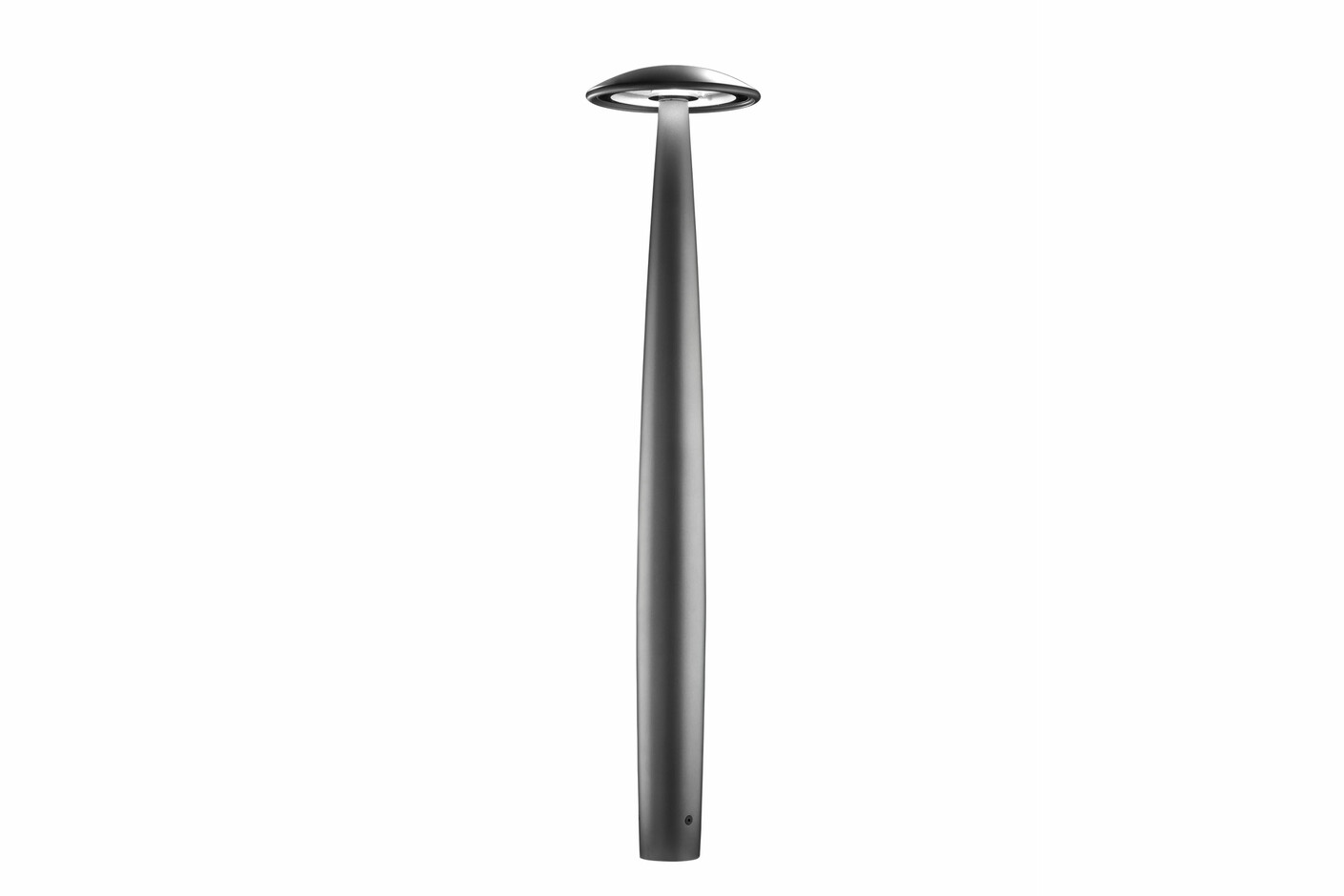 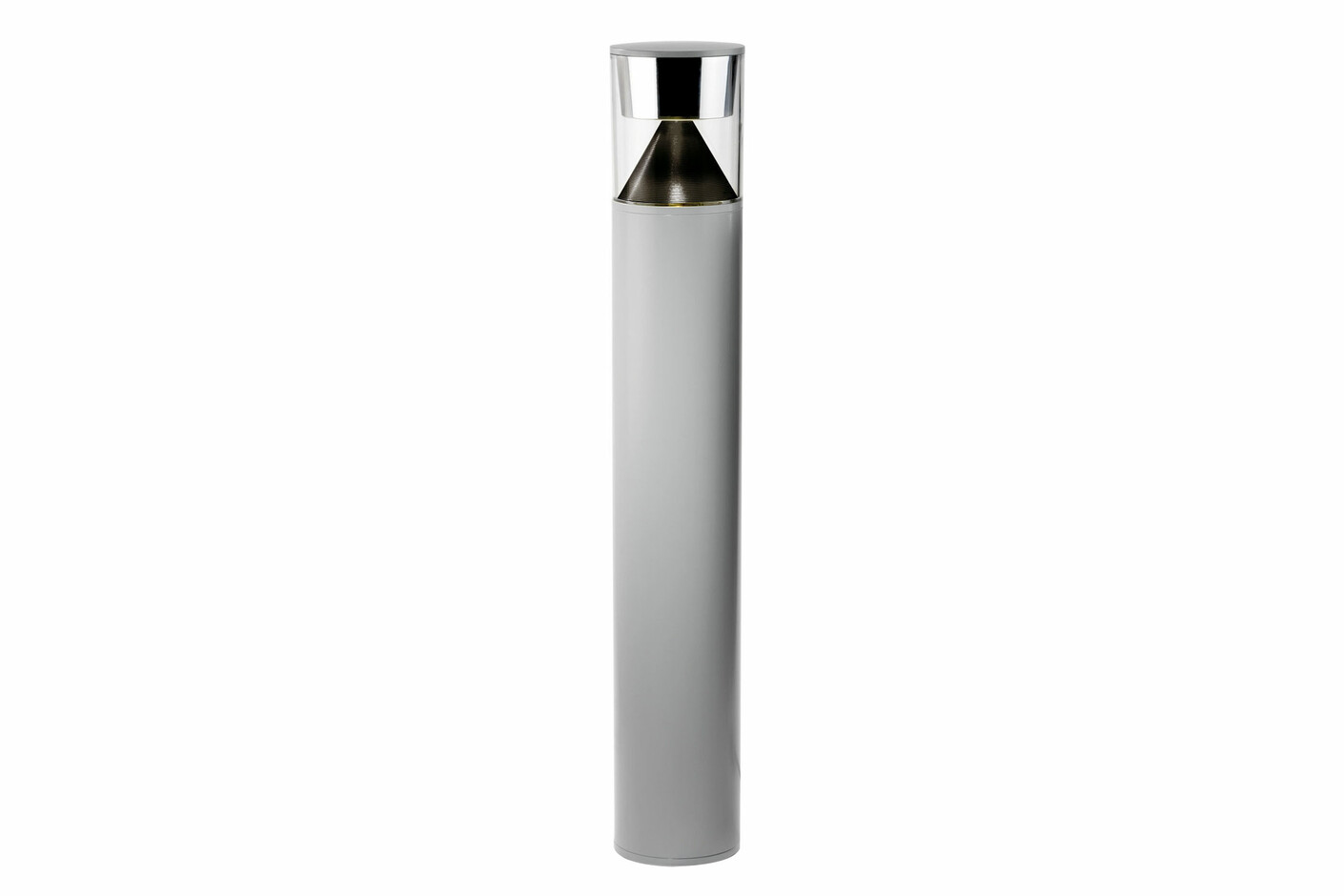