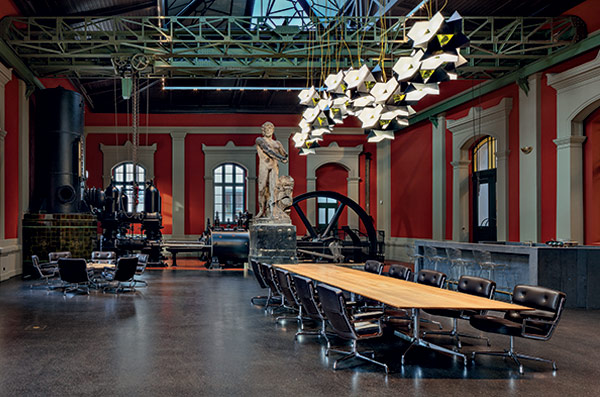 The offices of art collector Boros’ agency in the Berlin lapidarium: a blend of Renaissance palace and former powerhouse outfitted with modern art and designer furniture. Photo © Andreas Gehrke

The brick building on the banks of the Landwehrkanal in Berlin’s Kreuzberg district is a stately industrial building with a tall chimney. Mind you, it’s only when you have stepped inside the structure will you get an idea of the duties it once fulfilled: Disused steam engines tell of the life of a building that was once the powerhouse pumping Berlin’s water supply. In the 19th century it was customary even for the simplest of such facilitees to be adorned with a historicizing architectural idiom – the one at hand was designed in a High Renaissance style. Later the pumping station served as a lapidarium, housing the sculptures of the former Siegesallee[m1] boulevard in the Tiergarten district. And today?

Today it is home to the Christian Boros communications agency and publishing company. Accordingly, modern office furniture and fair-faced concrete installations serve to contrast splendidly with the grand design of the walls and the heroic sculptures.
Art collector Christian Boros has been using a bunker in Berlin’s Mitte district for some time now as a temporary exhibition venue for his constantly growing collection of contemporary art. Among others, he presented major installations by the artist Olafur Eliasson, who repeatedly places light and reflection center stage in his artistic output. So it’s not surprising that the Danish artist’s light experiments also find spectacular application in the former pumping station.

The luminaires in the Starbrick Edition, which he developed in cooperation with Zumtobel, serve to illuminate the conference room. Single modules conjoin to form a large cluster that provides indirect light thanks to dimmable LEDs or spotlights specific areas. Eliasson does not bother with the question whether the unlimited edition of the Starbrick luminaires should be considered art or applied design. “I intended Starbrick to be a work of art that has shed all of art’s elitist quality and thanks to duplication is accessible to far more people,” Eliasson explains and adds that he considers Starbrick “a never-ending work that can keep evolving and being shaped anew ad infinitum” – which equally applies to the building of the erstwhile pumping station itself, which has been transformed from one use to another.

The offices of art collector Boros’ agency in the Berlin lapidarium: a blend of Renaissance palace and former powerhouse outfitted with modern art and designer furniture. Photo © Andreas Gehrke 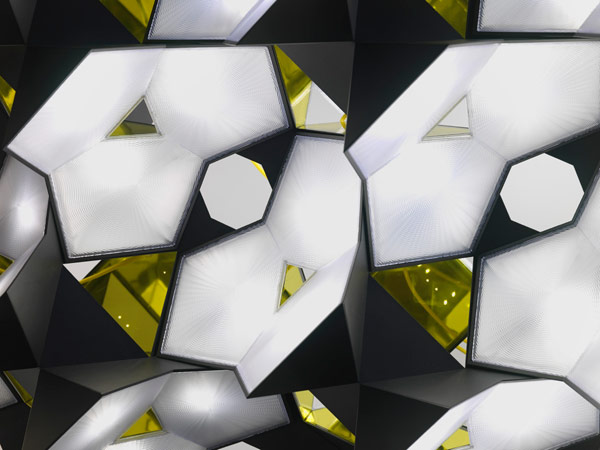 The “Starbrick” LED luminaires that Olafur Eliasson developed together with Zumtobel are modules that combine into larger units. Photo © Jens Ellensohn 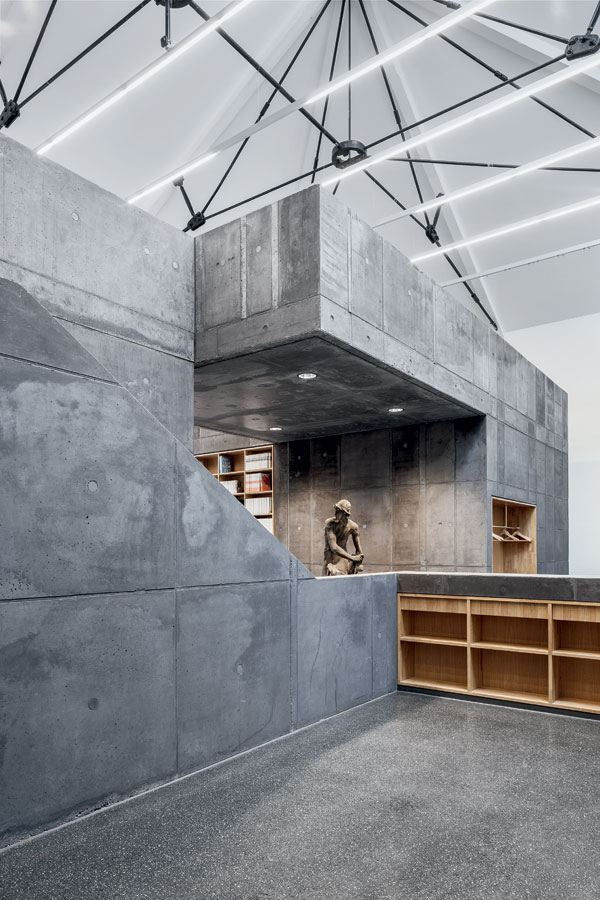 The workspaces were conceived using a “building-within-a-building” approach in respect of the monument.
Photo © Andreas Gehrke 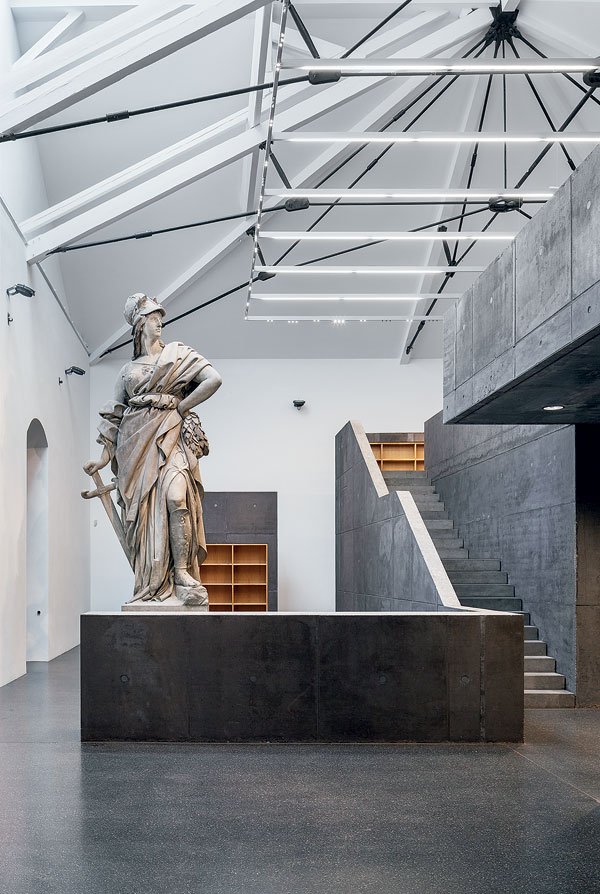 The impressive statue of Borussia is a reminder that the building was once used as a depot for sculptures.
Photo © Andreas Gehrke 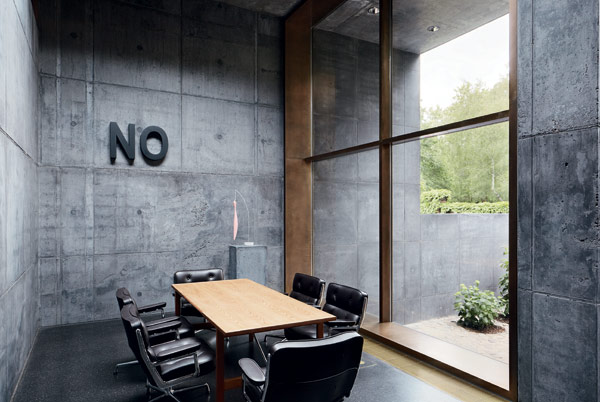 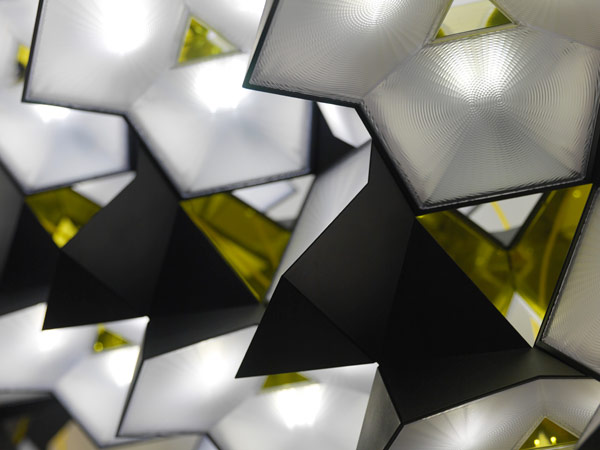