The new aquarium in the Georgian harbor city of Batumi will replace the old harbor aquarium at the same spot on the Black Sea coast. The 2,000-square-meter aquarium is situated very close to the beach and a huge parking complex that also houses a dolphinarium and a zoo.

In planning the design, Henning Larsen Architects drew inspiration from the pebbles characteristic of the Batumi beach. The new building is designed to be visible from both land and sea as an architectural landmark - in the form of stacked stones. The lower levels of the structure contain four separate exhibition spaces, each housing different maritime biotopes: the Aegean and Mediterranean, the Black Sea and Red Sea, the Indian Ocean and finally an interactive exhibition room.

It remains to be seen how the metaphoric complex will translate into reality. The architects' initial ideas for the pebble façade envisage an injection-molded concrete surface, but a final decision has yet to be reached. 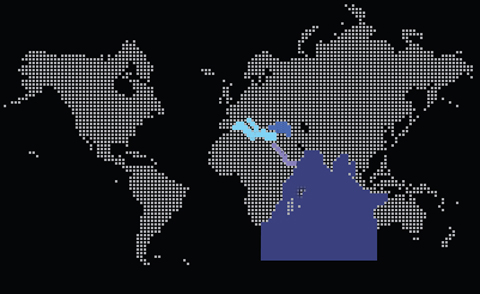 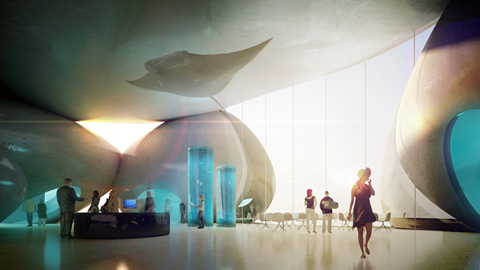 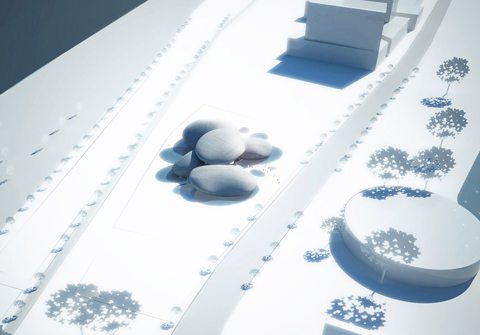 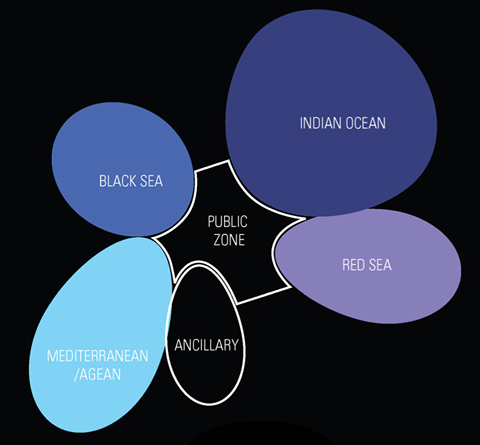 Concept of the new aquarium in the seaport of Batumi, Georgia | all images © Henning Larsen Architects 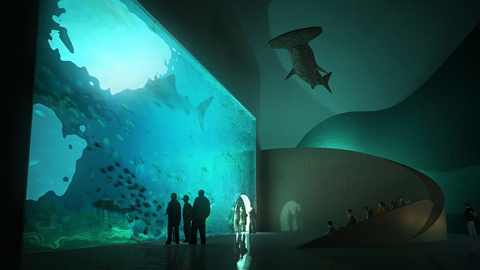 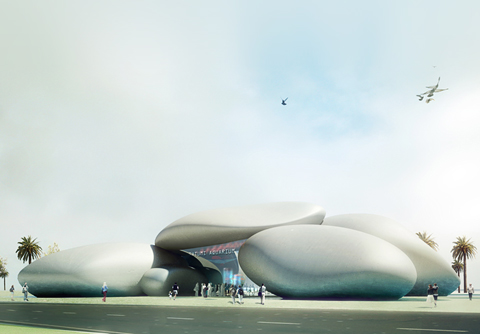 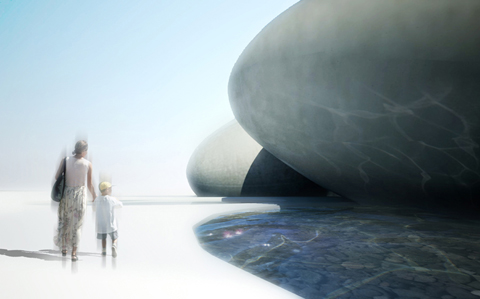