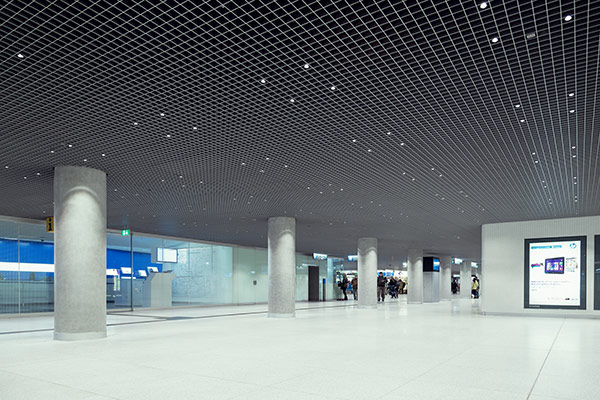 Auer + Weber focused on transparency and clarity for their conversion of the mezzanine level of Munich’s Central Railway Station. Photo © Felix Meyer

What architects tend to refer to soberly as a distribution level often gets under-designed or overlooked – a case in point for many years was the arcade in the mezzanine level under Munich’s main railway station that leads to the LRT and subway platforms. In the course of time, the area had become very run down and therefore was in urgent need of conversion and restructuring. The tender called for the architects to interact with light planners, as good illumination of the relatively low and not always transparent zones is key to making passers-by feel good in the arcade – and no less than 200,000 of them use the mezzanine level each day. The architects at Auer + Weber designed a space with clear contours and routes, with elegant metal tile ceilings by durlum, minimalist glass facades for the 18 retail outlets, and an illuminated wall a full 450 square meters in size. And the reduced formal idiom and structure ensured an uncluttered feel and a pleasant sense of clarity.

LEDs made by durlum and inset into the tiled ceiling provide great light. Specially developed for the project, the PUNTEO®-Q50 LEDs serve as the main illuminants and ensure the entire mezzanine level enjoys bright and even light. Given a tile size of only 70 x 70 millimeters, the four light points in the 1,000 LED luminaires also deliver dazzle-free light throughout the arcade. At the stairwells that lead downwards, so-called artificial suns have been included in the ceilings: These smoothly offset the difference between natural daylight and the below-the-ground lighting. Moreover, the eastern longitudinal side of the mezzanine boasts a backlit wall – thanks to a complex durlum control system the light intensity and color changes, depending on the time of day and the number of passers-by. Munich has had to wait long for a visitor-friendly arcade, but after three years of conversion work the result was worth it: The arcade reopened on February 28 of this year.

Auer + Weber focused on transparency and clarity for their conversion of the mezzanine level of Munich’s Central Railway Station. Photo © Felix Meyer 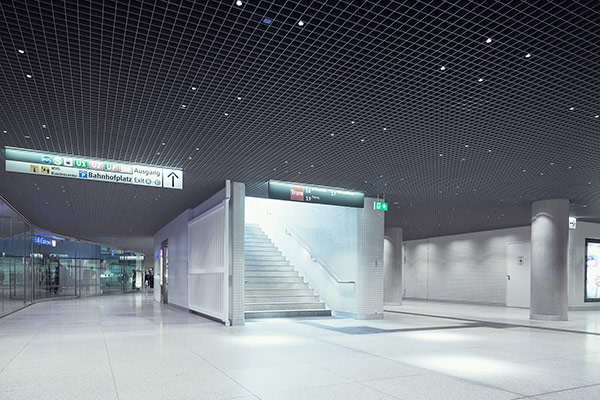 So-called artificial suns by durlum have been installed on the stairwells leading downwards to ensure homogeneous lighting throughout. Photo © Felix Meyer 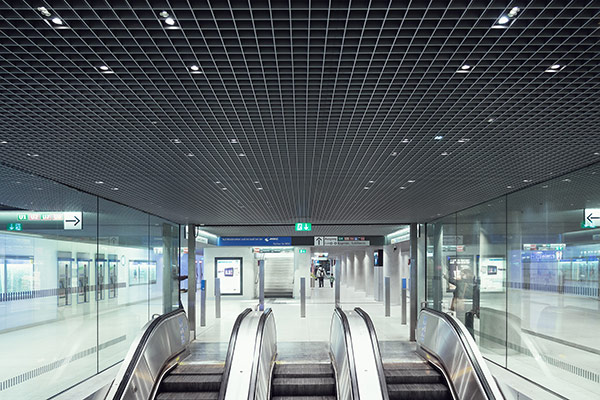 Durlum purpose-developed the luminaires for the project; they are optimally integrated into the tiled ceiling.
Photo © Felix Meyer 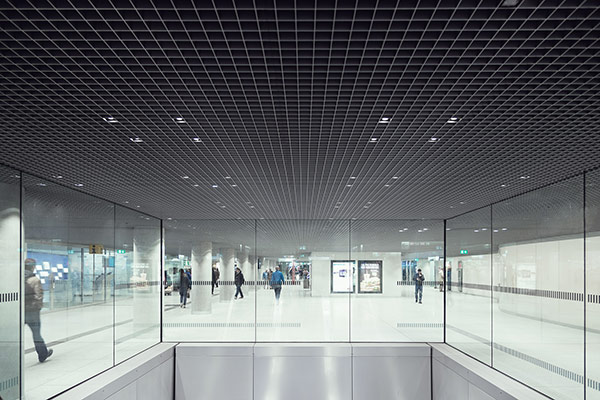 The transition to the subway has been given glass surrounds to improve orientation. Photo © Felix Meyer 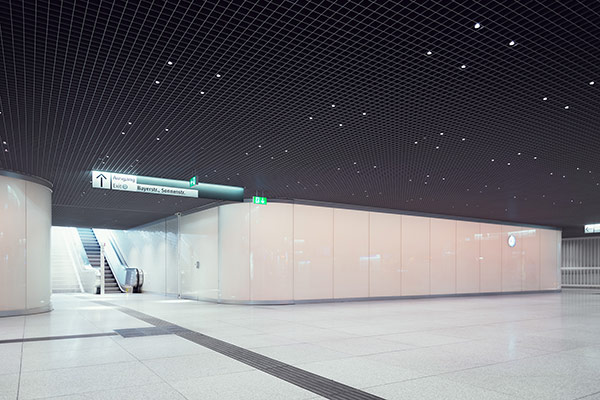 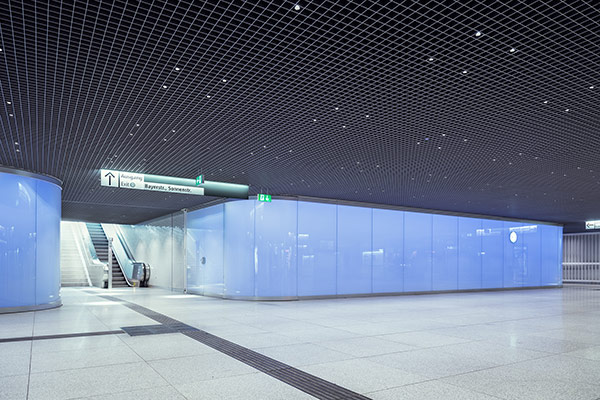 durlum’s smart control system adjusts the color and light intensity of the back-lit wall depending on the number of passers-by the lighting level and the time of day. Photo © Felix Meyer 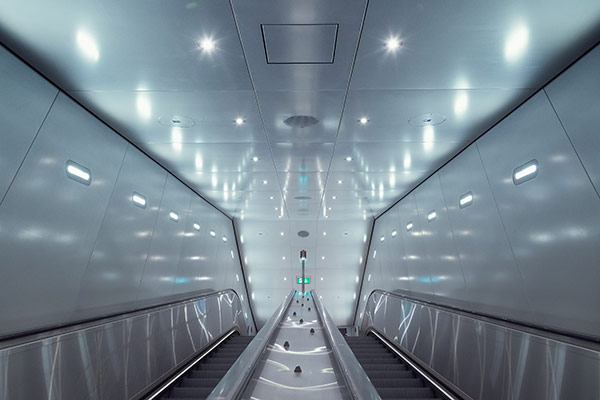