German sportswear giant Adidas has just created a new product development and marketing center for itself – in the form of the Laces design, research and strategy center that has just gone turnkey. The center is part of the Adidas Campus in Herzogenaurach. The office building boasts 62,000 square meters of space and some 1,700 workstations. Devised by kadawittfeldarchitektur, the ring-shaped structure affords a double relationship to the world outside, namely both the surrounding countryside and the green atrium at the heart. The walkways over the atrium comprise the laces that tie the building together. The walkways also provide efficient access to all office sections without anyone having to wander through other departments. Moreover, they turn the atrium into the key creative identity of the edifice.

At a very early point in the planning process, other design issues such as guidance systems and office furniture were incorporated into the thinking. Together with Berlin interior design office Kinzo a flexible modular system of organizing space was developed for the four-storey building. Kinzo developed a modular system from which flexible team-oriented rooms, recreation zones and work-stations can be configured. Pride of place in the system goes to the so-called "Teamplayer", a multifunctional spatial module that can be equipped and used entirely as required at the time: As a room divider module that is either half as high as the room or stretches to the ceiling it structures open office zones while also functioning as the stands for the tabletops, clothes hangers, lockable containers and magnetic metal perforated walls into which mounts for balls, shoes and accessories can be slotted. 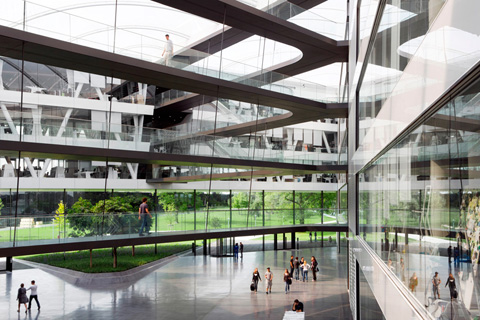 Green areas in the atrium. Above, the long bars called "Laces", which are linking the office area with the kitchen and the rest areas | Photo © Werner Huthmacher Photography 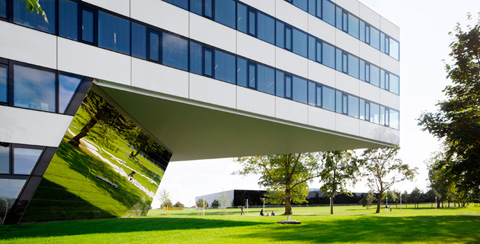 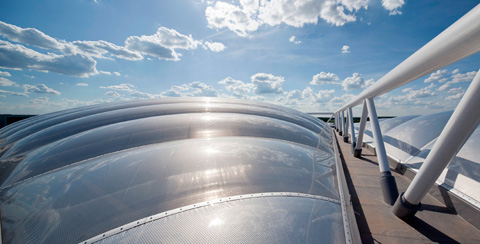 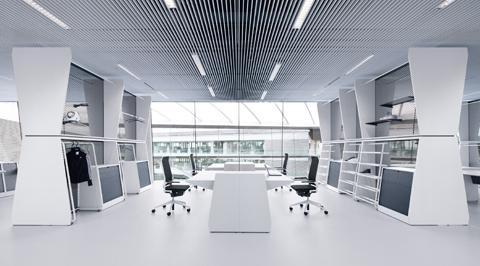 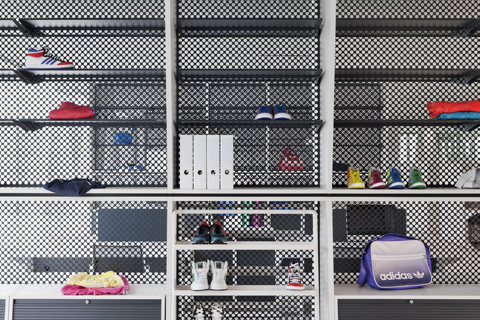 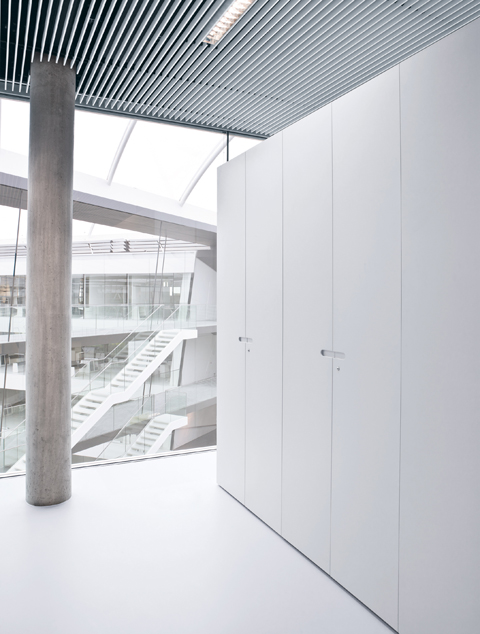 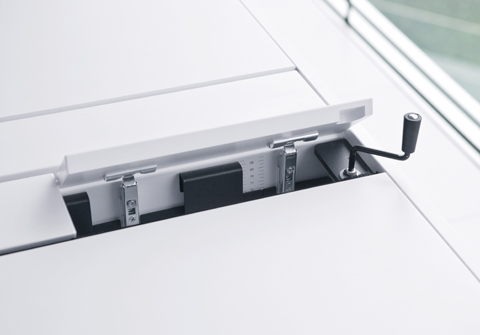 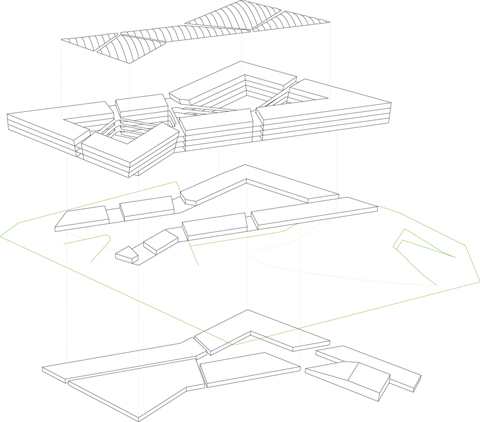 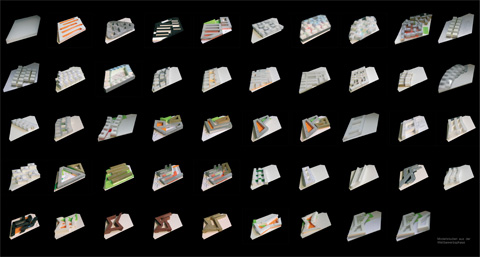 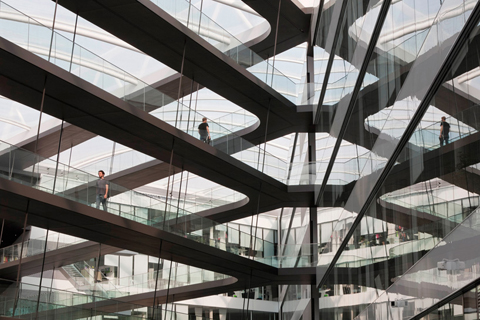 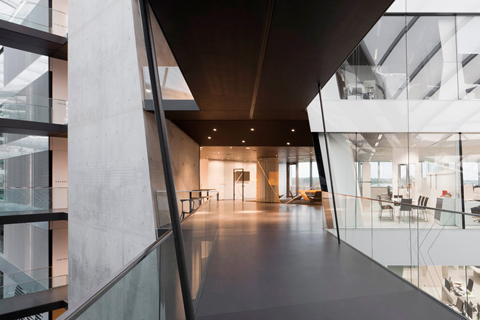 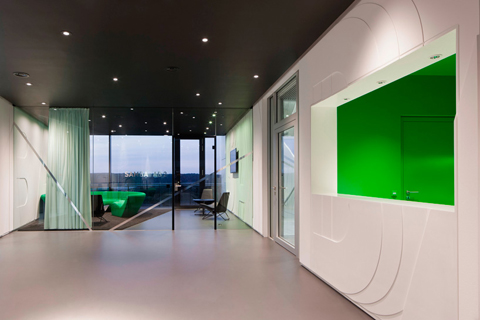 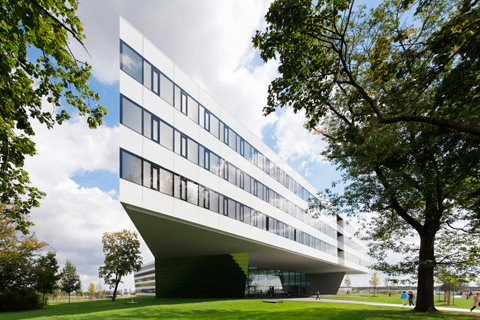 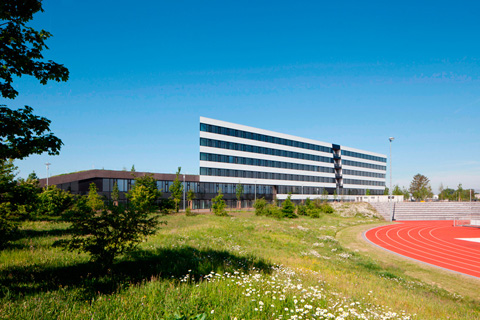 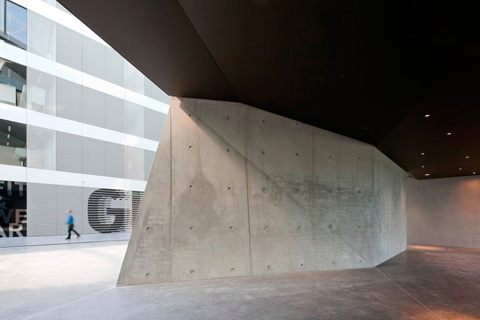 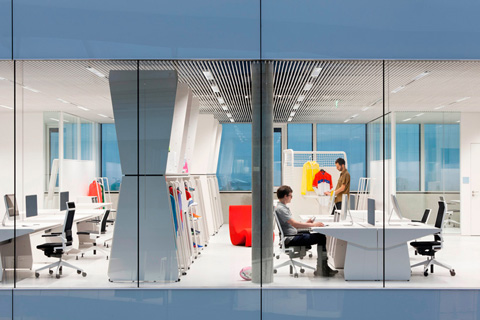 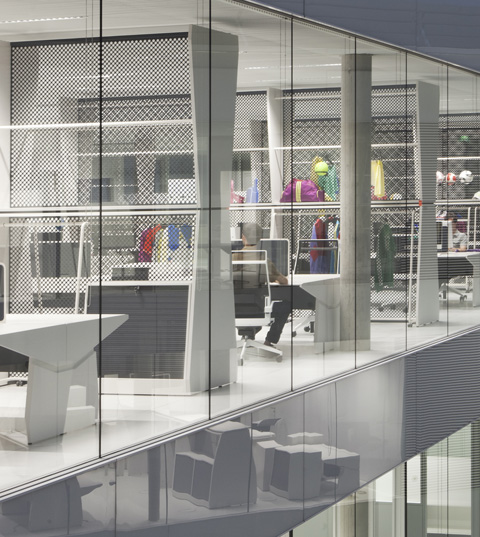 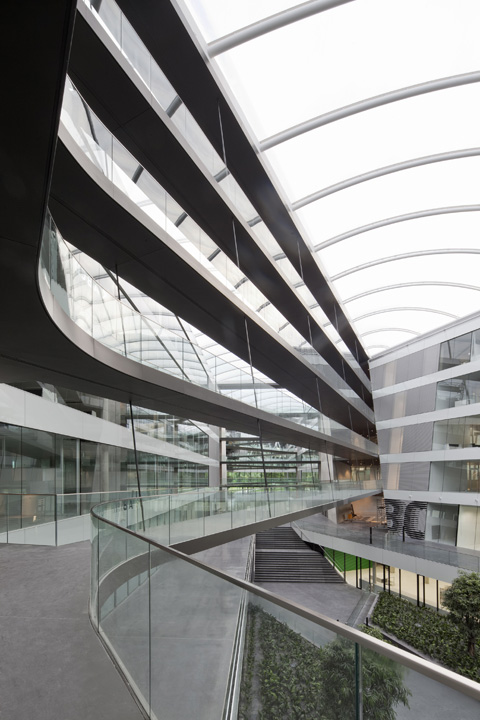 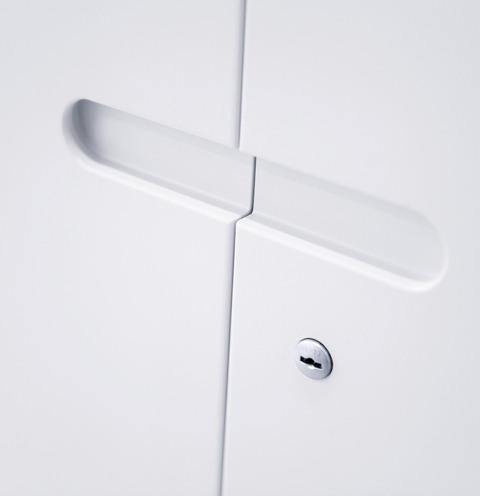 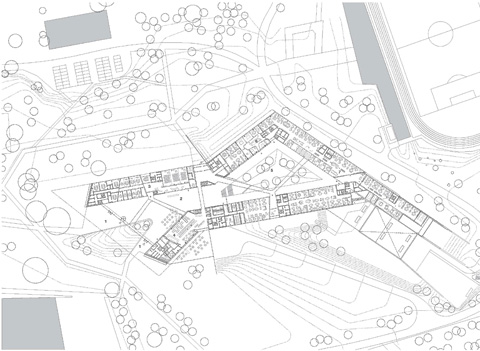 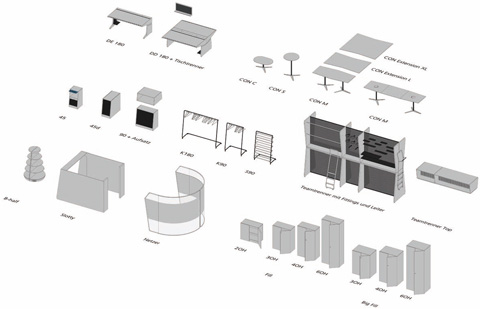 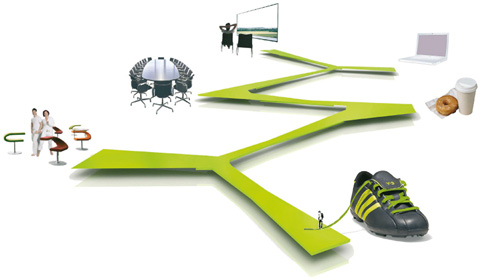 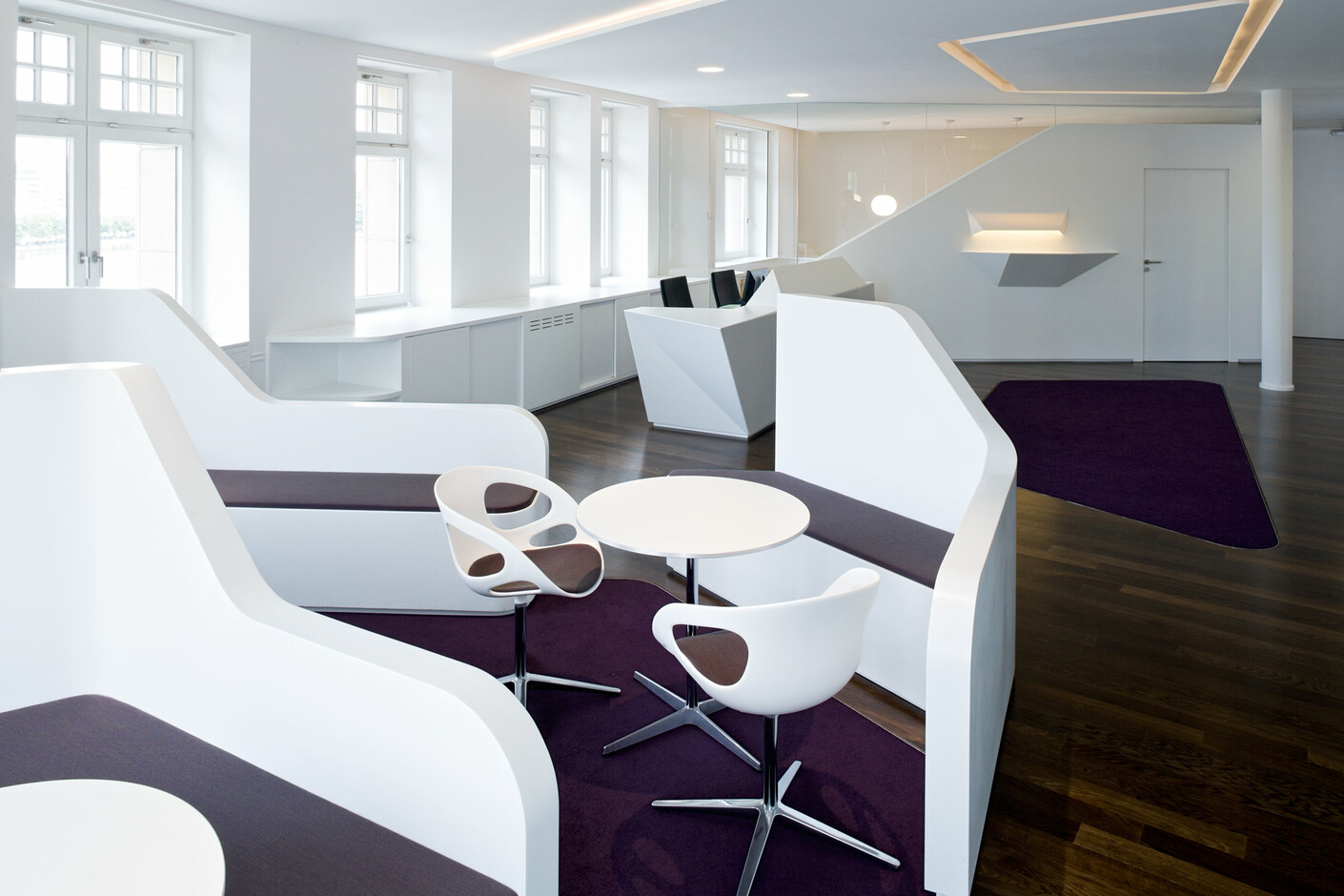 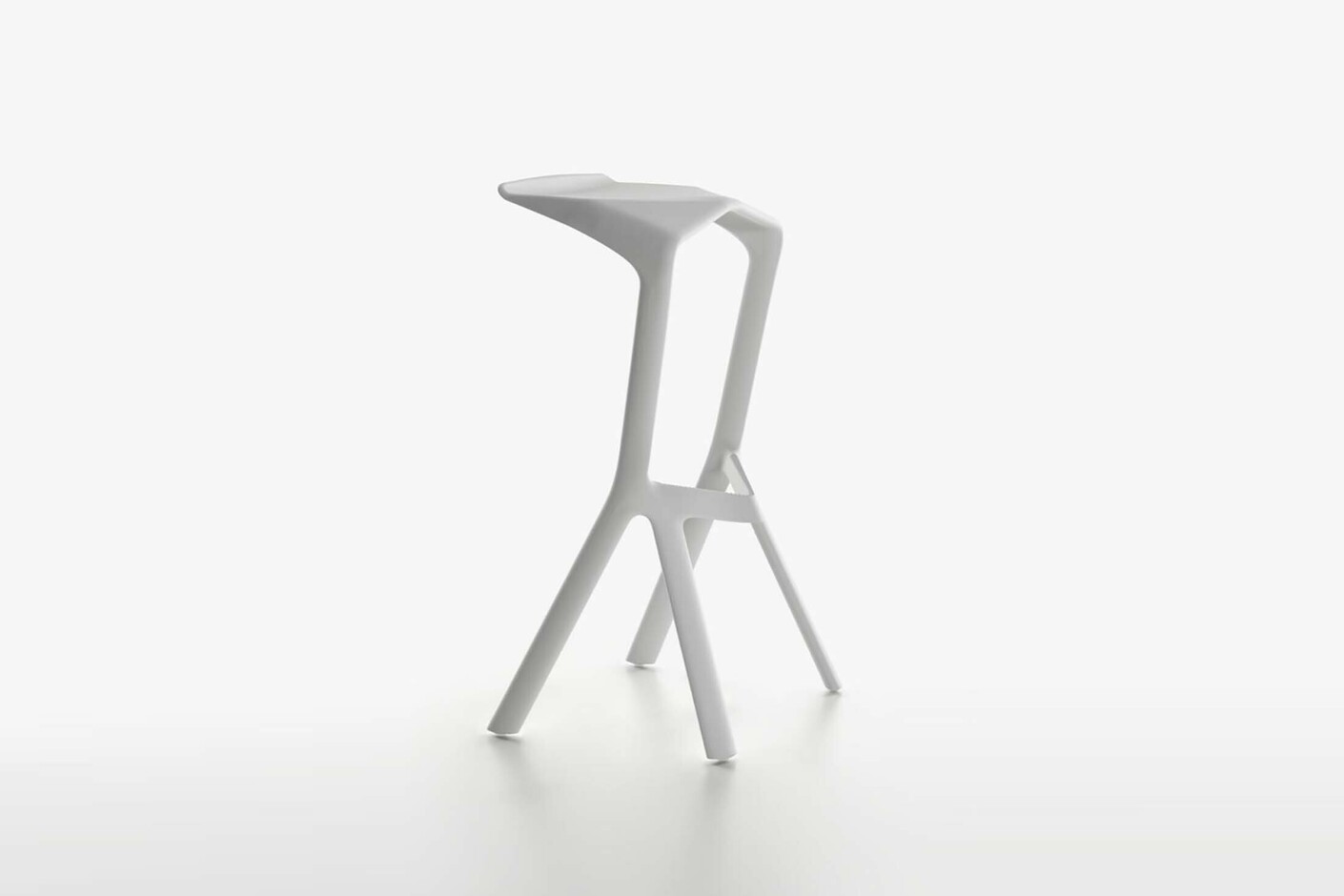 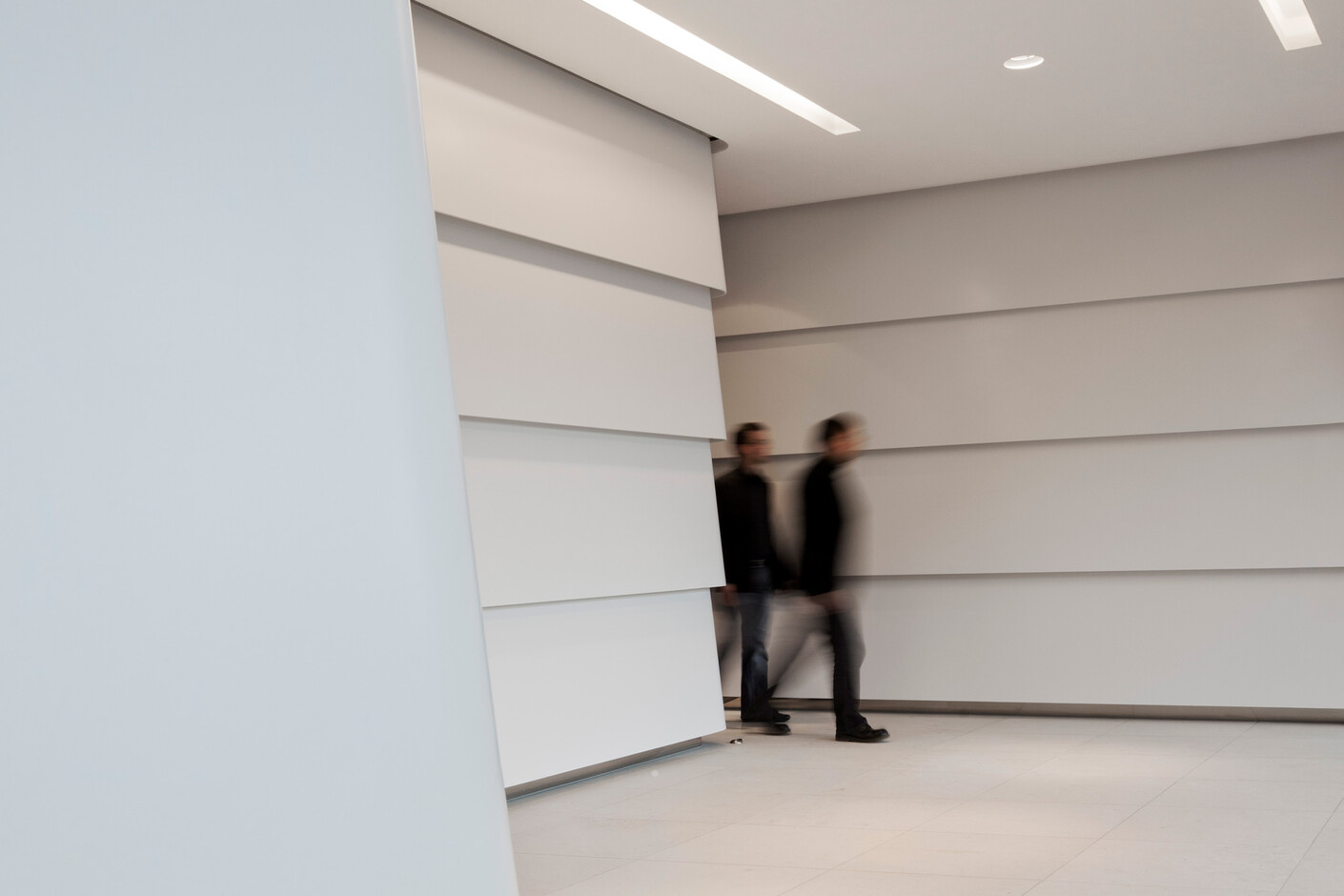 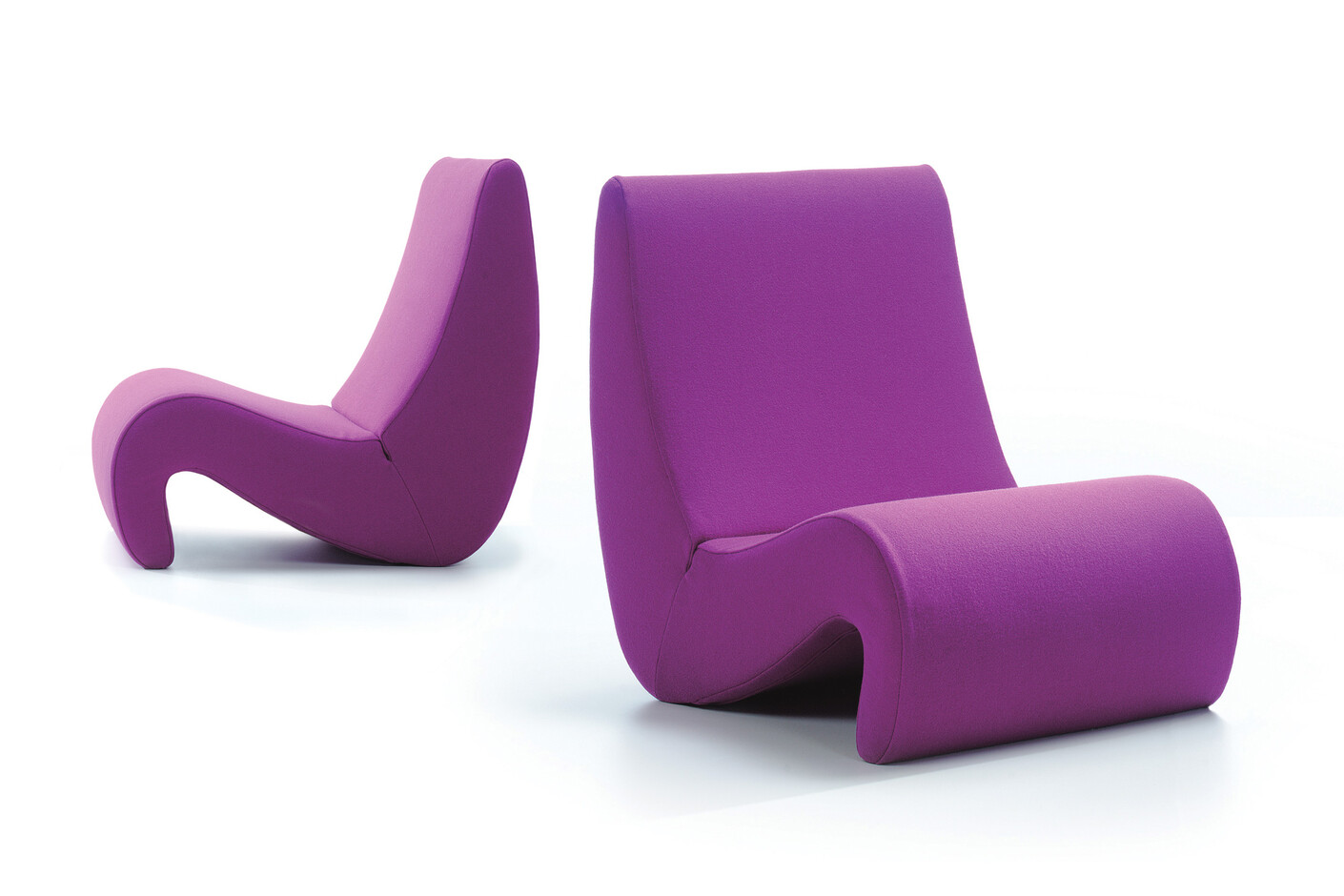 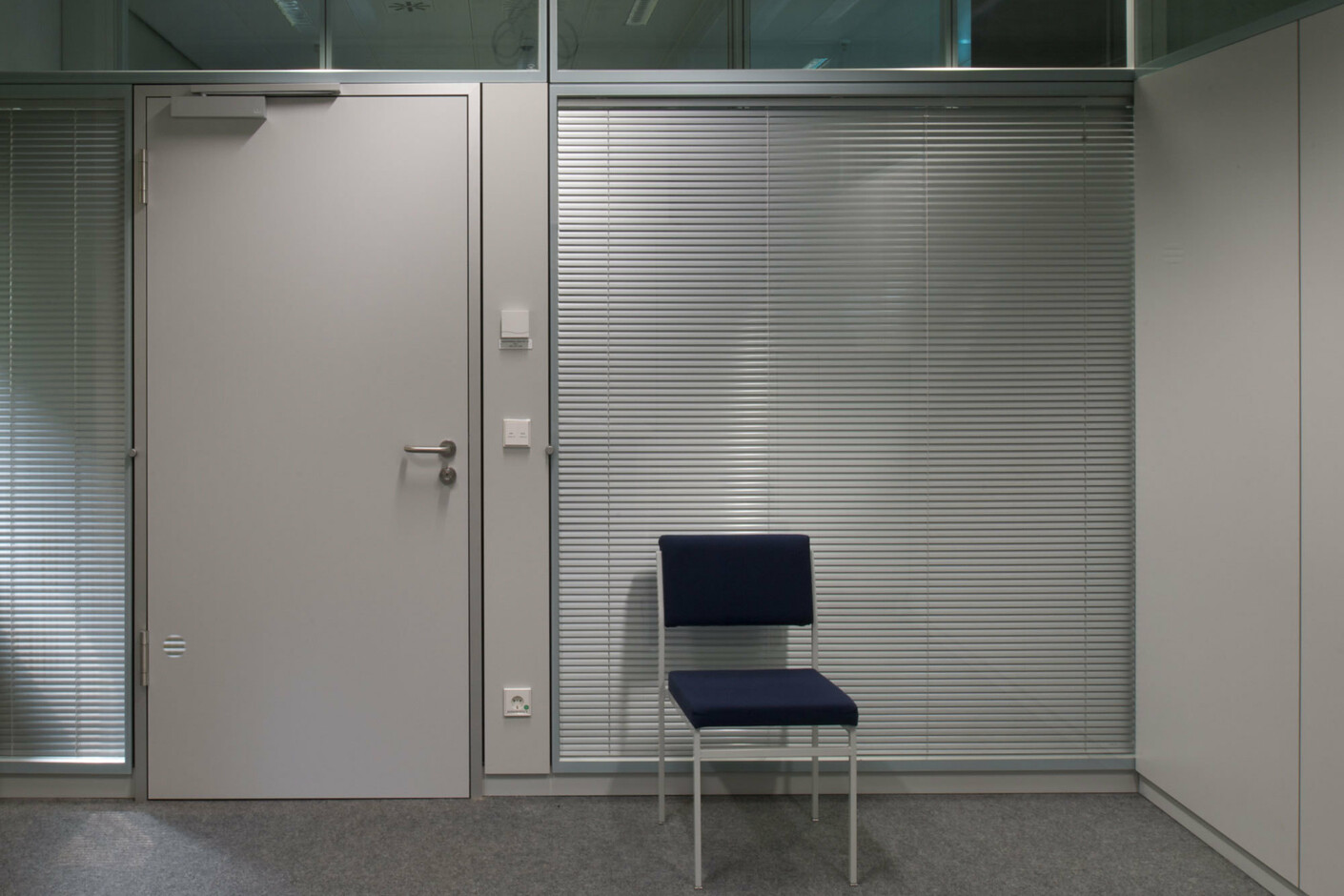 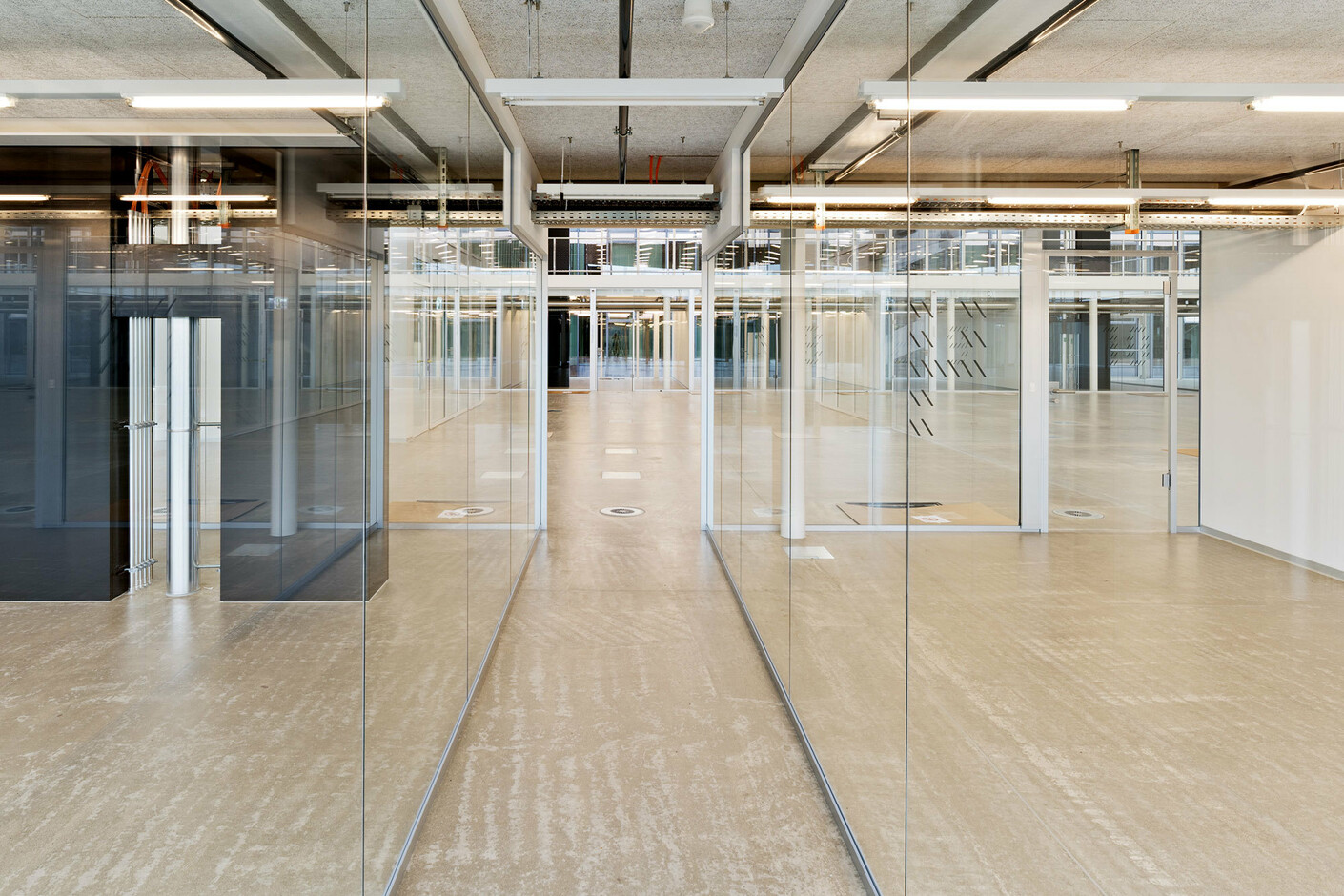 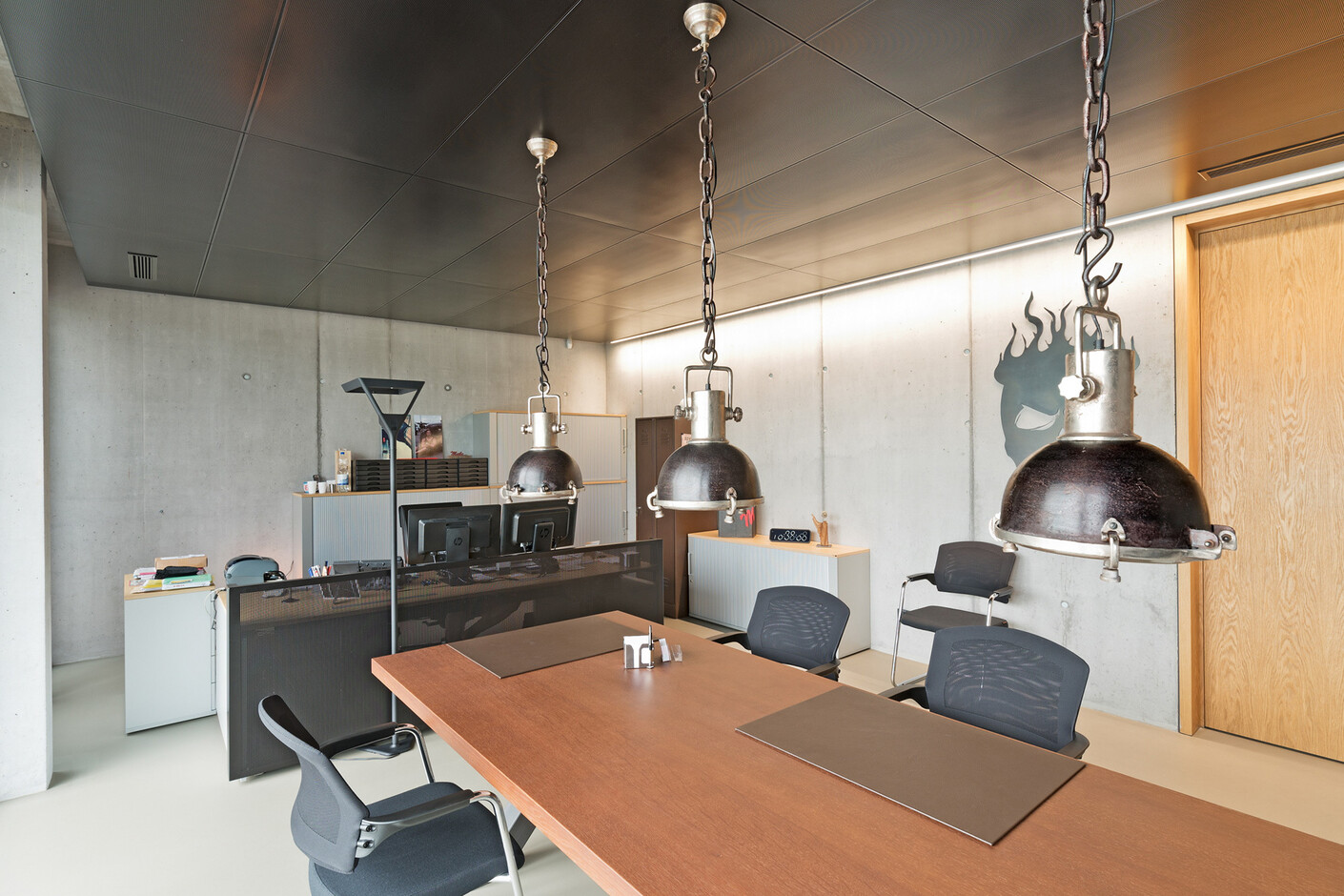