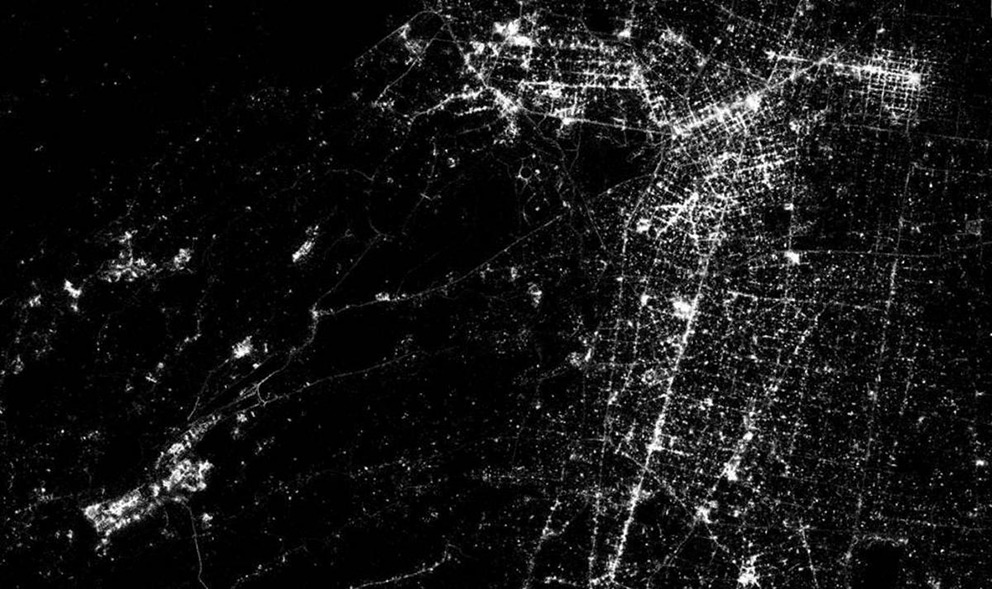 A city can be compared to a living system with constantly shifting demands. In order to adapt to these demands, it needs sensors (eyes, ears, skin), controllers (brains), and actuators (hands and legs). The actuators for mobility are vehicles and transportation systems. In Mexico City we have plenty of them. But Mexico City is a city with very limited sensors and brains. The city is blind, deaf, and dumb. Mexico City functions more like a machine than like a living system and cannot adapt to the constantly changing demands of its inhabitants.

Mexico City is the world capital of never-ending tailbacks

Mexico City has the most painful commute in the world. With more than ten percent of the working population spending more than 3:30 per day commuting, the economic, environmental, social, and health costs of a dysfunctional mobility are beyond measure. One of the most problematic regions is the new business district, Santa Fe, located on the western hills of the Valley of Mexico and with limited accessibility for its more than 200,000 daily commuters. How can we transform mobilities in Mexico City to be more like a living system? Technology has developed the necessary tools. Almost everyone carries a sensor in their pocket in the form of a mobile phone. Data generated with this technology can be used to create more efficient actions and improve mobility.

Foursquare changes our view of the city

For example we have looked at a map generated with Foursquare, a location-based social networking website for mobile devices. Users "check in" at venues by selecting from a list located nearby. Location is based on GPS in the mobile device or network location provided by the application, and the map is based on data from the OpenStreetMap project. For Mexico City check-ins reveals that there is not only a mobility gap between Santa Fe to the west and the rest of the city. There is a social gap, as the dark spaces are occupied by low income citizens. One of the challenges for Mexico City will be to bridge the gap between Santa Fe and the rest of the city and to integrate the citizens living close to Santa Fe - but segregated from it.

In another example, we have followed geolocated Tweets, which reveal without any further data processing that most of people tweeting in Santa Fe are travelling to the east, to the region south of Paseo de la Reforma. Consequently we should ask ourselves if the mobility demand could be reduced, by generating more employment downtown and housing offers closer to Santa Fe. In our research we will be further exploring how data can improve mobility by promoting participation and collaboration between government, companies, academia, NGOs, and citizens. We will process the data, generating useful and meaningful information that will enable different actors to make better decisions and ultimately suggest potential solutions. Combining historic and real time data, we will be able to generate short-term predictions that will benefit the city, making it more like a living system. Since ours is a low cost, high impact approach, the lessons learned should be reproducible in other megacities from developing countries in Latin America, Asia, and Africa 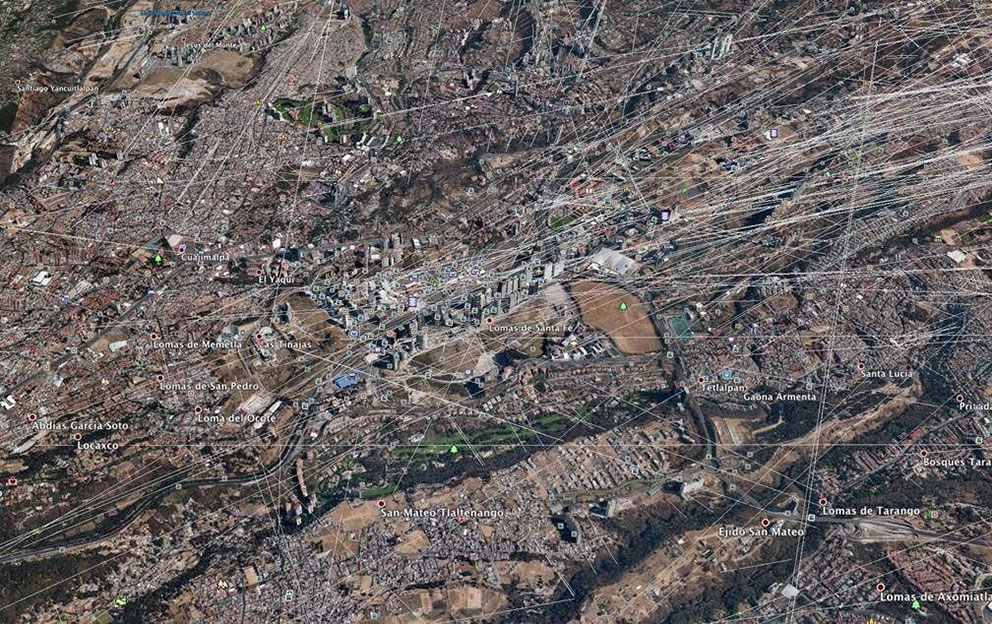 The team collects first indications about the interest and travel direction of the commuters from twitter activities. Image © Audi Urban Future Initiative
Advertisement