The Parliament building in Vaduz, which was designed by the German architect Hansjörg Göritz, and which gives the body its first sitting premises in its history, forms the core of the government district.

Hansjörg Göritz reinterpreted the original construction plans and came up with two buildings, whose unusually simple, almost religious shapes, boosts Vaduz' profile with regard to urban planning. The uniform materiality and consistent exclusive use of ochre yellow exposed tiles underscore the structural context. From the underground car park to the chambers 680,000 specially produced tiles adorn the buildings walls and ceilings. The warm light emanating from the tiles creates a particular atmosphere both inside and outside the buildings. The "kelesto" clinker used, which is made by the Swiss family-run company Keller, is a coarse ceramic natural product manufactured in a natural firing process.

The steep roof of the High House features a skylight with lamellas. The roof window which extends along the entire ridge and was made by the Swiss company Stebler Glashaus, gives the plenum natural light and excellent ventilation. It also adopts the texture of the roof tiles. 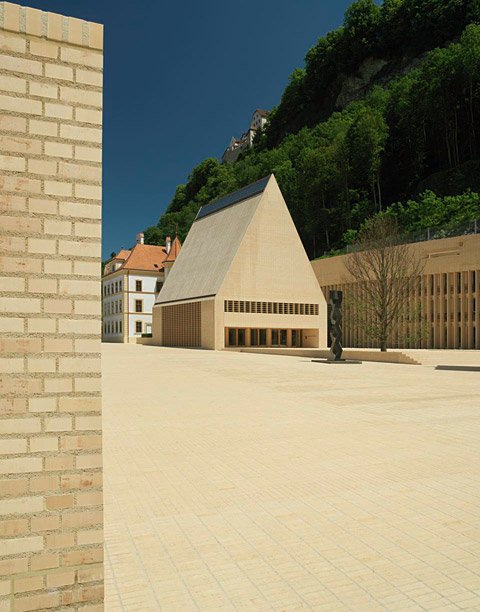 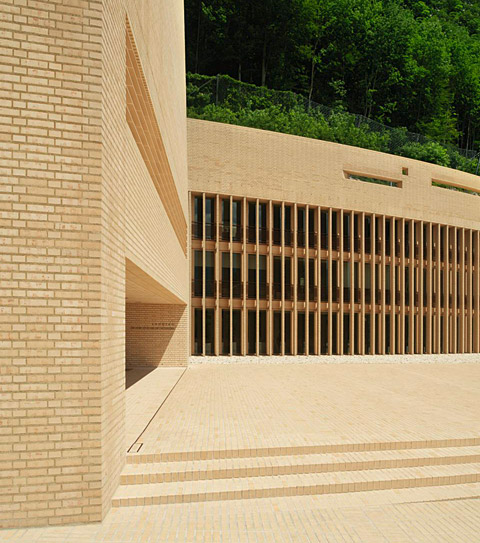 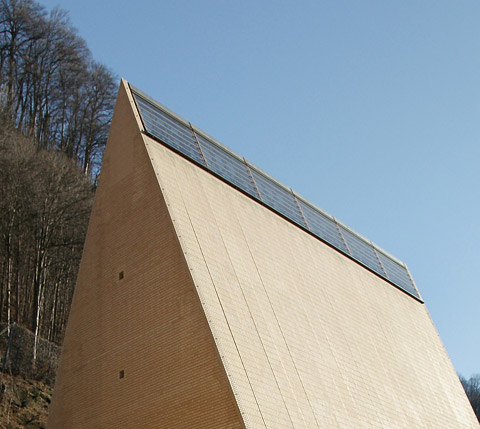 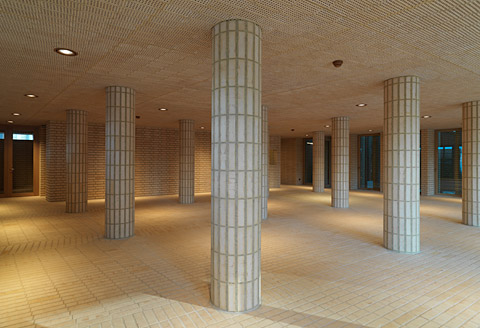 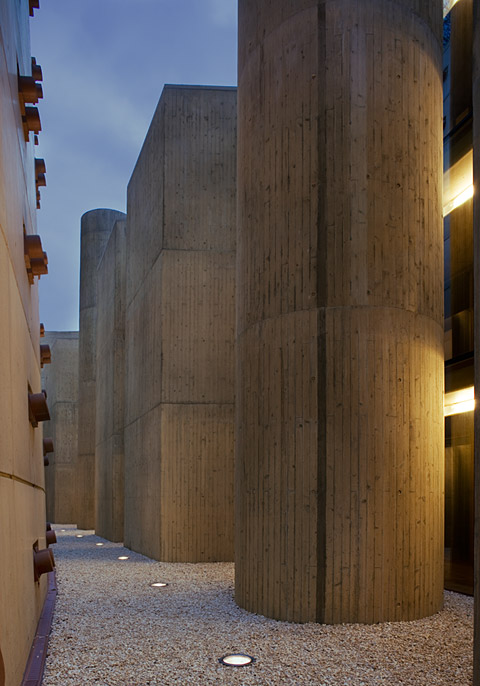 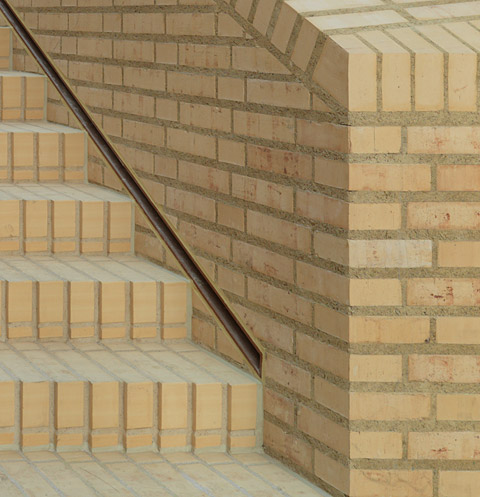 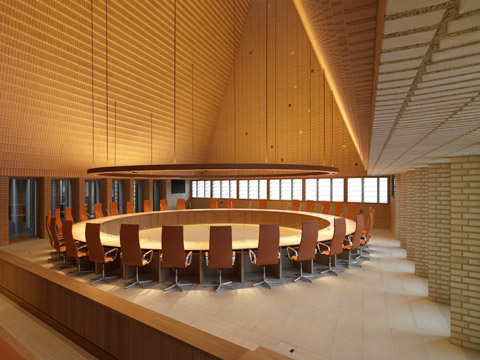 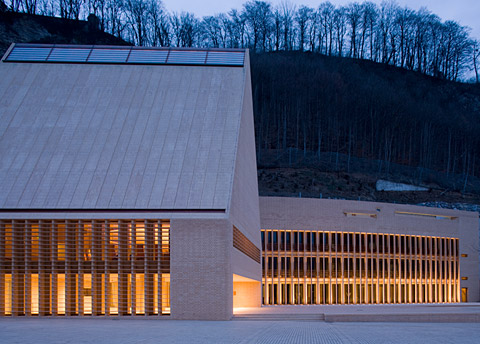 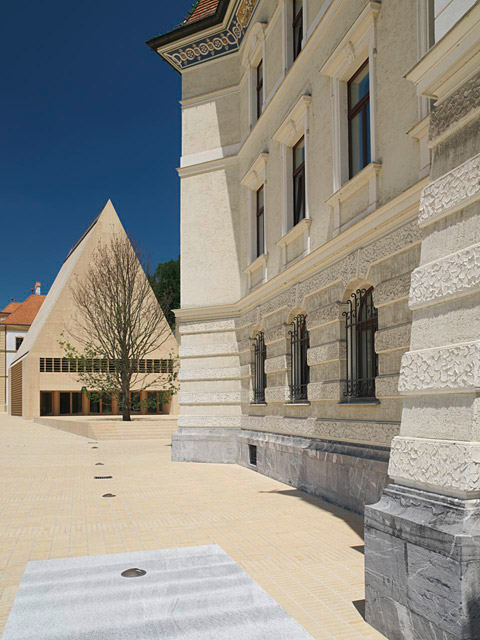 The Parliament building in Vaduz, Liechtenstein | all photos © image courtesy of Hansjörg Göritz 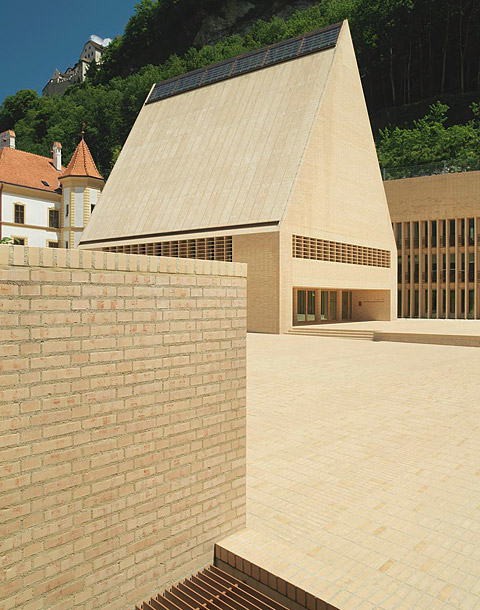 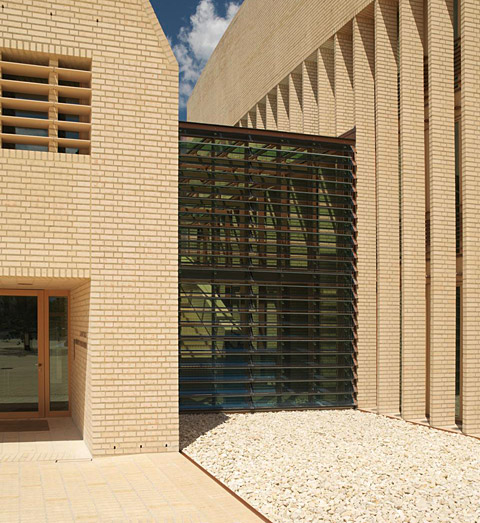 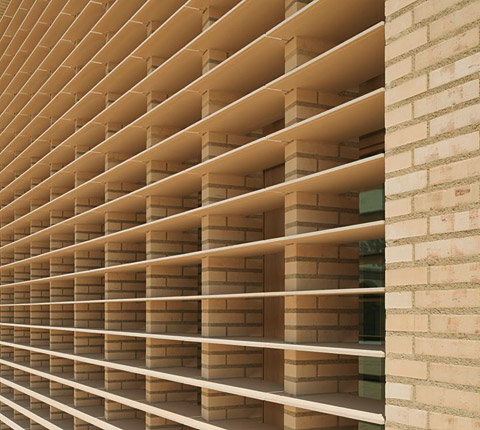 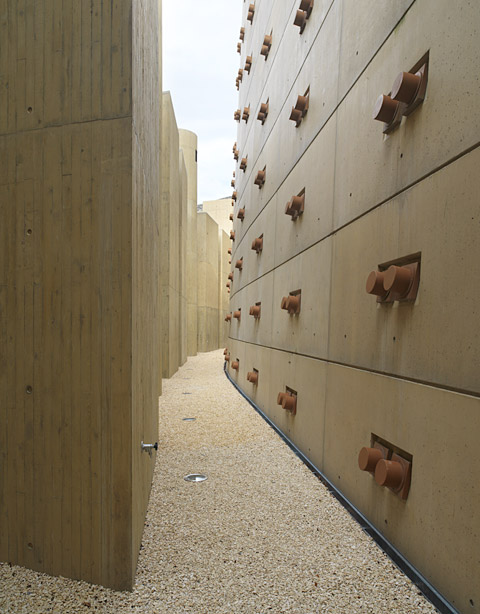 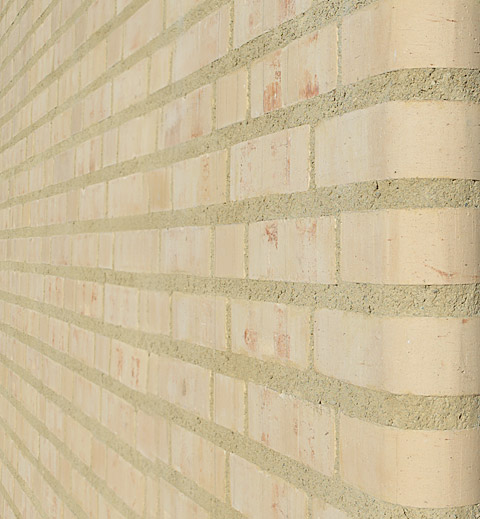 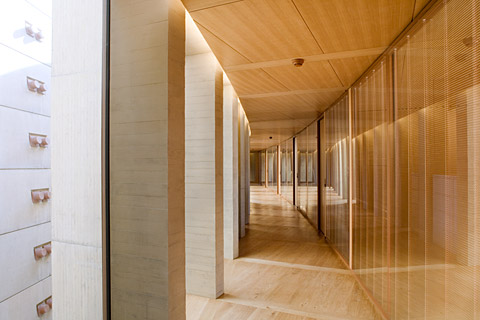 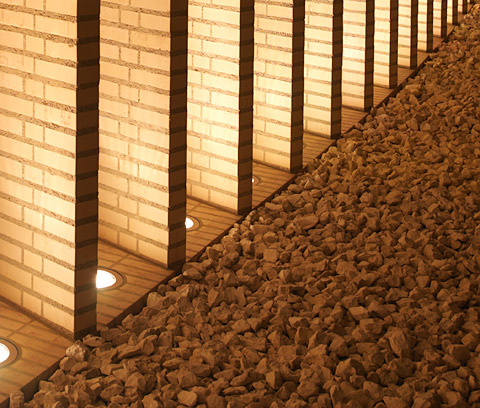 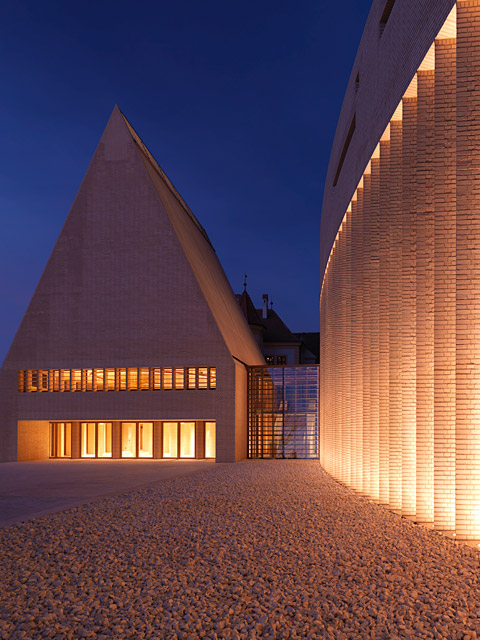