The façade is more than just the face of a building. Today, it is also the brain of a building geared to energy efficiency. For the façade controls the light exposure and ventilation, UV protection, and the effects of heat and cold. After two years of development work, the "Schuco E2" façade has advanced from prototype to a system ready for mass production. The first projects with "Schuco E2" façade modules are already under construction, others are in the planning.

The façade system has been designed as a modular system and combines the aesthetic and intelligent interrelation of the following core functions: decentralized ventilation, flush integrated opening elements, high-performance UV protection, and solar energy production with modern thin-film technology. All components and functions are combined and integrated into this system.
Individual, clearly perceptible components which are essential for the functionalities often interfere with the architect's design freedom and can thus decisively influence the optical appearance.
The individual components of the E² façade system, by contrast, are no longer visible and this considerably increases the design scope of the developer. Moreover, the primary energy requirements for heating, cooling and ventilation can be reduced by up to 50 percent compared with the 2009 German Energy Saving Decree of 2009. 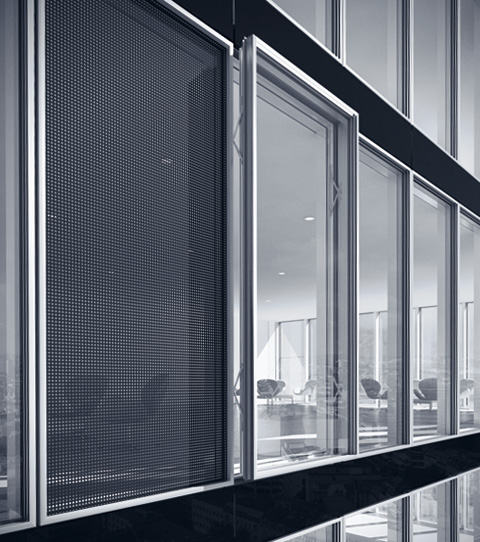 Opening sections: Parallel tilting windows that open either inwards or outwards and with or without cross bars are available, either with manual or electronic controls. In both cases, the wing frames fit almost flush into the load-bearing structure.

Equipment Concept 4:The most efficient of the five possible plant concepts in energy terms introduces warm and cold outside air into the room through slit outlets in the ceiling. 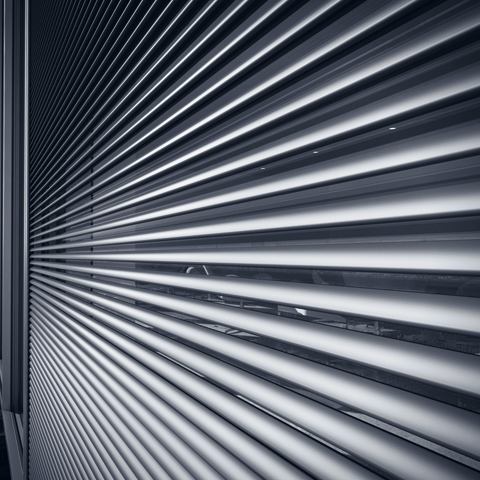 de once the sun has risen to 20° and yet afford very great transparency at an angle of 70°. 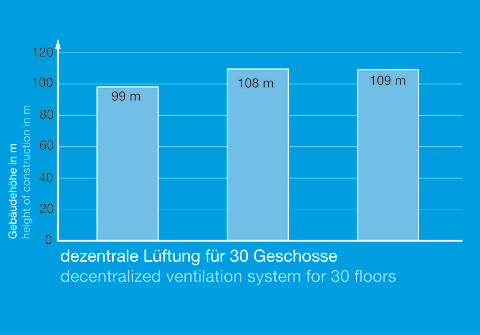 Three storeys more with decentralized ventilation: Integration of the ventilation technology into the transitions between the storeys saves a lot of space and enhances the scope for design. 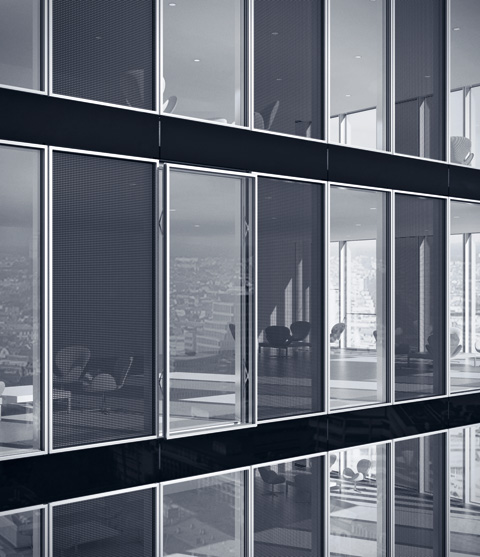 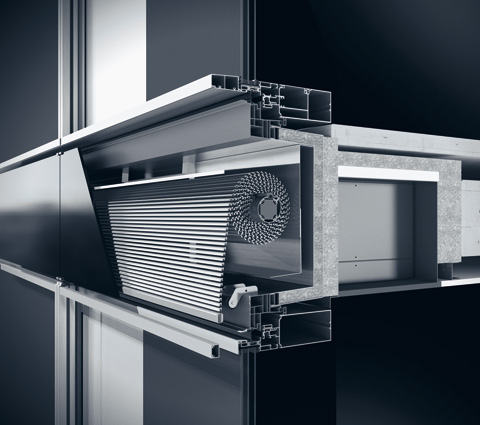 Cross-section of the transition between two storeys in an E² façade built using the Equipment Concept 4 version: ventilation is handled by the equipment positioned in the respective ceiling. 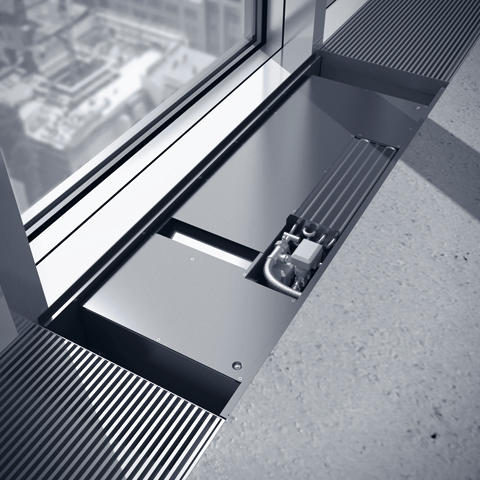 Decentralized ventilation technology, integrated here into the floor in line with Equipment Concept 1/2: The module has been unobtrusively inserted into the section in front of the ceiling between two storeys. 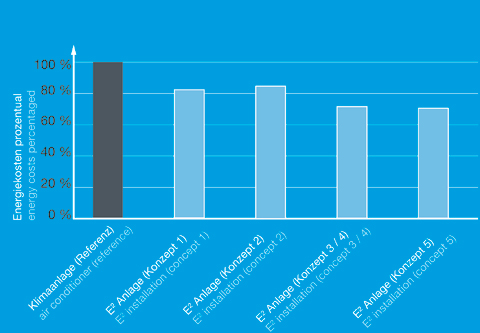 Up to 30 percent of the energy costs can be saved by using the decentralized ventilation concepts provided by Schüco E² systems technology.
Advertisement