The "NO99 Theater" is a complex that treads a thin line between pure functional container building and an art installation. On the occasion of an expansive urban development plan by the City of Tallinn, which was European Capital of Culture in 2011, the NO99 Theater was established as a temporary summer residence. From May until October it hosted cultural events and theater performances. The "straw theater" is located in downtown Tallinn, above the former Skoone Bastion, one of the best preserved Baroque fortifications in Estonia.

To adapt to the steep slope, the theater takes the shape of a terraced structure. A tunnel entrance leads up several sets of stairs into the concert and theater hall. Not just the construction (the theater is a simple wooden structure clad in straw), but the use of black throughout lend it a strong character as a standalone. The bales of straw have been painted uniformly black and stacked in lines next to and over one another. The overall structure is somewhat reminiscent of a traditional graduation tower, such as are still to be found in some spas in the one or other European country. The temporary cultural institution was designed by Estonian architects Salto AB. 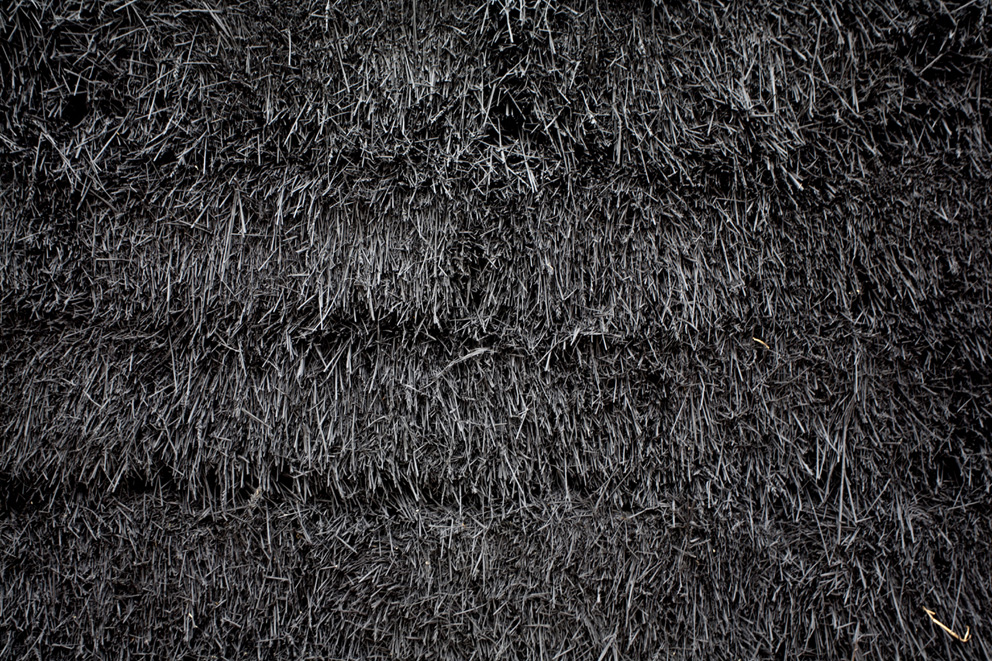 NO99 Straw Theater in Tallinn, by Salto AB | All photos © Martin Siplane, with exceptions by Paul Aguraiuja, Karli Luik

NO99 Straw Theater in Tallinn, by Salto AB | All photos © Martin Siplane, with exceptions by Paul Aguraiuja, Karli Luik 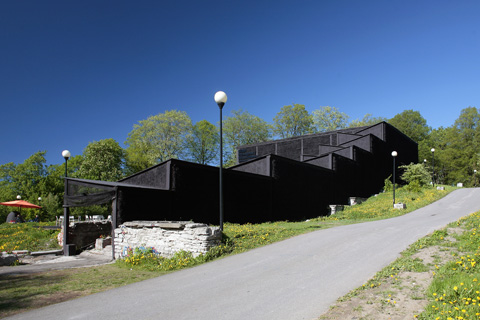 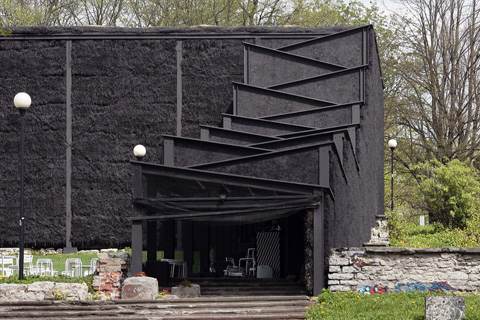 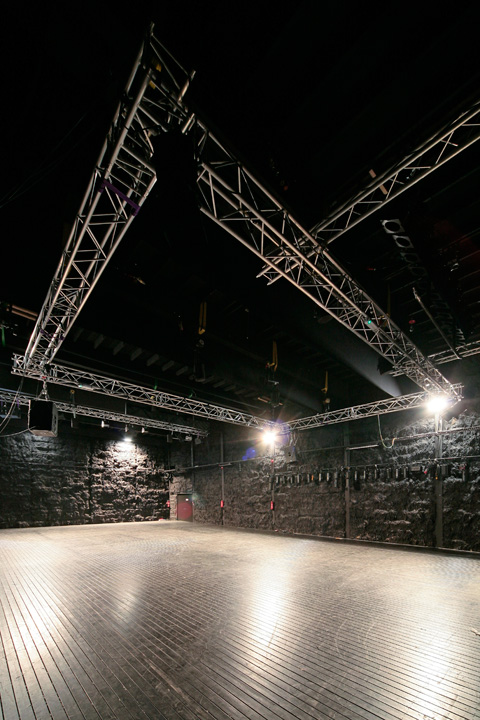 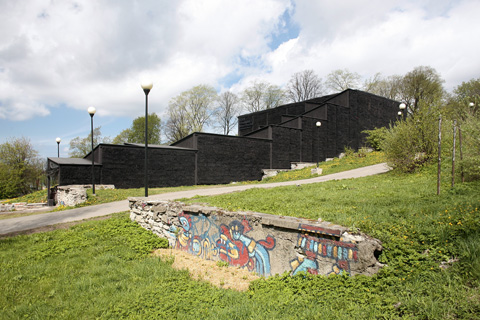 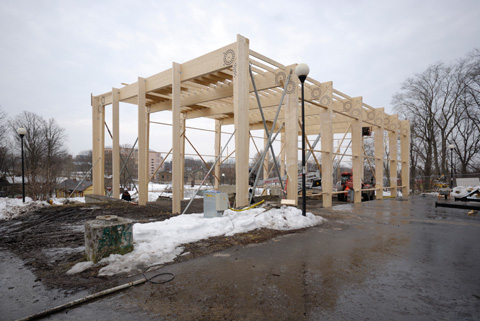 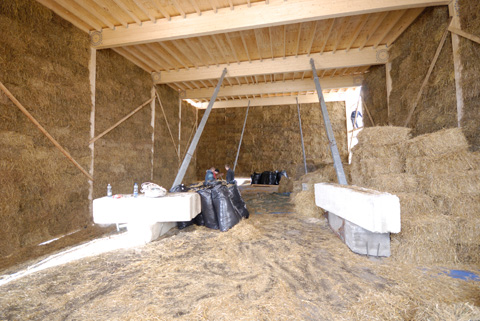 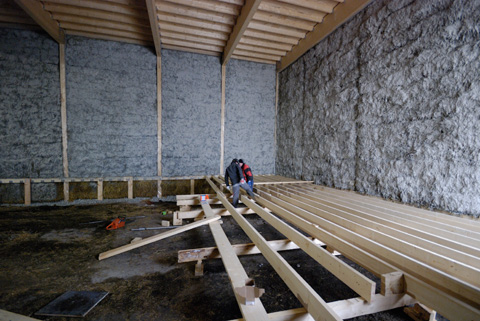 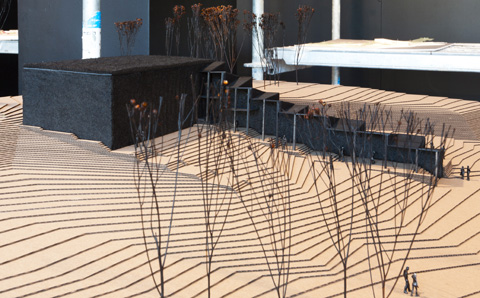 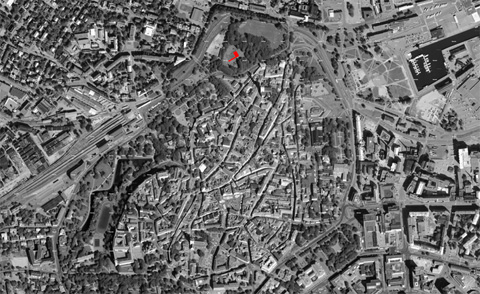 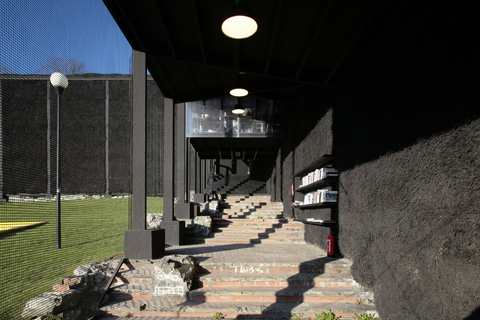 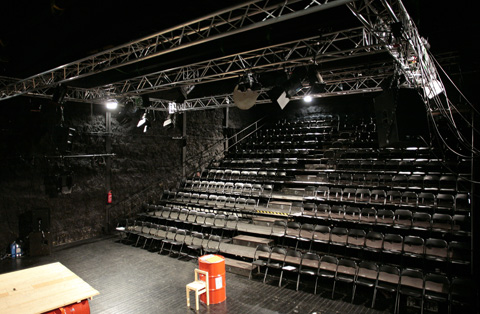 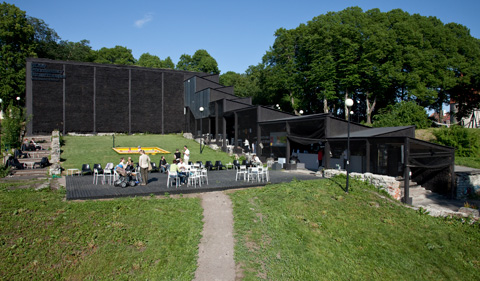 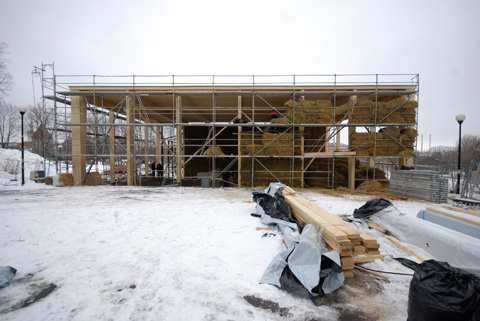 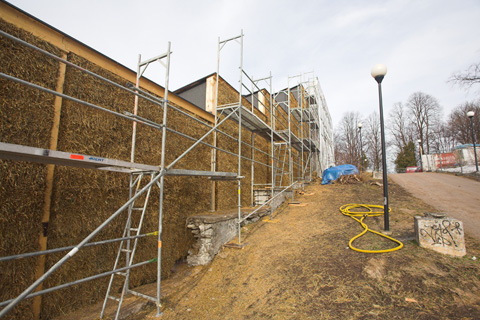 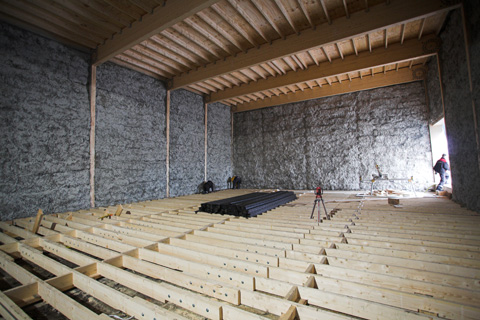 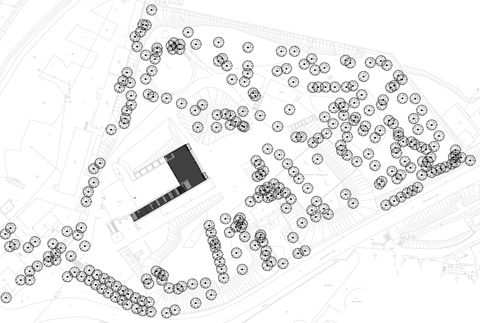