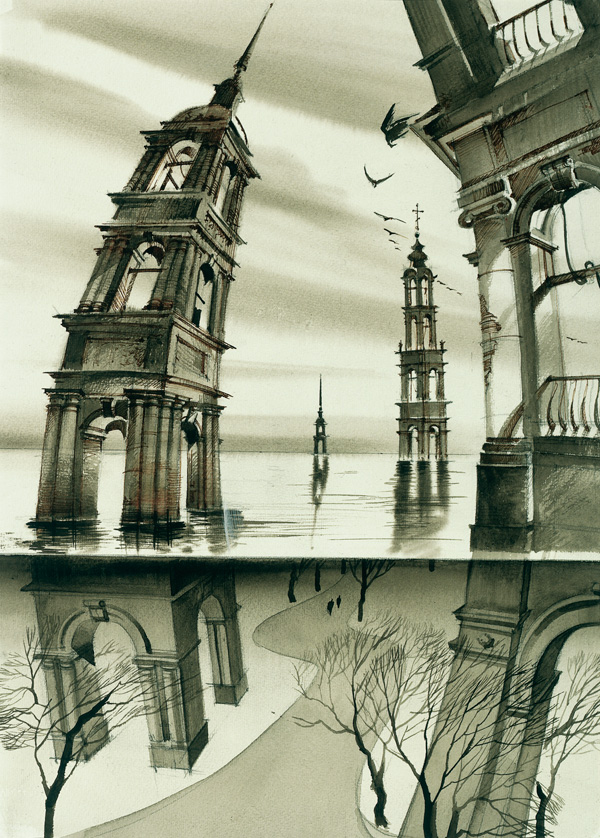 "The more invisible life in a flooded city remains concealed to the eye, but it nevertheless there." Sergei Tchoban

Much remains concealed from the human eye, be it a city's infrastructure that extended down deep into the earth or pre-Flood scenarios of sunken cities. The ocean depths, beyond the range of what we can explore, likewise remain beyond our ken, along with the species that arise there and live there. Yet even if most escapes our perception, we nevertheless find invisible life everywhere.

At present the drawings by architect Sergei Tchoban are on show in an exhibition entitled "Architectural Worlds", in Deutsches Architekturmuseum in Frankfurt; it closes on March 14, 2010.