Ruban Bleu is a shopping mall that considers itself a hive of urban activity and consequently not only respects the existing townscape but employs the means of modern architecture to expand upon it, adding a new attractive building block to the urban fabric.

The building by architectural firm Reichen & Robert Associates marks the transition from the urban center to the historic harbor in the French municipality of Saint Nazaire. As a stand-alone edifice it mediates between the alternate physical worlds of the urban and the nautical.

Facing the harbor, this extremely large structure, as is common for such malls, is integrated in an intriguing urban silhouette, which not only maintains the aesthetic standard but with the square at the front also provides an inviting place for people to spend time.

In correspondence with the neighboring submarine base, Ruban Bleu boasts a specular and reflecting façade made of embossed, perforated plates; a design motif that is continued in the building’s interior. In keeping with the maritime theme, the patterned ceiling panels are poetically reminiscent of a body of water, shimmering and rippling as though set into motion by a skimming stone.

The perforated plates created especially for this design concept were produced by RMIG. With the City Emotion Concept, RMIG further developed the perforated plates into a material that has proved to be of particular interest within contemporary architecture, is comparatively inexpensive and easy to work with and furthermore opens up new and interesting options for design. 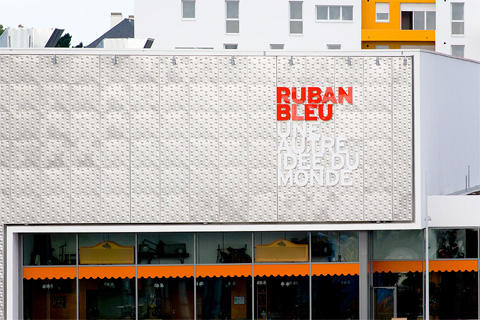 Connecting element between the city and the harbor: the Ruban Bleu shopping mall, photo © RMIG 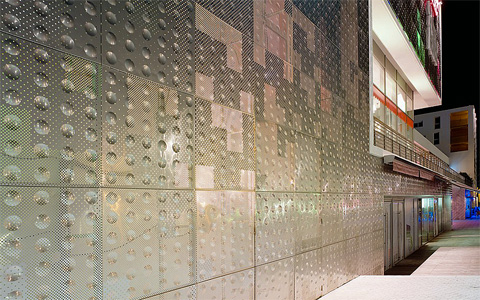 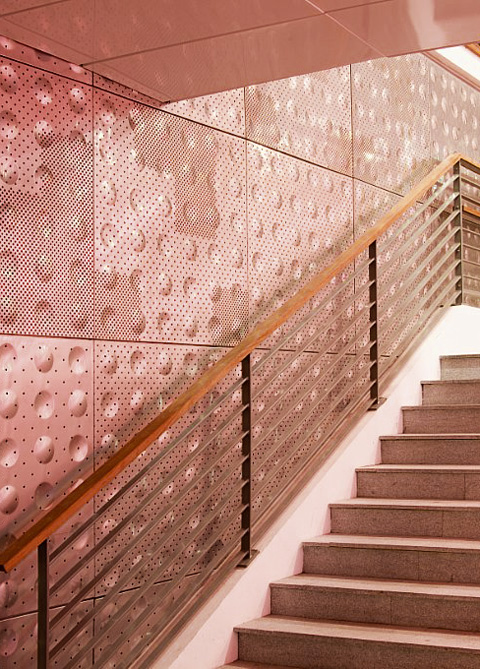 The ceiling appears to reflect a body of water, photo © RMIG 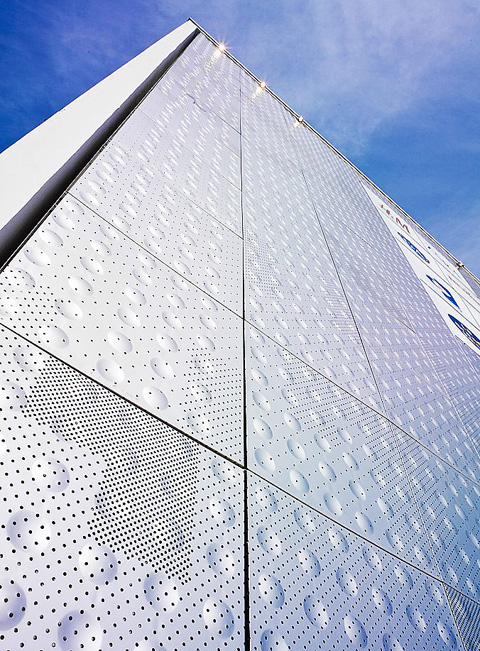 The façade of the Ruban Bleu shopping mall in the French harbor town of Saint Nazaire was developed by specialist RMIG, photo © RMIG 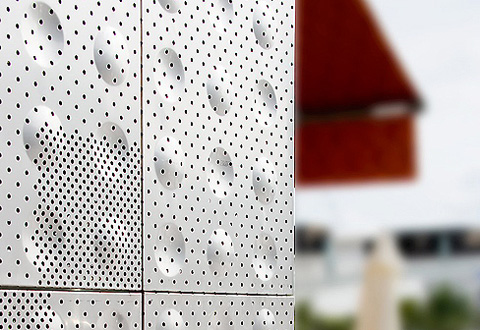 Unique appearance thanks to a façade made of embossed and perforated plates, photo © RMIG 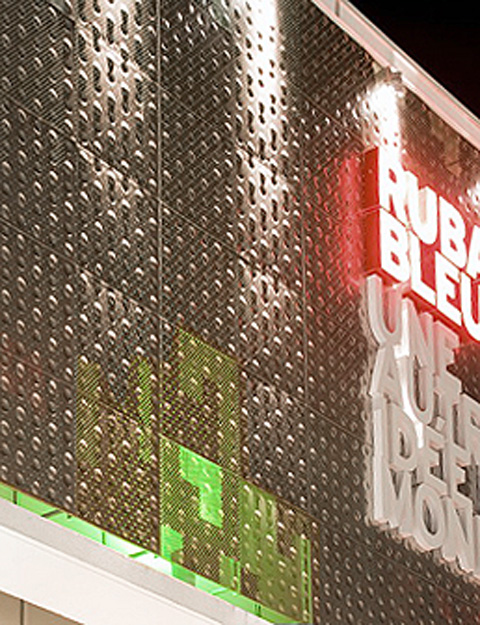 Perforated plates by RMIG are inexpensive and easy to work with, photo © RMIG 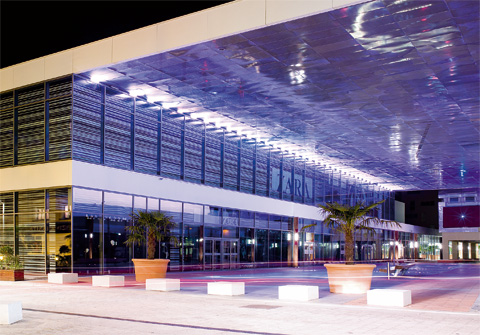 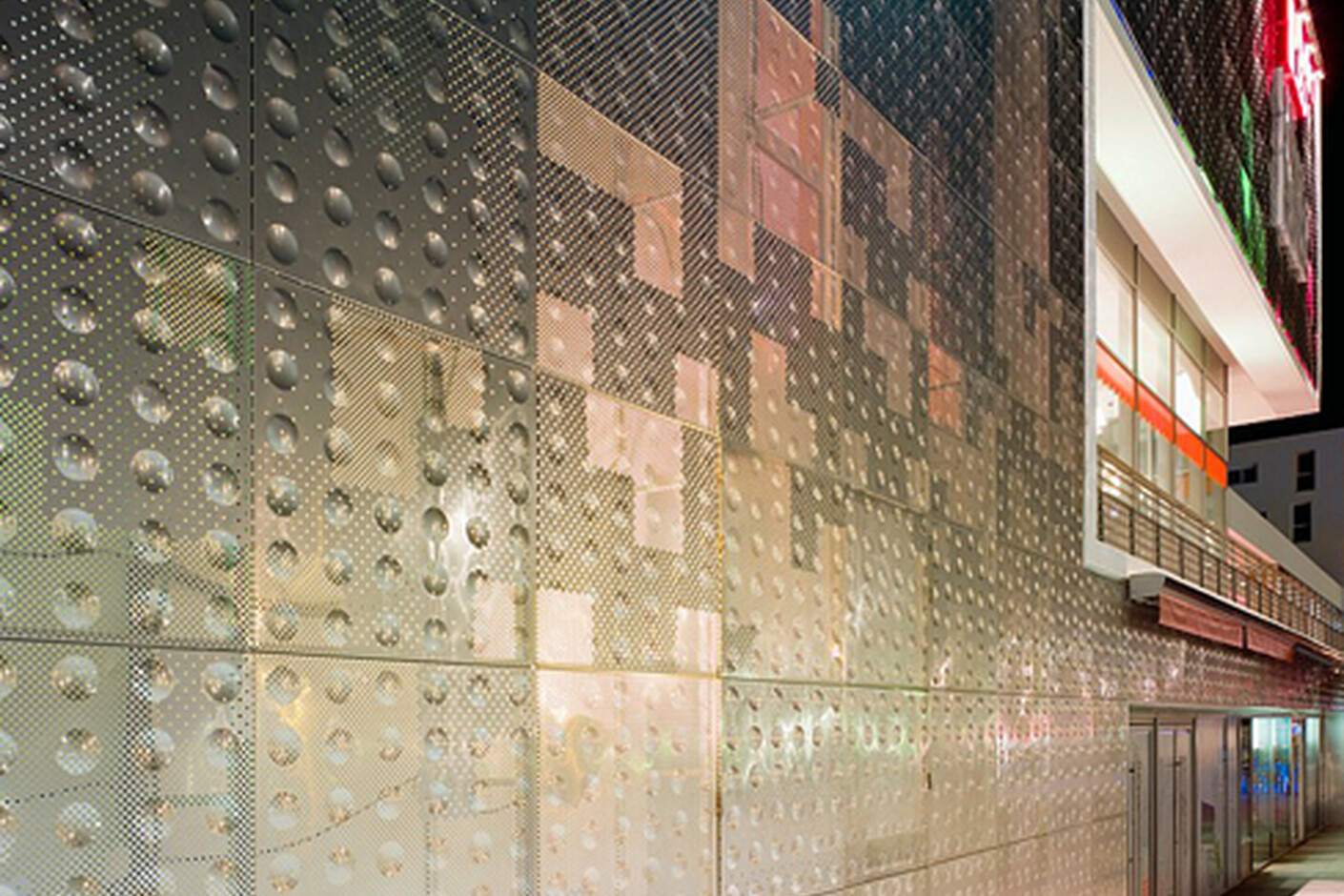