A weather-beaten windmill from wood and copper had a significant impact on Herzog & De Meuron's design concept for the De Young Memorial Museum in San Francisco. They discovered the windmill at nearby Ocean Beach when out jogging in Golden Gate Park in order to get an idea of the surrounding terrain. Jacques Herzog considers the De Young Museum's copper façade with its convex and concave embossed patterns a seismograph which can record and pass on changes of daylight and seasons like a water pool.

Due to vibrant changes in the surface during the oxidation process, Herzog & De Meuron deliberately chose the copper cladding of the TECU® Classic brand. Thanks to natural oxidation, contrasting nuances of red-brown, gold, blue, black and finally green will develop gradually. Here, the colors will even constantly alter with the changes in light and shade. Never before had so much copper been used for the outer surface of a building: 428 tons in 7,200 plates with 1,500,000 embossings and perforations. 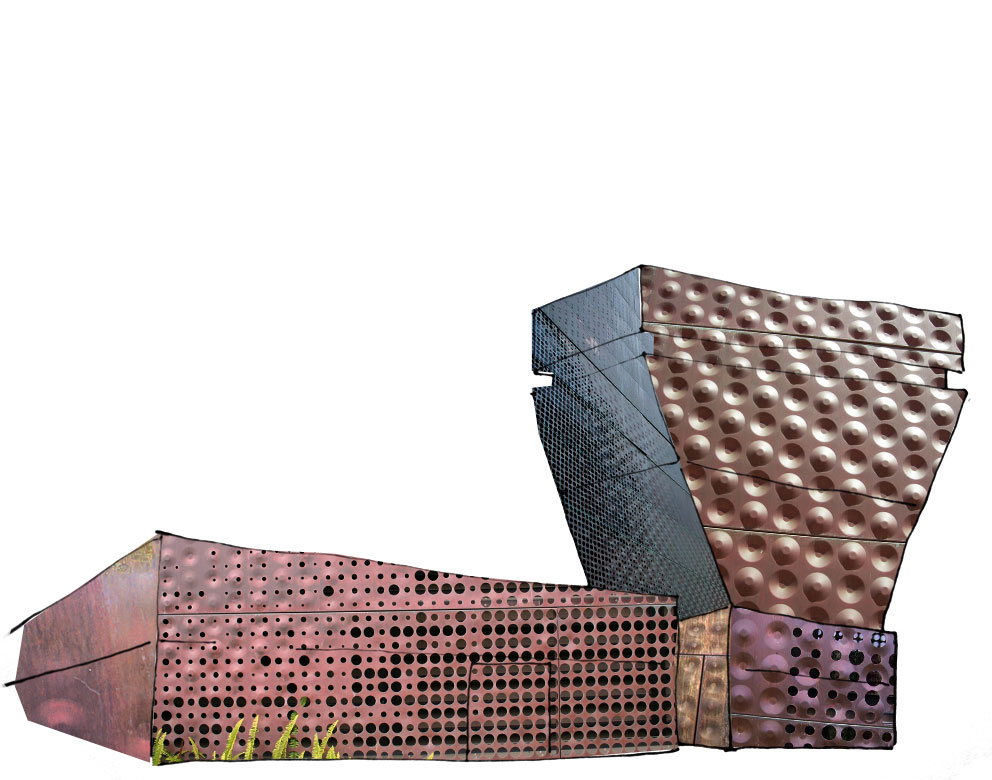